Homecomings, tailgating, and football, it’s time for college tours. For those that hope to attend an HBCU, this time of year can be extra special because no one does Homecomings better. Historically Black colleges and universities (HBCUs) are institutions established before the Civil Rights Act to primarily serve the Black community. During segregation in the United States, the overwhelming majority of higher education institutions were predominantly white and completely disqualified or limited Black enrollment. Today HBCU welcome students of all races, but most maintain a majority Black student population.

Here are just a few that future students may visit, along with what not to miss in the area. Please note that all schools have individual tour requirements, so be sure to check those before you visit.

Starting from the North and moving South: 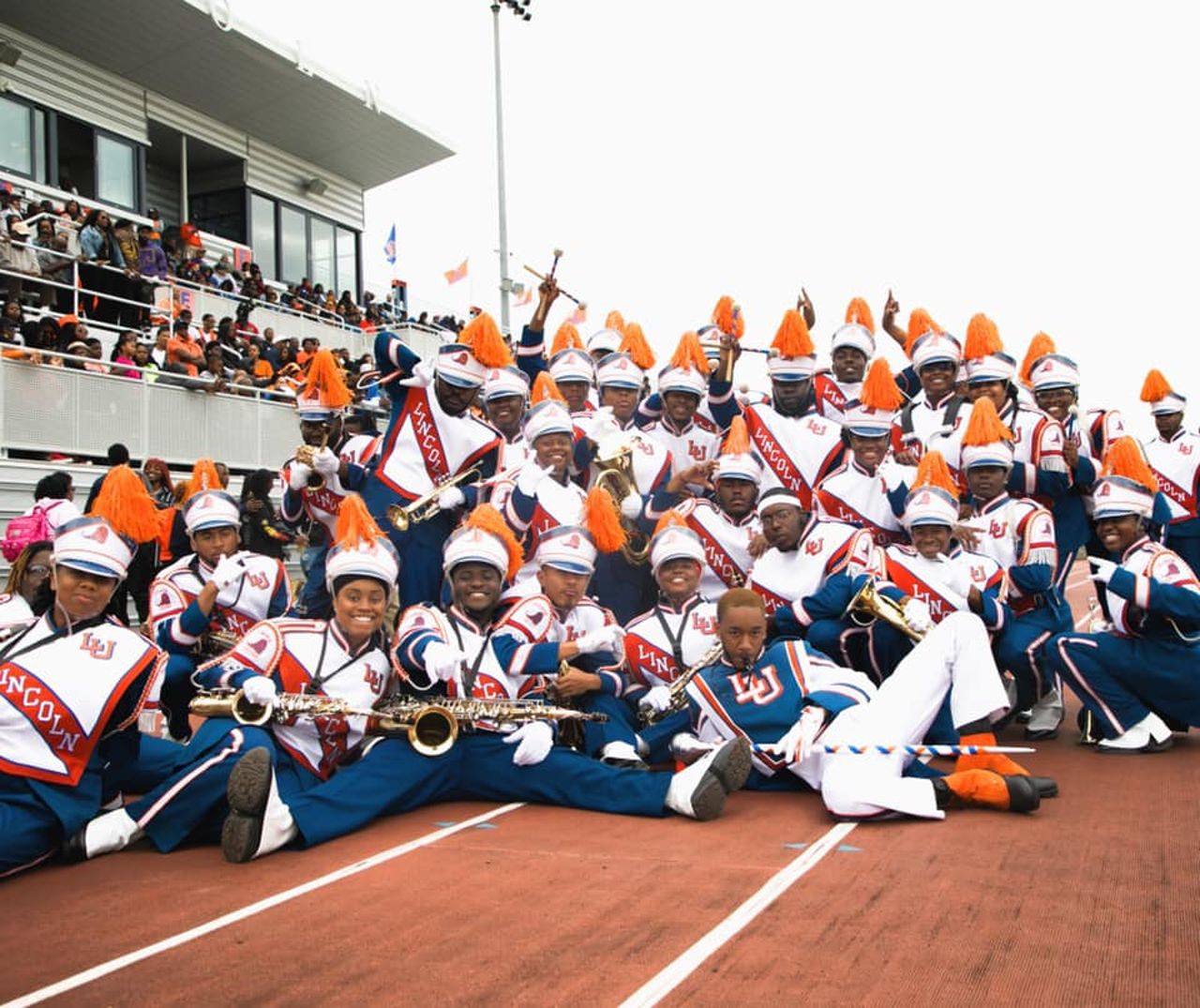 Lincoln University sits about 50 miles east of Philly in Oxford, PA. Organized in 1854, it was the first HBCU to grant actual degrees. The campus is expansive at 422 acres. Previously known as Ashmun Institute, the school was renamed in 1866 after the murder of President Abraham Lincoln. In 1946, celebrated physicist Albert Einstein visited the school and accepted an honorary degree (something he rarely did) because of their commitment to civil rights and fighting social injustices against Black Americans. In his address, Einstein stated,“ … my trip to this institution was on behalf of a worthwhile cause. There is a separation of colored people from white people in the United States. That separation is not a disease of colored people. It’s a disease of white people.”

While you are there:
Finding one place to eat that combines the college student’s two favorite meals isn’t an easy task, but Kelly’s Breakfast & Lunch has it all figured out. With simple yet comfy breakfast favorites like Sausage & Gravy and Cream Chipped Beef, this is a wonderful way to wake up to start your college tour. For anyone into art, the controversial Barnes Foundation is one of America’s unique art museums.

Howard University — With an alumna in the sitting US Vice President, Howard University’s prestige and pedigree often speaks for itself. Organized in 1867 by Black clergymen, Howard became one of the major education centers for freed US slaves, educating over 150,000 of the formerly enslaved in the first five years of the university’s existence. Howard is also known as The Mecca and is consistently in the top five of student populations and ranks among the highest producers of the nation’s Black professionals in pharmacy, engineering, architecture, religion, law, music, social work, and education.

While you are there:
We recently polled Howard Students on their must-dos in DC and Ben’s Chili Bowl was the top choice. Opened in 1958, Ben’s Chili Bowl is a staple in the DC community. From donating food to protesters during the March on Washington to being on the must-stop list of then, newly elected President Barack Obama. The Spice Suite is where students, professors, university staff, and DC natives go to elevate their cooking skills. Hosting spices, teas, kinds of vinegar, and specialty olive oils, to name a few, this spicy spot is often named in DC’s best retail shops. The colorful 4th Street location is also a perfect pit-stop for those doing campus tours and wanting to take the spice of DC back home.

Hampton University — Founded in 1868 to provide an educational curriculum to freed men and women, eventually expanded 10 years later to educate Native Americans. In 1872, Booker T. Washington arrived at the campus at age 16 and became a teacher at the university after he graduated. Washington later became one of the founding fathers of another HBCU farther south in Alabama, Tuskegee Institute, later named Tuskegee University.

While you are there:
For those alumni and students of drinking age, 1865 Brewing Co. is the area’s first Black-owned brewery. With brews such as their Passion Fruit Ginger IPA and their signature 1865 Freedom Ale, this is the spot to hang after a campus tour or for a pregame beverage.
Wing Zone Hampton is a pretty self-explanatory name; this is where students gather to watch games. Conveniently located near the university, the Virginia Air and Space Museum, and the Hampton History Museum, you’ll be able to pop in to taste what many consider Hampton’s favorite wings. 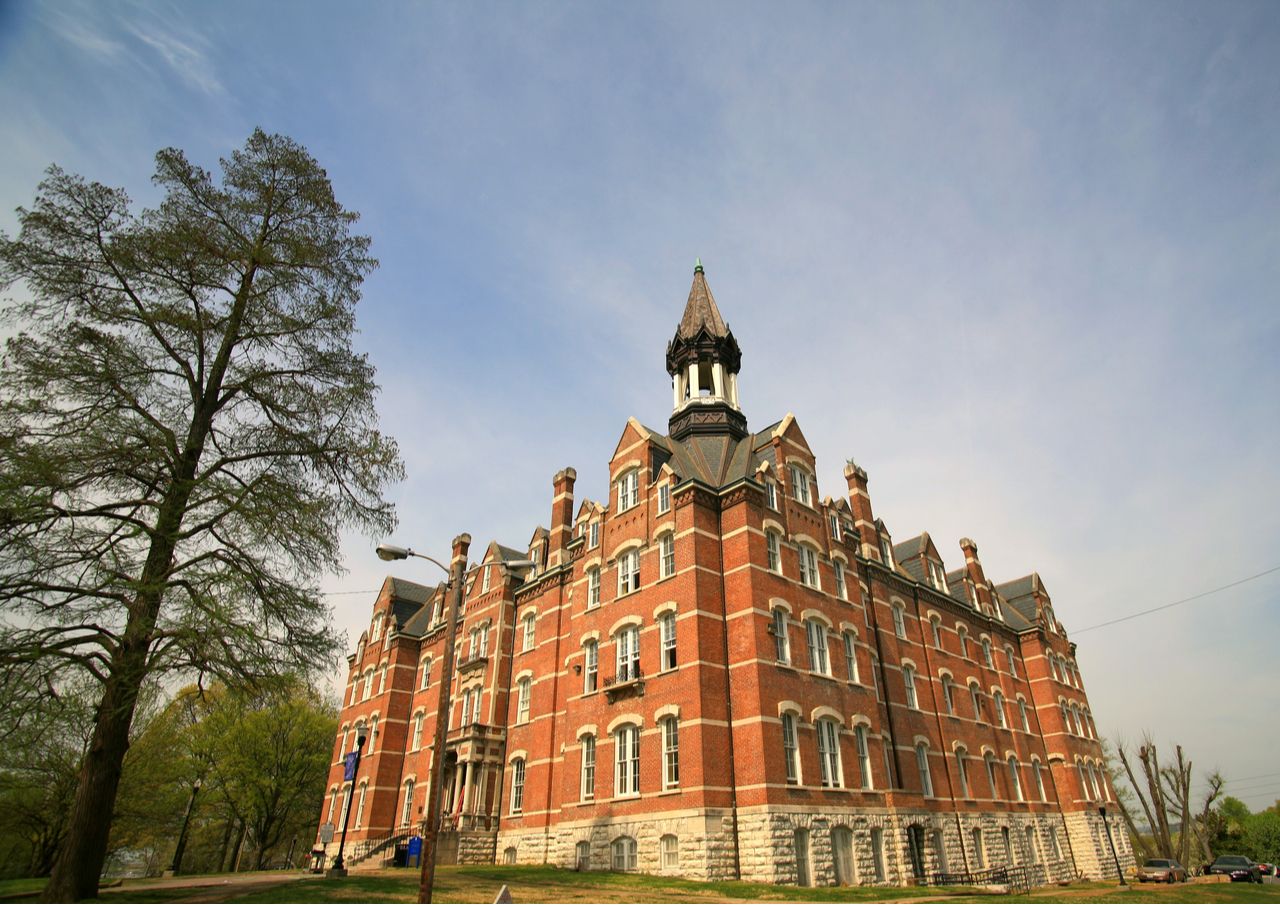 Tennessee State University — Home to The Aristocrats that are widely considered one of the best collegiate marching bands in the U.S., TSU is not just known for its music program, but also has an acclaimed Biology Department, Engineering, Nursing, and a Communications Department that hosts scholarship recipients named by former TSU student, Oprah Winfrey. Home to the first NFL’s Black starting quarterback, Joe Gilliam, aka Jefferson Street Joe.

Fisk — One of the smaller HBCUs with less than 1000 students, Fisk University is one of the oldest universities in Nashville, a city that is home to approximately 30 colleges and universities. Heritage is important at Fisk University, and their world-renowned Jubilee Singers are at the cornerstone. Originally organized in 1871, the Fisk Jubilee Singers started as a nine-member choral ensemble of students taken on tour to earn money for the university. The group left campus on October 6, 1871, and Jubilee Day is celebrated annually on October 6 to commemorate this historic day. As the university expands its basketball program, Fisk recently hired former New Jersey (now Brooklyn) Nets talent, Kenny Anderson, to coach the men’s team.

Meharry Medical College — With world-renowned research hospitals, such as Vanderbilt University Medical Center, Nashville is known as an anchor in the medical communities of the Southeastern U.S. further advancing the city’s commitment to medicine and health care, Meharry Medical College is the nation’s largest producer of Black dentists and Black Ph.D. graduates in the biomedical sciences.

While you are there:
Known globally as “Music City USA,” Nashville is also a cultural center within the mid-South. Having three HBCUs in the city not only adds to its diversity but also reminds Nashville of its unique and often forgotten place in the Black history of America. College Crib is the spot in town that makes custom and unique merchandise for all of the Divine Nine fraternities and sororities while making vintage-looking items for all the local HBCUs. A Nashville staple since the early 70s and still run by its namesake, Ed’s Fish House, now located in a food truck, has a signature fish sandwich that has long been a staple in the local HBCUs student’s diets. Also on Jefferson Street, EG & Mc is a relatively new craft cocktail and tapas bar owned by TSU alumni, making it the perfect stop after a day of touring the campus. Mary’s Old Fashioned Pit BBQ is a throwback to Nashville’s lunch counter days during the Civil Rights era. Established in 1962 and also located on Historic Jefferson Street, students have made Mary’s the place in Nashville to get pulled pork sandwiches on corn cakes, rib plates, and fish sandwiches for over two generations. 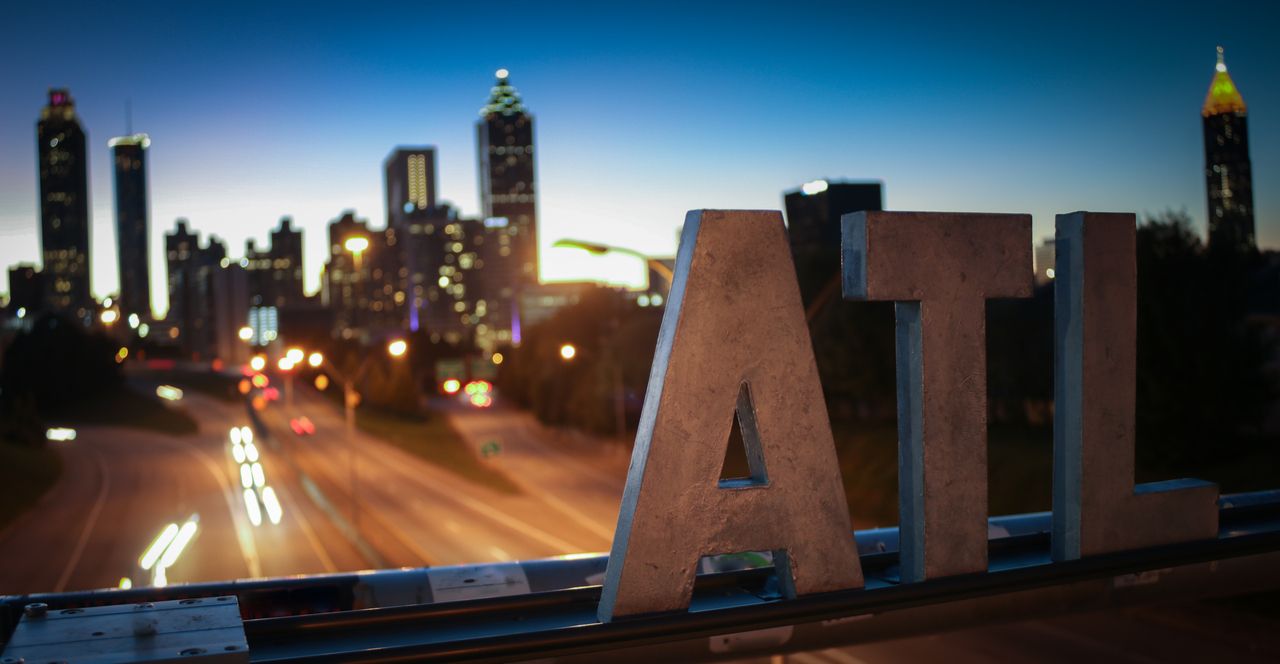 Morehouse College — Established in 1867 as a private men’s college, Morehouse has always been considered in the upper tier of HBCUs. Best known for its high graduation rate within science, business, and entertainment, Morehouse has been home to 11 Fulbright Scholars and 5 Rhodes scholars. It’s the collegiate home of Dr. Martin Luther King and Julian Bond. Other well-known “Morehouse Men” are Spike Lee, Sen. Raphael Warnock, former US Surgeon General David Satcher, and Samuel L. Jackson.

Spelman College — While considered the sister school to Morehouse, Spelman College has an identity all its own. As part of the Atlanta University Center (AUC), Spelman is a private women’s college established in 1881 and is the oldest private HBCU for women. The Spelman College Museum of Fine Art is the only museum in the US that emphasizes displaying art by women of the African Diaspora, and it’s an integral part of not only the student experience but the Black American experience. Notable graduates of Spelman include Stacy Abrams, Marian Wright Edelman, and Alice Walker.

While you’re there:
Atlanta, The ATL, Black Hollywood. While it’s only the 37th most populated city in the US, Atlanta is big in personality, influence, and culture. As one of the most important cities during the Civil Rights Movement, Atlanta and its surrounding area have always been a center where diversity is appreciated and encouraged. Since 1947, The Busy Bee has been serving up some of Atlanta’s best soul food and is a staple with both Morehouse and Spelman students looking for comfort while away from home. Dat Fire Jerk Chicken is an Atlanta favorite, providing a taste of Jamaica and the islands to residents willing to entice their taste buds. For both students and locals that have non-traditional diets such as vegan, vegetarian, and pescatarian, Local Green Atlanta is the place to grab some delicious eats. This Black-owned restaurant was birthed out of the desire to provide wholesome food options to Atlanta’s community residents.

Florida Agricultural and Mechanical University (FAMU) — As the third most populated HBCU, Florida A&M is considered a heavyweight in the Black college rankings. Notably, FAMU is the only stop in Florida for your HBCU road trip, as they are the only HBCU in the entire state. Ranked as the top public HBCU by U.S. News & World Report, FAMU’s School of Business is ranked as one of the best in the Southeast. Notable alumni include Anika Noni Rose, Common, Keisha Lance Bottoms, and late tennis great Althea Gibson.

While you’re there:
Hailing as Florida’s capital city, Tallahassee is situated closely to both the Alabama and Georgia state lines. Make sure to visit Tallahassee-St. Marks Historic Railroad State Trail to reclaim part of the area’s forgotten and painful history. This now-free public space was once used to ship cotton harvested by enslaved Africans and sent to the Northeast to become textiles. Now, this area is 16 miles of converted railway that starts in Tallahassee and ends in the coastal community of St. Marks on the Gulf of Mexico. Knowing and learning history along the way would be an important part of the final stop on your HBCU road trip. Located on South Monroe, a few blocks from FAMU, you’ll find Earley’s Kitchen. Serving the Southern favorites known as a “Meat & 2” or the even heartier “Meat & 3,” Earley’s is a favorite among FAMU students and locals alike. Plus, Earley’s serves fried catfish for breakfast.

Howard Alumni Reveal the Best Things To Do in DC
Tagged
Black Travel
What did you think of this story?
Meh
Good
Awesome