Howard has been at the center of Washington DC’s Black culture for over a century. It lists the likes of Sean Combs, Taraji P. Henson, Toni Morrison, and Thurgood Marshall among alumni. More recently, Howard has been in the headlines as newsmakers including Ta-Nehisi Coates, Nikole Hannah-Jones, and Phalisha Rashad joined the faculty.

There is much to celebrate as Homecoming starts this weekend, which is back in person. Alumni, celebrities and those just there for the vibe will be descending upon the nation’s capital for the football game, yard fest, step show, and more. Howard’s Homecoming is unrivaled (ok, I am biased), but it is the most googled. With all this excitement, I polled students past and present to get their tips on what not to miss in DC.

I will go first. Book one of these amazing AirBnBs. Don’t miss Jaleo, which serves up Spanish tapas, so yummy the restaurant has remained packed with tourists and locals alike for decades. All Smithsonian museums are free, so think of them like a buffet and just see what you want. Pop into Natural History to see the Hope Diamond, the Hubble Space Telescope at the Air and Space Museum, or Prince’s “Yellow Cloud” electric guitar at the National Museum of African American History and Culture.

See the monuments at night

All Washington DC monuments are accessible at night when they are just as impressive, if not more so. The crowds and tour buses are gone, and you can sit on the steps of the Lincoln Memorial in relative silence to enjoy the view. Try parking on the street near the White House, walk past the Washington Monument to the Jefferson Memorial, then follow the tidal basin to the Martin Luther King Jr Memorial before finishing at the Lincoln Memorial. If this all sounds like too much walking, parking is readily available at night so you can drive and hop out at each.
– Melba, Class of ‘99 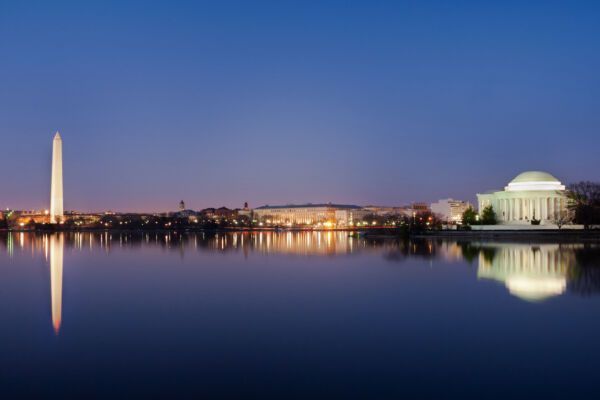 The neighborhood around Howard has changed numerous times over the decades, but two restaurants have been feeding hungry students for years. Ben’s Chili Bowl and Negril Jamaican Eatery. Owned by Virginia Ali, who started the restaurant with her husband, Ben, in 1958, Ben’sChili Bowl is proudly Black-owned, and a historic landmark in Washington, DC’s culture. If you go, get the half-smoke and banana pudding, trust me. Negril Jamaican Eatery, founded in 1979 by Earl Chinn, is best known for jerk drummets and coco bread.
– Susan, Class of 1981 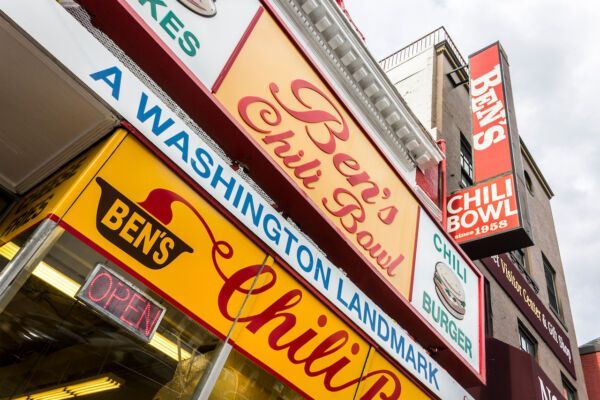 Ultrabar is where we are hanging out off-campus. The building itself used to be a bank at the turn of the 20th century and has retained some of the original bank aspects. The bar is marble, and the wall on the main floor is safe deposit boxes illuminated behind colored glass. The basement vault is now a lounge. It’s good for everyone because each floor has its own music and DJ.
– Reese, Class of 2023

Go to the market

Eastern Market has been a bustling commercial district for centuries. Also known as Barracks Row for its proximity to the Marine Barracks, Eighth Street SE in the Eastern Market neighborhood is full of restaurants and shops. The best time to visit is the weekend market. Don’t miss the Mediterranean food at Cava Mezze.
– Kayla, Class of 2008

Take to the water

DC sits between the Potomac River and the Anacostia River, making it ideal for water activities. A great place to test water is the Key Bridge Boathouse, which offers canoe, kayak, and standup paddleboard rentals and classes. A real highlight is the twilight tours of the Potomac via kayak.
– Andre, Class of 1997 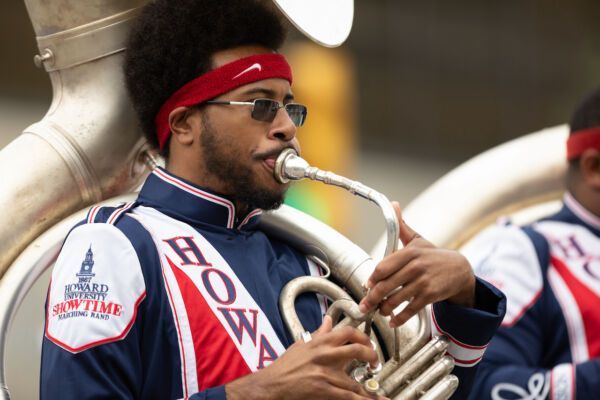 Museums7 Underrated Smithsonian Museums, Galleries, and Gardens You Should Visit in DC
What did you think of this story?
Meh
Good
Awesome