September is the unofficial start of the fall season. And besides the fact that leaves are starting to change colors, and that pumpkin spice is making its way back onto the beverage scene, this is the time of year when everyone gathers up their courage and visits locations that are infamous for horror- and haunted-related associations. If you’re willing to take things one step further and truly test the limits of your bravery, staying in a haunted Airbnb is a surefire way to have a spooky experience. From a Victorian home in Canada to a manor in Germany, here are eight haunted Airbnbs you can rent this fall. 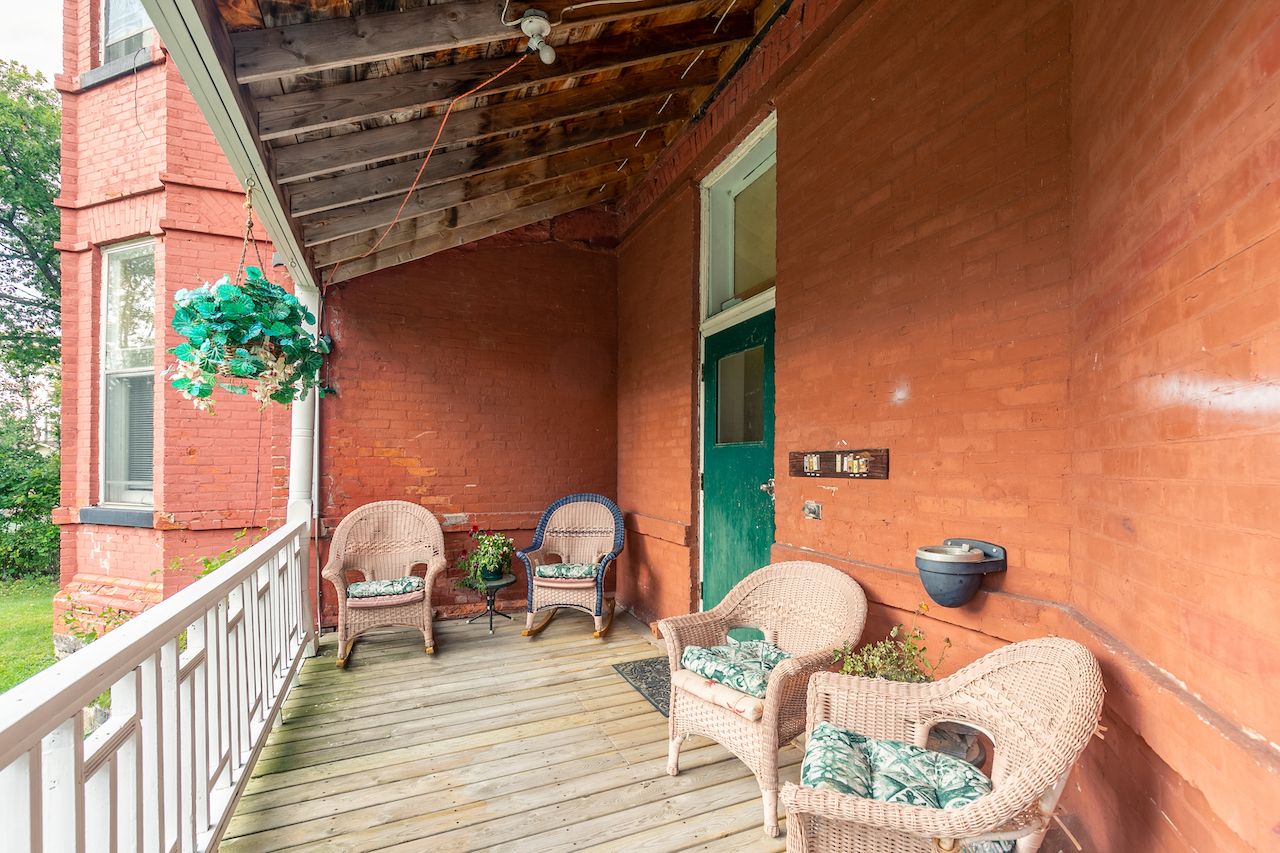 This impressive Victorian home was once the home of Canadian lumber magnate Charles Beck, who in addition to effectively creating the town of Penetanguishene, also opened the first box factory in Toronto. Beck’s wife died leaving him with nine children, the oldest of whom, Mary, did most of the child-rearing. When Beck died, he only left poor Mary a dollar, and guests and residents of these apartments have reported seeing a tall man in a suit and an angry woman in a blouse standing in the hallways. Perhaps they will join you for the weekend when you rent Brenda’s meticulously furnished two-bedroom apartment, complete with period pieces, ornate rugs, and a warning about wandering spirits. 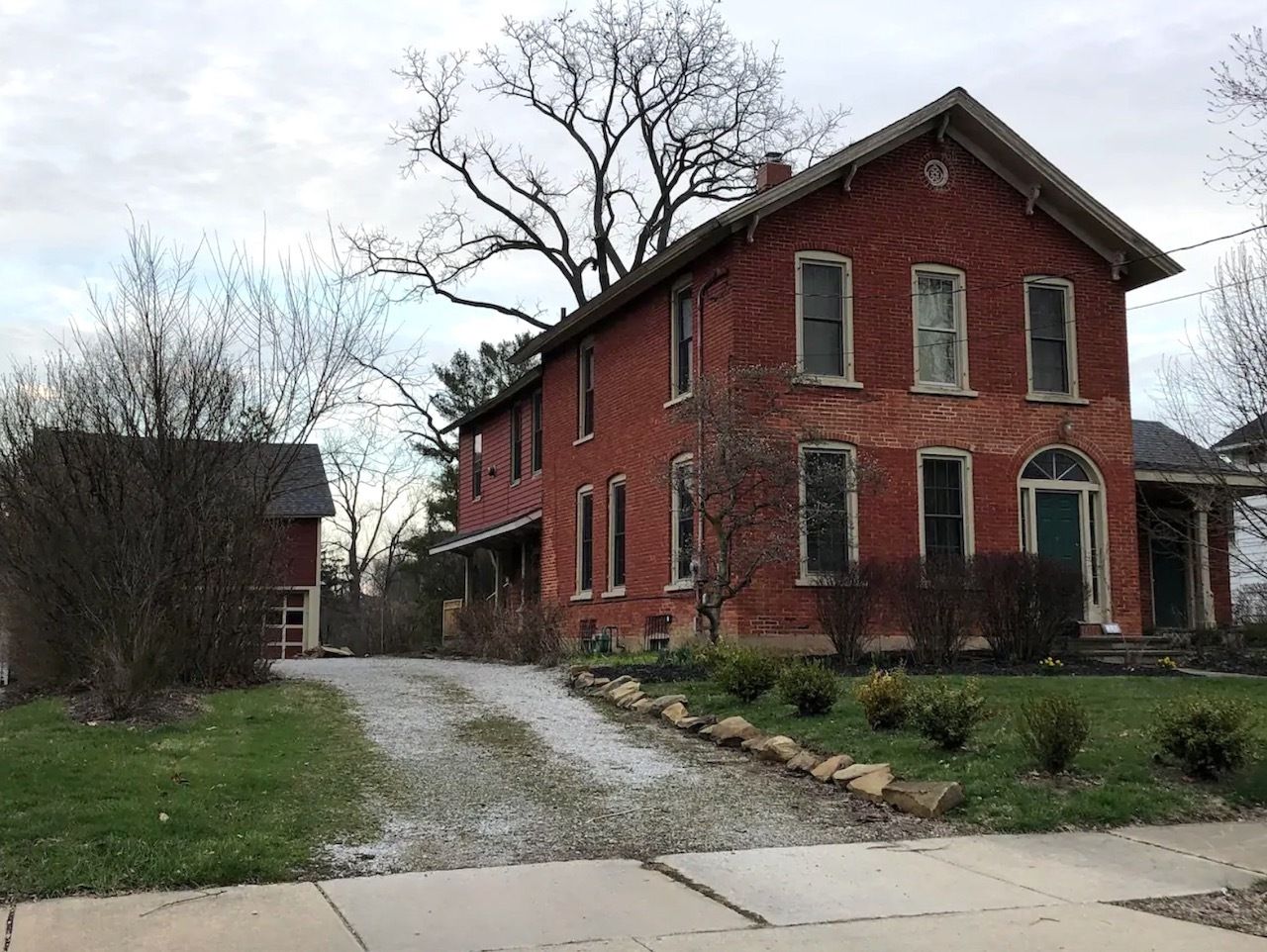 The Inspiration House has an almost tangible sense of the paranormal, with an entire display room on the first floor devoted to ghosts and the afterlife. You are welcome to tour it by request, though it’s usually closed because many guests found it “creepy.” Equally creepy are the heavy boots and floor scratching people have reported hearing upstairs, as well as the musical instruments in the living room that often decide to play themselves. Typically, this three-bedroom house near the center of Oberlin is used for meditation and spiritual retreats. But here, they mean your retreat might also involve actual spirits. 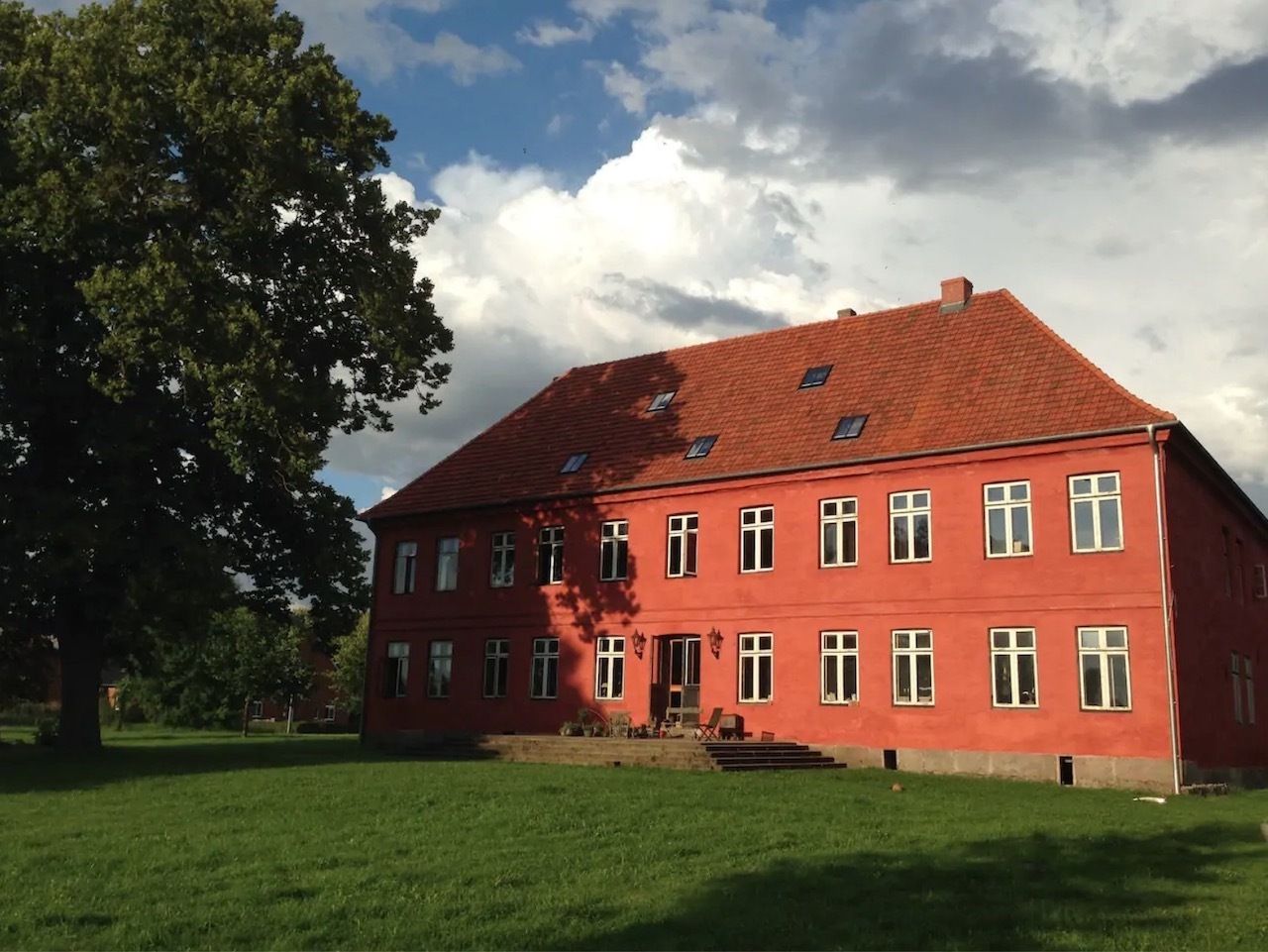 If you’re staying in a remote castle somewhere in northern Germany, owned by a Danish Countess and lit mostly by candlelight, you’d be pretty disappointed if the place wasn’t haunted. The foundations of this manor date back nearly 1,200 years, and you’ll be staying in a niche apartment within the manor’s walls. Christina — your host — lives in the manor as well, and will gleefully explain how the house is believed to be haunted by the Slavic gods that the people of the area used to worship. The common areas also include vast libraries filled with centuries-old books and large green lawns filled with sheep. 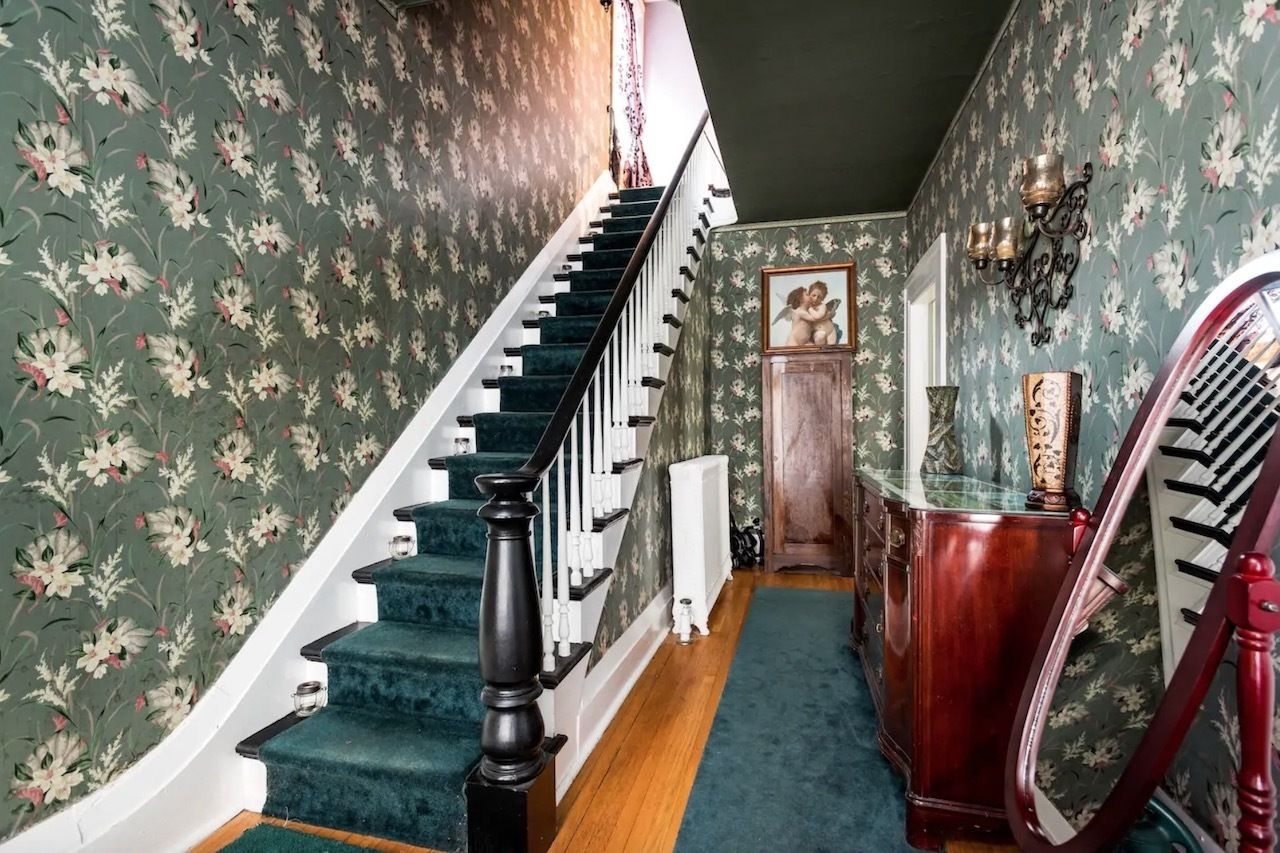 This home a few minutes outside Troy has such a distinct look it’s been used as a filming location for movies and TV shows, most recently for the feature film Fado. The interior is artful and eccentric, with hardwood floors, restored antique wallpapers, and conversation-provoking art on the common area walls. It’s also allegedly haunted, so much so that one of the individually rentable rooms is called the “Haunted Bedroom,” presumably so you can’t ask for your money back if you end up sharing the place with an uninvited apparition. If a ghost does show, there’s an easy escape as the Haunted Bedroom offers access to the third-floor attic. Though no guarantees there either. 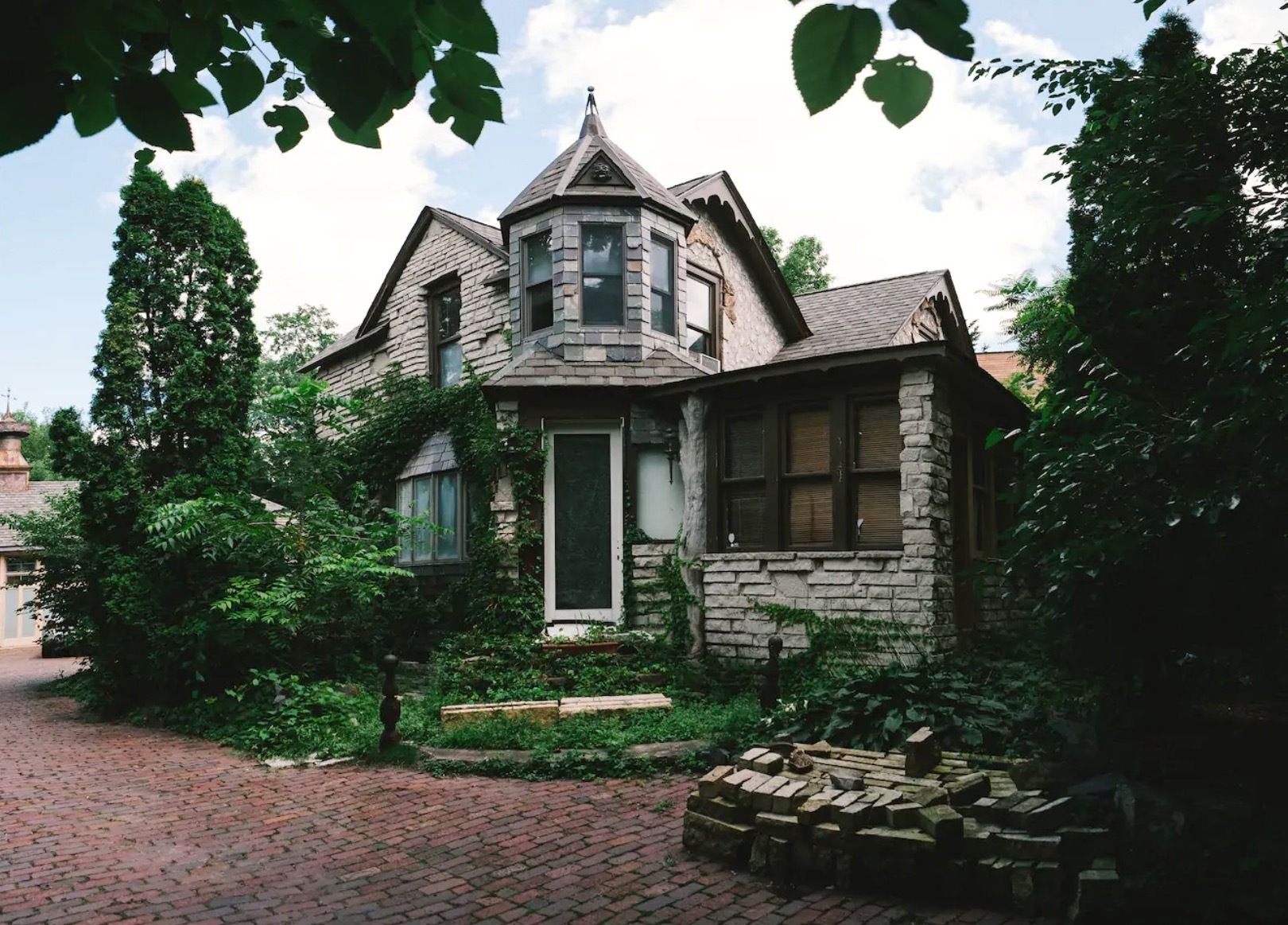 Photographed from the right angle, this 1883 stone home looks like it could be a poster for a haunted house anywhere. So it reasons the ghost of Rosalia Finh, who died here as a child of typhoid fever, would be hanging around the hallways over a century after she passed away. Sean, who runs the place, claims to have found an old hair beret on the ground when he first moved in, and got an intense vision of a young girl in a white dress when he picked it up. Other guests have reported feeling a strange energy when standing outside the closet in Rosalia’s bedroom. Perhaps the best authority on the home’s spirits, however, is Scorch, Sean’s 9-year-old Doberman and head of security who may seem to be barking at nothing, but may just see a vision that you don’t. 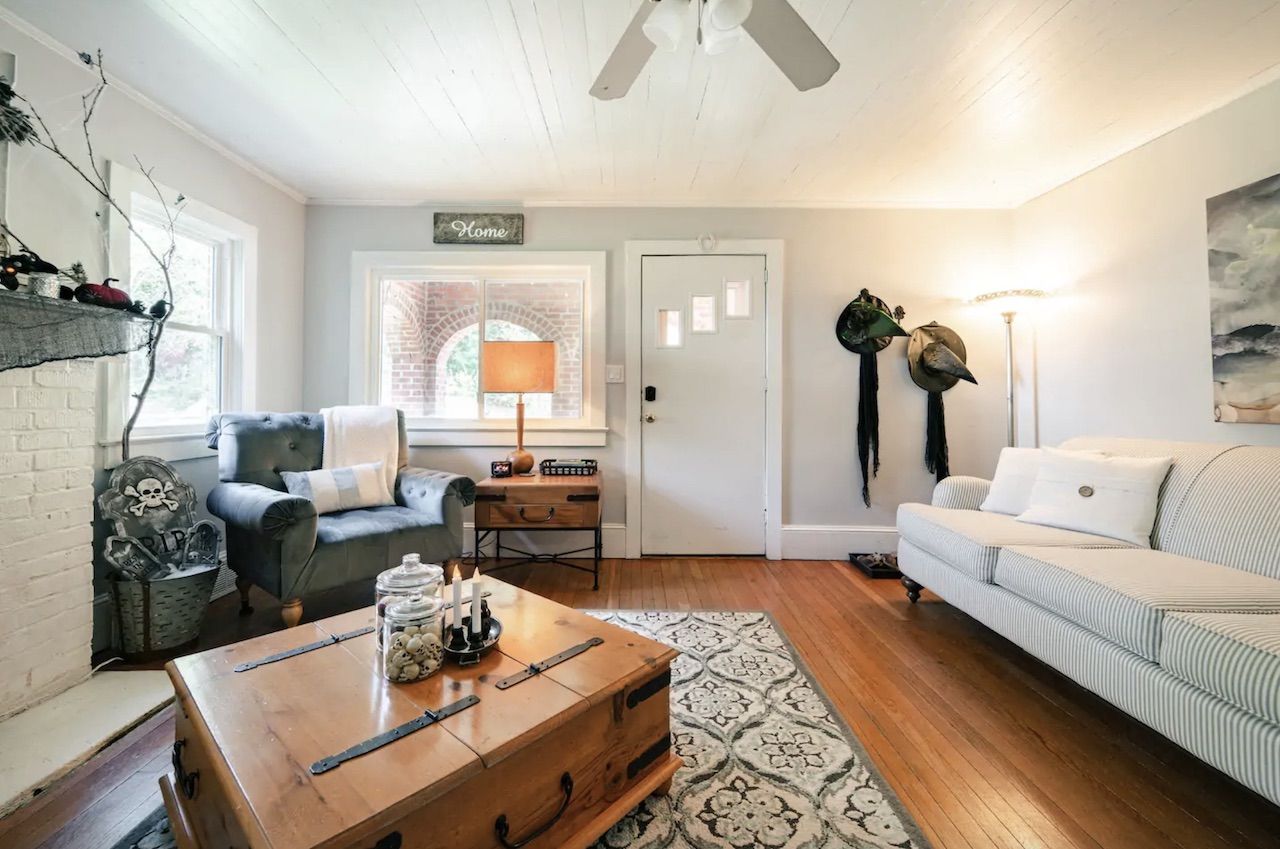 The whited-out guest suite in this 1940s home has its own separate entrance, which may be why despite reports of glowing orbs, a self-playing music box, and lights that turn themselves on and off, none of it has ever happened in the guest areas. Ghosts, apparently, aren’t so good with code locks. Host David, however, will give you a ghost tour of the house if you’d like, since the spirits don’t bother the short-term guests. The house was originally built by David’s great-grandfather and he is the fourth generation to live in it. His listing offers no theory on who the ghosts might be or why they’ve moved in, but a few nights here might give you some ideas. 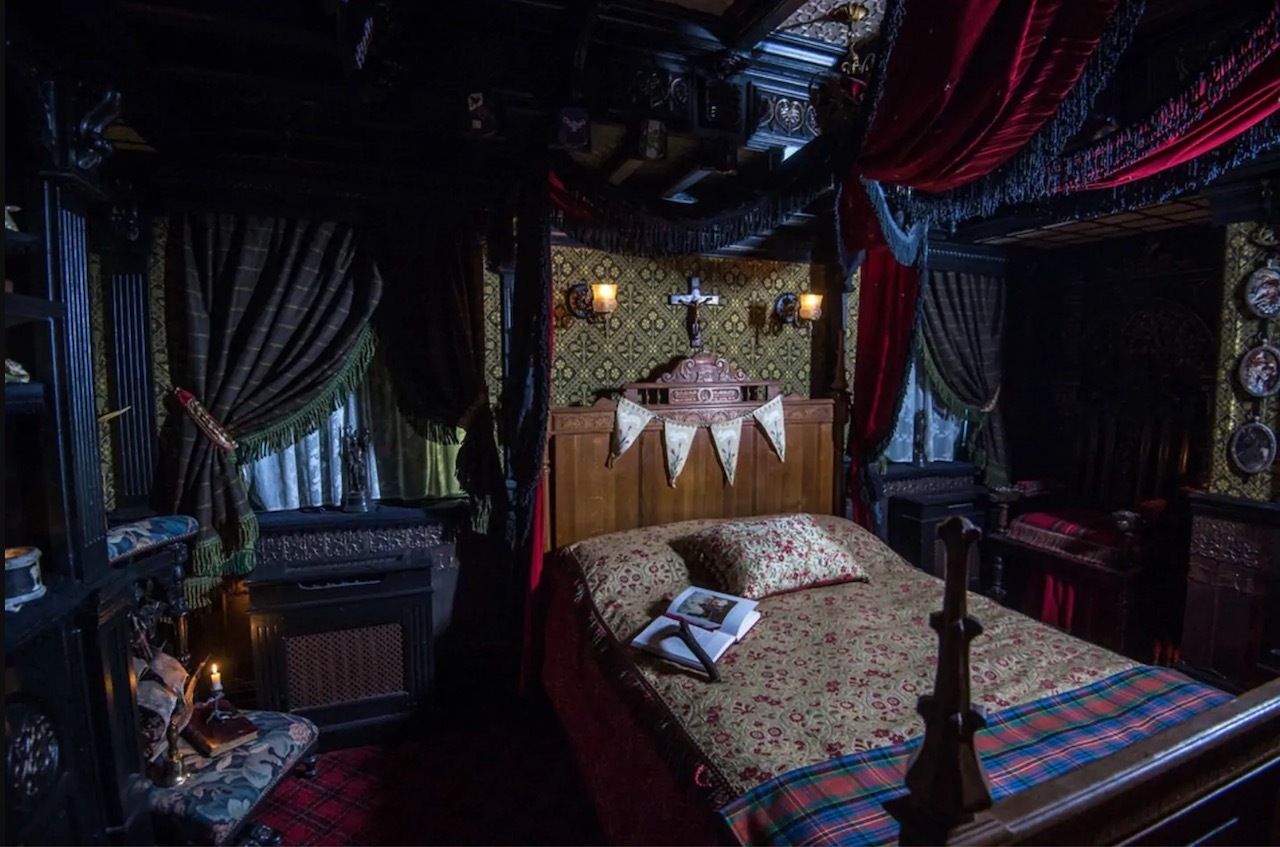 At this Airbnb in Talliston, you’ll have a private room in a house that just radiates ominous vibes. The home itself was featured on the documentary Britain’s Most Extraordinary Homes and we can see why. The master bedroom you’ll be staying in recreates that of an Edwardian child, with children’s toys and books lying around, and it’s the stuff of nightmares. Dark, imposing, and close quarters, staying here will require nerves of steel. And that’s not to mention the unexplained smells and sounds coming from the walls, as well as the ocean sounds coming from just outside the bedroom window.