Last week, the state of Hawaii declared a “climate emergency.” Effectively, the 50th state adopted a non-binding resolution to guide the state’s governing and administrating bodies to place climate impact at the forefront of major decisions, both policy-related and financial. The measure, SCR44, is quick and to the point — built upon four points of action to ensure “climate mitigation and adaptation efforts mobilize at the necessary scale and speed.”

Hawaii sees nearly 10 million visitors per year and is the subject of extensive travel coverage in Matador and elsewhere. Much of the state’s economy — 21 percent — is built around and financed by tourism, both through taxation and direct spending. Let’s look at how this bill could impact the experience of visitors, and what it could mean for residents, as well.

A statewide commitment to a just transition toward a decarbonized economy that invests in and ensures clean energy, quality jobs, and a statewide commitment to a climate emergency mobilization effort to reverse the climate crisis, which, with appropriate financial and regulatory assistance from state authorities, will transform the economy at emergency speed to zero emissions and meet the emission targets as set forth by the IPCC report to limit warming to 1.5 degrees Celsius;

A prohibition against any further public or private investment or subsidies in projects that will make the climate emergency worse, such as coal, oil, gas, and tree-burning projects, and redirecting and channeling subsidies toward low climate impact energy projects and workforce retraining.

These first two action points in Hawaii’s climate emergency plan are big for environmental justice. State Senator Mike Gabbard (yes, that’s the father of former presidential candidate Tulsi Gabbard) introduced the measure calling for the state’s addressing of the climate crisis to be “rooted in equity, self-determination, culture, tradition.” Hawaii formally stated in this resolution that “people locally and around the world have the right to clean, healthy, and adequate air, water, land, food, education, and shelter.”

In order to accomplish this goal, the state must draw from local Indigenous communities and embrace land stewardship traditions practiced for thousands of years as they relate to conservation efforts. The state appears to be claiming it will take these factors into consideration when considering new development — such as resorts and tourist attractions. Investment and subsidies in oil and gas development and “tree-burning” are on the way out. While a specific timeline was not set out in the resolution, the state did emphasize “necessary scale and speed” — so expect those massive beachside resorts to be running on renewable energy sooner rather than later. 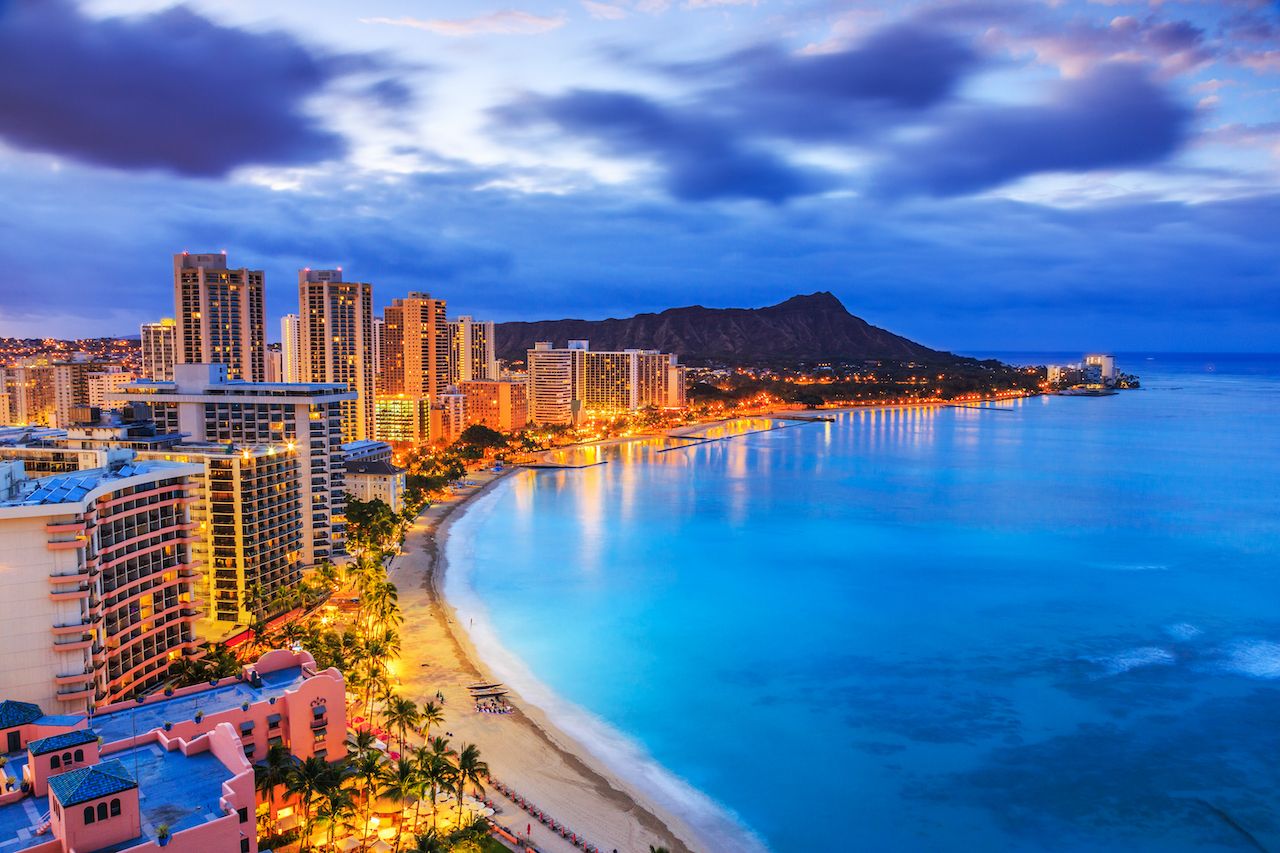 Facilitation of investments in beneficial projects and infrastructure such as zero emissions energy; electric vehicles, including clean fleet transitions for the State and counties; energy efficiency; reforestation; afforestation; climate-smart agriculture; and climate-friendly land use.

Organization and tracking of a time-phased implementation plan that assigns state government agencies’ responsibilities and timetables; establishes task dependencies between departments with a priority to plan and coordinate, at a statewide level, all climate and resilience responses, including emergency mitigation of climate change effects, resilience, adaptation, engagement, education, advocacy, and research and development programs, all of which begin with a robust climate emergency public education and stakeholder outreach process; and requires all departmental reports that utilize a lifecycle greenhouse gas analysis to include a Climate Impacts section, which will provide meaningful information on how proposed actions will impact greenhouse gas reduction efforts;

These two points in Hawaii’s climate emergency plan are big for tourism. First, visitors to Hawaii typically either rent a car or are shuttled around in gas-powered vehicles such as resort shuttles or rideshares. With a renewed focus on moving to electric vehicles along with powering hotels, resorts, and restaurants with renewable energy, Hawaii could drastically reduce its emissions from the tourism sector.

Reforestation efforts will pull more greenhouse gases from the air. Climate-friendly land use and agriculture should involve a commitment to land conservation such as the 30 by 30 initiative, a win for outdoor recreation and Indigenous communities, while also allowing the state to produce more food for its dining sector. And, in the process, the state plans to create a lot of jobs in renewable energy development and deployment.

Though non-binding, the state appears ready to put this resolution into action. That is a massive climate win in itself. But wait — not to sound like a TV salesman — there’s more. Gabbard pointed out during a press conference that Hawaii was the first state to pass a 100 percent renewable energy goal, and that since the state did this in 2015, 16 other states have followed suit. The hope is that the same thing will happen here, and that Hawaii’s climate emergency plan will persuade more states to join Hawaii in declaring a climate emergency as well and in taking drastic measures to stop it.

Use of hydrofluorocarbons in refrigeration and air-conditioning units in the US will be heavily restricted by the Environmental Protection Agency, The New York Times reported this week. The dangerous chemical, introduced in the 1980s to replace chlorofluorocarbons, warms the planet at thousands of times the rate of other greenhouse gases like carbon dioxide. The move to drastically limit the use of HFCs is the EPA’s first major environmental undertaking under the Biden administration.

Alaska Airlines announced this week that it will replace plastic bottled water with Boxed Water in a move intended to reduce plastic waste and make the airline’s food and beverage operations more sustainable. Boxed Water containers are made of 92 percent renewable materials and are recyclable.

CruisesWhat It’s Really Like To Travel To the Most Inhospitable Place in the World
Tagged
News Sustainability
What did you think of this story?
Meh
Good
Awesome