Sydney is a harbor city with some of the world’s most recognizable landmarks. The Opera House is at the top of every visitor’s itinerary, but you’ll discover Sydney’s true charm when you start to explore the city’s neighborhoods. What better way to do that, than by staying in a local Airbnb. Here’s a quick guide to some of the most popular neighborhoods and the best Airbnb option. 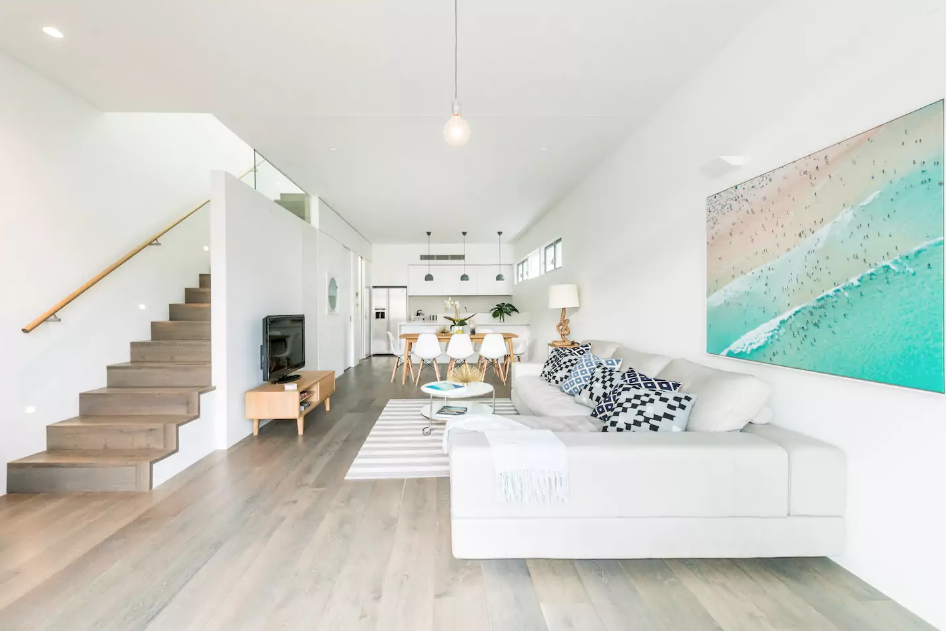 Bondi is one of Sydney’s most well-visited suburbs, especially on a hot summer’s day. It’s a visitor hotspot – famous for its kilometer-long beach and team of lifeguards that patrol the shore. Long weekend brunches are pretty much a local pastime in Bondi and the suburb is bursting with cafes and restaurants for this purpose. Head off to Campbell Parade, the main tourist street, to find the best brunch spots. Brown Sugar and Harry’s are two popular cafes. There is a local farmer’s market every Saturday morning. Fresh locally-grown produce is available at the market, as well as food stalls serving breakfast plates, organic smoothies and coffee. Bondi is also the starting point for Sydney’s most scenic walk – the Bondi to Coogee coastal track. Head south along the cliff top via Bronte Beach for panoramic views back across Bondi. Don’t forget to stop for a swim at Bronte Beach and a coffee at one of the many beachside cafes. 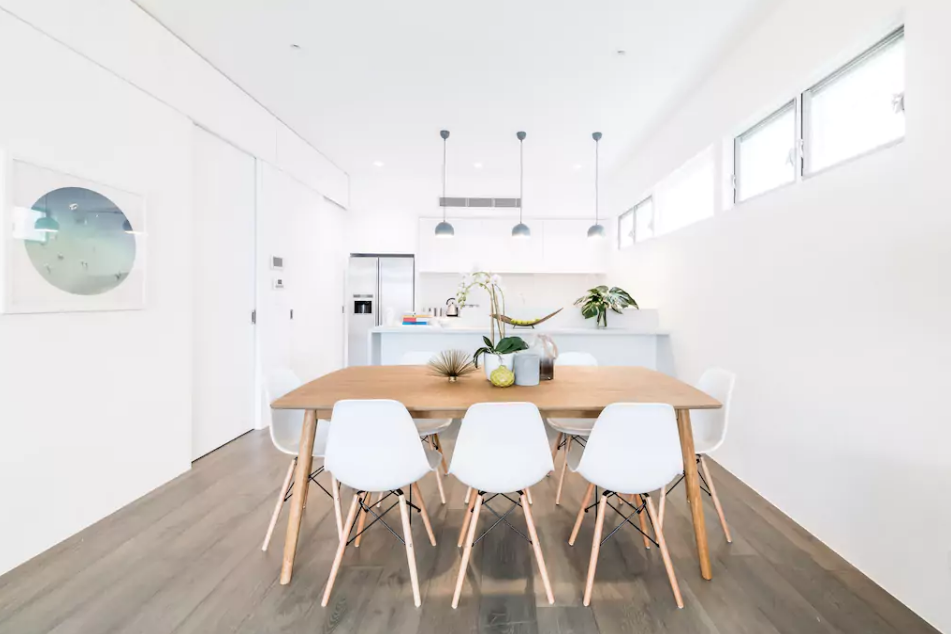 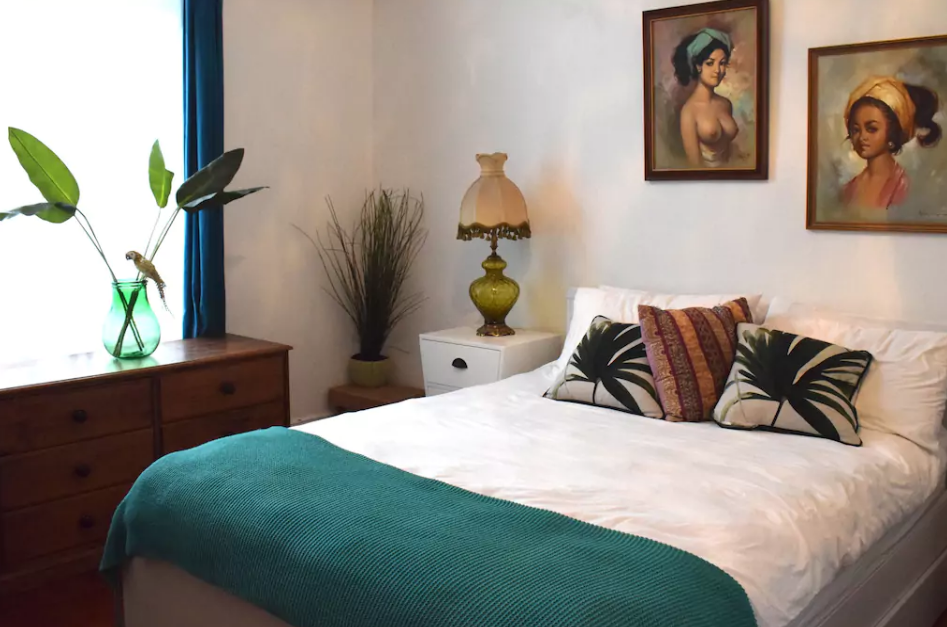 Newtown is Sydney’s ‘hipster’ suburb, a short four- kilometer bus or train ride from the city. It’s home to Sydney’s best Asian restaurants, burger joints and dive bars. Mary’s, a craft beer and burger bar, has a cult-like following, with a small menu of burgers and fried chicken. Other foodie hotspots are Brewtown Newtown, where the hottest menu item is a glazed Cronut (a croissant-donut pastry), and Thai Pothong for traditional Thai stir-fries and curries. Check out what’s on at the Enmore Theatre, New South Wales’ longest running live entertainment venue, for local and international music and comedy acts. For those that like to shop, stroll King Street to find vintage treasures, local boutiques and high street stores. 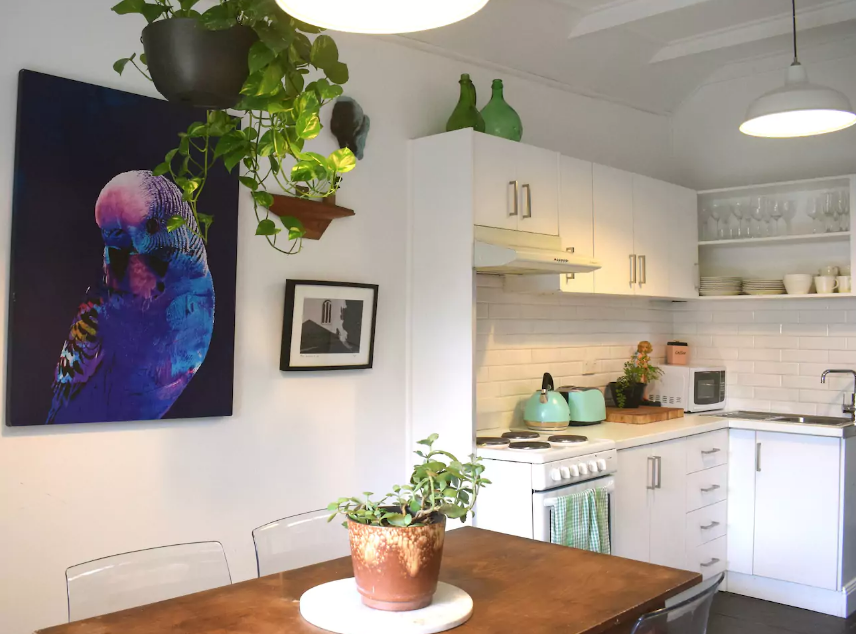 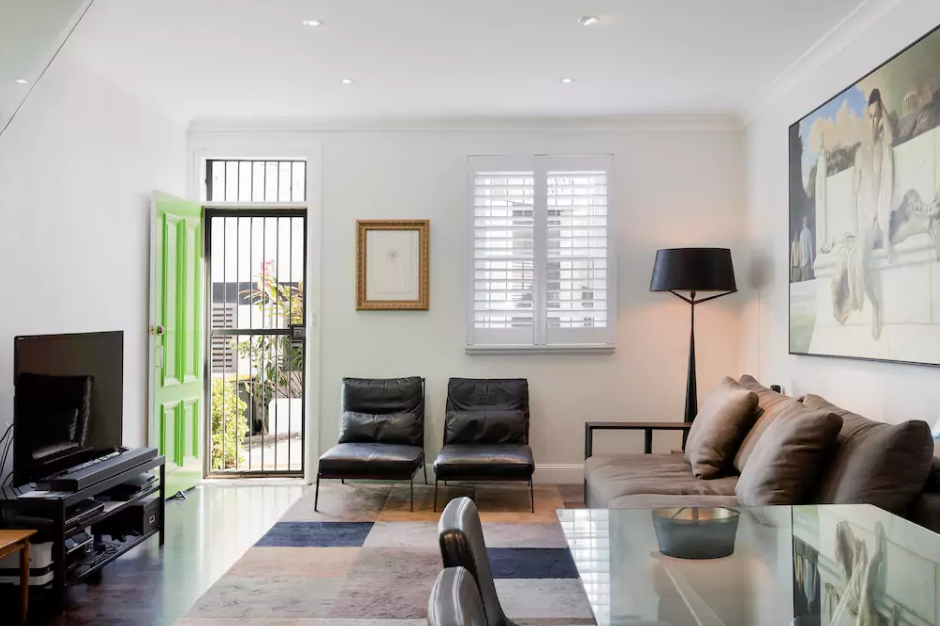 Once a predominantly industrial working-class neighborhood, now Sydney’s is a popular mix of hidden laneways, independent galleries, vintage clothing stores and global cuisine. No other suburb has more restaurants than Surry Hills. Porteno is long-time local favorite, serving some seriously good meat dishes. Grab an after-dinner treat at Gelato Messina. Check the weekly specials board for the weirdest gelato flavors you will ever taste. Surry Hills is also home to Sydney’s coolest small bars. Button Bar, The Wild Rover and Tio’s should all be on your hit list. The suburb’s cultural scene is also a major attraction for both locals and tourists. The Belvoir Street Theatre hosts regular classical and contemporary plays and has helped to propel the careers of some famous Aussie talent, including Cate Blanchett. 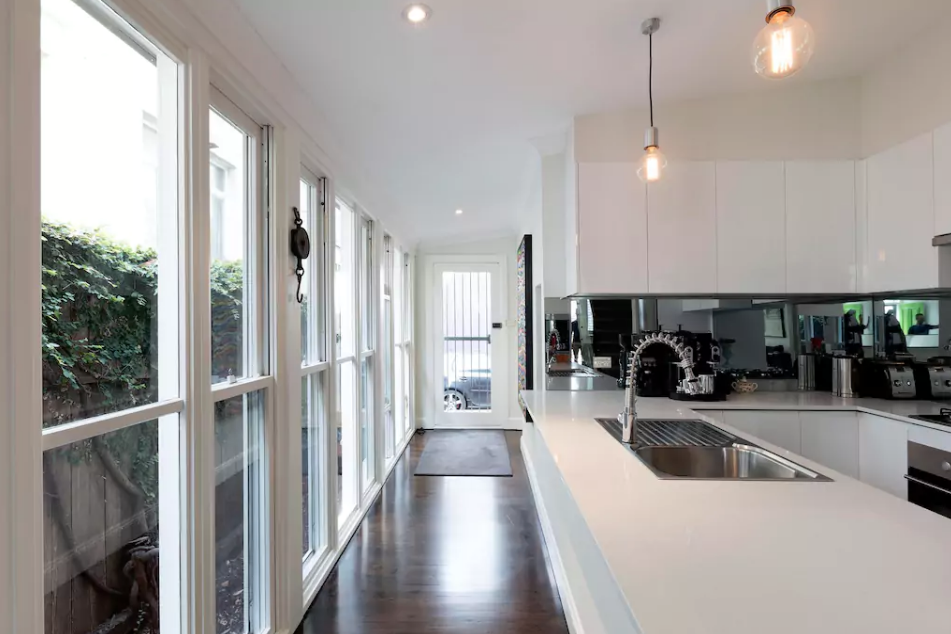 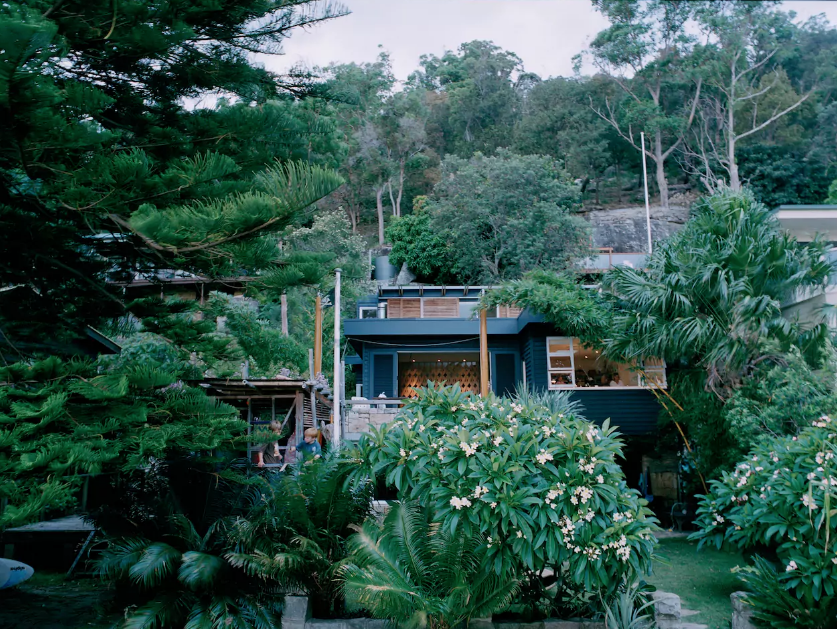 Aussie TV fans will know Palm Beach better as Summer Bay, the beachside location of the popular soap, Home and Away. It’s around a one-hour drive north of Sydney, but the route gives leave to explore more of Sydney’s northern beaches. Dee Why, Narrabeen and Avalon Beach are three suggested stop-off points. Palm Beach is located at the end of a long peninsula with surf on one side and the calmer Pittwater estuary, ideal for kayaking, on the other. A historic lighthouse, built in 1881, stand at the tip of Barrenjoey Head. There is a steep walking track to the lighthouse site where you can see the light-keeper cottages and oil room. The real reward at the top is the view across Broken Bay to Ku-ring-gai Chase national park and beyond to the Central Coast. The headland is also a prime vantage point for-watching during May to November. 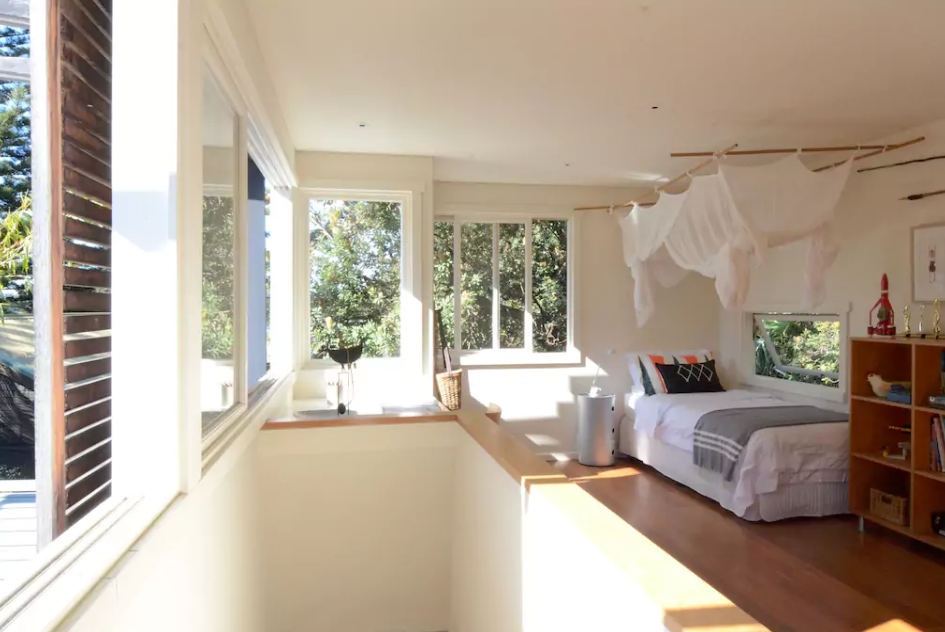 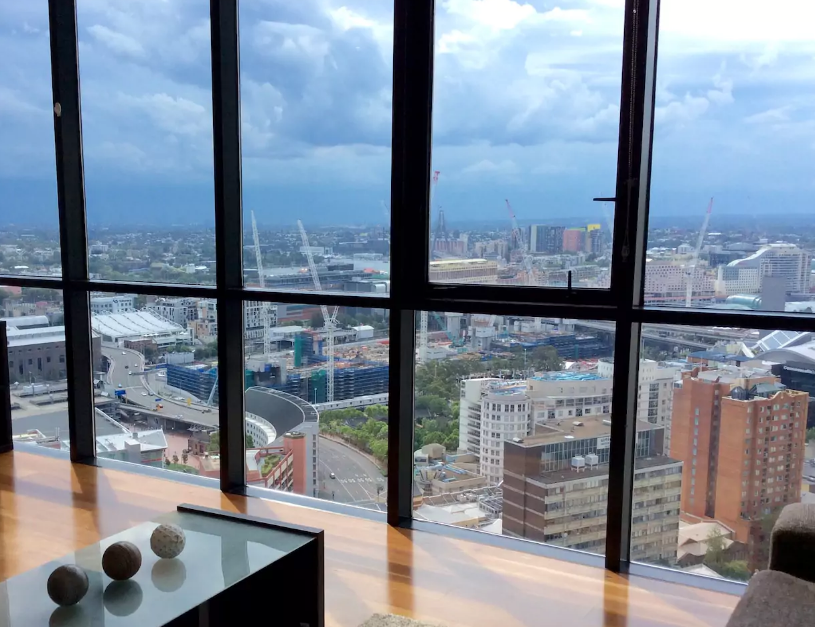 Sydney’s CBD is relatively compact (2.8 km2). A great place to start exploring is Circular Quay, a vantage point for Sydney’s most well-known landmarks, including the busy waterways of Port Jackson, the huge sails of the Opera House and the Harbor Bridge, which connects the CBD to the north shore. There is easy access to Sydney’s other must-see attractions from Circular Quay, including the Museum of Contemporary Art, the historic The Rocks district, which has a great weekend market, and the Royal Botanic Gardens. This area of the CBD is also home to Sydney’s most awarded fine dining restaurant – Quay. Cafe Sydney offers an upscale rooftop-dining experience with harbor views. Take a short ferry ride from Circular Quay to Darling Harbor to visit traditional tourist attractions including Sydney Aquarium and Madame Tussauds. Cockle Bay Wharf is Darling Harbor’s bar and restaurant strip and a great location for happy hour cocktails. 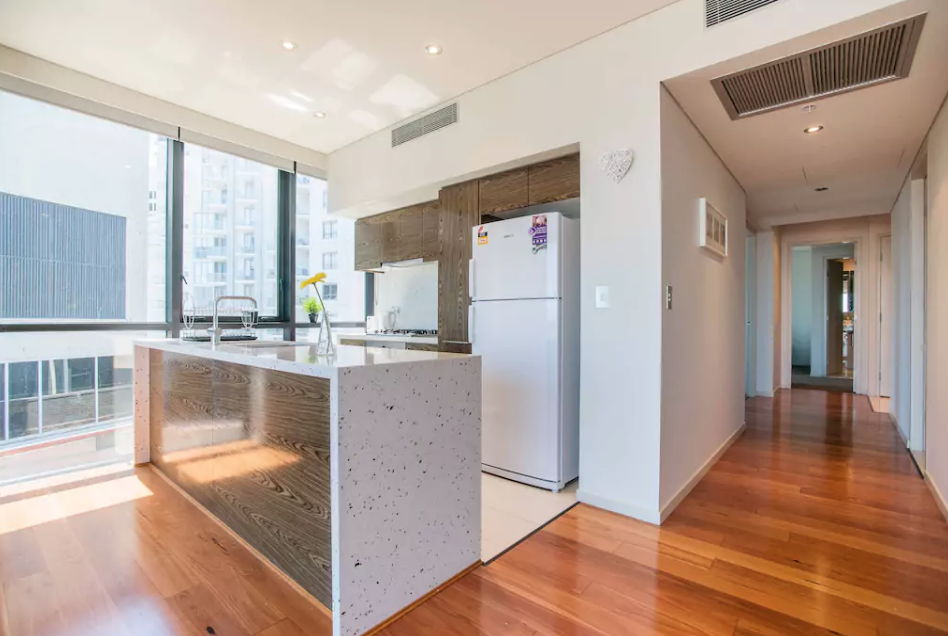 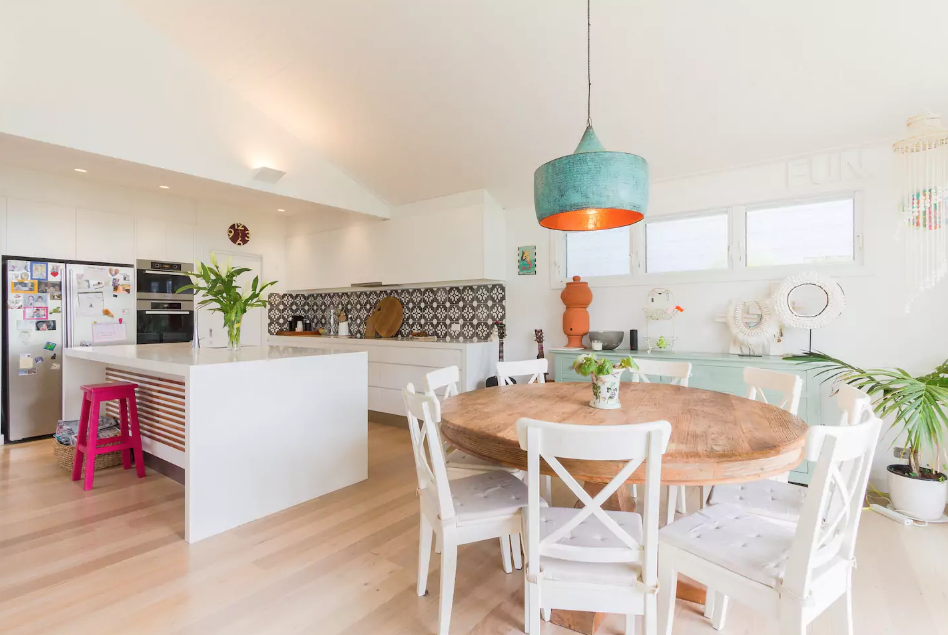 Jump on a ferry from Circular Quay to Manly, Northern Sydney’s most popular beachside suburb, for a stress-free way of getting to Manly, while also taking in the sights of Sydney Harbor. The ferry arrives at Manly Wharf. Here, you can hire a stand-up paddle board and explore the harbor on your own terms. The route to Manly’s main beach is through The Corso, which is full of restaurants, bars and shops. A trip to Sydney is incomplete without hitting the water for a surf and Manly is a great surf beach for a lesson. Manly has a number of different beaches to explore. Shelly Beach is protected from the ocean swell by a reef, making it popular with swimmers and snorkelers. For somethng a little different, book a ghost tour at the Quarantine Station. The site was once used to quarantine people arriving in Sydney with infectious diseases. Now, it’s a heritage-listed site with a hotel, and restaurant, and claims to be one of the most haunted site in the country. If you have more time, the Spit Bridge to Manly walk is an easy harbor-side hiking track. The ten-kilometer path is made up of multiple smaller routes that weave through bushland and pass through Sydney’s best north shore beaches and coves. 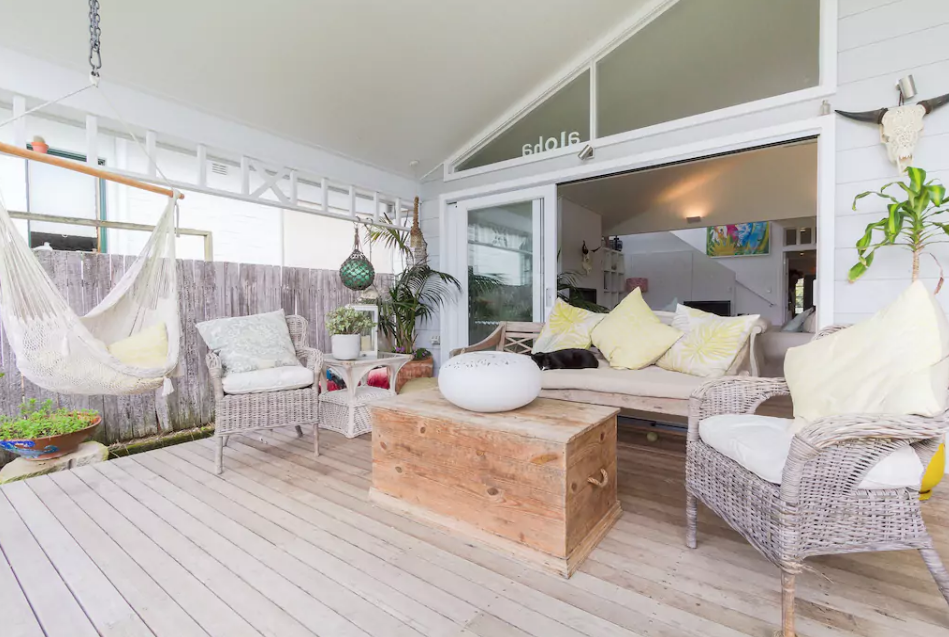 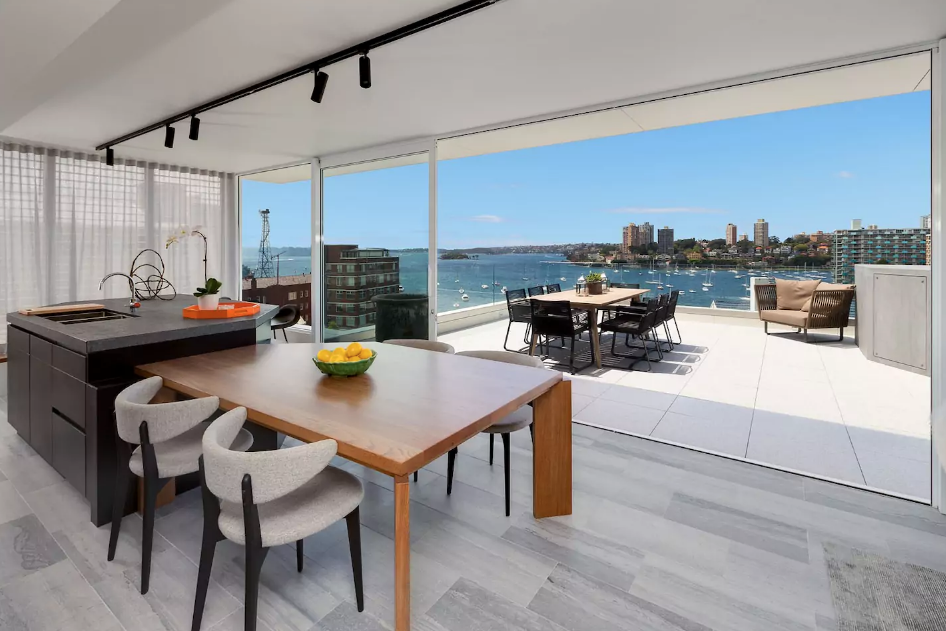 This area is overflowing with cheap backpacker hostels, bars, nightclubs and strip joints; this place is primed for good times. The famous Coca-Cola billboard marks the start of Cross territory. Bar-hop on Darlinghurst Road – you’ll instantly know the places to enter and which to avoid. Halfway down, Kings Cross blends into the neighboring suburb Potts Point, where there are fewer intoxicated party-goers and a scattering of less hectic bars and restaurants. The Roosevelt is a New York-style bar serving liquid-nitrogen cocktails with cool names like the Nitro-Colada. Stop at The Butler restaurant for a French-Caribbean style dinner and cocktails. Despite its reputation as Sydney’s party capital, Kings Cross isn’t all about drinking. If you visit during the day, there are plenty of coffee shops and small art galleries to discover, and even an organic food market every Sunday. 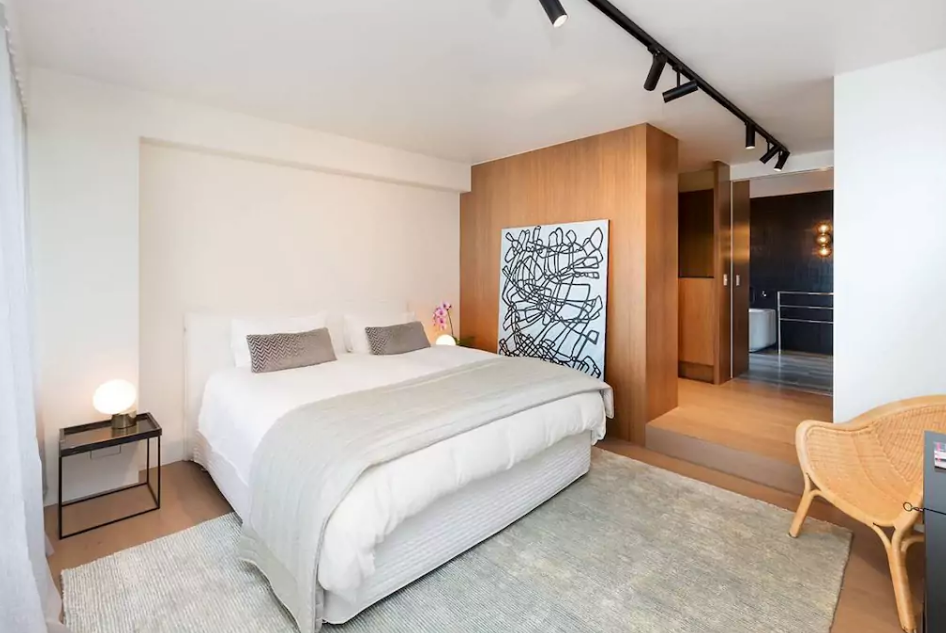 This Is What the Sydney Opera House Could Have Looked Like