There’s hardly an American alive today who isn’t intimately acquainted with ketchup. It’s a taste we can recognize blindfolded: the satisfying (though a tad basic) balance between savory and sweet tomatoes (or at least tomato concentrate). It’s most common companion is burgers and fries, of course, but American ingenuity has led to putting ketchup in things like meatballs, barbecue sauce, and scrambled eggs. According to one survey, the average American eats 71 pounds of ketchup every year. You know the phrase “as American as apple pie”? It should actually be as “as American as ketchup.” There’s just one small problem. Ketchup — at least the original version — is not an American innovation. In fact, the first ketchup recipes didn’t even contain tomatoes.

Ketchup’s journey to America begins in Asia. Traders learned about fermented fish sauce from the Vietnamese and brought it to China. As far back as 300 BCE, Chinese texts refer to a paste made from fish and soybeans called “koe-cheup” or “ke-chiap.” A type of fermented condiment made with soybeans is common throughout the region; for instance, a sweet version made with palm sugar is called kecap or ketjap manis in Indonesia.

Early references to a sauce called “catchup” began appearing in Western literature around 1699, when a dictionary referred to a “high East-India Sauce” with that name. In the 18th century, the British began exploring Indonesia where they ran a trade post. It’s possible they encountered kecap there for the first time, according to Dan Jurafsky, author of The Language of Food. Another theory is the British were introduced to it by Chinese traders who operated throughout Southeast Asia at the time.

Either way, the tangy condiment caught the attention of the Brits. It added depth and character to food, and they wanted to recreate it on their home turf. Still, their early version, which they referred to as katchup or catsup, didn’t resemble the condiment we know and love today.

Early recipes for ketchup call for ingredients like mushrooms, anchovies, and oysters — an earthier, more umami-focused concoction similar to Worcestershire sauce. Apparently Jane Austen’s family favored a version made with walnuts. By the mid-1700s, katchup referred to any sauces that incorporated spices such as cloves, ginger, or pepper and had become a staple in the British kitchen.

Take this 1727 recipe for “English Katchup” by one Eliza Smith and dug up by Jurafsky. Smith developed it for the “accomplished gentlewoman.” It calls for more than a pint of white wine, anchovies, ginger, pepper, lemon, nutmeg, and cloves. She recommends using it as a dressing for meat or fish dishes.

The game-changer came much later, in the 19th century, when a Philadelphia-born horticulturist named James Mease had what would turn out to be a revolutionary idea: Why not try making ketchup from tomatoes (which he affectionately referred to as “love apples”)? His 1812 recipe is the first ever for tomato-based ketchup. However, his spiced tomato paste didn’t include sugar and vinegar. Those essential ingredients of modern ketchup would come later. Regardless, tomato-based ketchup is a strictly American invention. 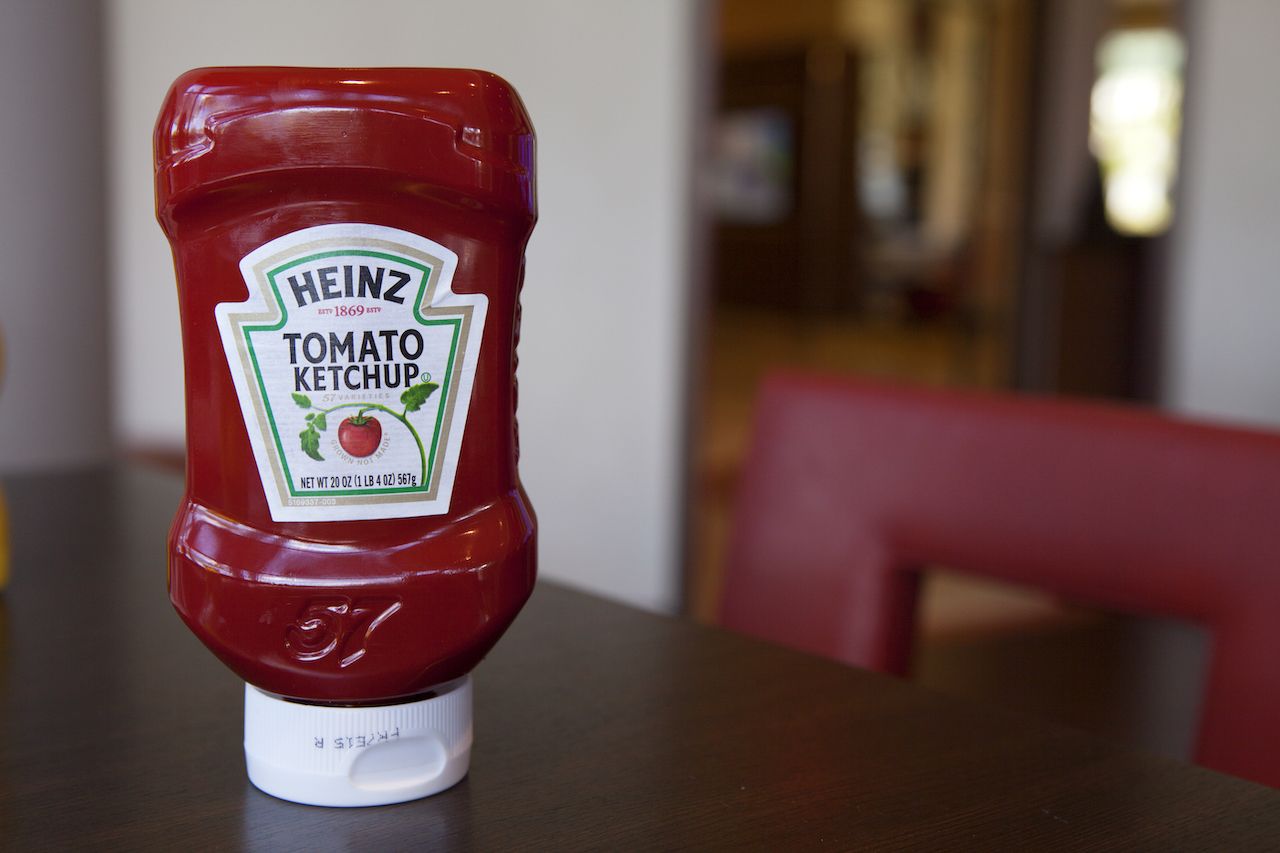 Heinz picked up on the fact that Americans wanted a health-conscious alternative, so he opted to use ripe, red tomatoes in his recipe, which contain pectin (a natural preservative), vinegar to increase the shelf life, and, finally, sugar to sweeten it up for the American palette. He came up with the modern ketchup spelling, too — at the time catsup was still the preferred term.

Heinz ketchup was an instant hit. By the early 1900s, the company had sold millions of bottles. People simply stopped making ketchup at home, and the recipe began to vanish from cookbooks.

Heinz ketchup proved so popular for a couple of reasons. Not only does it have a long shelf life, but it’s versatile, too — it can boost the flavor of almost any dish. Ketchup is a humble ingredient, deceptively simple. Yet there’s a reason its flavor hasn’t evolved at all in more than a century: It’s almost universally compatible. In Poland, ketchup is a common pizza topping. In Germany, it’s paired with spicy sausage. Though ketchup is quintessentially American — convenient to use, mild, and sweet — it is beloved everywhere.

Heinz alone sells more than 650 million bottles of ketchup around the world each year for a reason: Not only does it taste good, but it also contains just as much nostalgia as it does tomatoes. Our parents let us douse our fries in it. It appeared at all our family dinners and barbecues and Fourth of July parties. No matter how it landed on our shores, Americans love ketchup, and our cuisine, from the lowbrow hot dog to a more complex chili, simply wouldn’t be the same without it.

Food + DrinkThe World History of All Your Favorite Condiments
Tagged
Food + Drink
What did you think of this story?
Meh
Good
Awesome