When thinking about French cuisine, foreigners often consider beef bourguignon, ratatouille, and croissants. They rarely think cervelle de canut, tablier de sapeur, or praline. And yet, these foods and dishes are just as famous all over France, and they have one thing in common: a connection to Lyon, a hotspot of French gastronomy that locals sometimes call “the stomach of France.”

At 10:00 AM in Lyon’s Croix-Rousse district, the hallmarks of the city’s food are already apparent. In the bakery Boulangerie des Chartreux, waste collectors in orange vests snack on coffee and tarte à la praline. Downhill, in restaurants called bouchon that specialize in Lyonnaise cuisine, kitchens help whip up enough Nantua sauce to serve with the day’s quenelles. All over town, if the sun is out and exams are over, students will get picnic-ready, making cervelle de canut from scratch or buying a nice sausage called rosette de Lyon on their way to the park.

What makes cuisine Lyonnaise so iconic for the French is not technique, nor some chef’s world-famous name. It’s the locals’ obsession with it, the strong sense of identity it gives them, and the stories behind it — some relatable, some bordering on epic. All of these stories make Lyon what it is today: a thriving economic center and a UNESCO World Heritage site.

In 1935, the famous food critic Maurice Edmond Sailland (better known as Curnonski, or by his nickname “Prince of Gastronomy”) declared that Lyon was the World’s Capital of Gastronomy. The title stuck, at least in France. The French come to Lyon for the local cuisine and bring food items back home.

To begin to understand why, you must start with a three-course meal. 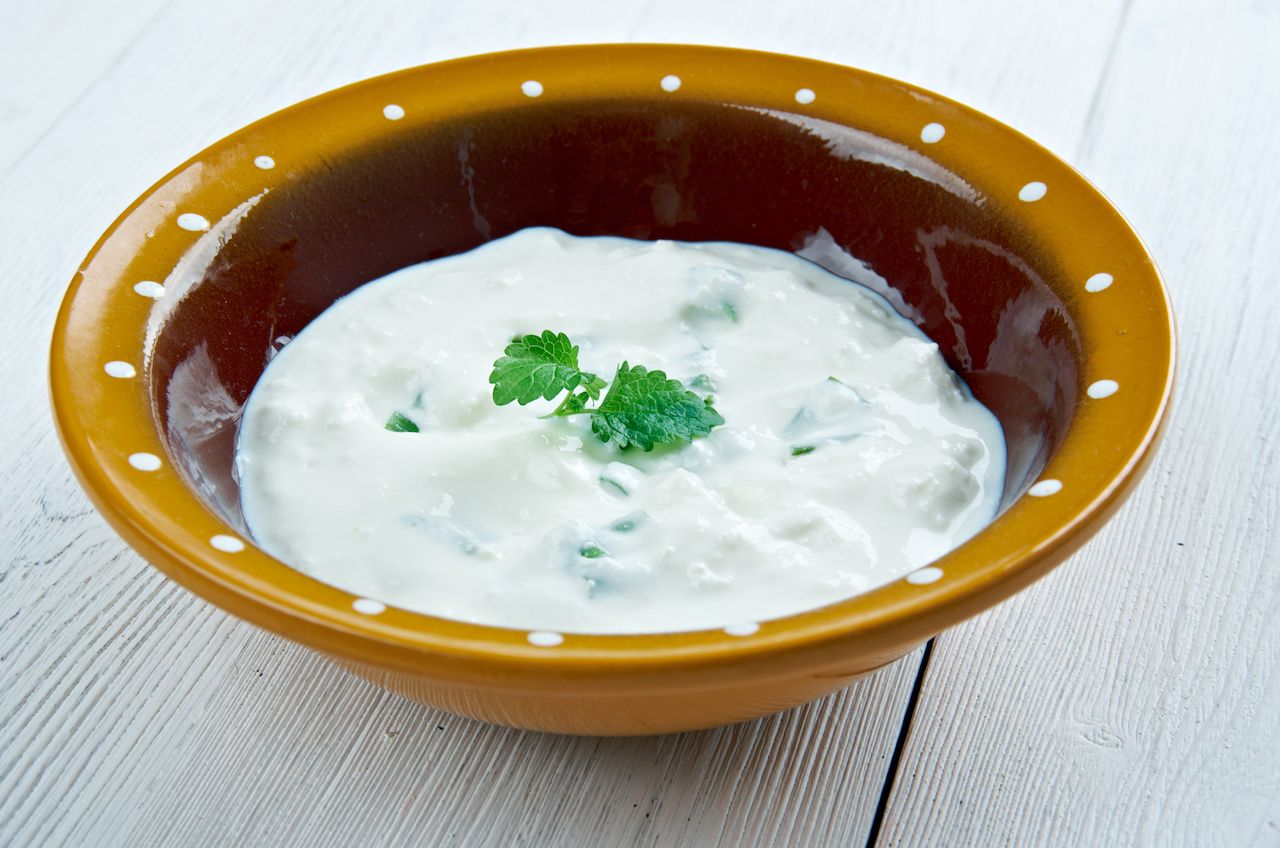 Cervelle de canut has a bit of an unappetizing name to those not in the know, but the history explains it all.

In the early 1800s, La Croix-Rousse was a working-class area where blue-collar silk workers made the products that built Lyon’s fame and fortune. They were, in a derogatory manner, called canuts. Every morning, the canuts took a break and shared a meal of mâchons — a platter of local snacks, such as red wine, tripes, saucisson (dry sausage), and what they called claqueret, which was a seasoned mix of creamy cow and goat cheeses.

The canuts revolted against poor working conditions in the 1830s. Hundreds died as the bourgeoisie turned against the working class in Croix-Rousse. During the revolt, according to local folklore, the bourgeoisie started calling the claqueret part of the canut meal “cervelle de canut,” or canut’s brain. Another theory is that calling the cheese dish cervelle de canut mocked the canut’s poverty since they couldn’t afford meat-based meals.

The silk workers lost their fight. Cervelle de canut, however, became famous in the process. Today, nobody in Lyon uses the term claqueret anymore: cervelle de canut is the only and right name for it, and the word canut at the end of it is said with pride. 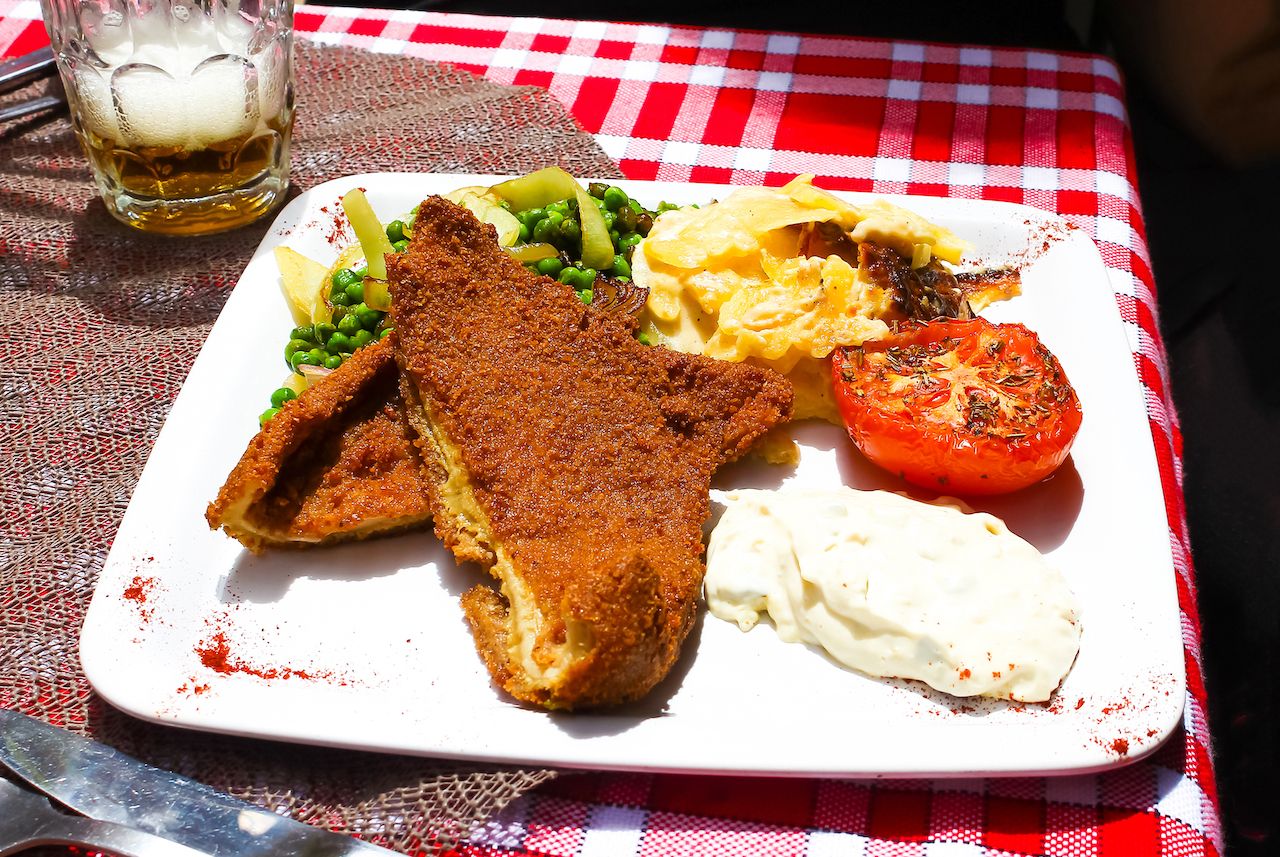 The story of tablier de sapeur is about a sapper (a combat engineer in the army) named Boniface de Castellane and a strong woman named Léa Bidaut.

In the mid-1800s, Castellane was the military governor of Lyon, where he earned a reputation among locals as a man with an unreasonable appetite for tripe. The tripe dish of Lyon was made with a marinated and fried piece of gras-double, which is primarily the outer lining of a cow’s rumen (the first of the four cow stomachs).

The best recipe for tablier de sapeur is said to be Léa Bidaut’s. La Mère Léa was one of the famous mères lyonnaises (“Lyonnaise mothers”). These women of modest upbringing, formerly employed as cooks in bourgeois households, opened bistros and restaurants in Lyon from the late 18th century well into the 20th century. They served comfort food to blue-collar workers, and it was so good that it soon attracted more well-to-do gourmands and critics from all over France. These women literally invented Lyon’s cuisine.

Bidaut retired in 1981 and died in 1996 at 88 years old. Her restaurant, La Voûte, chez Léa, is still around and still serves her tablier de sapeur. People remember her as an independent-minded and quick-tempered woman, who rummaged for discarded items at Saint-Antoine Market to make wonderful dishes out of them while saving every penny she could. Above all, people remember the cart she would push around at the market. She had hung a sign on it that read, Attention, faible femme, mais forte en gueule — which roughly translates as “Beware: weak woman, but hell of a strong-voiced one.” 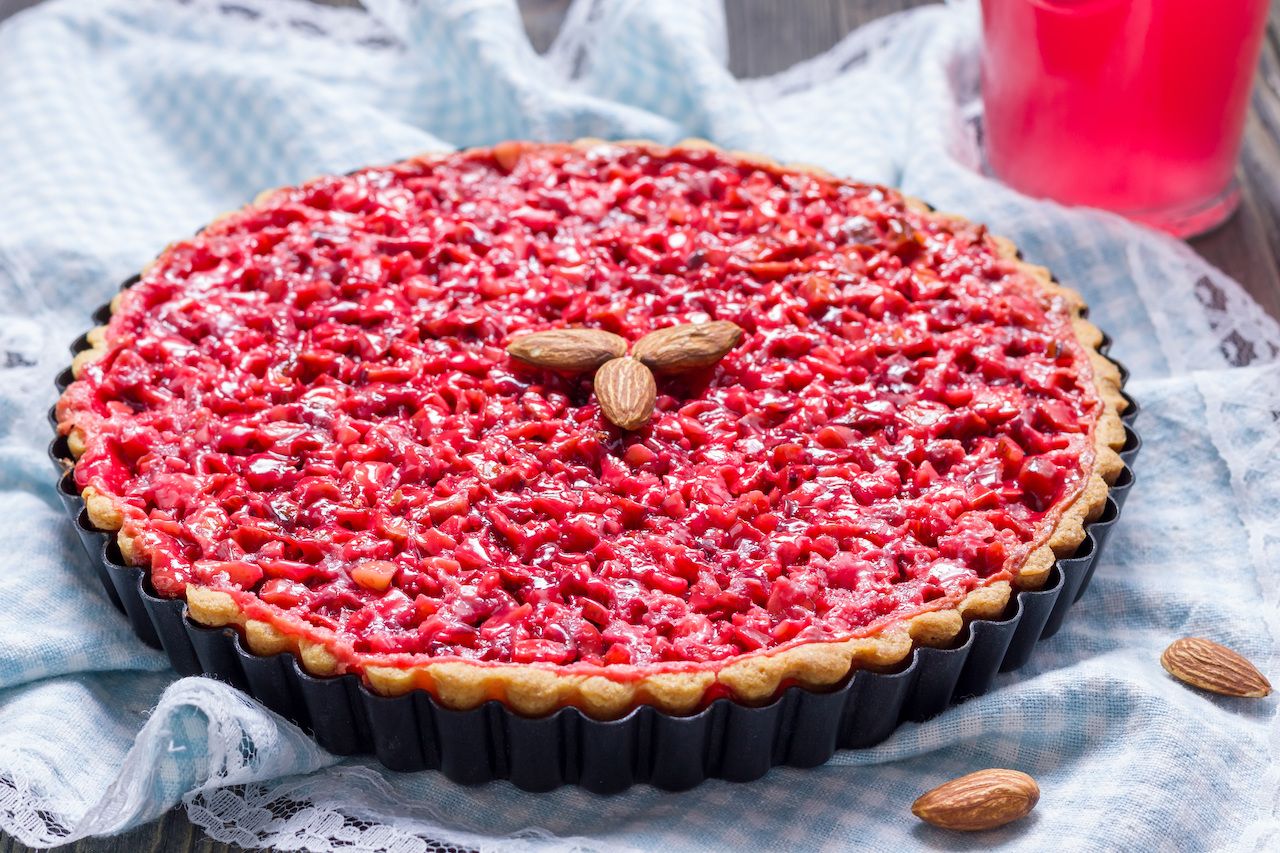 Tarte à la praline allegedly dates back to a 17th-century cook named Clément Jaluzot, who worked for the Count of Plessis-Praslin. One day, he saw an employee with almonds in one hand and sugar in the other, eating both at the same time. The cook thought it was a great idea, so he glazed almonds in red-colored sugar and served them at a dinner. The guests loved it so much that the Count of Plessis-Praslin started to brag that he invented the recipe. So the cook had no choice but to name it after the Count, and it came to be known as praline.

It was further popularized a century later by Françoise Guilloud and her baker husband, Pierre Labully, from the nearby town of Saint-Genix-sur-Guiers. Guilloud gave him her family recipe for a brioche decorated with pralines. The baker sold it as gâteau de Saint Genix (cake of Saint Genix), and his customers loved it — especially the pralines. When Labully’s son took over the family business, he put lots of pralines inside the dough — a bold move that paved the way to the modern praline extravaganza in Lyon’s cuisine.

Lyon’s bakeries today sell all sorts of praline-based desserts such as the iconic tarte à la praline. You will also find an excellent, high-end version of brioche à la praline at the Pralus bakeries; there is one in Croix-Rousse and every Sunday morning, people line up in front of it, often leaving the shelves empty by 11:00 AM.

Insider Guides7 European “second Cities” That Are Even Better Than the Major City
Tagged
Food + Drink
What did you think of this story?
Meh
Good
Awesome