Americans often think of pie as a sweet treat. Some of the most vivid pie memories include diving into a thick slice of pumpkin pie on Thanksgiving or devouring the last remnants of apple pie on the Fourth of July. But pie is far from a sweet American dish. In fact, it really isn’t that American at all. Countries across the world, especially across Europe, have their own unique (and ancient) pie recipes that come in all shapes and sizes. Some are sweet; many are savory and filled with cheese and potatoes. All are worth a try on your travels.

Keep an eye out for these eight popular pies and tarts from around Europe. 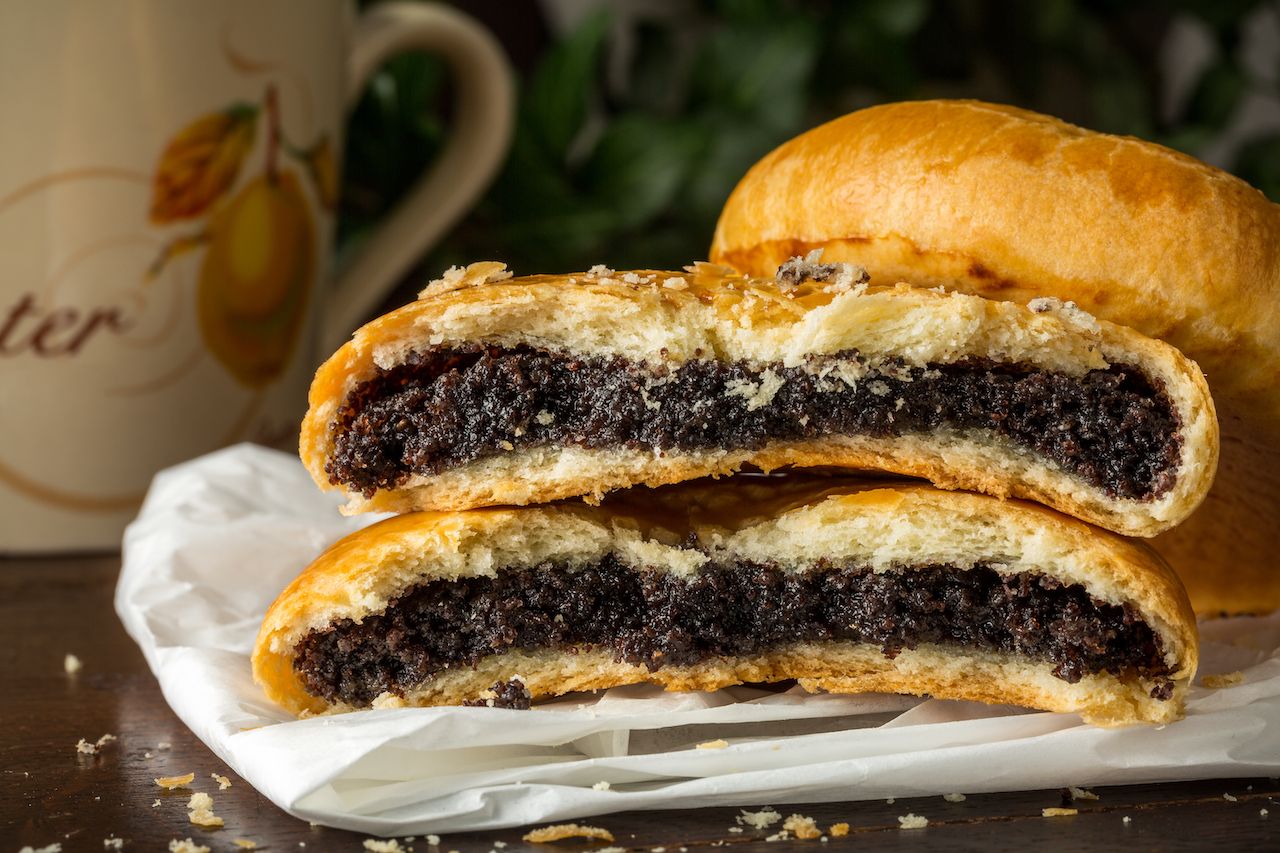 Zeltens are little hand pies from heaven. These discs are popular in shops and markets around Austria. The most famous variety, the mohnzelten, is stuffed with a gooey poppyseed filling. Poppyseeds are a symbol of luck, and these lucky zeltens are most popular around Christmas and New Year. Other versions are filled with nuts (nusszelten) or fruit like apples. The dough is less flaky than other pie doughs, holding all of the delicious filling together and maintaining its shape with each bite. 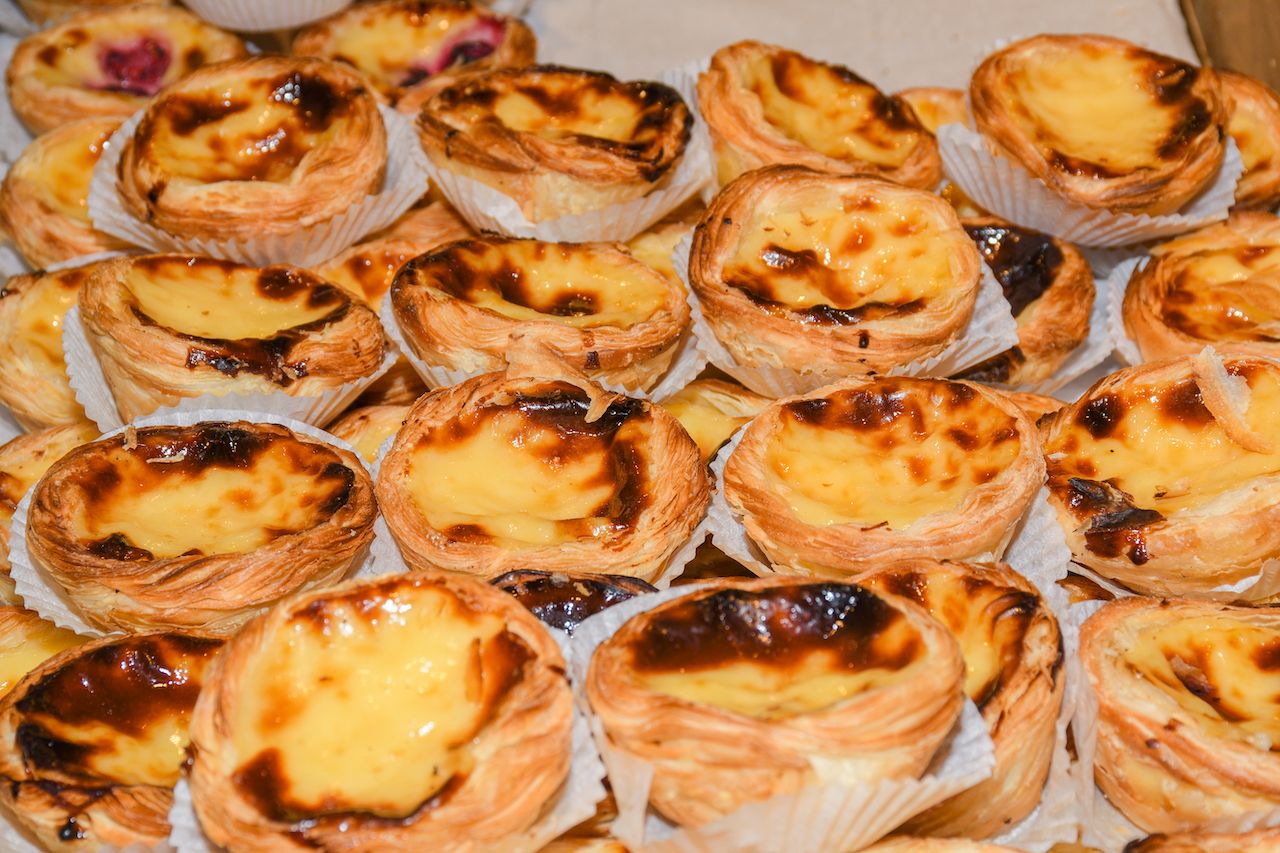 These custard-filled treats (pastel de nata translates to “pastry of cream”) fit perfectly in the palm of your hand. The flaky dough is filled with a creamy egg custard, and the top is lightly caramelized. It’s also sometimes called pastel de Belém (pastéis when plural) after the Jerónimos monastery in the Lisbon region of Belém where the egg tarts were invented in the 1800s. Monasteries were shut down in Portugal in 1834, and the monks started selling their pastries to the masses. A storefront opened in 1837 dedicated to the pastéis. Today, you can find pastéis de nata around the world, but few experiences match up to eating one in the original, blue-and-white-tiled shop in Belém. 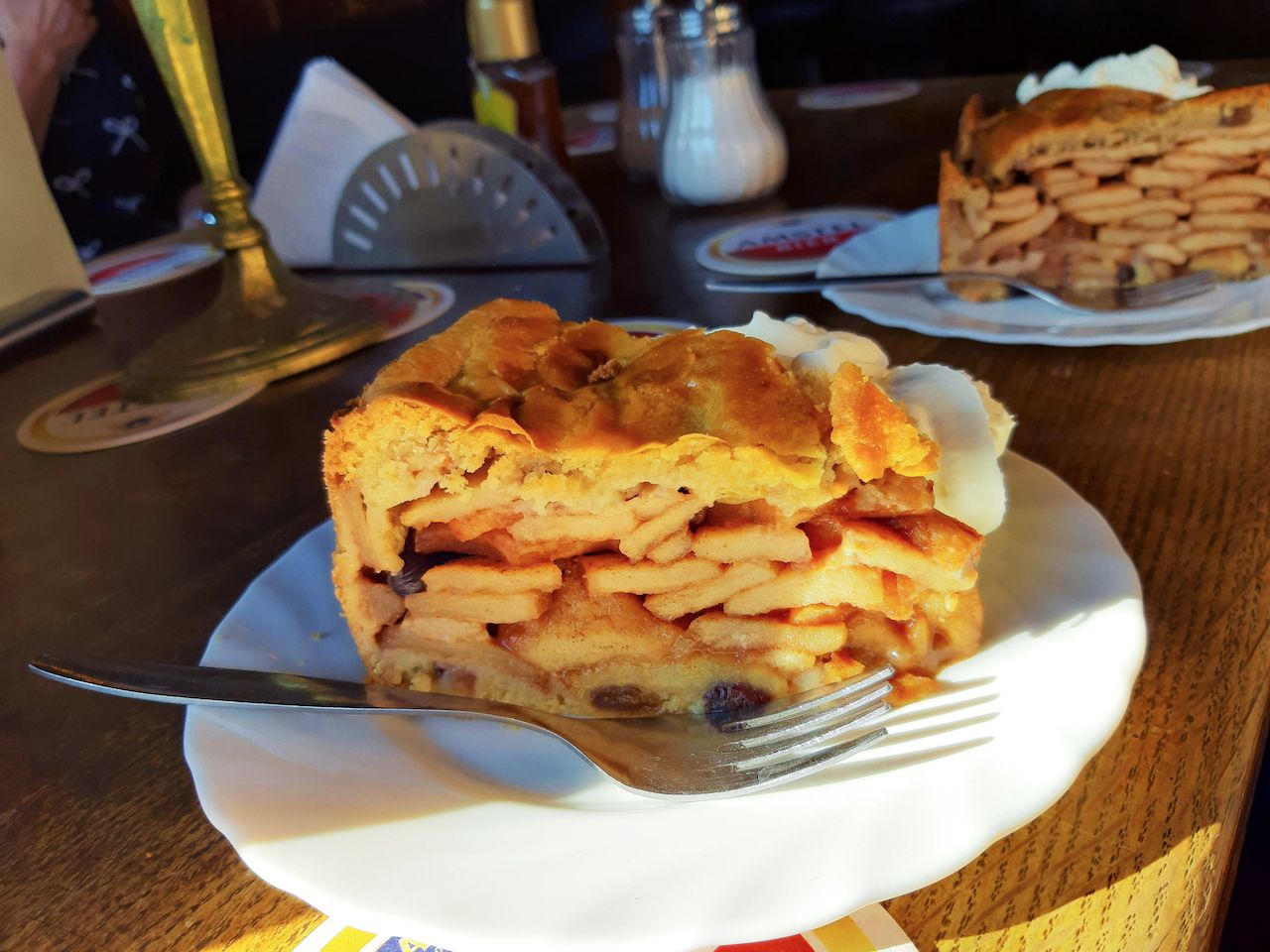 While the United States loves to claim apple pie as its own, this popular delicacy has a much older history. The Dutch have been perfecting their appeltaart recipe since at least the Middle Ages, which is when the oldest recipe is said to have come from. This sweet pie is a tall order today — literally. The Dutch version stands much higher than American apple pie, and it is filled with large chunks of tart apples, cinnamon, lemon, sugar, rum, and brandy. A mound of whipped cream on the side or on top is standard. 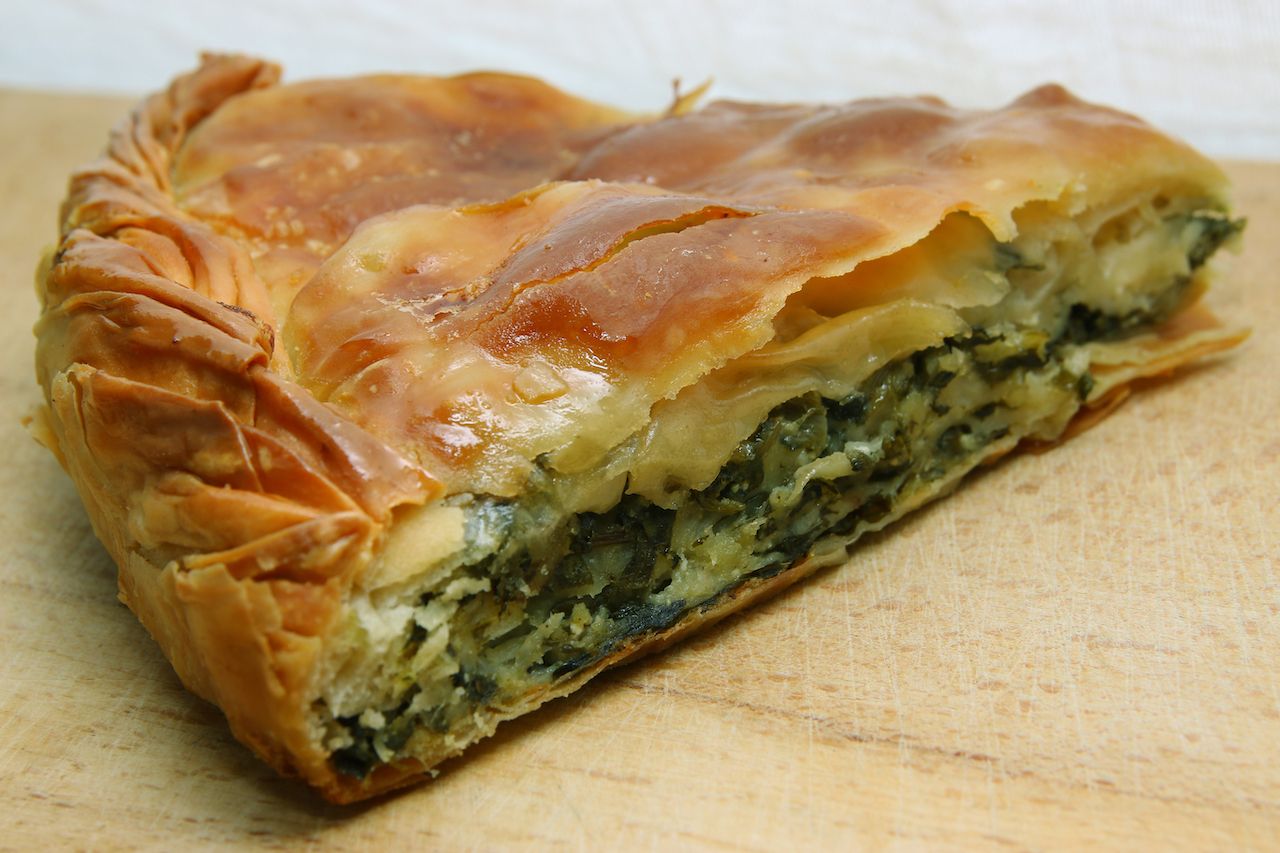 Spinach and feta cheese (spanakopita means “spinach pie”) make up the filling of this savory pie wrapped in layers of phyllo (also spelled filo) dough. Phyllo is paper thin, unleavened dough that’s layered and brushed with oil or butter. It’s frequently used in Balkan, Mediterranean, and Middle Eastern cuisines. Similar spinach pie recipes are found in these regions as well, making it hard to pin down the true origins of the dish. It’s not hard to pin down when people eat it, however, as it’s a commonly consumed snack or starter. Spanakopita is popular year-round but is a beloved food during the week before Lent when diets are traditionally restricted to eggs, butter, and milk. 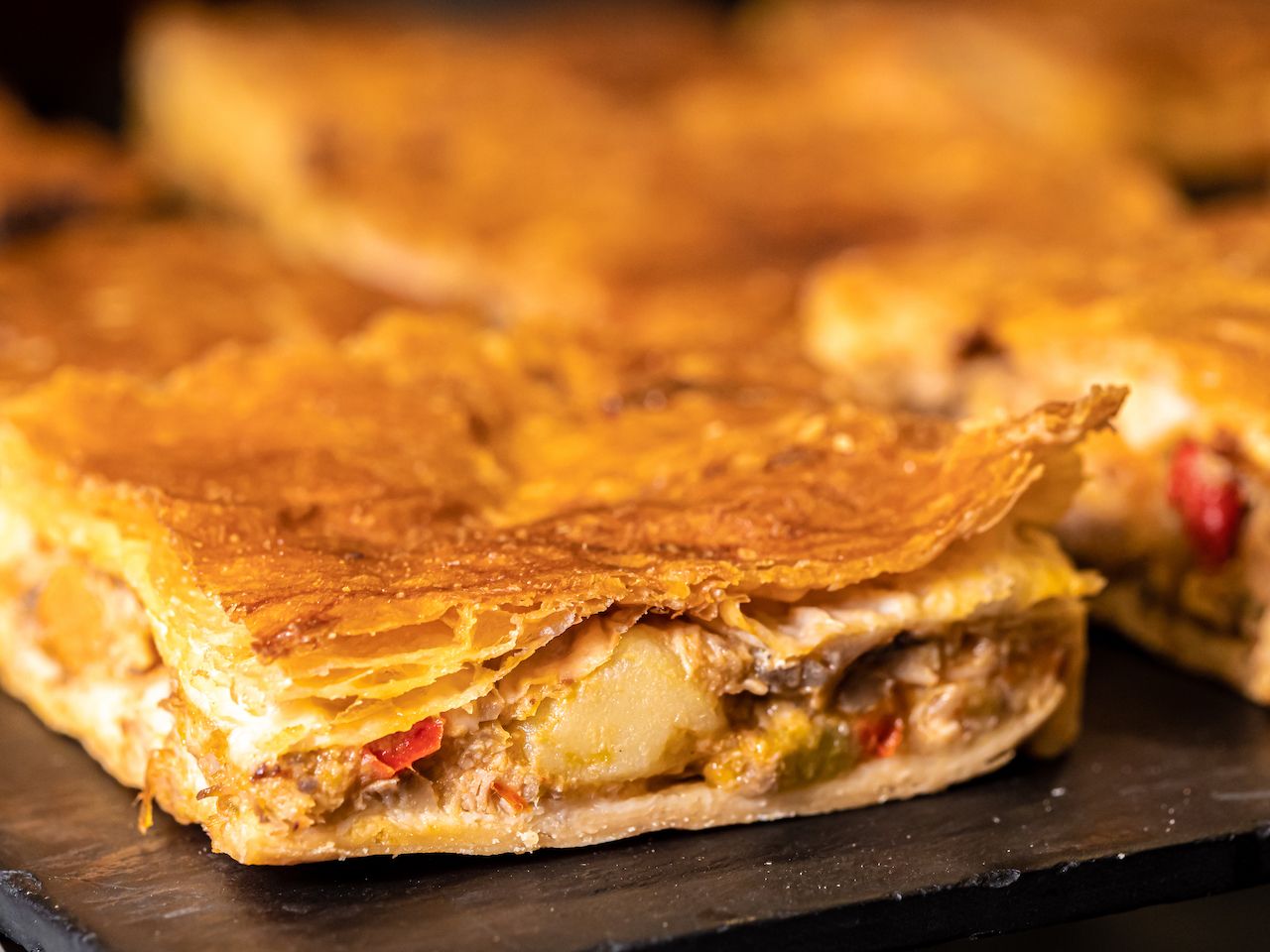 This thick-doughed delicacy comes from the region of Galicia in the northwest of Spain, which is situated at the confluence of the Cantabrian Sea and Atlantic Ocean. Galician empanadas are made with a mixture of cooked tuna, tomato sauce, peppers, onion, and spices that are sandwiched between a doughy top and bottom crust. It’s typically cooked in a rectangular dish and served in cut squares. The word empanada stems from the spanish verb empanar, which means “to bread.” While many countries have their own version of empanadas, the original is believed to have come from Galicia, and a Catalan cookbook from 1520 lists an empanada recipe. 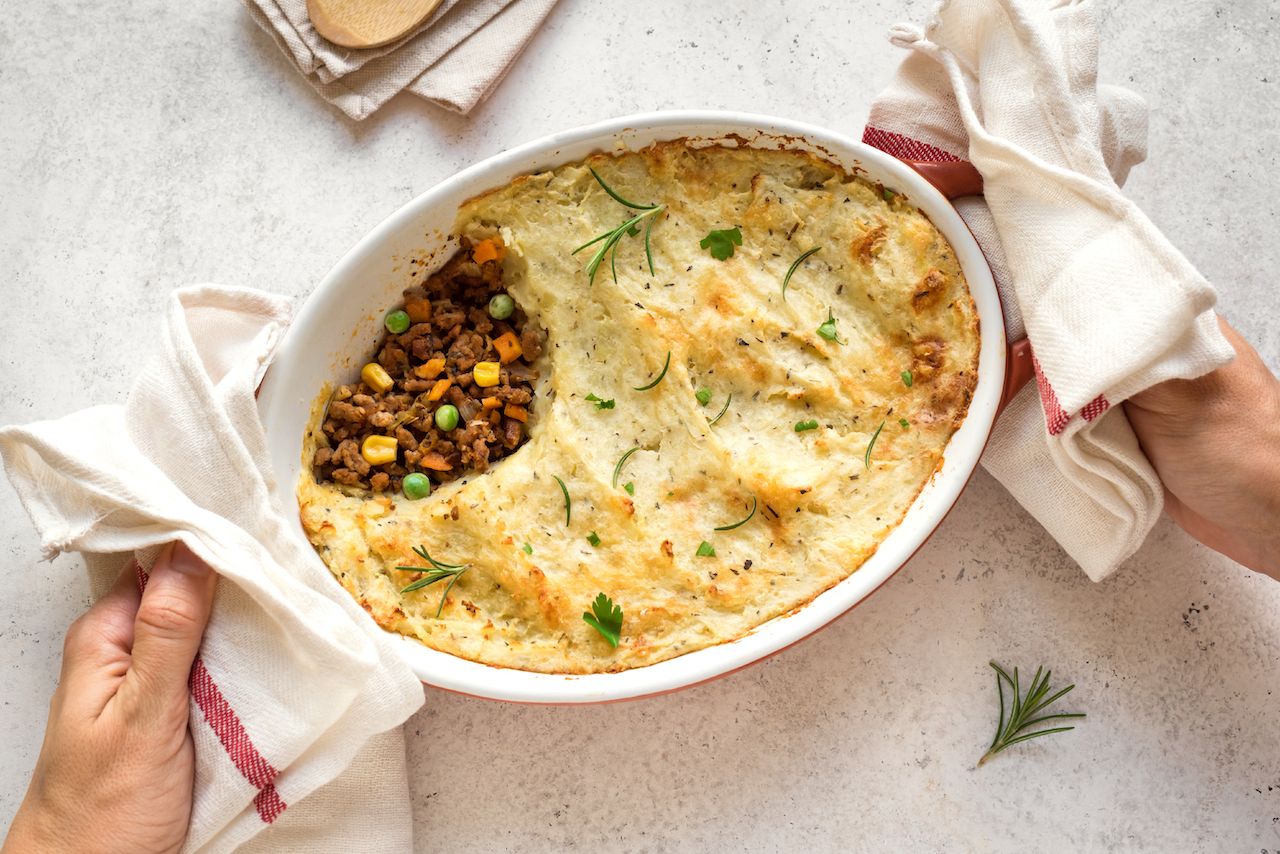 Mashed potatoes are the crust of this savory comfort food. Common throughout the UK, shepherd’s pie combines ground meat (usually lamb) with veggies like onion, carrots, and peas. The filling is all mixed in a gravy-like sauce. These ingredients are then topped with the potatoes and baked until the topping browns slightly. It’s a hearty dish that was typically made to satiate hunger after a long day’s work on the farm or in the factory. Today, however, gourmet chefs are putting their own spin on shepherd’s pie, and you’re likely to find alternatives to the original, including vegetarian versions. 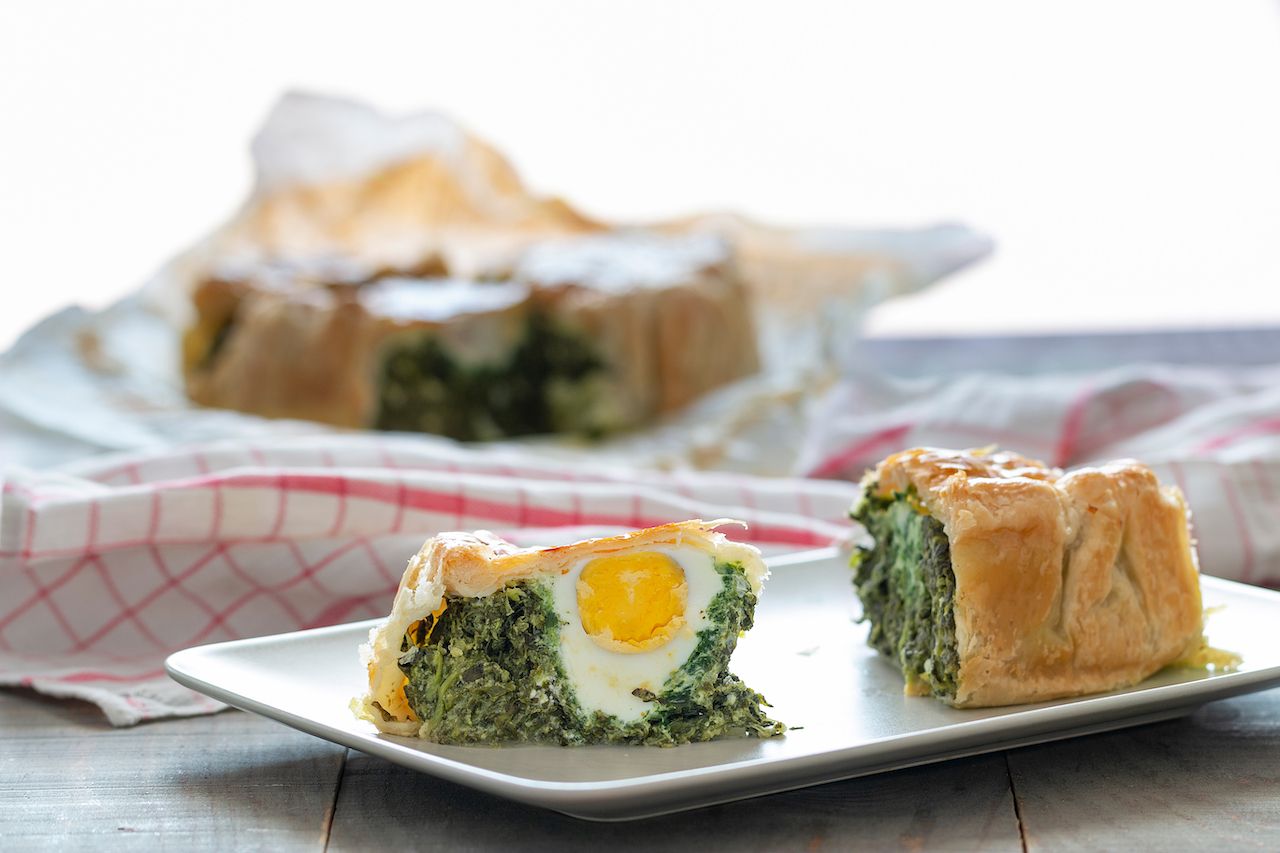 Torta pasqualina is the traditional vegetarian Italian Easter pie. The flaky pastry crust encases a monstrous amount of leafy green filling, which often includes artichokes, chard, or spinach. Small divots for whole eggs with unbroken yolks are made inside. The dish comes from the northwest region of Liguria, though it’s now popular around Italy and is served year-round, not just at Easter. 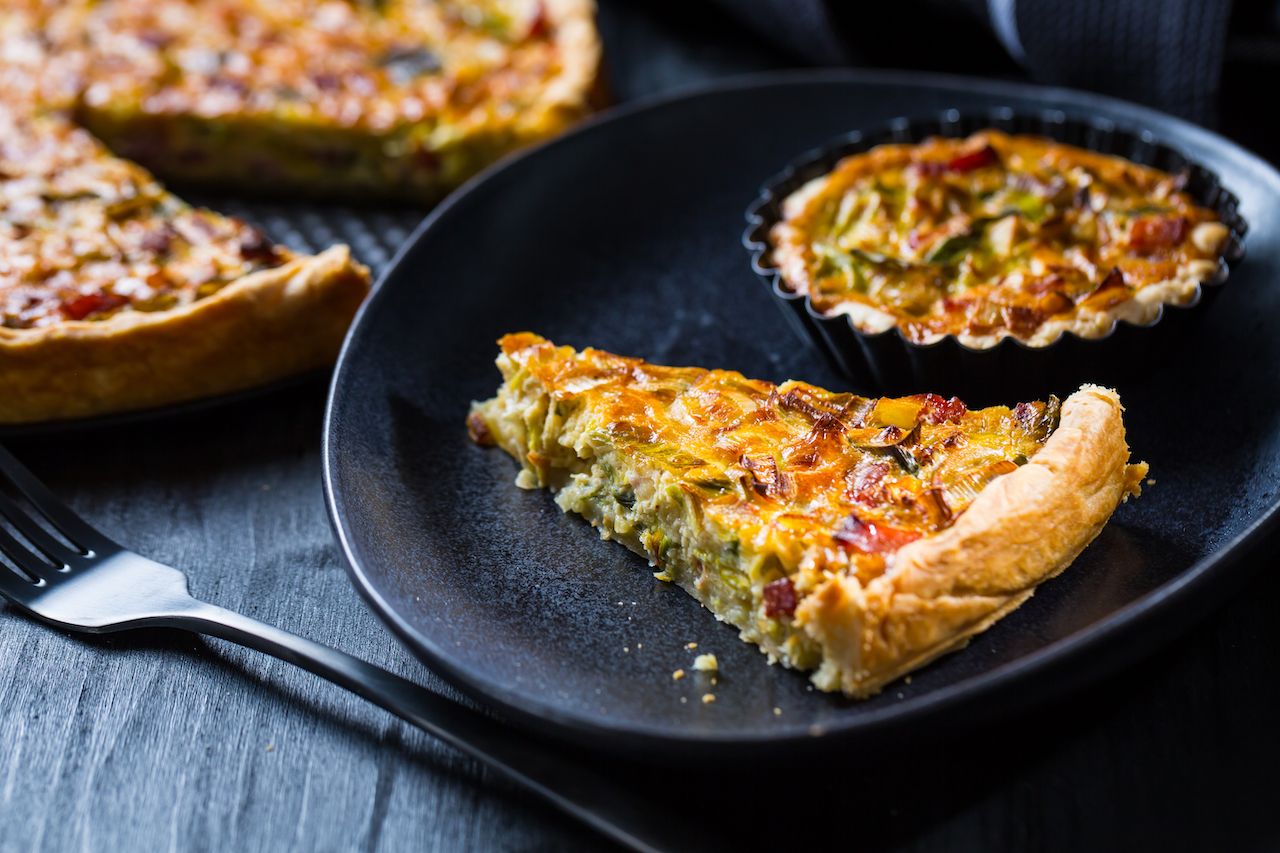 Eggs and bacon are the stars of this dish, which is delicious for breakfast, lunch, or dinner. A rich, buttery pastry dough forms the base of this open-faced pie, which is one of many varieties of quiche. This one comes from the Lorraine region of France, as the name suggests, which neighbors Germany, Belgium, and Luxembourg. Like all quiches, the French classic has its roots in German cakes — quiche comes from the German work for cake, kuchen. In addition to bacon, quiche Lorraine can also be filled with fragrant gruyère cheese and onions.

Food + Drink6 Mouth-Watering, Savory Pies From Around the World
Tagged
Dessert Food + Drink
What did you think of this story?
Meh
Good
Awesome