In the United States, pie is generally associated with dessert. It’s the sweet treat at the end of a holiday meal and breakfast the next day if there are leftovers. Yet, while there are other regions around the world that appreciate sweet pies, savory fillings are much more common.

Savory goes back to the earliest days of pie. The word itself is believed to have come from the Latin word pica, the term for a magpie bird (old English translations pronounced it pies or pyes). One likely reason the dish was named for magpies is that the birds were a popular filling. While the name also could have been inspired by the magpie habit of taking anything and everything it could find and gathering it all in one little nest, it’s undeniable that birds of all flocks and feathers were traditionally baked inside the hard crusts (or coffyns) of early pies. Variations on dough casings with savory ingredients were soon invented and brought to all areas of the world.

Today, there’s no doubt it’s a sweet world out there. But when it comes to pie, don’t sleep on the savory. 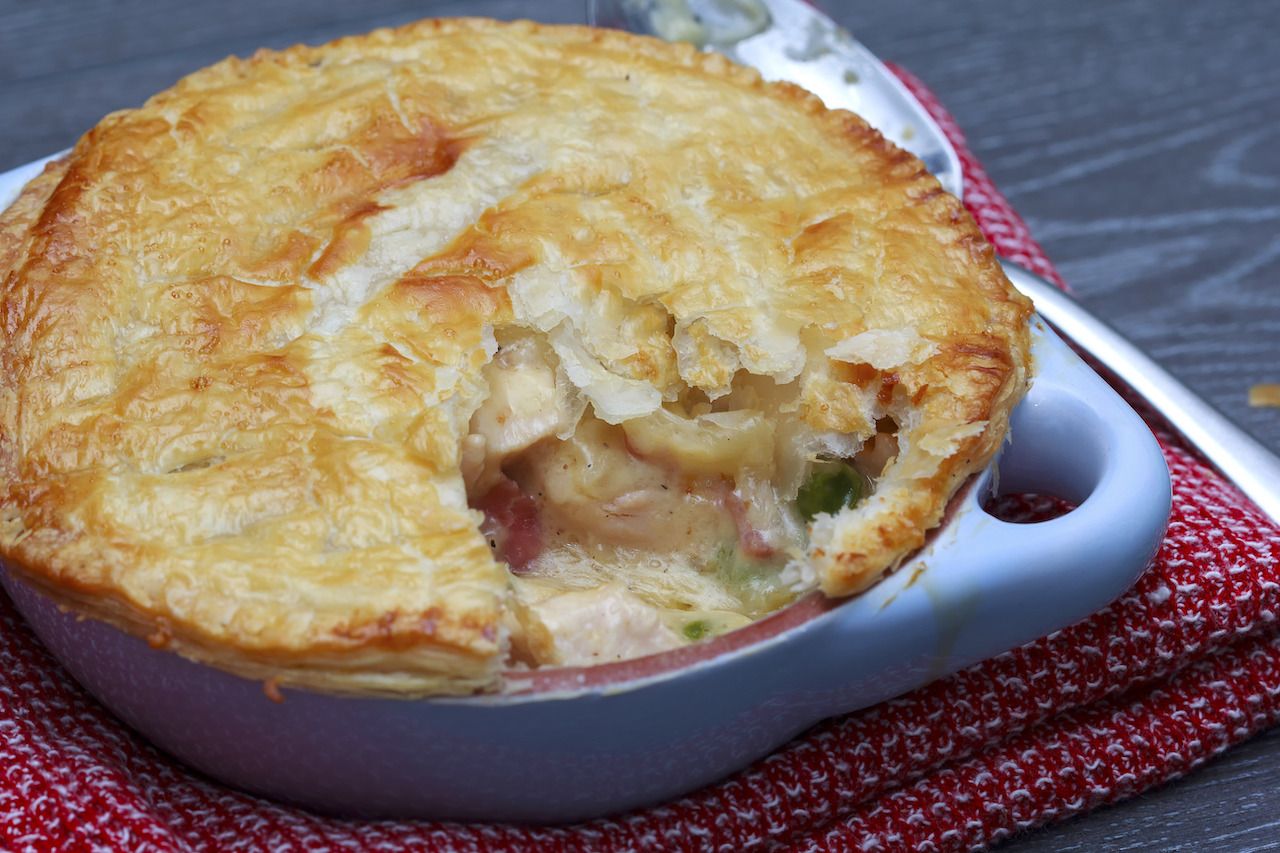 The most basic of all savory pies, pot pies date back to the ancient Greeks and Romans. Chicken pot pie, arguably the most famous of today’s pot pies, is a distant relative of those early pies people ate when the general population was much less picky about the type of bird on their plate. The English had a penchant for pot pies with deer, mutton, pork, and all other types of meat.

Pot pies of some type landed pretty much wherever the British landed. The first documented pot pie recipes in America are in the first American cookbook, American Cookery. The book had chicken pot pie, beef pot pie, and one named sea pie. The latter got its name from how it was made on ships with whatever preserved meats could be gathered from the larder. 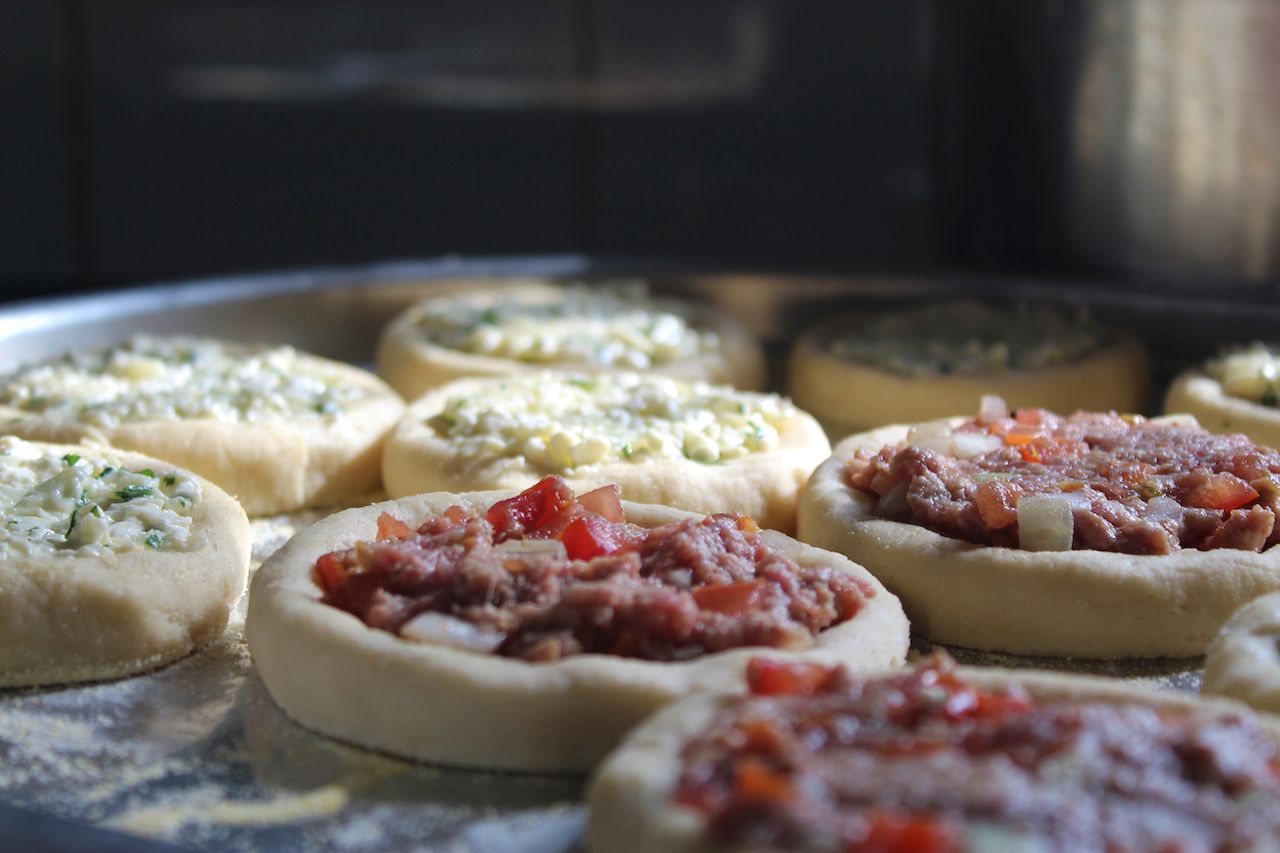 Originally from the Levant, sfiha is an open-faced pie traditionally made with a mix of pomegranate molasses, tahini, tomatoes, onion, parsley, soft cheese, and ground lamb or beef. It somewhat resembles a pizza pie and is common in eastern Mediterranean countries. It’s also a popular dish in Brazil and Argentina, where it’s known as esfiha. Immigrants introduced esfiha to this part of the world in the 1900s. 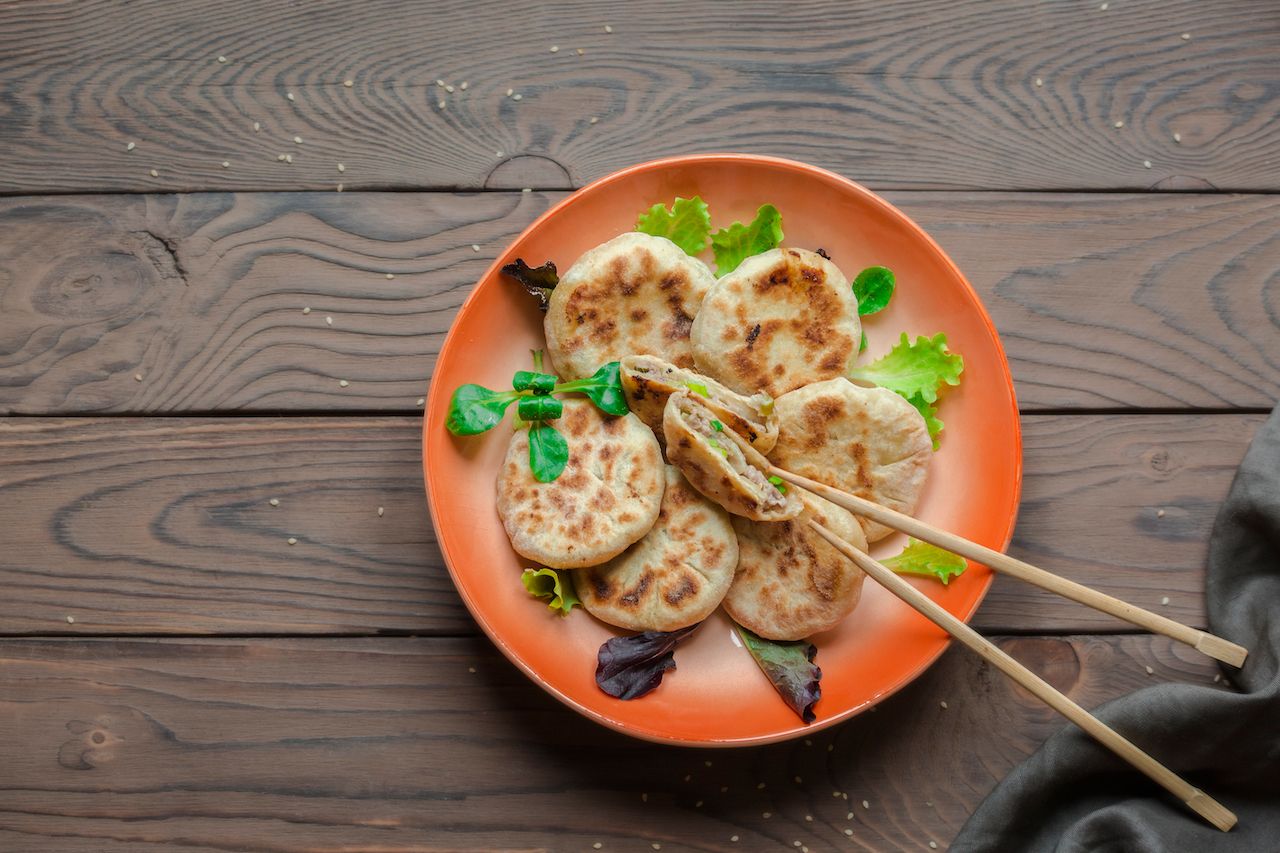 These Chinese meat pies are made with a fried or steamed casing of dough filled with beef, vegetables, and spices. Xian bing are disc-shaped and hand-sized, meant to be eaten as a snack (xiaochi) or on the go. 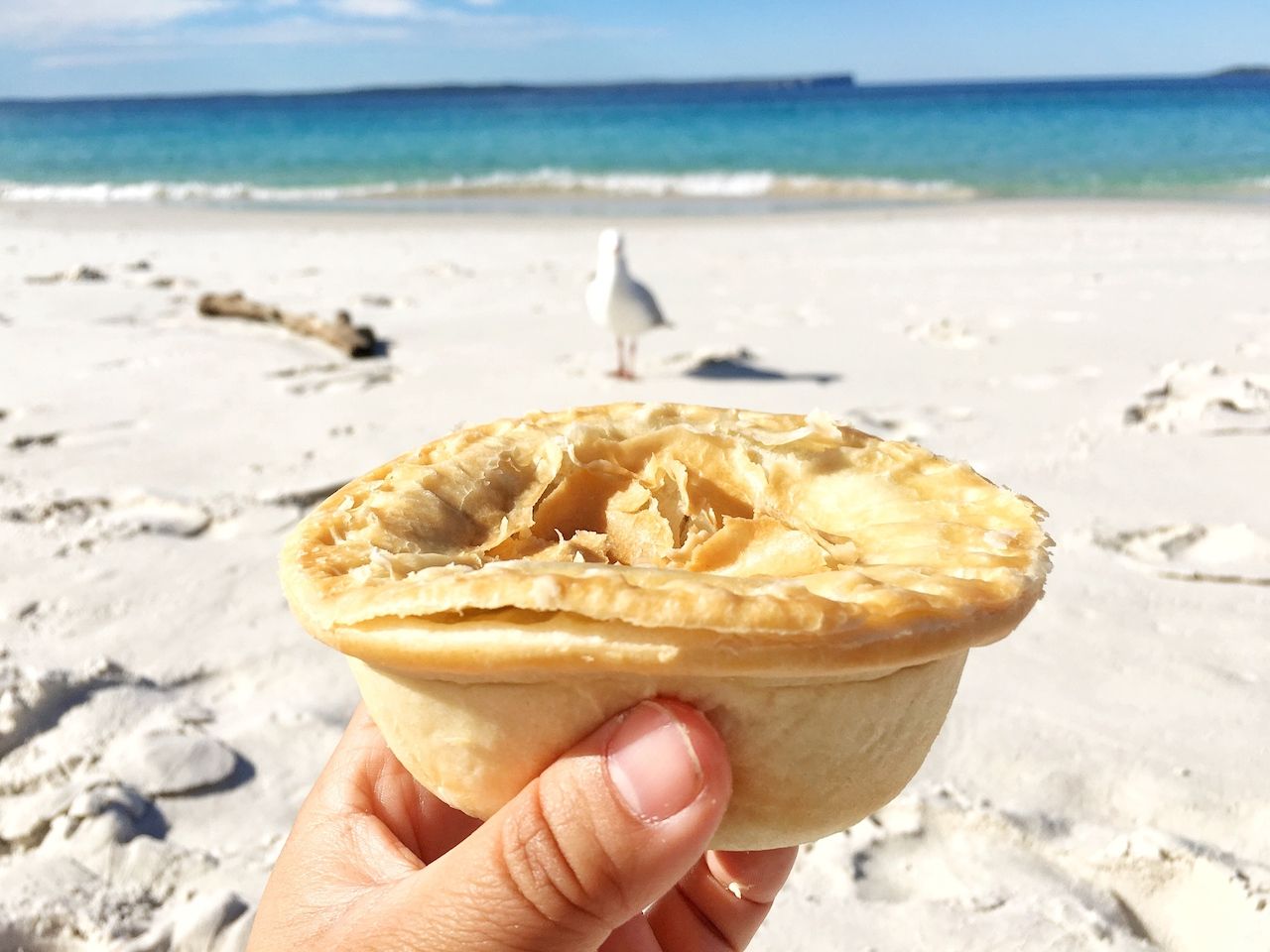 England is the home of meat pies. Like pot pies, meat pies landed wherever British sailors and colonizers traveled. The main difference between the two is that meat pies are smaller and designed to be eaten by hand rather than with a fork and knife. The shape can either be a smaller version of the traditional circular pie or a half-moon shape.

Arguably the most famous meat pies are eaten in Australia, where they’re an unofficial national dish and are served with ketchup. Nigeria’s meat pies are a descendant of the British pie tradition, as well. This version is typically a street food and especially popular in Lagos, which once served as a popular port for British sailors. These meat pies include the usual meat and vegetables but add curry powder, cayenne, and other spices. 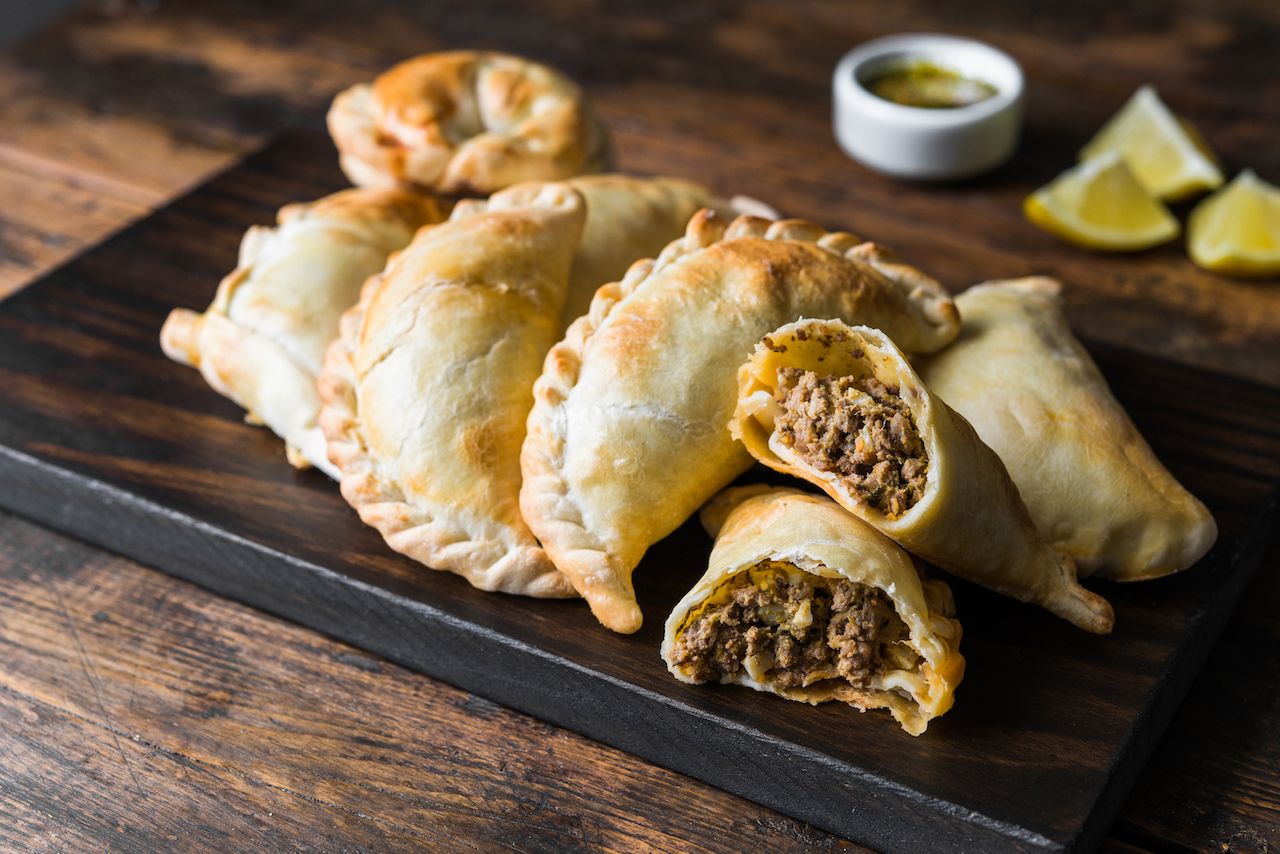 These half-moon shaped hand pies are some of the most ubiquitous in the world. Originally from Spain, you can now find versions of empanadas all over the Caribbean and Central and South America. Similar to how British sailors spread meat pies across the world, the Spanish Navy helped make empanadas popular beyond its shores. Seafood versions date back to the 1500s on the Iberian Peninsula, and another version is also prepared using chorizo as the main ingredient. Today, each empanada-eating region adds local ingredients. Argentina and Uruguay are particularly famous for their beef empanadas. 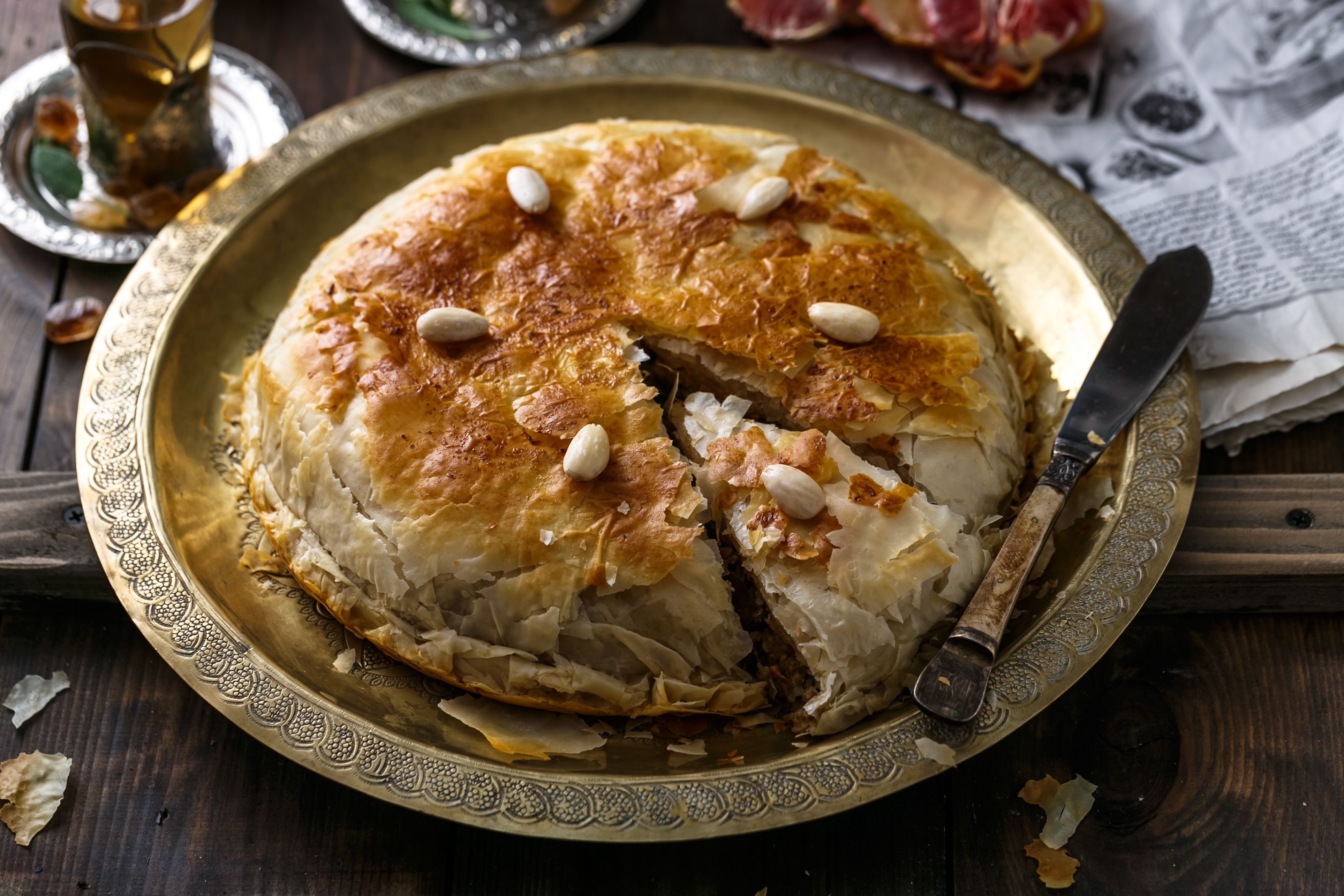 The pastilla is a Spanish meat pie comprised of a thin layered pastry crust and topping. Its creation dates back to when Arabic, Jewish, African, and Galician influences all mingled on the Iberian Peninsula. One of the most famous types of pastilla today can be found in Morocco, where it’s pronunciation has changed to bisteeya. Here, it’s traditionally made with squab or another bird that’s chopped up with a long list of spices and egg. The top has a dusting of powdered sugar and cinnamon.

Food + DrinkThe signature, iconic pie for every state in the US
Tagged
Food + Drink
What did you think of this story?
Meh
Good
Awesome