As temperatures in Texas brutally dropped, knocking out entire power grids, thousands of sea turtles were found cold-stunned on the beaches of South Padre Island, off the southern coast of Texas and in need of help.

According to the National Oceanic and Atmospheric Administration, the term “cold-stunned” refers to “a condition in which sea turtles become very weak and inactive from exposure to cold temperatures. It generally occurs when water temperatures fall below 50˚F (10˚C) where sea turtles are present. Cold-stunned turtles become lethargic and are eventually unable to swim causing them to float at the surface. Wind and/or tides may wash them ashore.”

Wildlife groups and volunteers have brought 4,700 sea turtles to the The South Padre Island Convention Center & Visitors Bureau since Monday, Reuters reported. Some volunteers brought cars and trailers filled with sea turtles in the hopes of rescuing them from the unusual cold temperatures, The Guardian explained.

The South Padre Island Convention Center & Visitors Bureau lent its space to neighboring sea turtle rescue organization, Sea Turtle, Inc, which has been overwhelmed with volunteers attempting to save the cold-stunned animals since last week and could not take any more animals in its facility.

My mom is retired, & she spends her winters volunteering at a sea turtle rescue center in south Texas. The cold snap is stunning the local turtles & they’re doing a lot of rescues. She sent me this photo today of the back of her Subaru. It’s *literally* turtles all the way down. pic.twitter.com/xaDRNjLDoQ

Wendy Knight, Sea Turtle, Inc’s executive director, told the Huffington Post that this was the “largest cold-stun event in over a decade.” 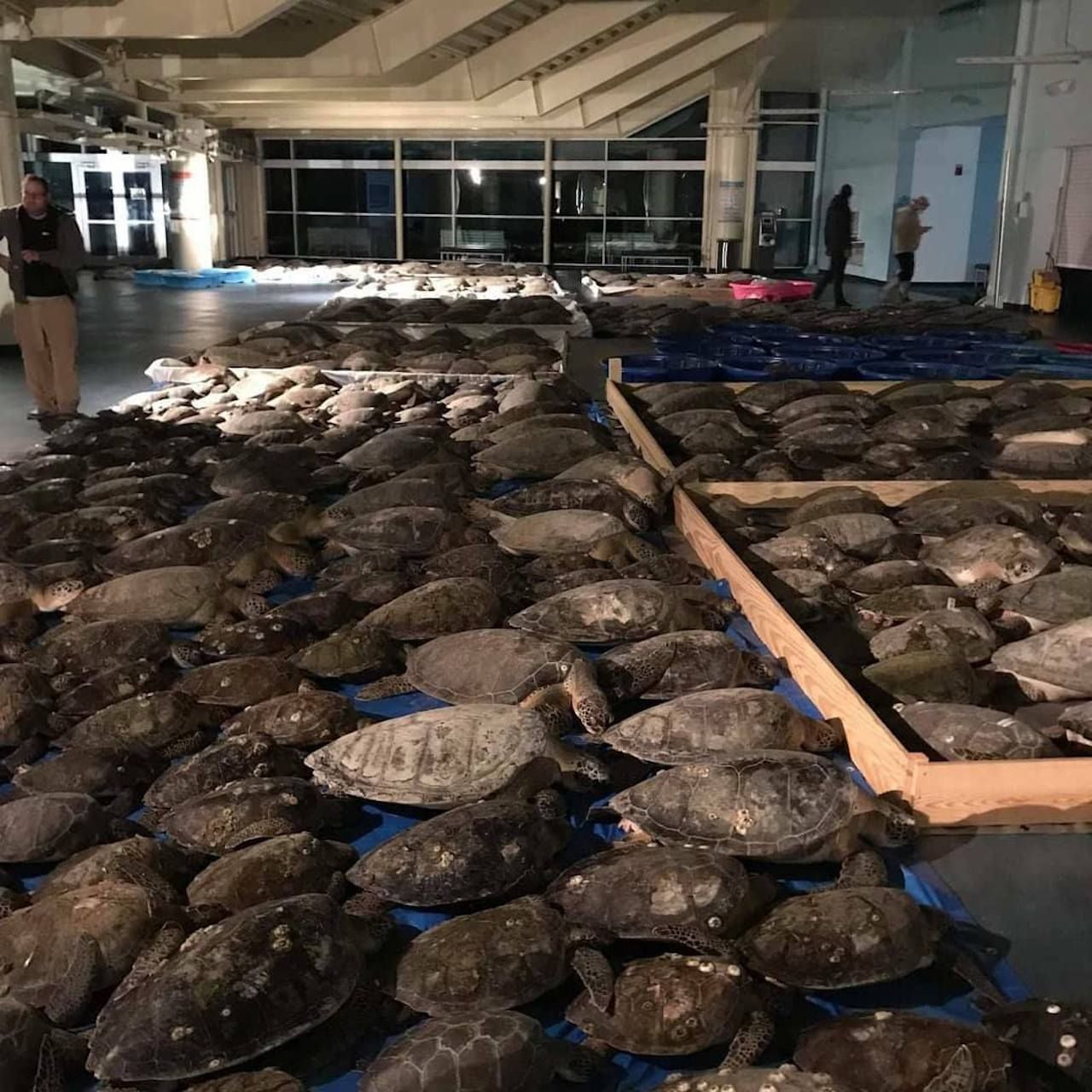 While there were concerns over the well-being of the animals since both facilities had lost power and water supplies on Sunday, it has now been restored and the sea turtles are being cared for attentively in the hope that they will all warm up and survive this winter’s hardship.

WildlifeWalk With the Turtles at This Sea Turtle Hospital in Florida
Tagged
News Wildlife
What did you think of this story?
Meh
Good
Awesome