If you love animal encounters but don’t want to support activities that lack a conservation angle, your options for compassionate ways to spend time with wildlife may be limited — but they do exist. On Florida’s east coast, the best way to see marine wildlife in a safe, ethical, and educational way is to head to Loggerhead Marinelife Center. About two hours north of Miami and open daily, the sea turtle hospital is a sanctuary for creatures who have been injured or are experiencing health issues that would prevent them from surviving in the wild. The center promotes conservation of ocean ecosystems, with a focus on threatened and endangered sea turtles, and its facility features an onsite hospital, research laboratory, educational exhibits, and aquariums. 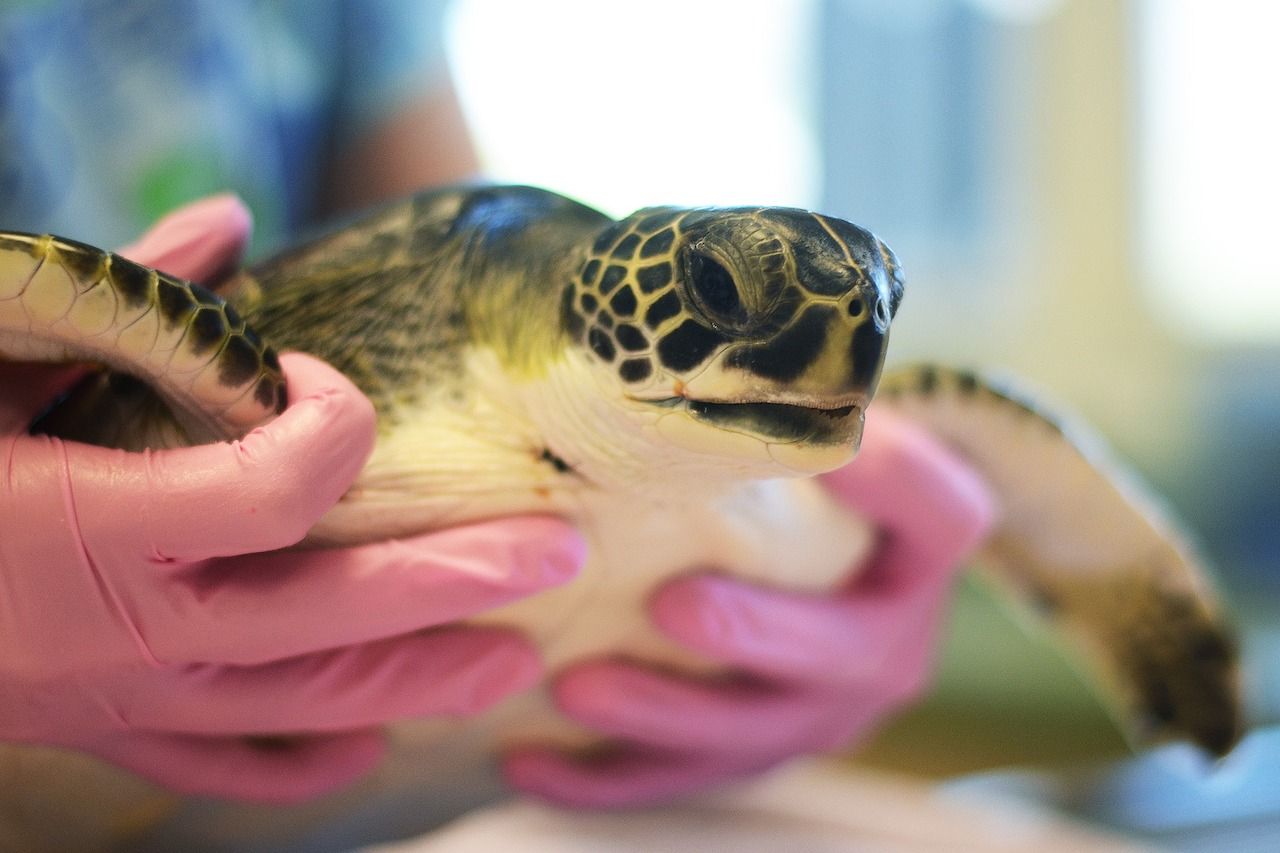 “Palm Beach County, Florida, is among the most prolific of sea turtle nesting grounds in the Americas,” said Jack E. Lighton, CEO of Loggerhead Marinelife Center. “Here at the Sea Turtle Hospital at Loggerhead Marinelife Center, we welcome over 350,000 guests from around the world each year to observe our working sea turtle hospital — and of course, admission is always free. We have a saying that the sea turtle tells us the health of the ocean, and the ocean tells us the health of the planet. Each day, our amazing team of staff and volunteers strives to engage and educate guests about our important work.”

The dedicated veterinary team at the center, led by Dr. Charles A. Manire, rehabilitates sea turtles who come under their care, releasing them back out into the wild as soon as they’re strong enough to survive on their own. Of course, if the turtles have sustained injuries that prevent them from ever being able to return to the ocean, they’re sent to a forever home that is equipped to provide long-term care. 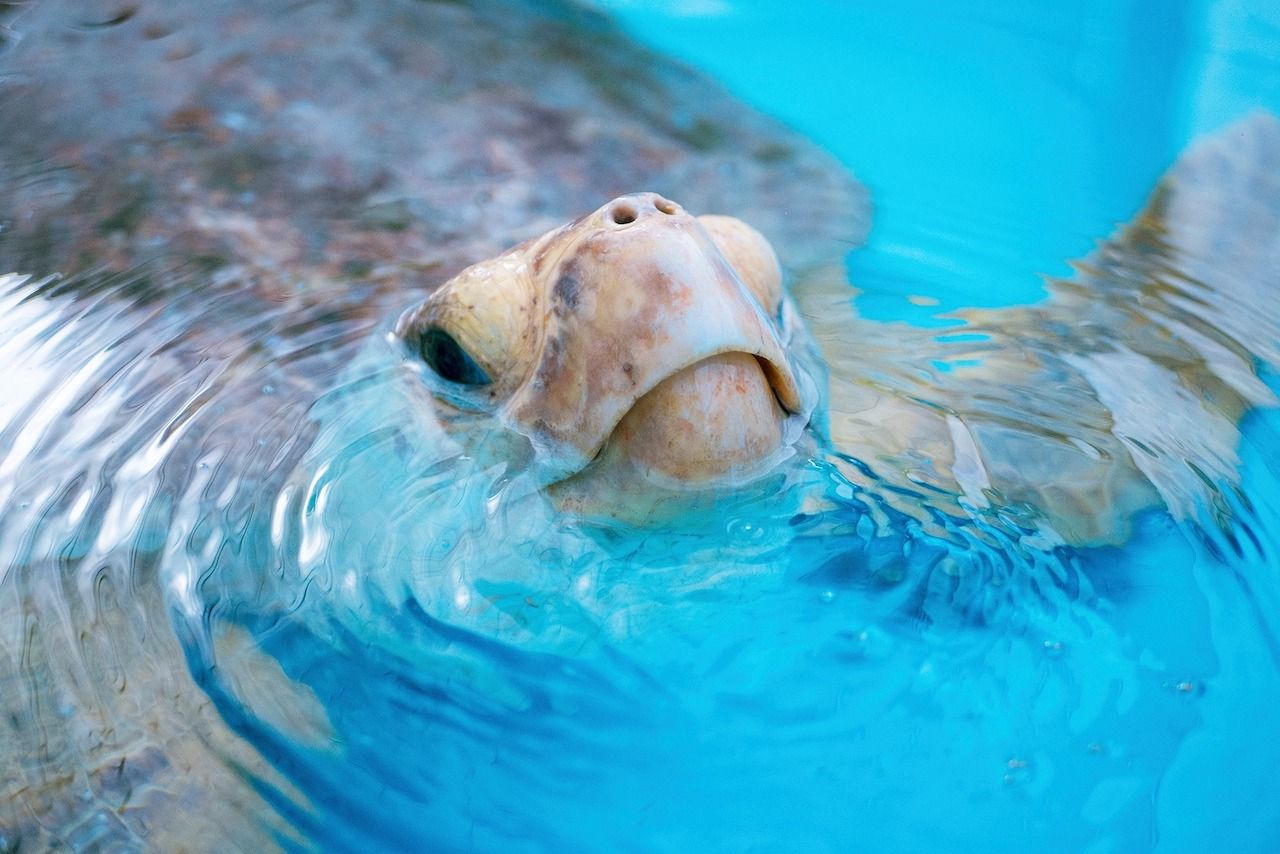 Best of all, Loggerhead Marinelife Center provides the opportunity for the public to interact with the turtles in a variety of ways that are always safe for the animal. On any given day, visitors can stop by the center to peer into the tanks of turtles in rehab. Plaques are posted by each tank, detailing the story of each turtle’s arrival at the center, what their course of treatment will be, and what inspired their name (each turtle is promptly given an official name upon arrival; past namesakes have included everything from Betty White to Burt Reynolds).

Another popular option for getting up close and personal with sea turtles is to attend one of Loggerhead Marinelife Center’s guided turtle walks. Taking place late at night in the summertime, the guided turtle walks are a chance to see a sea turtle come ashore to lay eggs. Experienced Loggerhead Marinelife Center scouts patrol a designated section of Florida’s Juno Beach searching for sea turtles, while visitors enjoy an informative presentation on the plight of sea turtles and an after-hours experience to view the current patients in the outdoor Sea Turtle Hospital.

Once a sea turtle is found and begins her egg-laying process, the group of turtle-walk participants is led down to the beach to witness an unforgettable experience. Though admission to the facility is by donation, proceeds from the turtle walks and other special programs work to further the center’s nonprofit mission of sea turtle research, rehabilitation, and education. 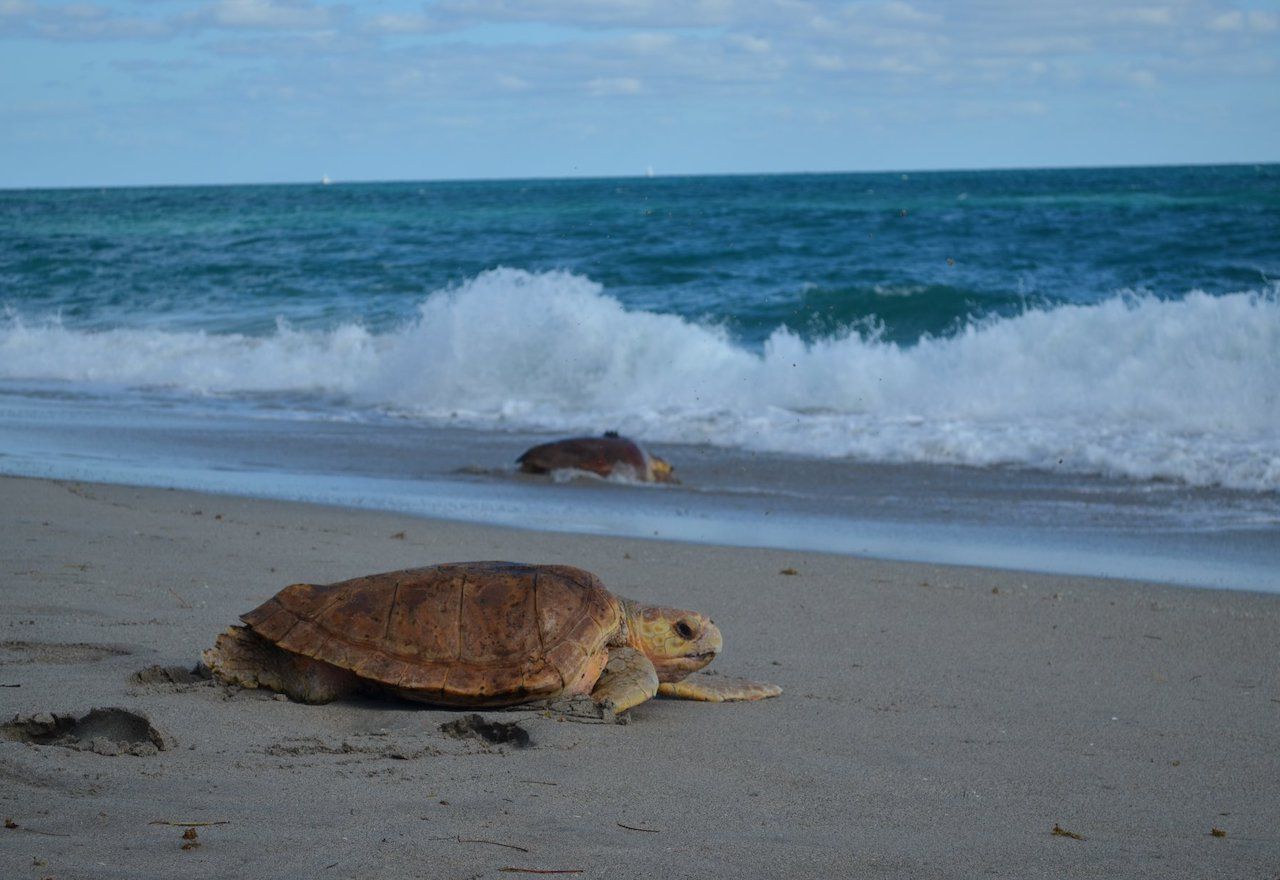 Another crowd favorite is attending the occasional sea turtle release. Crowds from near and far gather at the Juno Beach Pier as Loggerhead Marinelife Center staff assemble to help a fully recovered sea turtle make the journey back home.

The most recent release saw a large loggerhead named Gavin make his return to the open seas. When Gavin was found struggling in the Intracoastal Waterway at DuBois Park in Jupiter, Florida, in February 2018, he was in bad shape — he had a hook embedded in his skin near his right front flipper. The team at Loggerhead Marinelife Center took him in to assist in its removal, but upon further testing, his blood work revealed anemia and poor overall health due to starvation, likely because his capacity for hunting food was impaired by his flipper injury.

Over the course of the next 10 months, treatment during Gavin’s stay consisted of being administered fluids, antibiotics, iron, and vitamins; starting on once-daily parenteral nutrition supplementation; and being placed into a freshwater tank to remove the epibiota and leeches that covered his body. In December 2018, he was released back into the wild with much fanfare and a crowd of local fans cheering him on.

On the Loggerhead Marinelife Center’s website, Gavin’s fans were able to track his health progress from arrival to release day, and will be able to continue to keep up with him after he returns home to unbridled swimming; all released turtles are fitted with satellite transmitters that send important tracking data to the center. Interested turtle lovers can use the website’s tracking page to keep up with their favorite turtle’s movements while it navigates the Florida waters and beyond.

Insider GuidesThe Best 8 Places To See Some of the World’s Most Majestic Animals Up Close
Tagged
Sustainability Insider Guides Wildlife Florida, United States
What did you think of this story?
Meh
Good
Awesome

8 of the Coolest Airbnbs Near Disney World, Orlando
Hurricane Ian Is so Strong It Pulled the Water Out of Tampa Bay
The Best All-Inclusive Resorts in Florida for a Worry-Free Beach Vacation
The Best Gayborhoods in Florida’s Major Cities
The Best 11 Airbnbs Near Universal Studios