After unveiling Iron Man, the world’s largest statue, in October 2018, India can now also claim to have built the largest bird sculpture in the world. The piece, named Jatayu, is located in the state of Kerala in southwest India at the Jatayu Earth Center, an adventure and nature park. Jatayu measures a staggering 200 feet long, 150 feet wide, and 70 feet tall, and it’s adorned with intricate details. The large wings touch the ground, allowing visitors to climb on top and thoroughly explore the sculpture. Since the bird’s body also serves as a roof for the Earth Center’s building, you can even go inside. 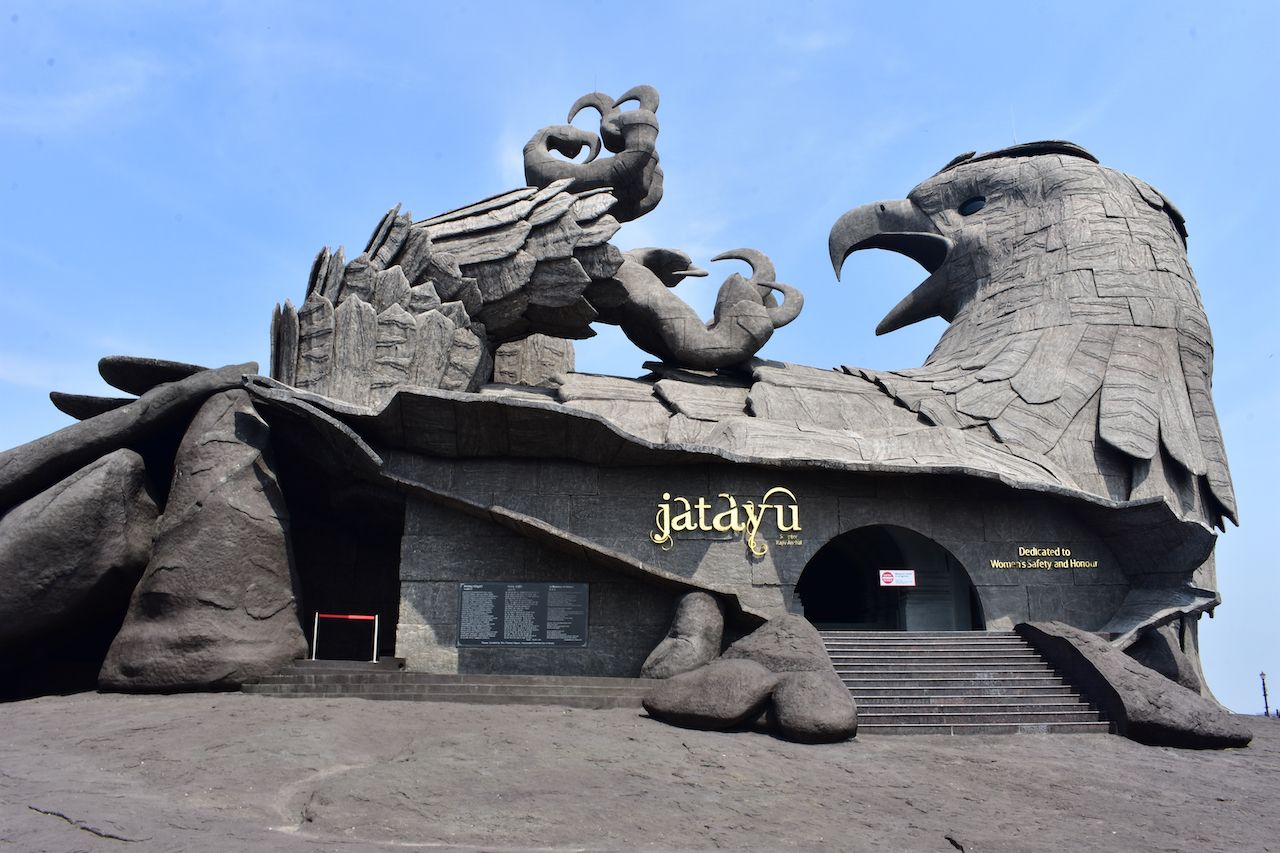 In addition to being visually stunning, the sculpture, which took 10 years to complete, has immense significance in Hindu tradition. Jatayu is an important and symbolic figure in the Hindy epic Ramayana. Considered to be a “noble bird of divine origin,” Jatayu tried to rescue Sita, the wife of Lord Rama, when she was abducted by the demon king Ravana. Jatayu battled Ravana, who cut off Jatayu’s left wing and escaped with Sita.

Although Jatayu was unsuccessful, the Earth Center pays homage to this struggle with the world’s largest bird statue.

Art + ArchitectureSkopje, Macedonia, has a ridiculous amount of odd statues. Here are the ones you need to see.
Tagged
News Art + Architecture
What did you think of this story?
Meh
Good
Awesome