It’s another day in the Solanki household, as Khushboo Solanki preps the vegetables for lunch. As she places each ingredient in the degchi (a metal container), the foundation of almost all Indian meals — onions, ginger, and garlic — are noticeably missing.

“When my friends offered to share their meals in school, I remember asking them if their food contained onion or garlic,” says Solanki, an architect living in Pune, India, who’s been practicing Jainism since birth. “Most of them usually gave me a perplexed look and didn’t have a clue. Since their food might have contained garlic and onion, I always avoided their food.”

When I ask her if the subji (vegetable dish) she’s making will taste any different without those traditional Indian spices, she smiles and shrugs it off. She says she wouldn’t know the difference, yet by excluding, she thinks she’s probably saved hundreds of organisms and insects. A central tenet of the Jain religion is respect for all life, no matter how small.

While it’s not widely understood or recognized outside of India, Jainism is entirely independent of India’s predominant religion, Hinduism, and there isn’t an exhaustive list of restrictions followed by all Jains. However, the rules regulating what Jain people can eat is exhaustive, if you choose to follow them: Even root vegetables, like onions, and spices that excite the senses, like ginger and garlic, are excluded from the strictest Jain diet.

“Being born in a Jain household didn’t seem too tough as a child. Following these practices felt natural,” says Darshana Shah, the founder of FundsSkill, a Financial Advisory Services company. “My parents patiently explained that vegetables like onions are the bulbs or roots of a plant. When they are left unattended for a few days, they will start growing shoots. When onions are uprooted, it kills the whole plant, which isn’t the case with other vegetables. We’re trying to be as non-violent as possible and it isn’t just applicable to humans.”

Jains believe having food that includes rajasic (spicy or rich in taste) ingredients makes one anxious, nervous, and stressed out, and avoiding foods like potatoes and onions helps the person feel lighter and more energized. Root vegetables, honey (collection can hurt the bees), and fermented foods (which contain living bacteria) are all avoided.

Milk products, however, are sometimes permitted. Jains are predominantly lacto-vegetarian, which means they include milk and milk products that are free from animal rennet (curdled milk from the stomach of a calf) because cows are treated more humanely on farms in India.

“While growing up we were also taught to avoid meals after sunset as lights tend to attract insects and one would unknowingly end up ingesting some,” Shah says. “It may seem religious but is tied to a multitude of health benefits. We’ve always substituted plantains for potatoes and cabbage for onions. I don’t tend to feel I’m missing out on anything. It has helped me become calmer, kinder, and stronger mentally over the years.” 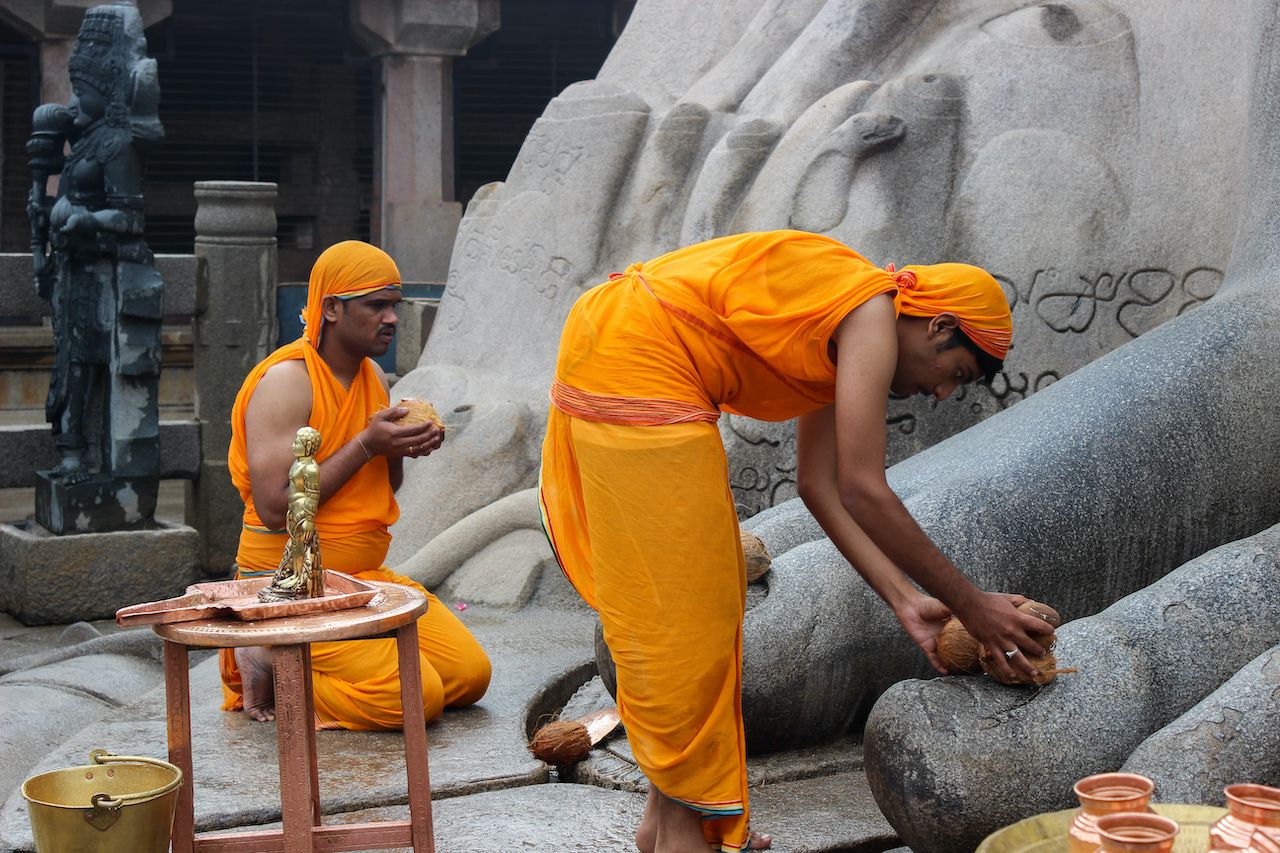 Jainism is founded on principles of ahimsa, which states that all souls are equal. The most fundamental dietary restriction in Jainism is that its practitioners must never eat meat.

Ahimsa comes from the word a-hinsa, which translates to non-violence. This means non-violence toward humans, animals, plants, insects, and even micro-organisms. It’s crucial for Jain people to follow ahimsa if they want to be liberated from the cycle of reincarnation and achieve nirvana. Jains believe that what they eat influences their chances of reaching nirvana. The goal is to ensure that they’re consciously avoiding as much harm in their day-to-day lives as possible.

Jains also believe that they must have been virtuous in their previous lives to have the good fortune of being reincarnated as a human.

“It’s vital to me that while I can’t avoid everything, I can do my best in the hope that I continue my progress on the path to nirvana and possibly get the chance to be born as a human again,” says Solanki.

Solanki, like most other Jains, now follows a sattvic diet, which is a purely vegetarian diet that concentrates more on seasonal fresh produce, grains, cereals, and nuts.

“A cruelty-free lifestyle for me is one which follows nature’s cycle, which is why even leafy vegetables are avoided during the monsoons as they may have more insects on them than usual,” Shah says.

Jains are most cautious about following a strictly vegan diet during the eight days of Paryushan, the most important event of the year for them. “During this period, Jains around the world do their best not only to follow a sattvic diet but also meditate, practice penance, and ask for forgiveness,” says Shah.

Solanki says that Jain people adapt easily to their circumstances, even if it may seem “arduous to manage a lifestyle like ours” to an outsider. They might break with their beliefs if it’s absolutely necessary, as long as the meal is at least vegetarian. Their primary goal is to live a non-violent life.

“Our motivation comes from within and not because of environmental stats or because it’ll help us look better,” Solanki says. “We’ve been doing our part for nature even before it turned into a trend.”

VegetarianIndia’s 8 Best Vegetarian Dishes Everyone Will Love
Tagged
Culture Food + Drink Religion India
What did you think of this story?
Meh
Good
Awesome