Indonesian food is complex and dynamic: It can be spicy, sweet, sour and savory, sometimes all at once. These tantalizing flavors come from the different bumbu, or spice mixes, and other essential ingredients, like shrimp paste, that are used in preparation of many classic Indonesian dishes.

Indonesian cuisine can sometimes be difficult to define, however, because it consists of a mix of different regional culinary traditions. The country is made up of over 17,000 islands, so you can imagine just how much variety there is when it comes to recipes. Colonization and migration added Indian, Chinese, Portuguese and Dutch culinary influences to an already diverse and varied cuisine.

There are some ingredients that are consistent across most Indonesian recipes. One of the most important is shrimp paste, one of the foundations of Indonesian cuisine. It’s an essential addition to dishes because it provides that essential umami flavor that is so recognizable in many Indonesian dishes across the archipelago.

I grew up in Lombok, Indonesia, where my parents had a small homestay. I used to spend each day in the kitchen, learning from (and sometimes getting in the way of) the cooks. I remember them always reaching for the plastic-looking block of shrimp paste when preparing each meal — just a small, thumb-sized piece would be enough to flavor a dish. It was the foundation on which every recipe was built.

Sometimes, they would roast the shrimp paste over an open flame. Not only does this bring out the aroma and flavors of the shrimp paste, but it also kills any bacteria or pathogens in the raw shrimp paste. Other times, spoonfuls were dropped straight into the wok, sizzling away with shallots, chillies and garlic, filling the kitchen with an aroma that made my stomach rumble.

I grew up eating these traditional Lombok dishes and Indonesian cuisine every day. Pelecing (water spinach topped with chilli sauce and grated coconut), tempe teri kacang (tempe, dried anchovies and peanuts tossed in a sweet and spicy sauce) and curries were (and still remain) some of my favorites. These are my comfort foods.

Naturally, when I moved to the UK for university, I had to bring packets of shrimp paste with me. Although you could source these in the Asian supermarkets in most cities, there was something comforting about bringing this paste (specifically lengkare) all the way from home — a little taste of Lombok. To cook an Indonesian dish without shrimp paste just doesn’t make sense. If you want to try it out yourself, and experience the explosion of salty and pungent umami that this ingredient offers, here’s everything you need to know about shrimp paste.

What is shrimp paste? 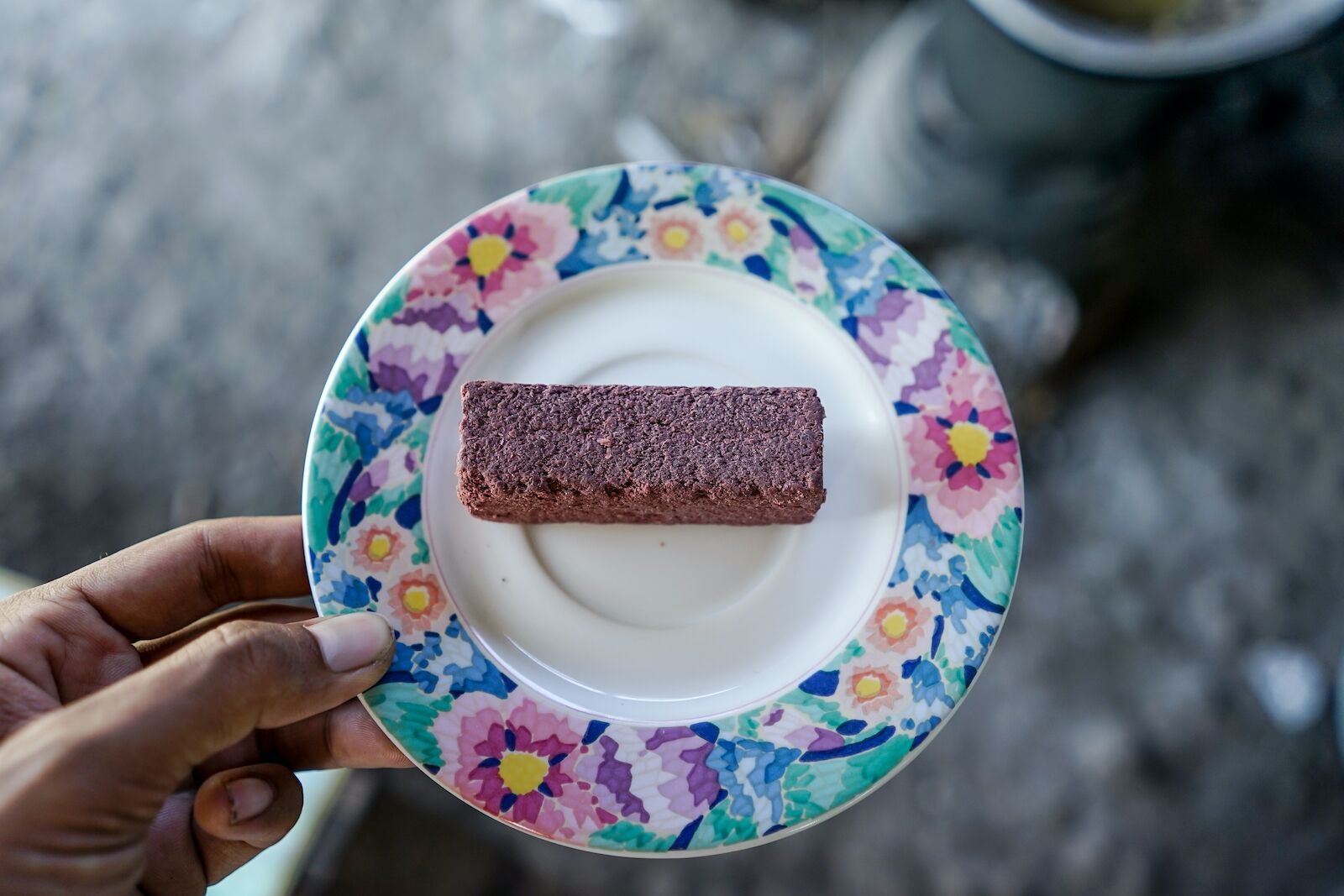 Indonesian shrimp paste is called terasi, and is usually made from acetes, a tiny shrimp which is native to the west and central Indo-Pacific ocean. Shrimp paste is salty and pungent, used either as a condiment or an ingredient in a recipe.

The acetes are sometimes formed into large blocks, but can also be sold as a coarse, ground powder or a thick sauce. The consistency determines how you cook with it — thinner versions are easier to stir into dishes, whereas firm blocks will require pounding. Just make sure the shrimp paste is cooked and completely dissolved before serving.

The color of shrimp paste changes depending on its country of origin, and can range from a pale pink, to a purple-reddish shade, or even dark brown.

There are three main types of shrimp paste in Indonesia, which are made from different ingredients depending on where you are. In Cirebon, a city in West Java, shrimp paste is made from rebon, a type of shrimp that is so abundant that it inspired the city’s name. When rebon is mixed with palm sugar it becomes petis, another type of shrimp paste which can also be made with tuna. In Lombok, an island to the east of Bali, you’ll find lengkare, a sweet and savory version of shrimp paste.

What is the difference between Thai, Filipino, and Vietnamese shrimp paste? 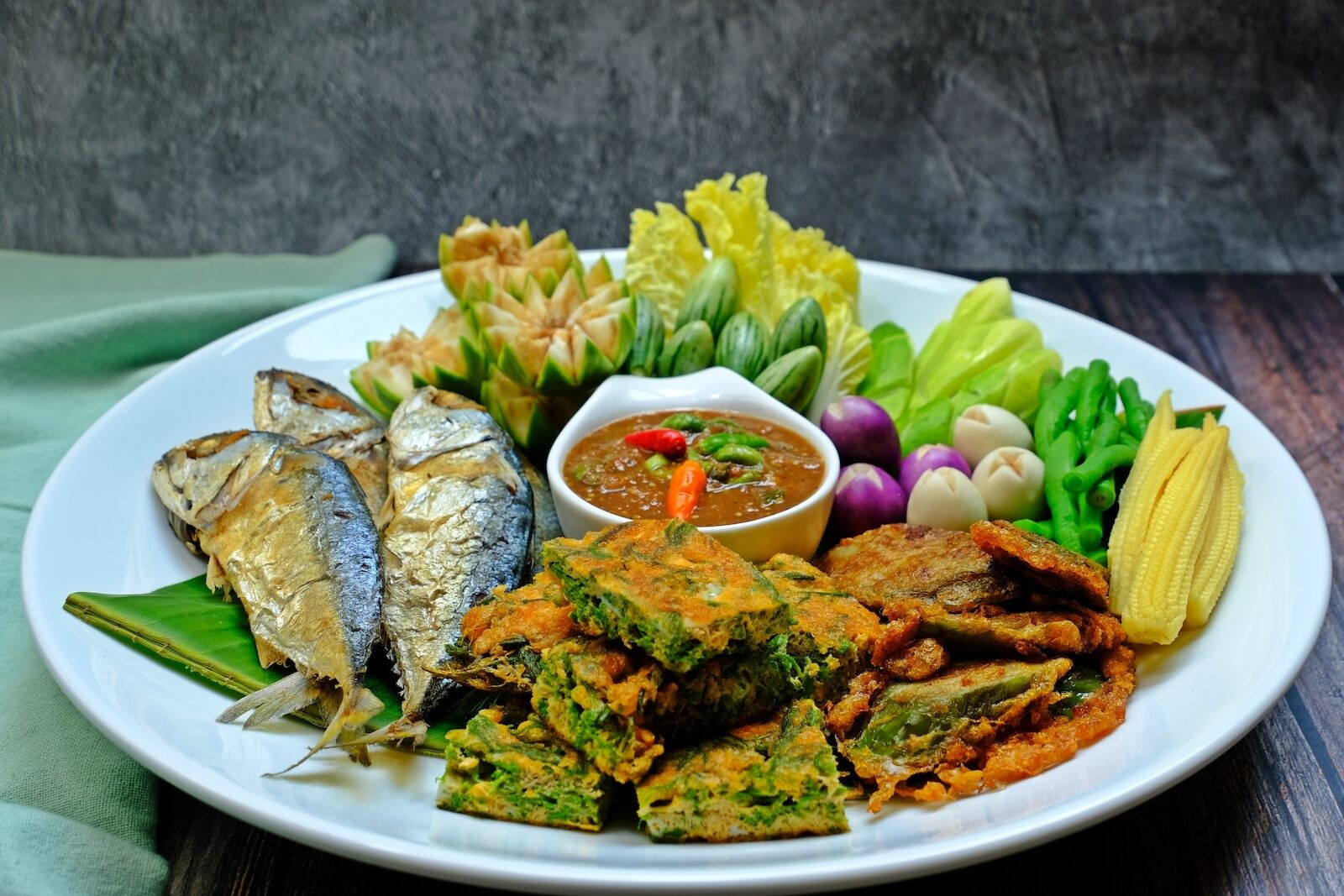 There are so many varieties of shrimp paste depending on where you are in Asia, with differences in smell, taste and saltiness. While I was enjoying lengkare in Lombok, there are a multitude of other options around this corner of the globe.

For example, Thai shrimp paste is called kapi. It’s used in curry pastes and spicy dips and sauces like nam phrik. Southern Thailand actually has three types of shrimp paste — one made just with shrimp, one mixed with other fish ingredients and one which is sweet. Mun kung is a common Thai ingredient which is often confused for shrimp paste, and not just because it translates as ‘shrimp paste’. Mun kung is actually the fat from the head of the shrimp, sort of like a shrimp pate, oily and orange in colour.

Meanwhile in the Philippines, bagoóng alamáng is made from the same type of shrimp used in Indonesian terasi and Malaysian belacan. It’s used in all kinds of recipes, whether that’s in stir-fries, fried rice, as a topping on fresh mangoes or in binagoongang baboy, a pork and shrimp paste stew.

In Vietnam, shrimp paste is known as mắm tôm. There are two varieties: one is a thick paste and the other has a runnier, sauce-like consistency. It’s used in dishes like bun bo Hue (Hue-style beef noodle soup) and as a sauce in stir-fried pork belly and sauteed seafood. It’s also prepared as a dipping sauce when mixed with lime juice, sugar, kumquat and chilli.

Indonesian dishes that use shrimp paste 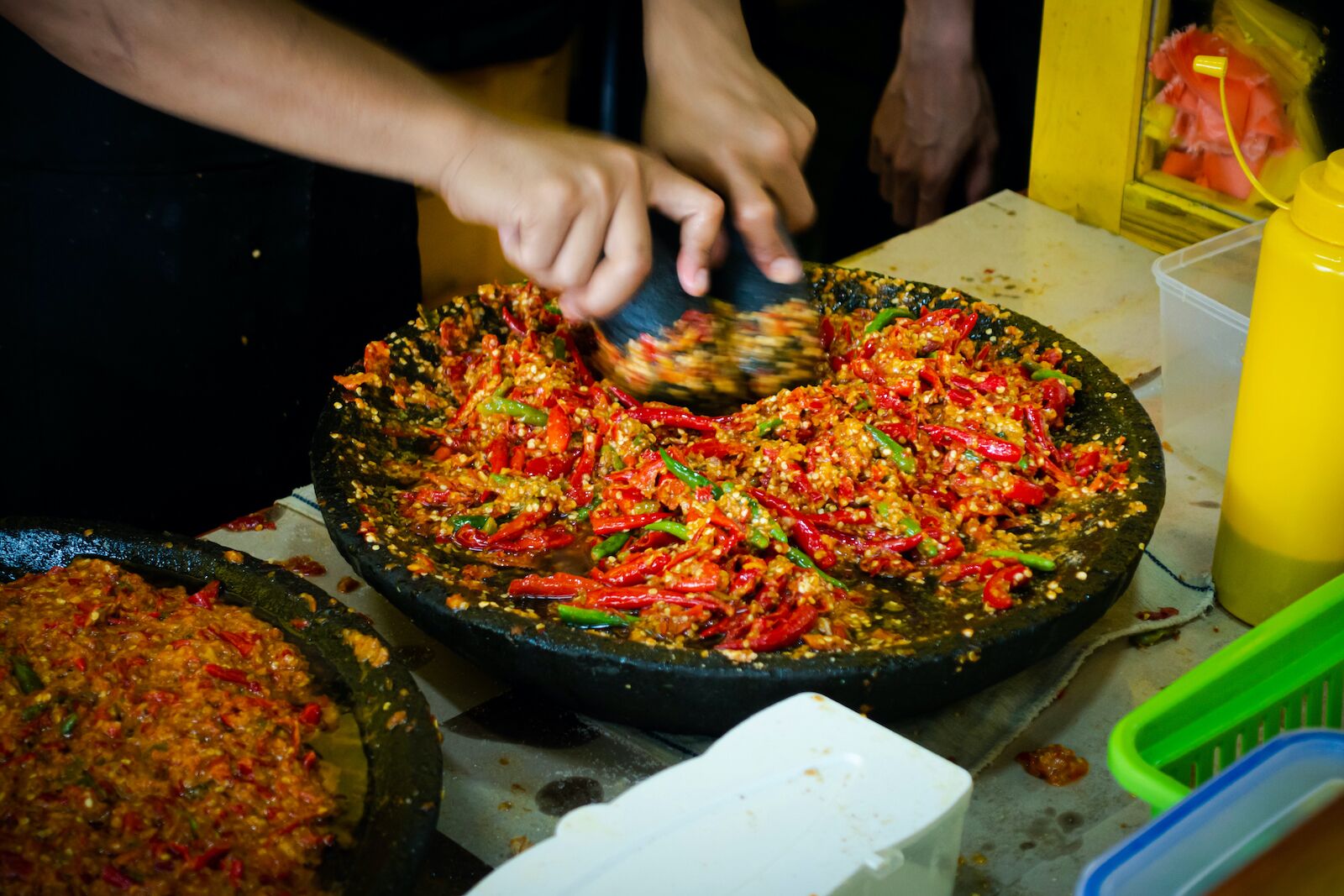 One of the most common uses of shrimp paste is in sambal. This chilli sauce is a must-have condiment on every table — ask any Indonesian and they’ll say their meal feels incomplete without sambal. It’s served with everything from national dishes like nasi goreng (fried rice) and soto ayam (chicken noodle soup), to grilled meats and snacks. There are many types of sambal across the country, but they typically incorporate chillies, tomatoes, shrimp paste, garlic and salt, with the optional addition of shallots, ginger and tamarind.

As well as sambal, shrimp paste is used in a sauce for rujak, a popular snack of Javanese origin but also found in Malaysia and Singapore. Unripe fruit such as mango, papaya and pineapple are served with a spicy and nutty palm sugar dressing.

Thanks to complex and spicy sauces in Indonesian cuisine, even the simplest vegetable dishes taste phenomenal. It’s how they’re cooked with the combination of herbs, spices and sauces that makes them so delicious. You’ll find shrimp paste is used in several vegetable dishes such as sayur asem (sour and spicy vegetables in a tamarind broth), karedok (raw vegetable salad in peanut sauce) and urap (steamed vegetables mixed with spiced grated coconut).

Sate, or satay, is another popular national dish. It’s essentially just seasoned meat or fish on a skewer, grilled over an open flame and served with a sauce. There are so many variations of this using different herbs, spices and sauces that it’s impossible to name them all but one of my favorites is sate lilit. It’s a Balinese version made with minced meat or fish and mixed with grated coconut, coconut milk, lemon juice, shallots, shrimp paste and local herbs and spices.

Food + DrinkWhy You Should Be Eating More Zesty, Spicy, Delicious Indonesian Food
Tagged
Food + Drink
What did you think of this story?
Meh
Good
Awesome