The abandoned Fairbanks bus made famous by the 2007 movie Into the Wild just got airlifted away from its spot on the side of the Teklanika River.

The movie is an adaptation of John Krakaeur’s 1996 novel Into the Wild. The story chronicles real-life adventures of Christopher McCandless. After hitchhiking to Alaska, McCandless stumbled upon the abandoned bus and lived there for about four months before his death. Located on the Stampede Trail, the bus has become a pilgrimage site for fans of the story, but the trek to reach it is treacherous, requiring hikers to ford rivers, and several have died en route. 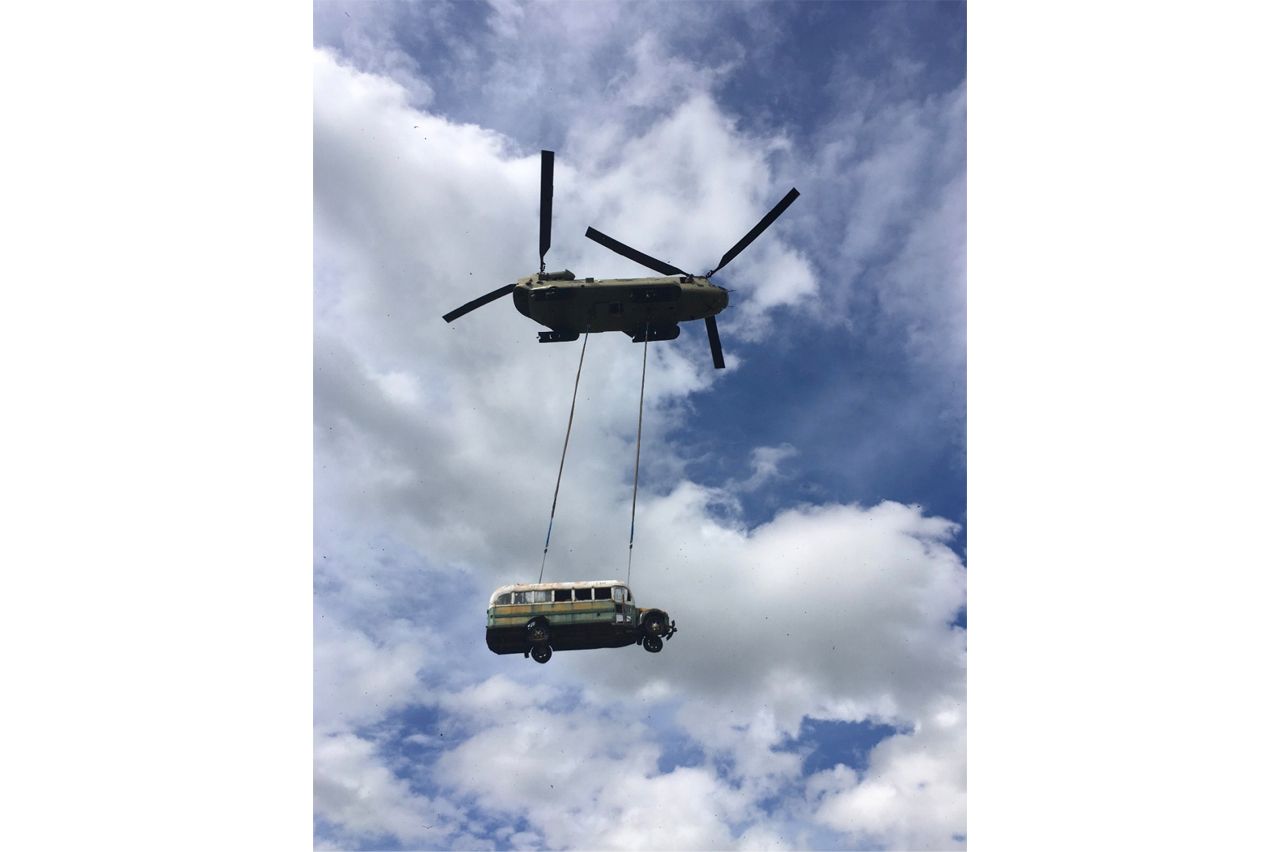 Due to its dangerous allure, Alaska Guardsmen airlifted the bus off the trail on Thursday for the sake of public safety. In a statement, Commissioner Corri A. Feige said, “After studying the issue closely, prioritizing public safety and considering a variety of alternatives, we decided it was best to remove the bus from its location on the Stampede Trail. We’re fortunate the Alaska Army National Guard could do the job as a training mission to practice airlifting vehicles, at no cost to the public or additional cost to the State.” 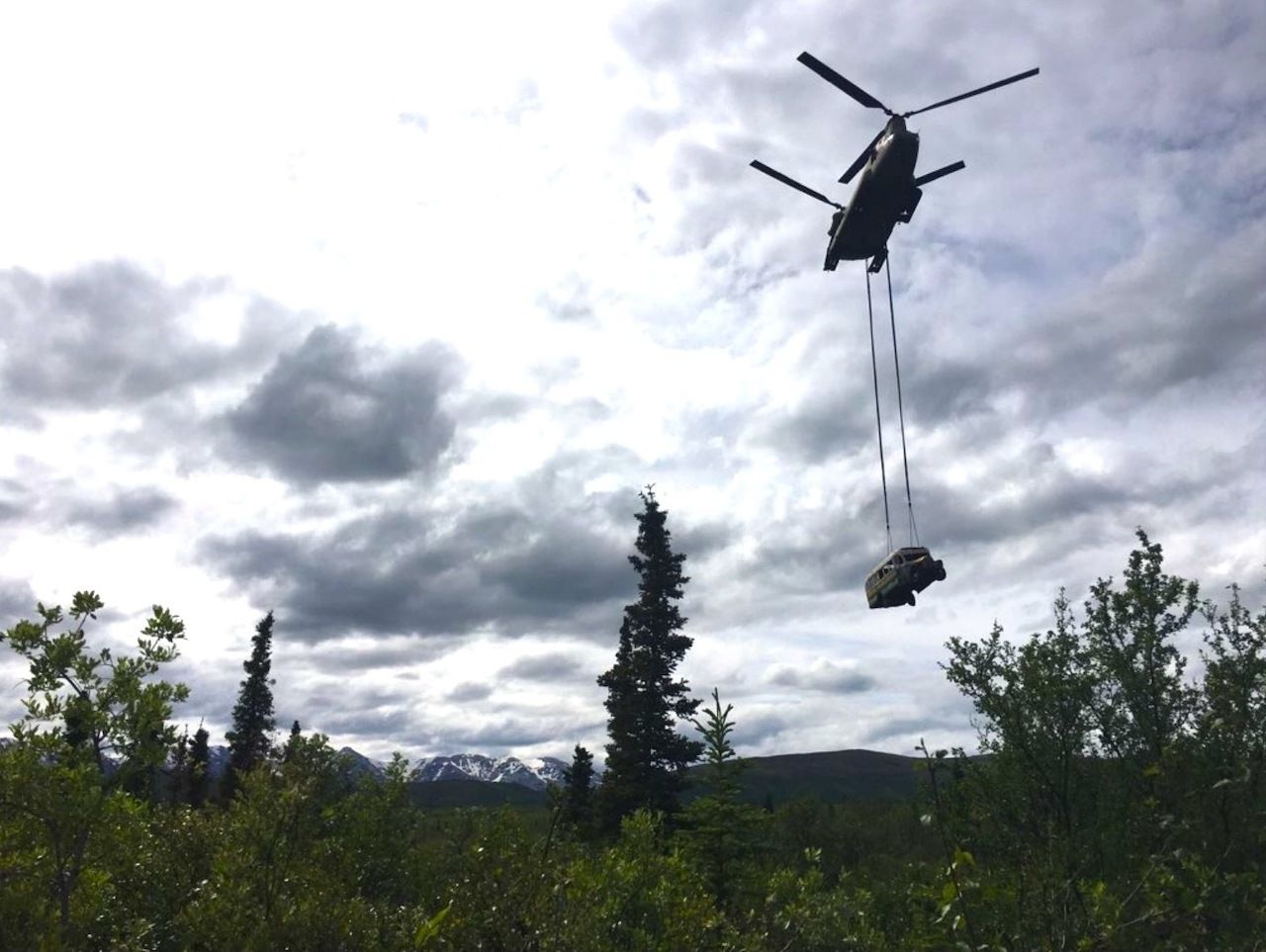 The statement also cites travelers’ deaths and injuries as a reason for its removal. “Numerous travelers have sought to reach the bus by retracing McCandless’ steps,” it says, “and many have died, been injured or required search-and-rescue services while hiking in harsh weather or crossing the rain- and meltwater-swollen Teklanika or Savage rivers. Since 2010 two people have drowned on their way to or from the bus, prompting numerous calls to reduce or eliminate the hazard.”

The bus will be secured while the Department of Natural Resources determines a location for its permanent placement.