The village of Maghar, in the Northern District of Israel’s Galilee region, is an excellent – if unexpected – place to experience the country’s booming culinary scene. The town of 25,000 is surrounded by deep green farmland with desert mountains that cast a sandstone glow over Maghar’s neighborhoods. It’s 15 percent Muslim and 15 percent Christian. The majority of Maghar’s 25,000 residents are of the Druze faith. Through a determined belief in reincarnation and an allegiance to political powers that be, one must be born a Druze to die one. But Druze hospitality and friendship extend far and wide.

It was here in Maghar, at the home of a young couple named Miad and Snir, that I experienced one of the most memorable and impactful meals of my life, courtesy of both Miad and Galileat, a Galilee-based culinary tour operator founded by Paul Nirens. His business connects travelers to in-home traditional meal experiences hosted by local families.

On a sunny summer evening, Miad welcomed us with tea in her living room, the scent of mansaf, an upside-down chicken and rice pie cooked for centuries by Galileans and Palestinians, wafting in from the adjacent kitchen. Her well-kept two-story home was surrounded by a large garden and wouldn’t look out of place in an American suburb, save for the portrait of Ḥamzah ibn ʿAlī, a founder of the Druze faith, that hung on the living room wall. Though not deeply religious themselves, Miad and Snir pay homage to their cultural history as most Druze do, including by abiding by a code of peace, tolerance, and acceptance that extends across religious and cultural boundaries.

​​“In the village we all see each other as equals,” Miad told me through Nirens, who translated her Arabic into English. “We have our religious differences but we’re all part of the same community. Our neighbors are Christians and Muslims, too.”

Over a dinner of traditional Druze cuisine including mansaf and dolmas (rice rolled in grape leaves),  Miad and Nirens explained the important role of culinary tourism in the Galilee, and how innovative founders and citizens are pushing their country and their families forward, regardless of geopolitics. The dinner was our first stop in the region, where visits to several kibbutzes over the following days would demonstrate a similar spirit of innovation.

We hope you love the spaces we recommend! Just so you know, Matador may collect a small commission from the links on this page if you decide to book a stay. 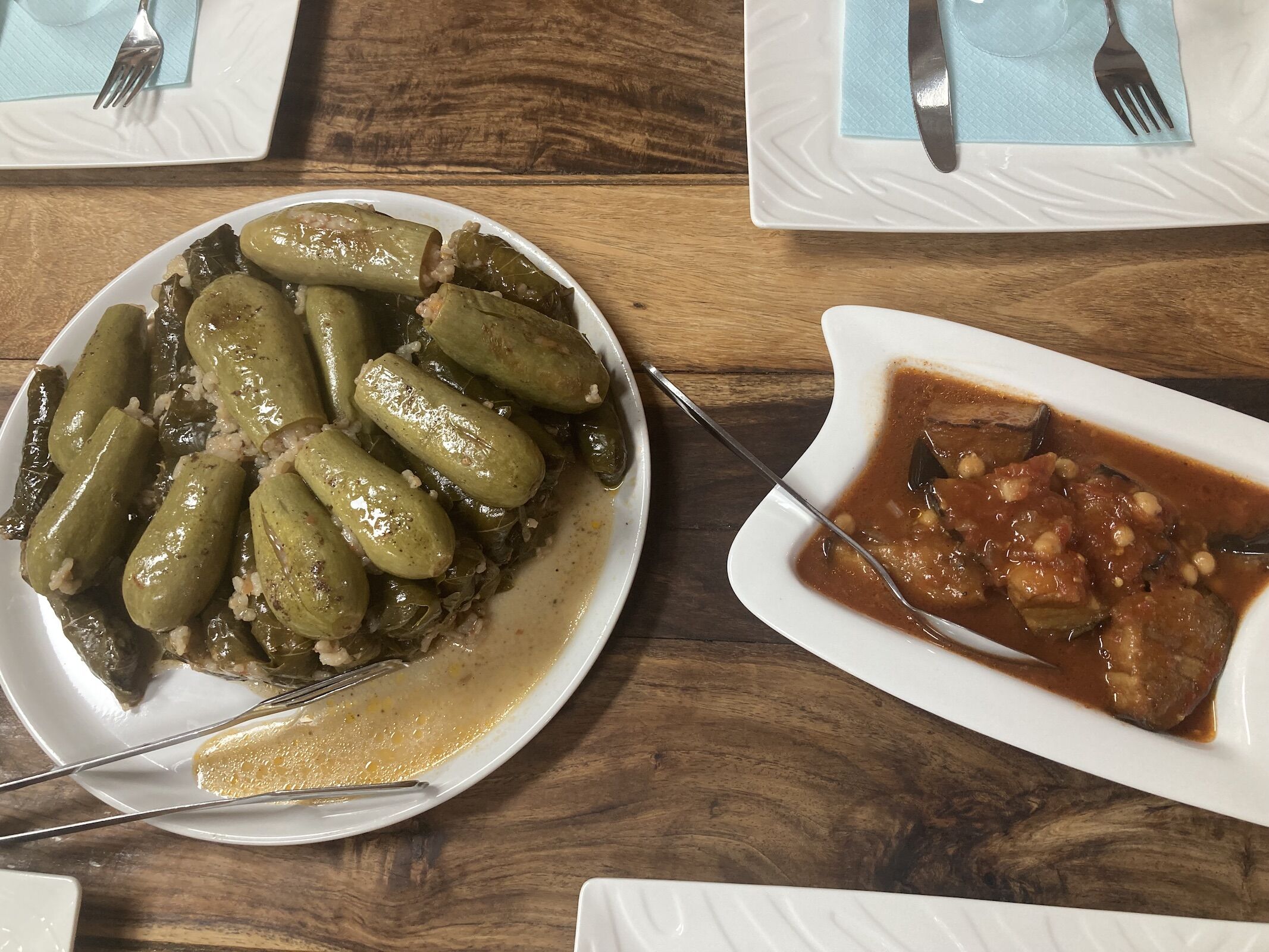 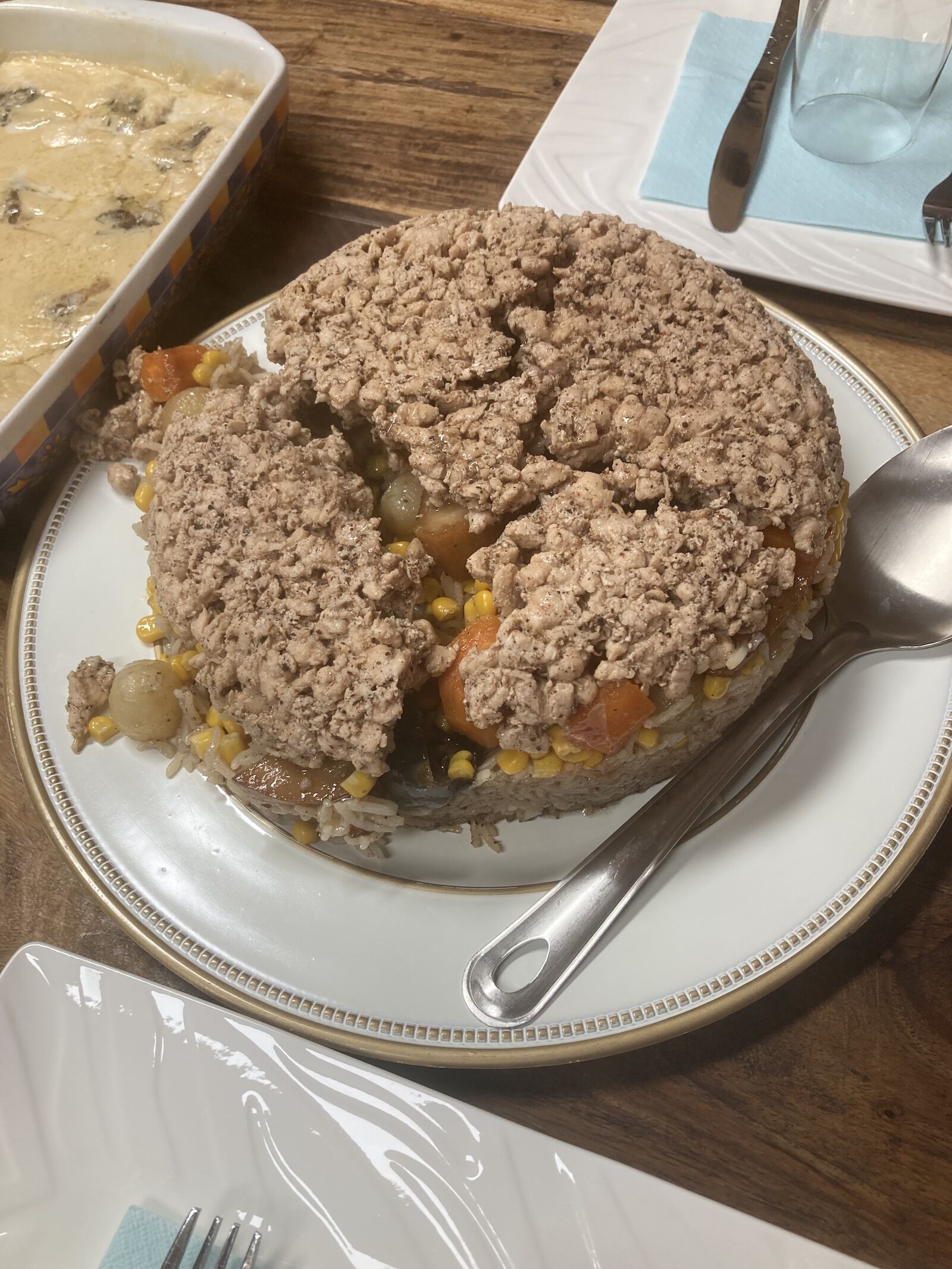 Mansaf is the best thing I ate in Israel. Photo: Tim Wenger

Bringing a historic model into the present

Israel’s Galilee region stretches from the country’s northern Mediterranean coast to the inland empire surrounding the Sea of Galilee. We checked into the Nof Ginosar Hotel on Kibbutz Nof Ginosar, which is right along the sea and is the first and only full-scale resort hotel located on a kibbutz.

Kibbutz life is alive and booming here, though in a more modern form than how these collective communities were when they first started in Palestine in 1909. Kibbutzes originally operated as social communes to bring struggling agricultural workers together to help each other make ends meet and build community. Stable governments and economies were all but non-existent here at that time, and banding together under the umbrella of socialism provided a way to incentivize workers and provide support. Kids lived in kinder houses, visiting family for only a short period each day. Schooling was done communally, as were meals. 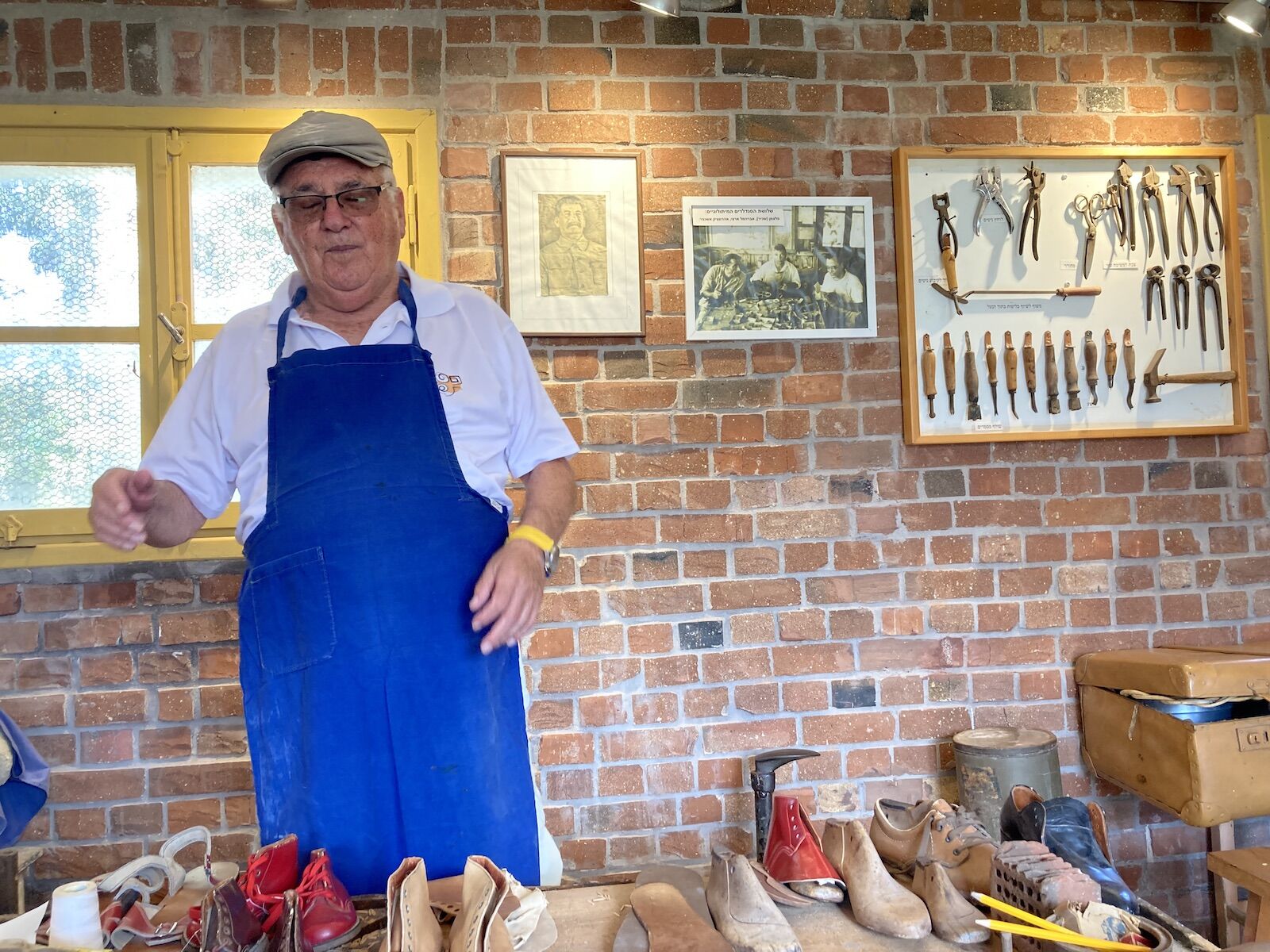 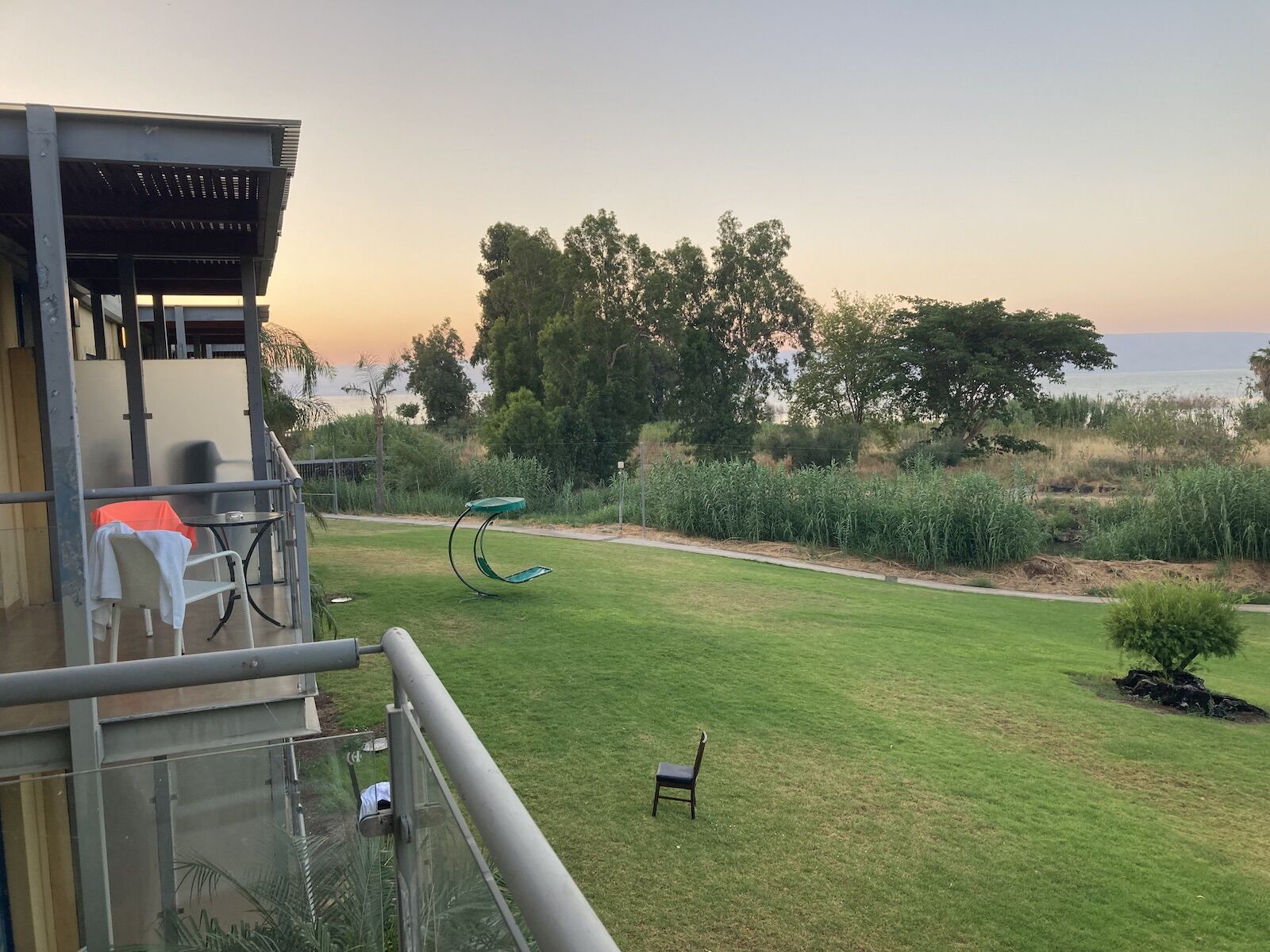 View of the Sea of Galilee from Nof Ginosar Hotel. Photo: Tim Wenger

Life for adults, though slightly more independent, followed similar patterns. Meals were shared in a great dining hall. Work tasks, largely agricultural but also including domestic, warehouse, and factory work, were performed for the benefit of the community. Profits were shared and pay was equal. Kibbutz workers developed Israel’s current water system around conserving the desert region’s sparse resources, allowing for the sprawling agricultural development that has been a backbone of the Galilee’s economy ever since and fulfilling David Ben Gurion’s pledge to “make the desert bloom.”

As Israel became an established country with infrastructure and a place on the global stage, the role of the kibbutz slowly waned. Workers became less incentivized by the set pay opportunities on the kibbutz and increasingly inclined to look elsewhere for their family’s future.

But the 21st century has seen a rekindling of kibbutz life. As kibbutzes became more efficient and modern, they effectively grew out of socialism and into capitalism regulated by labor unions. While some traditional elements remain, many are now hotbeds for tourism and small businesses. I found the spirit of innovation and community I’d experienced at Miad’s home to be commonplace.

Travelers can take the “Secrets of the Kibbutz Miracle” tour at Kibbutz Kfar Masaryk for a historical walkthrough of traditional kibbutz life. Throughout the 1900s, workers here produced porcelain, television sets, and cartons. Nowadays, tourism plays a major economic role for residents on this kibbutz.

“We are adapting to survive for another day’s life,” said Benny Barak, a community elder, as he led the tour.

To experience modern kibbutz life for yourself, you can sample Malka Brewing, Israel’s largest craft brewer, at a tap room on Yechiam Kibbutz, or spirits from the country’s first craft distillery, Julius, on Kibbutz Hanita. There are options for people looking for a sweeter taste, too. On Kibbutz Regba, Dr. Shlomit Zamir opened Odette Chocolate in 2017 to spread her passion for chocolate making (and optimize her honed skills as a chemist). Zamir worked as a materials engineer at Israel’s Defense Ministry for 18 years, but it was chocolate that drove her to start a business and a kibbutz founded in 1946 that provided the basecamp to bring her dream to fruition.

Innovation for the common good

Kishorit Boutique Winery produces estate-grown wines in the Galilee. Its staff, however, take much more away from their jobs than a paycheck. Kishorit, its surrounding farm, and the onsite bakery serve as a purpose-based therapeutic center for adults on the autism spectrum and for those with other special needs. Kishorit blends kibbutz-style communal life with the mantra of a social NGO by providing a job, a community of friends, and housing for those who need it.

I have a sister with special needs, and walked away from Kishorit wishing she had a place like this to call home. While sampling the wines and touring the bakery, I spoke with a few residents who each shared their story of how living at Kishorit has changed their lives and helped them to find purpose in a world that largely seemed to have moved on without them. The wine is fantastic – I brought home a bottle of dry white – and being able to meet a few of those responsible for crafting it made it that much sweeter. 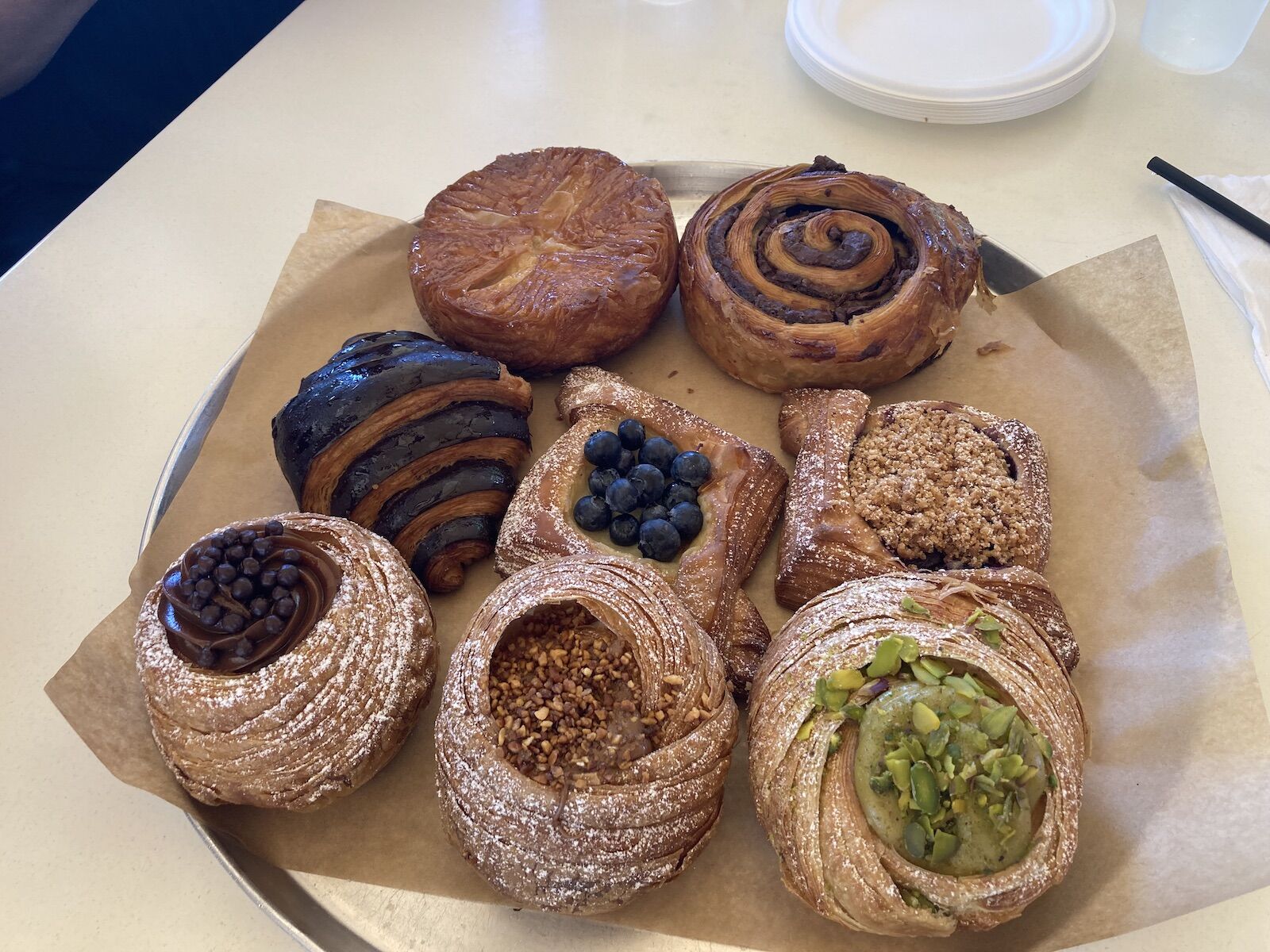 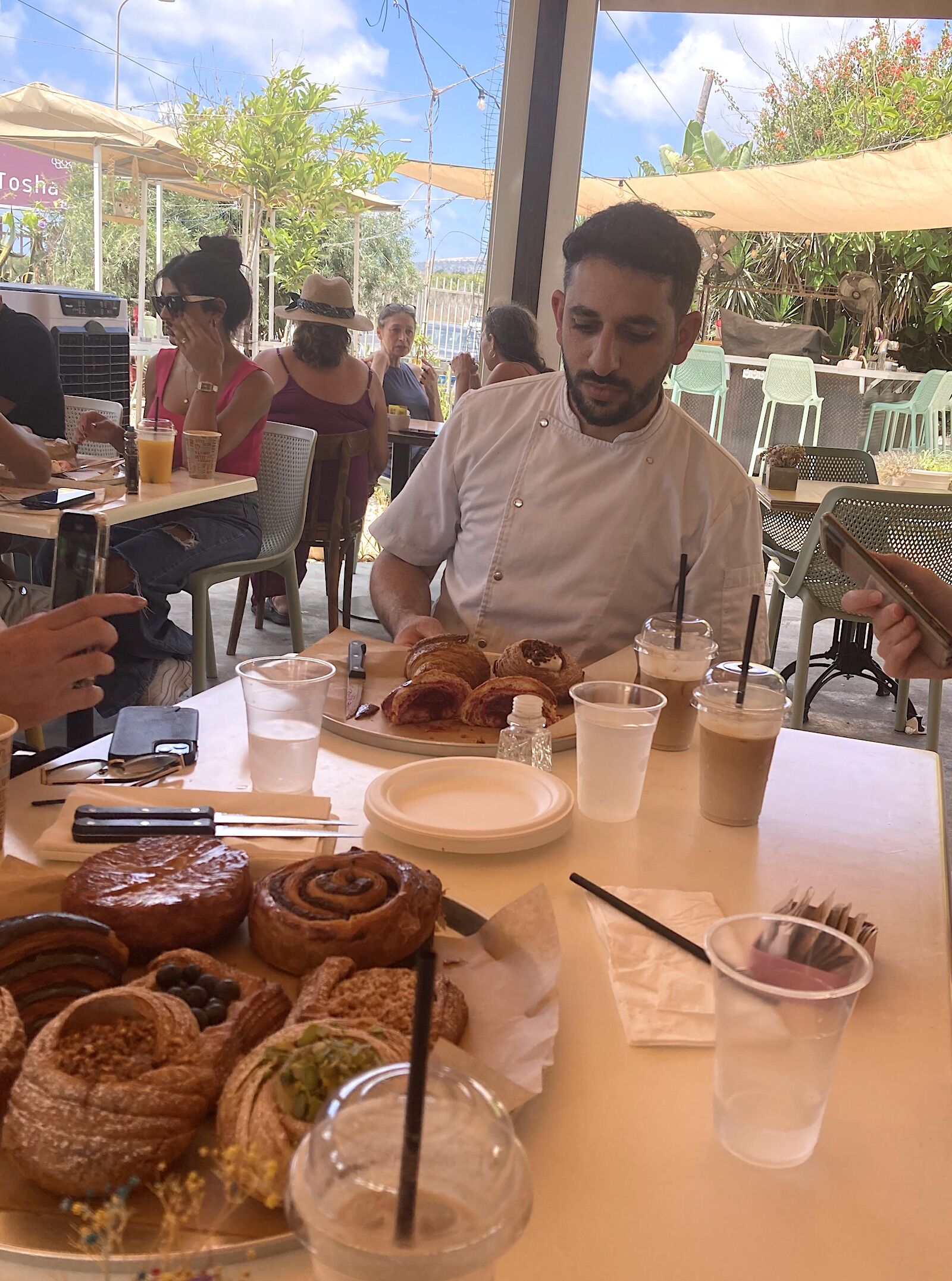 Farther north, just off the Mediterranean coast, I was equally inspired by what’s happening at Tosha Bakery. Opened by friends Shahaf Avraham and Tomer Suissa, the bakery is just a few minutes drive from Israel’s border with Lebanon. The countries do not get along, and the border is currently closed. But this doesn’t prevent a shared cultural influence of those on both sides of the wall.

Toshar specializes in both sweet and savory pastries, pulling from Jewish, Arab, and other regional recipes. Over a plate of his croissants, Suissa shared what it would mean for his family, his business, and the local community if the border with Lebanon were to open. To him and his family and friends, whose history stretches across the border, tolerance is learning and finding common ground. And, tolerance is asking questions and then accepting the answers you’re given, even if they’re less than perfect.

Suissa summarized what to me proved to be the most important reason to visit The Galilee, and indeed, Israel. Coming here allows you to be a part of that tolerance, and to cast your vote through your tourism dollars for a future that welcomes and accepts people no matter how many times a day one does or does not bow and pray.

“If the border opens, the influence will be great for both sides,” Suissa said. “A lot of my grandmother’s recipes have Arab influence. The Lebanese have incredible recipes, it will be a great thing for this region.”

In Israeli Cities, Experience Modernity, Conflict, and History in One Trip

Why You Need To Do This Epic Israel Long-Distance Trek

Why Tel Aviv Needs To Be on Every Artist’s Radar

From Markets To the Masada, These Are the Most Exciting Experiences in Israel

Party Like It’s the First Century: How To Celebrate Christmas and Hanukkah in Israel