It may sound like an idea straight out of a C.S. Lewis manuscript, but the story of the Tuscan medieval village of Fabbriche di Careggine is absolutely not a piece of fantastical fiction.

In 1946, Fabbriche di Careggine was flooded when Italian energy company Enel built an artificial reservoir as part of a hydroelectric dam. The inhabitants were relocated to nearby Vagli di Sotto, leaving behind their homes, a cemetery, a church, and more. The entire 12th-century village is currently 230 feet under the surface of the reservoir, Lago di Vagli. 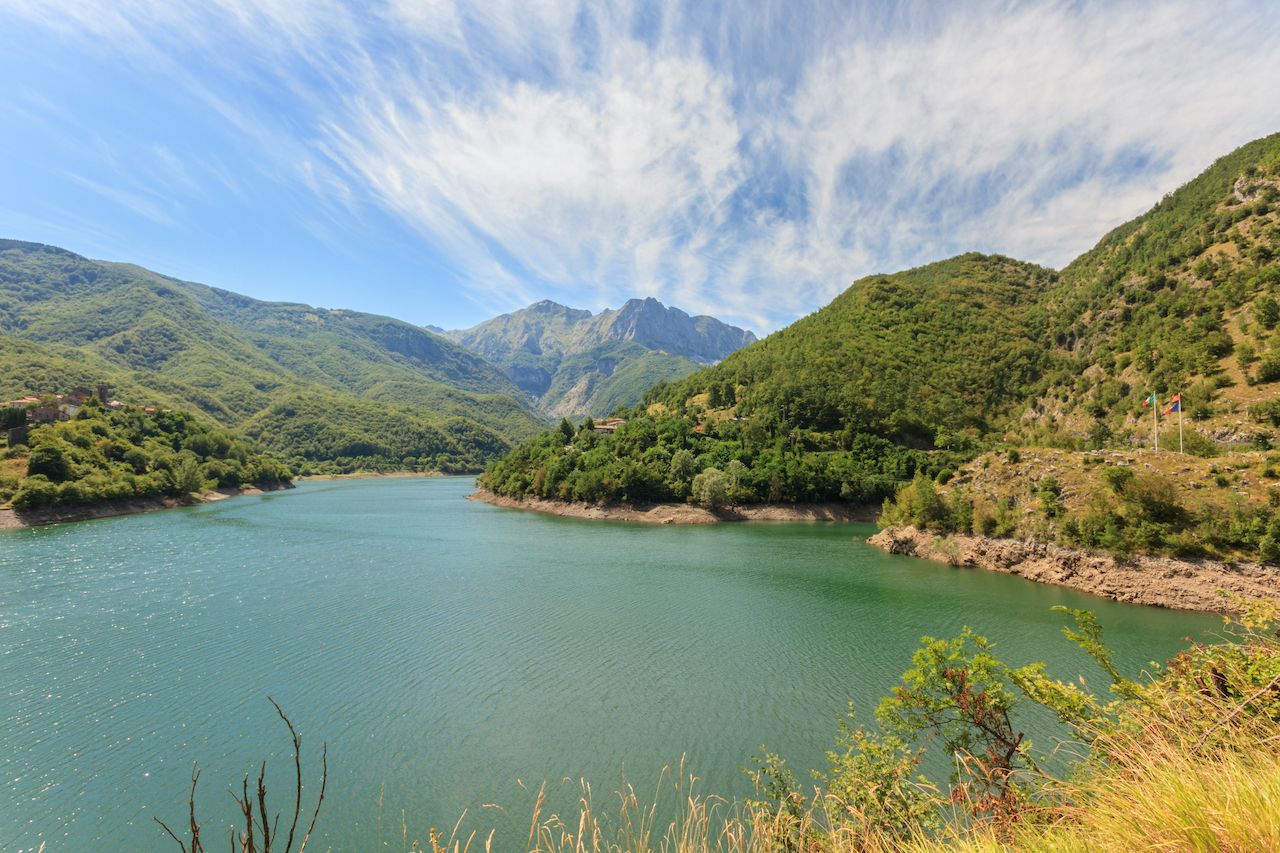 As part of an initiative to promote responsible tourism in the region through the enhancement of historical, natural, and cultural features of the area, Enel explains that “among the proposals considered within the initiative there are the opening of sites used for digital indoor museums, the creation of museum institutions in the area and local history, the redevelopment of the natural environment, including the cleaning of the Vagli reservoir through a series of activities that, through the possible emptying of the basin, provide for the implementation of maintenance activities on hydraulic works, environmental interventions with naturalistic engineering works and tourism enhancement projects.”

In 1994, without any publicity whatsoever, the phenomenon attracted around one million curious people, according to italian publication Corriere Fiorentino.

There is currently no date announced for the drainage of Lago di Vagli, but Visit Tuscany hinted that it will likely take place in 2021.

Highlights of a week in Quebec
Tagged
Art + Architecture News
What did you think of this story?
Meh
Good
Awesome