The world’s biggest music festivals are massive, global events, and many people travel around the world — from the desert in California to the muddy fields of southwest England — expressly for the purpose of crossing these major festivals off their bucket list. And yet, one destination has flown under the radar of festival goers for years, even though its festivals have killer lineups, audiences the size of a small city, and incredibly chill vibes: Japan. You won’t find an overabundance of fellow foreigners in the crowd, but that should just make you want to attend Japan’s gargantuan summer festivals, like Fuji Rock and Summer Sonic, even more. Even if they don’t share the same mythic status of Coachella or Glastonbury, these Japanese music festivals provide an immersive experience into modern Japanese culture. If you’re willing to make the trek across the Pacific, here are seven ways you’ll be rewarded with a festival experience like none other.

1. Everyone is shockingly well behaved.

We all know the Japanese are ridiculously polite. You would think, though, that the celebratory, free-spirited nature of a music festival would encourage the locals to let their hair down a little. And they do, sort of. There’s fist-pumping and adoring applause aplenty, and when it’s time to dance, there’s dancing. But if you spot anyone running around acting like a shirtless madman, chances are, it’s a foreigner. Miraculously, people refrain from pushing in and barging their way through the crowd, and there’s a genuine respect for personal space. Audience members are even reluctant to leave halfway through a band’s set if they’re not feeling the vibe seemingly because that would be impolite.

2. The lineups are eclectic, to say the least.

The ginormous Summer Sonic festival held in Tokyo and Osaka is by far the largest international music festival in Asia. It offers the best chance for Japanese music fans of all ages and aesthetic persuasions to see a huge number of global acts in one place. In short, Summer Sonic is a non-discriminatory celebration of music of every kind. There are no limits on genre or perceived coolness, and plenty of room on the phenomenally enormous line-up of local Japanese acts, teenybopper pop stars, aging rockers, and the latest indie darlings alike. Avril Lavigne, Megadeth, the Pixies, Azealia Banks, Robert Glasper, Kyary Pamyu Pamyu, and a Chinese punk band all on the one line-up? Yes, this has actually happened. No one is going to start a petition to boot Kanye West off next year’s Summer Sonic bill, guaranteed.

As the name suggests, Fuji Rock gravitates to a more rock-oriented line-up, mixing up mainstream and classic rock bands with current indie faves. Being a comparatively smaller event, it has traditionally tended to attract a more specific audience, with less impetus on reeling in monster mainstream acts. Still, Fuji has tried to diversify in recent years, looking to less typical artists genres making waves in current international festival circuits. And, so it seems, the festival that famously headlined the Red Hot Chili Peppers in its inaugural year in ‘97 is opening its arms more and more to guaranteed ticket sellers in the world of pop, hip-hop, and dance.

3. The concessions are a foodie’s dream. 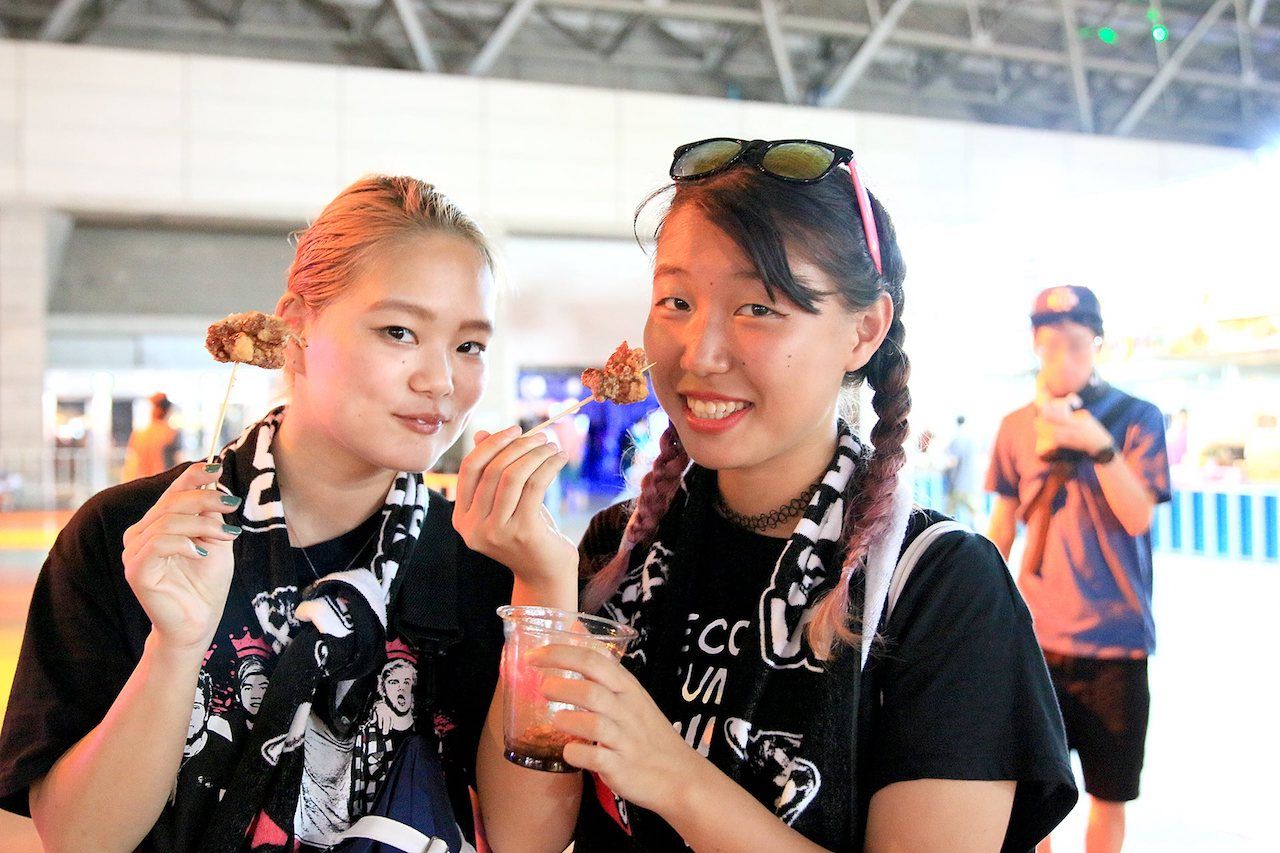 It’s Japan. There’s amazing food everywhere, and festivals are no exception. Unlike the slim, overpriced pickings at the majority of international festivals, in Japan, a vast portion of the festival venue is given over to the food vendors. It’s almost like an entire gourmet market in the middle of a music festival, and the choices are endless. Hot steaming bowls of ramen, curry on rice, freshly grilled yakitori, okonomiyaki, and sushi bento boxes are all there for the snacking.

4. The toilets are clean.

Every festival-goer knows that the sensory assault launched by rows of barely maintained portable toilets is the biggest buzzkill ever. Not so at a Japanese festival. There is actually staff, as in proper, paid cleaning staff, ensuring the toilets remain spotless around the clock. And, having high a regard for cleanliness and hygiene strictly instilled in them from birth, people are just less likely to pee all over the floor in Japan. 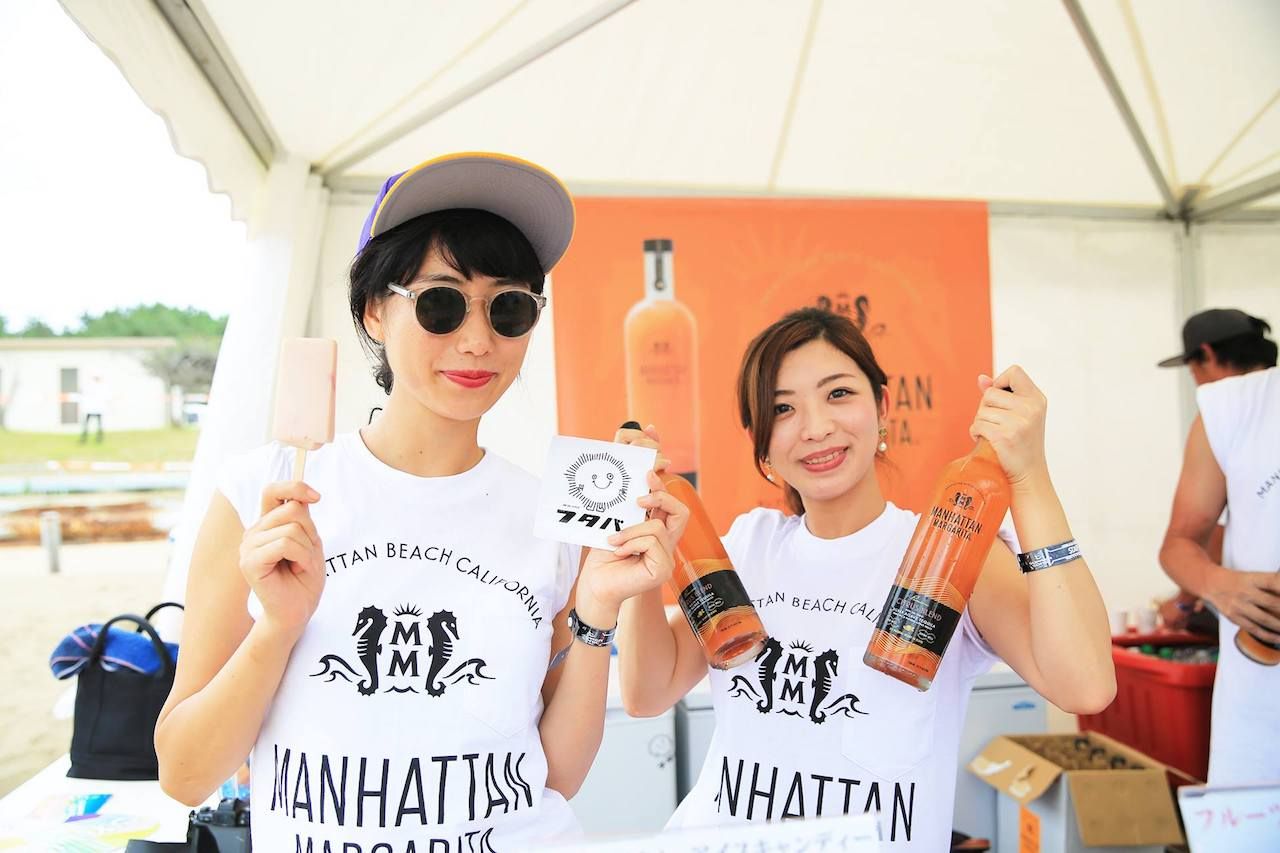 Whatever your stance on illicit party enhancements, you can’t deny they are an unavoidable element to the atmosphere of most music festivals. Blissed-out trippers and hyper, bug-eyed raver kids are common sights at places like Tomorrowland or Electric Daisy Carnival. But in Japan, where even among most young people drugs are deeply taboo, you’re not likely to be greeted by the familiar smell of mary jane wafting through the air, or become the sweat-soaked meat inside a pill-induced cuddle sandwich. The scarcity of drugs certainly adds to the relatively subdued atmosphere of a Japanese festival. If you need to pump yourself full of chemicals to have fun, a Japanese festival is not for you.

Booze, however, is very available, and pretty cheap too. Just remember, the sheer scale of a Japanese festival can make it super-exhausting, so observe the relative moderation of most of the locals. If you’re stumbling, cross-eyed drunk by midday, you probably won’t make it to the finish line.

6. You can actually hear the music.

Being one of the tech capitals of the world, you know the sound will be on point in Japan. The sound quality at Summer Sonic’s various in and outdoor venues all kick serious stereo ass. Even the mostly-outdoor stages at Fuji Rock boast a similarly high sonic caliber. The tickets for these fests are definitely on the pricey side, but at least a good chunk of your hard earned cash goes towards some pretty phenomenal sound gear and stage setups.

And here’s another plus for super-polite Japanese audiences: they aren’t disposed to having full conversations at the top of their lungs and drunken shouting matches in the middle of the crowd, right when the band is playing your favorite song.

7. They’ll immerse you in Japanese culture. 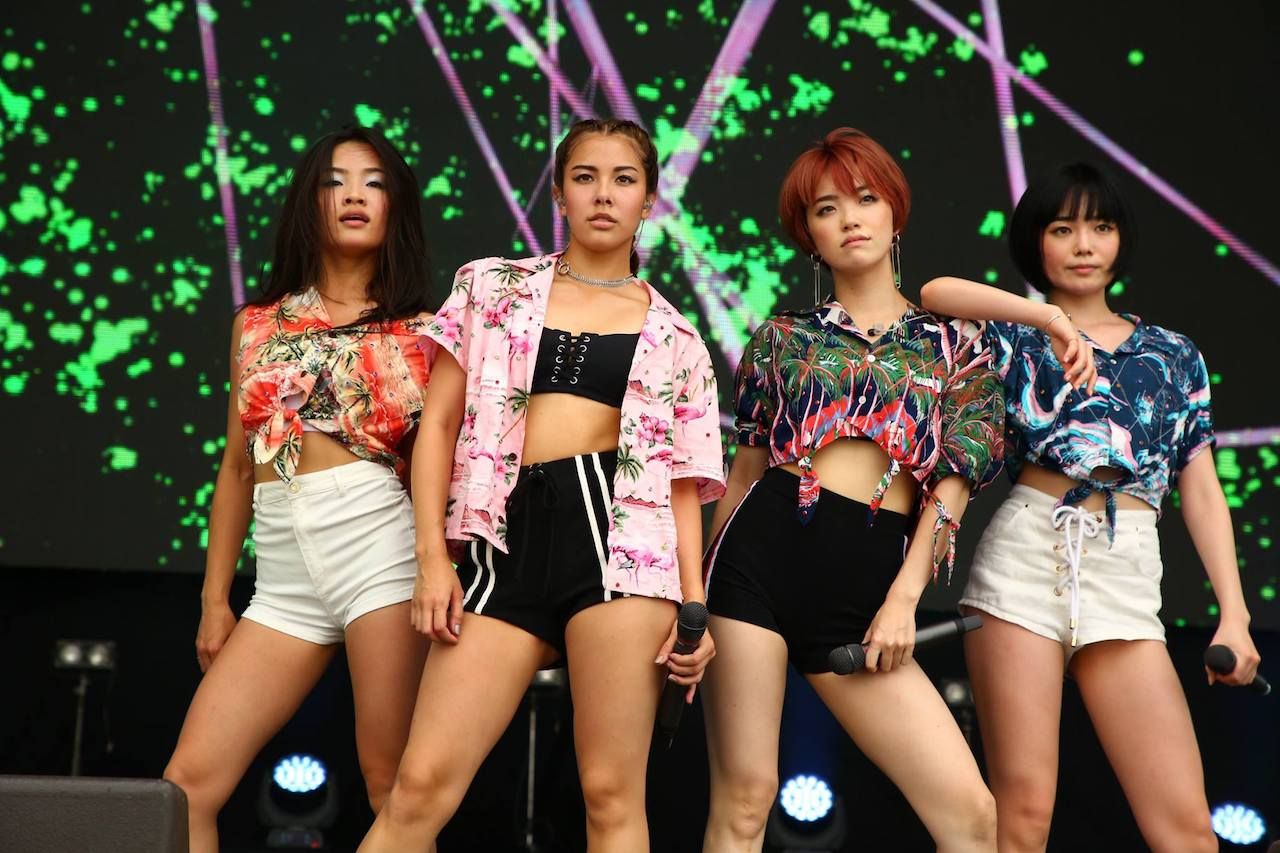 The big Japanese festivals may be global events, and they are attracting more and more overseas revelers every year, but in certain ways, they do lack the gravitational pull of the better-known festivals in Europe and the US — and that’s a good thing if you love immersing yourself in a culture. These music festivals allow you to share an experience with the Japanese locals in a way most tourists will never get to. You’ll be able to focus on the music and actually connect with the people around you sans chaos, taking in a huge variety of bands with pristine sound and minimal hassle from drunken bros and inconsiderate jerks. Sure — you’ll undoubtedly see a few unhinged antics going on (more often than not from the bands than the audience), but you’ll never get trampled on or get elbowed in the eye in a mosh pit. Instead, you’ll be surrounded by genuine music lovers, which is certainly worth any globe-trotting festival connoisseur’s time to check out.