Getting on a long flight when you’re on your period has to be in the top-five most awkward situations. Airplane bathrooms are notoriously tiny and yucky, with taps that only let out a small trickle of water, and the trash bins are too weird to even mention. And if you’re bleeding, a dreaded trip to the bathroom to change a tampon, empty a menstrual cup, or replace a pad is usually needed about every two hours.

But there’s a way to either delay a trip to the bathroom or even steer clear of it entirely: Period underwear.

I tried my first pair of Knix underwear in 2018. At the time, I had been using a combo of homemade cloth pads and a Diva Cup for about eight years, but I was dealing with leaks and stains almost every month. Not only was it frustrating for a woman in her 30s, but also time-consuming — washing blood off sheets and pants is a routine I could very happily live without. So, in a spur-of-the-moment decision, I visited Knix’s website and purchased one pair of their period underwear called Leakproof Boyshorts in black in size M for less than $25. 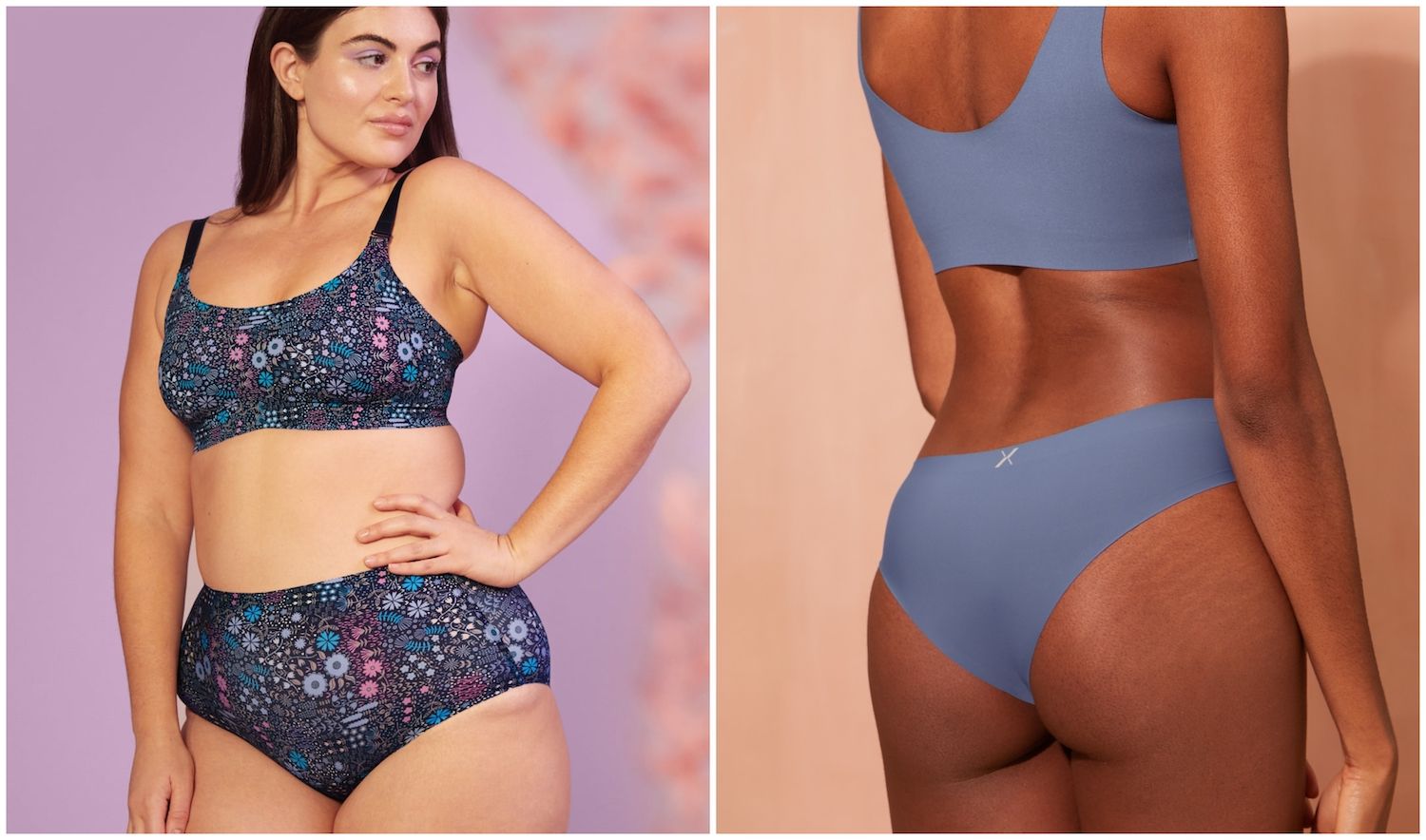 While the purchase was spontaneous, the choice of underwear wasn’t. Knix has a large range of cuts of Knix period underwear (boxer briefs, shorts, boyshorts, bikini, cheeky, and thongs) in a huge variety of colors and motifs. I chose boyshorts because I wanted a style in which I would feel comfy and secure, and I picked black because I could avoid long-lasting stains. M was the perfect size for me as I am 5’4 and 140 lbs.

The choice of the brand was also very deliberate. Knix sells underwear for all women, regardless of their size or skin color. Their website is a wonderful celebration of the female body with women that look like you and your friends: round, pregnant, busty, thin, with stretch marks and cellulite, etc. A far cry from what you’d see on other lingerie websites.

How do you clean Knix underwear?

I tested out my period underwear at home for a couple of cycles and was very surprised by how well it worked. I used it as a back-up with my Diva Cup for the first day of my period and, after a quick wash and an even quicker dry, I used it again later in my cycle, on its own, when my flow was not as heavy. There were no leaks and no stains.

Do you have to wear a pad with Knix underwear?

No you do not need to wear a pad with Knix underwear. Knix’s period underwear became part of my period kit and I kept it nice and ready for when my cycle started. I took it with me on trips, leaving my homemade cloth pads (that attach with a safety pin, no less) at home, saving luggage space along the way. In the airplane, the underwear was a dream — no need to change a pad or fear standing up in front of hundreds of people with a stained pair of pants. Knix’s period underwear are fail-proof.

For those who travel a lot, there’s value in Knix’s period underwear beyond the leakproof technology. If you happen to find yourself in a place where period products are hard to find or don’t work for you, you won’t need to panic because all you need is already in your bag. Also, if you’re in a remote area hiking or camping, you won’t need to store your used products somewhere in your bag until you find a bin — you can just throw your period underwear in your dirty laundry bag. (They dry fast and won’t stain the rest of your clothes.)

I wore and washed my beloved Knix’s period underwear for over three years during every single cycle before the trim started to peel. I now keep it as an emergency option and have purchased a pack of three Super Leakproof Boyshorts to replace it. By buying a pack of three, I saved 25 percent off my order, which amounts to only $22.50 for each piece. I picked the same size, but went for a crazy floral purple motif with a four-layer black gusset — I’m really not worried about having to wash out any stains any longer.

FashionThis Sweat-Absorbing Shirt Is My Favorite Thing To Wear When I Fly
Tagged
Fashion Female Travel
What did you think of this story?
Meh
Good
Awesome