On July 13, Brooklyn-based artisanal ice cream spot Van Leeuwen Ice Cream announced that it teamed up with iconic American cheese brand Kraft to create a mac and cheese ice cream flavor. Van Leeuwen explained that the savory ice cream treat is supposed to evoke “comforting, nostalgic,” feelings, but Twitter — not exactly known for its sense of moderation — immediately flew into a tizzy.

Most users were simply confused, asking their followers if they would dare try such a seemingly unintuitive dessert flavor. The synthetic, almost-neon orange color of the ice cream (which is presumably meant to mimic the color of cheese-flavored powder) might have sent off some alarm bells. But there’s a simple fact that you can’t get from looking at the color: cheese ice cream is good. In a taste test, Eater wrote that the Van Leeuwen ice cream has a rich “buttery flavor,” is a “little funky,” but “compelling.”

“You’re going to be confused while eating it, but definitely won’t want to stop,” the review concludes.

Most people also missed that there is already precedent for cheese-flavored ice cream: queso, also sometimes spelled keso, ice cream is as common in the Philippines as chocolate ice cream is in the United States.

In the Philippines, ice cream sold from street vendors is sometimes known as sorbetes — colloquially nicknamed “dirty ice cream” (perhaps a pejorative reference to the fact that it’s sold on polluted sidewalks). The most popular sorbetes flavors include mango, ube, buco (coconut), jackfruit, avocado, and, you guessed it, cheese.

Cheese sorbetes is such a beloved treat in the Philippines that ice cream companies have adapted it for the freezer aisle: Magnolia, a brand that specializes in Southeast Asian ice cream flavors like halo-halo and lychee, once released a “queso queso” flavor, as Vice’s food and culture writer Bettina Makalintal wrote on Twitter. Another user pointed out that Magnolia also released a version of its queso ice cream with mais (corn) that’s flecked with chunks of cheese, as did the brand Selecta. 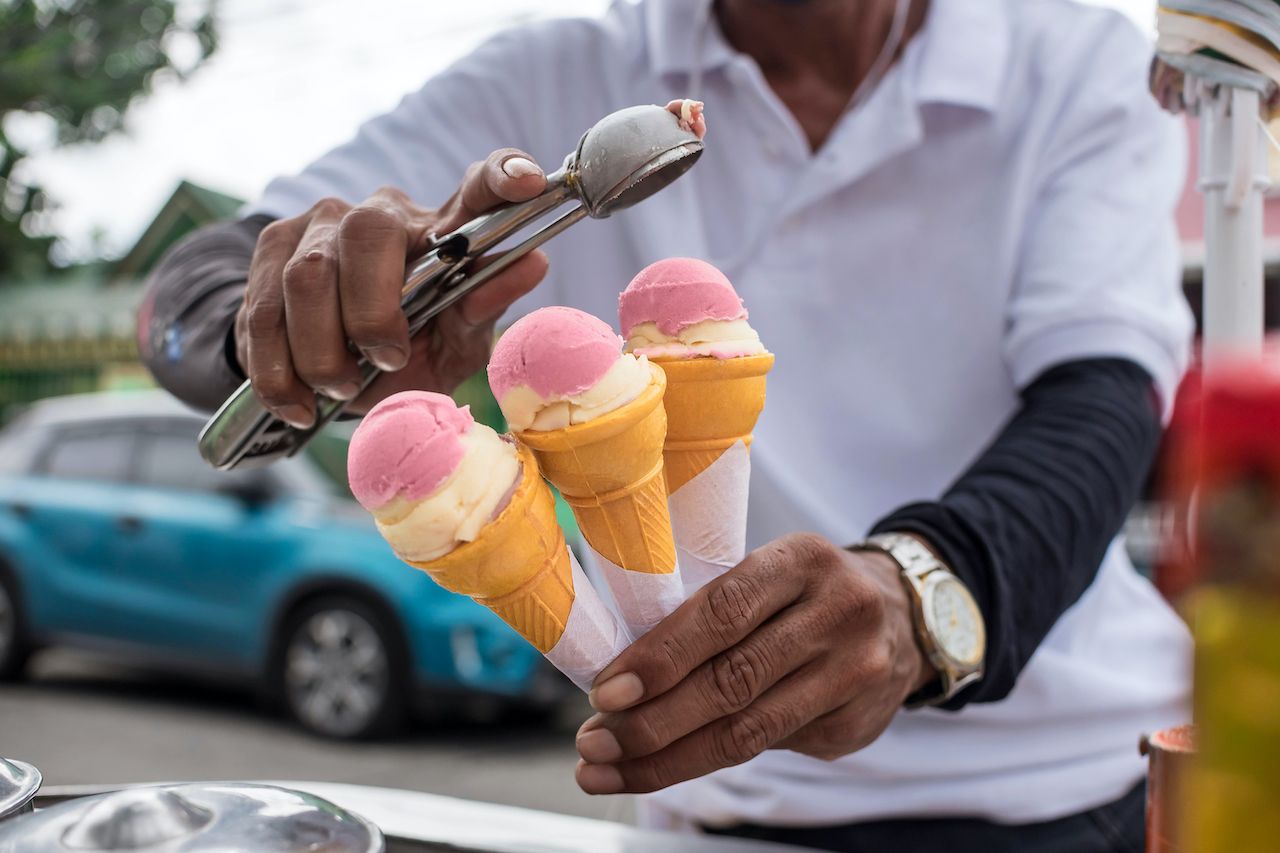 In her Vice article on cheese-flavored ice cream, Makalintal wrote that, “Filipinos have long known the truth: Processed cheese is good, and in ice cream, it’s even better,” and points out that “the concept isn’t far off from cheesecake.”

Ricotta ice cream is unquestionably common and no one questions its appeal. Salt and Straw, which produces similarly artisanal flavors as Van Leeuwen, also sells a blue cheese and pear flavor.

This time, the backlash to a quirky food flavor is totally unwarranted. As usual, there’s a cultural context that’s missing from the outrage over unfamiliar foods on social media. Once you add that necessary detail, what seems like a strange flavored food becomes a much more palatable homage (intentional or not) to a dish that already exists outside of the West.