If you want to see for yourself what it was like for Leif Erikson when he first crossed the Atlantic ocean around the year 1000, you’re in luck. The world’s largest Viking ship is lurking along the East Coast of the US, and if you catch it when it docks, you can even drink some Viking-inspired whisky aboard while you’re at it.

Affectionately called the Draken, the boat sailed from Norway to Connecticut in July. Since then, it’s sailed to ports in Maine, Maryland, Massachusetts, Rhode Island, New York, and Pennsylvania. But it’s not done yet. The Draken still has six more ports to sail to, including those in Baltimore, Virginia, North Carolina, and Washington DC. 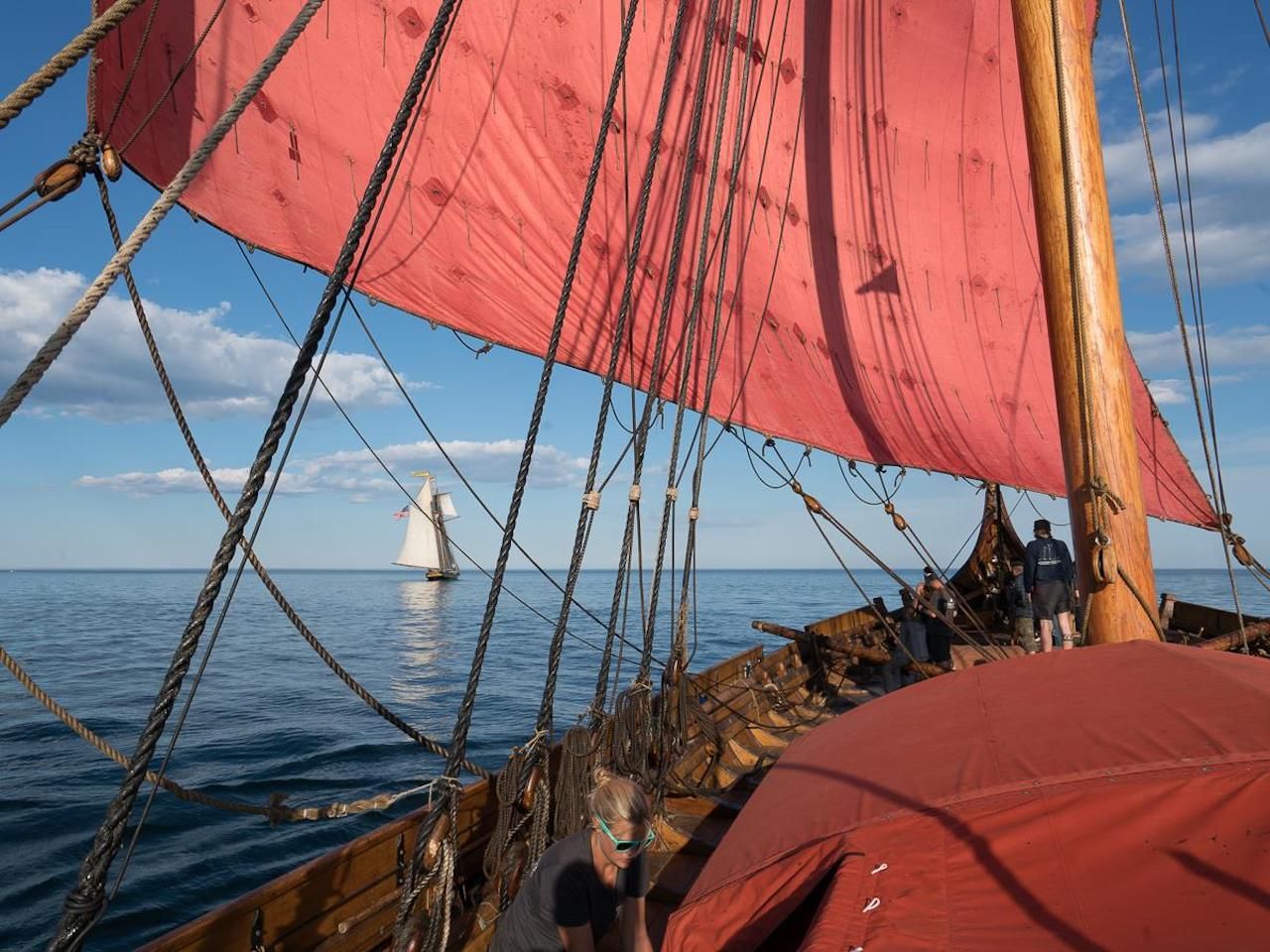 The ship is named after the first king of Norway, Draken Harald Hårfagre, which translates to Dragon Harald Fairhair. It’s 115 feet long, 26 feet wide, and has a 79-foot-tall mast that supports an 850-square-foot silk sail. The Draken is the brainchild of Norwegian Sigurd Aase, and it was built using old Viking boat-building techniques with more than 10,000 iron nails, oak planks, plenty of tar, hemp rope, and silk. 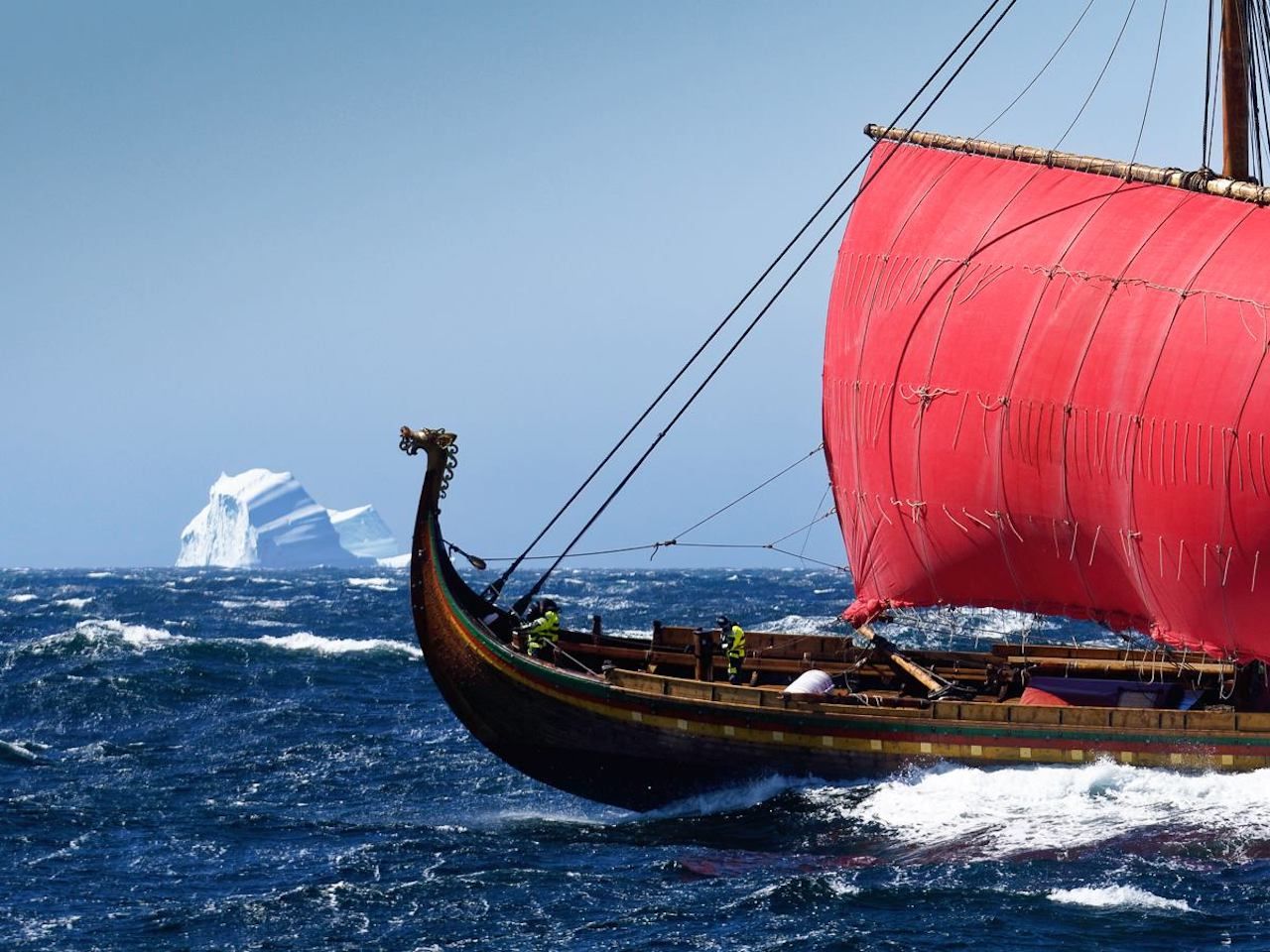 Back in the day, seeing a Viking ship headed toward your port was bad news. It meant plunder, death, and destruction. With the Draken, it just means a whale of a good time. While the 32 crew members aren’t the type of Vikings who strike fear in the hearts of villagers, they sure do sail like it. They sleep under tents on the top deck and row the oars when the wind is light. The tar keeping the Draken watertight is everywhere. We’re not saying you’re going to get tarred and feathered on a quick visit, but there’s a good chance you’ll leave the boat with some tar somewhere on your body. Plan your visit right, though, and you’ll also leave with some whisky.

Highland Park, a Scotch whisky distillery based on the island of Orkney, is sponsoring the Draken’s trip and offering whisky tastings.

“Our founder Magnus Eunson was a direct descendant of the Vikings who settled on Orkney over 1,000 years ago, and today, our whisky continues to be crafted in the old way by a new generation of Vikings,” Martin Markvardsen, Highland Park’s brand ambassador, said. 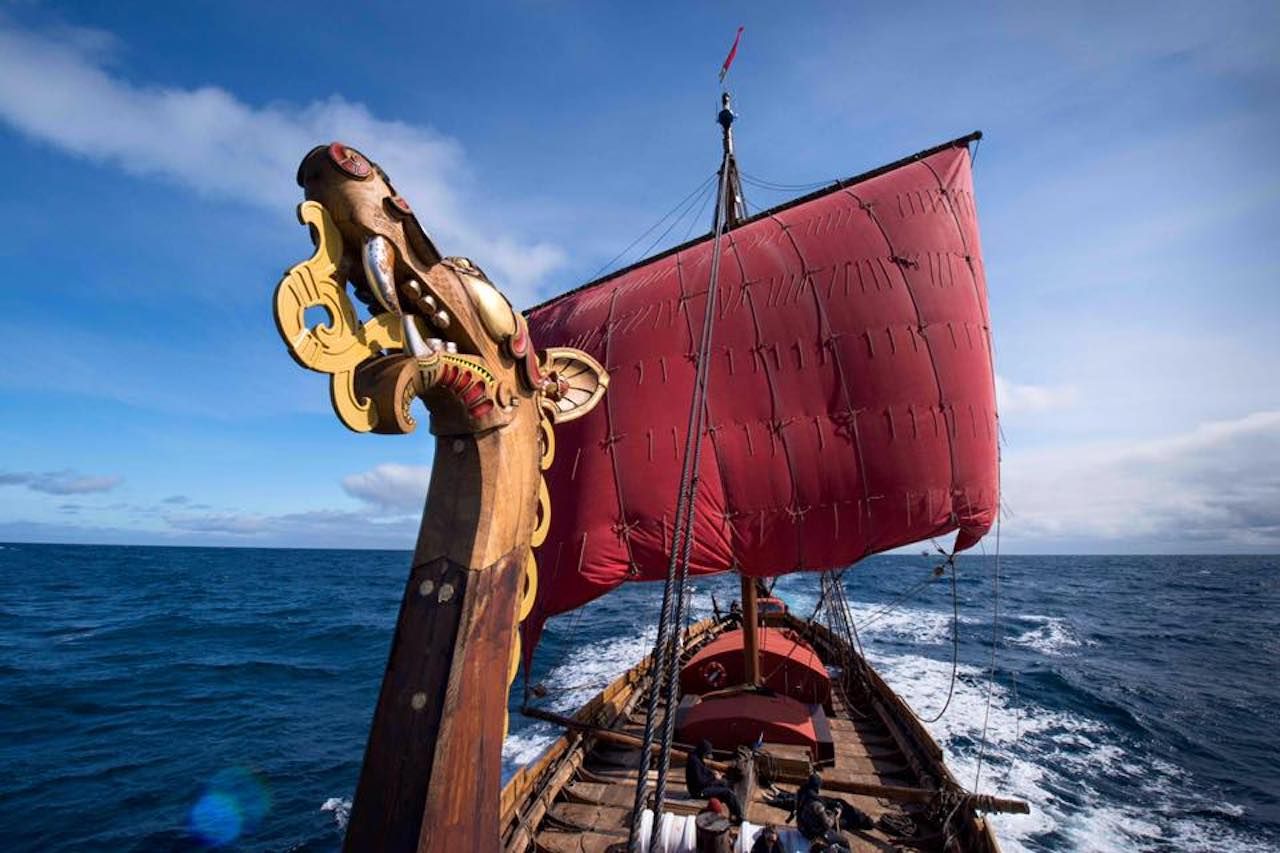 If this all sounds like something you can’t miss — the boat, the history, the whisky, or even the tar — then you can check out when the Draken’s next stopovers are on the ship’s Expedition America East Coast Tour website.

Cruises7 Actually Cool Cruises That Are Nothing Like the Ones Your Parents Take
Tagged
Cruises News
What did you think of this story?
Meh
Good
Awesome