Question: What country has the largest wine cellars in the world?

Wrong. The answer is the small country of Moldova. Surrounded by much larger neighbors–Romania and Ukraine–Moldova is relatively obscure European country that happens two of the largest underground wineries on the planet. 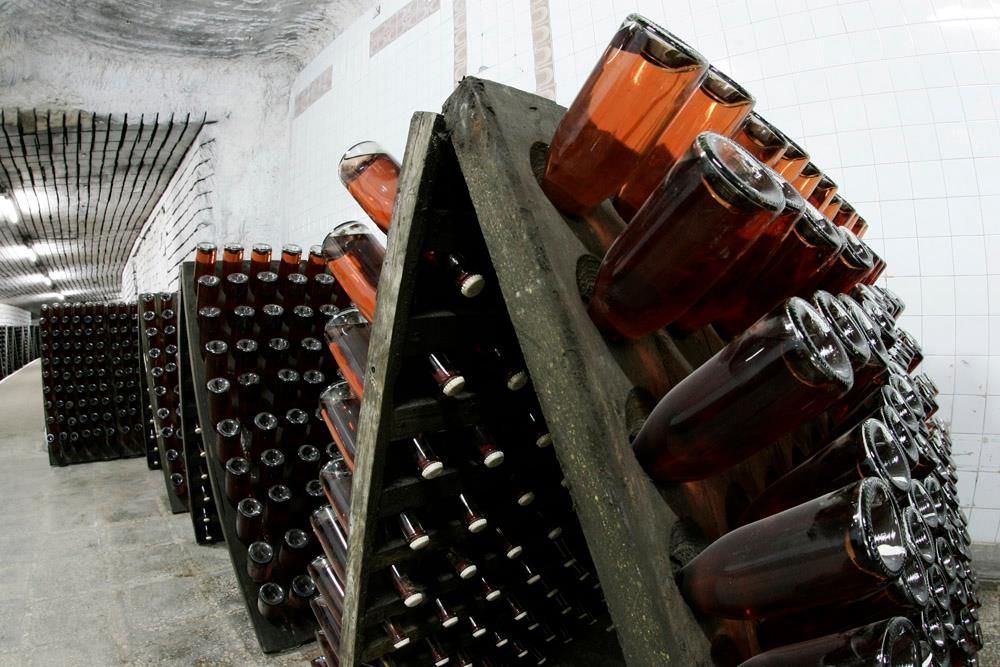 Cricova Winery dominates the size of most other wineries. It has nearly 75 miles of underground cellar tunnels, some hand dug all the way back in the 1500’s. Remarkably the bottles in this winery are still racked by hand (turned incrementally by employees) – with workers turning up to 35,000 bottles a day!

Their wine cellar contains some extremely rare bottles including a 1930’s era Château Mouton Rothschild and some bottles dating back over 100 years. The tasting rooms have a Soviet era feel to them; almost like being in a luxurious hidden bunker, spaces that feel worthy of royalty. The winery has been known to host heads of state; Vladimir Putin celebrated his 50th birthday deep in the cellars inside the Presidential Tasting Room. Part of his private wine collection is also stored here (numbering about 100 bottles).

While their total collection contains approximately 1.3 million bottles including some rare vintages, surprisingly they do not own the largest wine collection in the world. 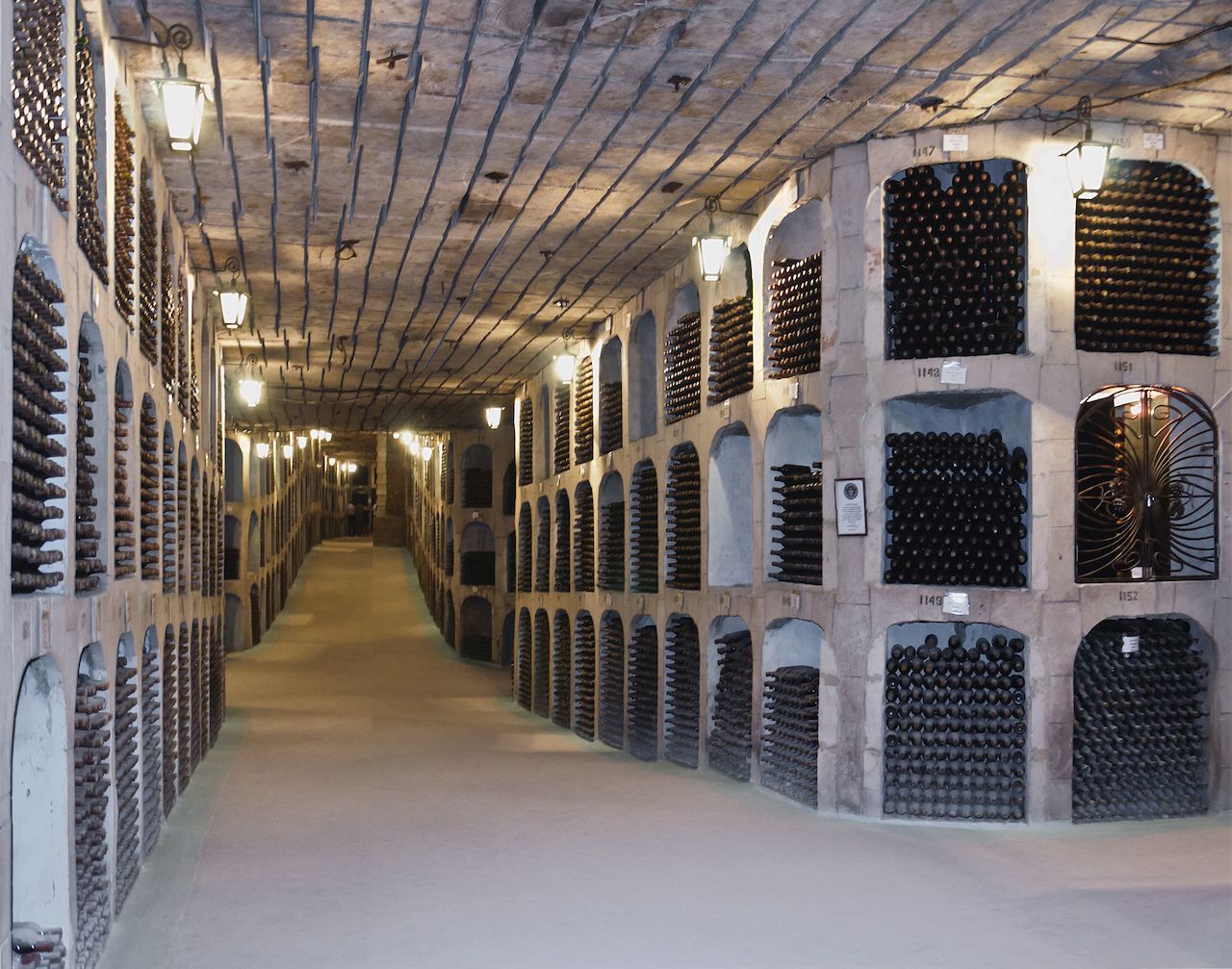 That status goes to Milestii Mici Winery, another Moldovan cellar housing the world’s largest verified wine collection (according to the Guinness Book of World Records published in 2005) at 1.5 million bottles. This collection is not static; thousands of bottles are added to it each year from current vintages.

Milestii Mici contains more then 120 miles of underground cellar tunnels (of which tens of miles are used for winemaking). Visitors to traditional sized wineries often take guided walking tours. Not so here, along with a guide guests drive their own vehicles on the ‘streets’ passing hundreds of large wooden casks through dimly lit tunnels. Visitors are also allowed to bring their bicycles for more intimate exploration (incidentally the streets are named after a number of grape varietals).

Much of the winemaking here is a lesson in patience. Some of the varietals are aged in casks for up to 9 years – and some of their dessert wines are kept up to 20 years in oak before being bottled. These are not released right away – they are aged in bottle another ten years. 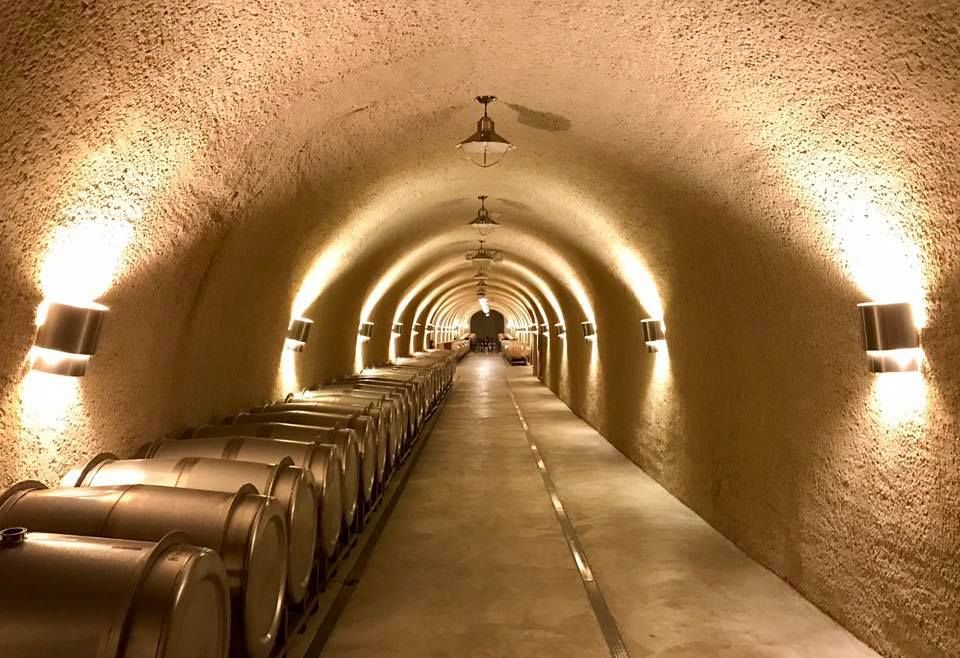 And for a new world representative, one need look no further then Palmaz Vineyards in California’s Napa Valley. Casual visitors to the Napa Valley have no idea the magnitude of this property hidden in the hills just east of the city of Napa. The estate encompasses some 600 acres of which nearly 110,000 square feet of caves are drilled into one of the property’s hillsides. The vertical spatial orientation is impressive – equivalent to an 18 story building spanning 5 primary levels with tunnels radiating out like spokes of a wheel.

The winery maintains its own water treatment plant – no water goes to waste here. A tunnel on level one stores up to 1.2 millions gallons of water for winery operations.

Arguably the visual highlight of a visit here is their circular fermentation dome. An observation deck overlooks a significant portion of their winemaking operations including a touch screen which controls tank rotation and temperature among other variables. Christian Palmaz, the son of founders’ Julio and Amalia Palmaz designed a unique proprietary algorithmic fermentation control system. It feels otherworldly when this system is portrayed, a series of flashing and colorful lights showing various wine making data points displayed on the dome walls.

Food + DrinkThe Top 5 Wine Destinations To Visit in the US Besides Napa
Tagged
Insider Guides Moldova
What did you think of this story?
Meh
Good
Awesome