Due to the vast majority of LGBTQ historical records and writings focusing on the relationships between gay men, there isn’t much about the history of lesbianism in the more distant past. However, just in the past three centuries, along with the emergence of feminism and women’s rights, came the need to bring the lesbian voice into the mainstream. The easiest way to pay homage to the lesbian culture that helped shape history as you know it? Simply pay a visit to one of the many destinations and sites that bear significance to lesbians all around the world.

In order to document this progression, cities around the world have begun to declare historic sites like the former home of Virginia Woolf and the Furies Collective national landmarks. Additionally, organizations around the world like the Lesbian Herstory Archives have been created to recognize the important stories of lesbians from the past and present. So, in order to brush up on your history of civil rights, activism, and exposure as it pertains to lesbianism — and add a few destinations to your bucket list — we’ve collected the most prolific lesbian landmarks on the planet you need to visit.

Considered to be one of the most prolific lesbian authors of all time, Colette was a French phenomenon that penned a number of classics throughout the early part of the 20th-century. Nestled away, less than two hour’s drive from Paris, the small and idyllic village of Saint-Sauveur-en-Puisaye witnessed the author in her earliest years. In 1873, Colette was born and raised within the walls of this humble home — and now, decades later, the property is open to the public and restored to reflect what it would have looked like when the author wrote her first memories of its warm charms. 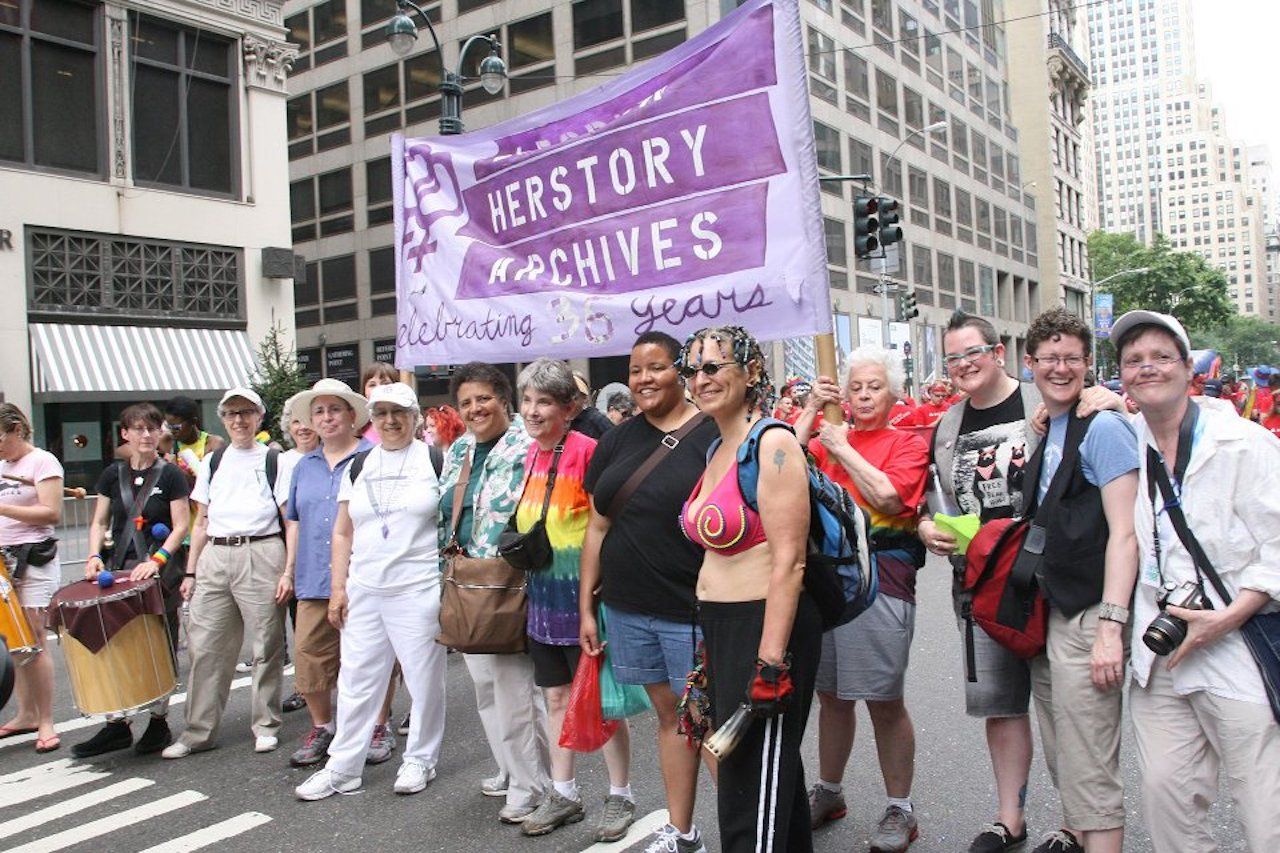 In 1974, founders Joan Nestle, Deborah Edel, Sahli Cavallo, Pamela Oline, and Julia Stanley decided that something should be done to preserve lesbian history. Eventually this desire to keep lesbian stories safe blossomed into a full-scale project, called The Lesbian Herstory Archives, now based in Park Slope. Decades later, the archives contain some 11,000 books and 1,300 periodical titles, as well as a number of artifacts and unknown photographs.

Established in 1971 in Washington DC, the Furies Collective was a communal lesbian group that worked tirelessly to give a voice to the lesbian population. They did so by publishing their newspaper, The Furies, that focused on all the issues that affected the lesbian community while also giving a voice to those so often silent in their views. While their newspaper was short-lived, its influence is still felt — even so that in 2016, the house that the Furies Collective conducted their business in became the first lesbian-related historic landmark in Washington DC. 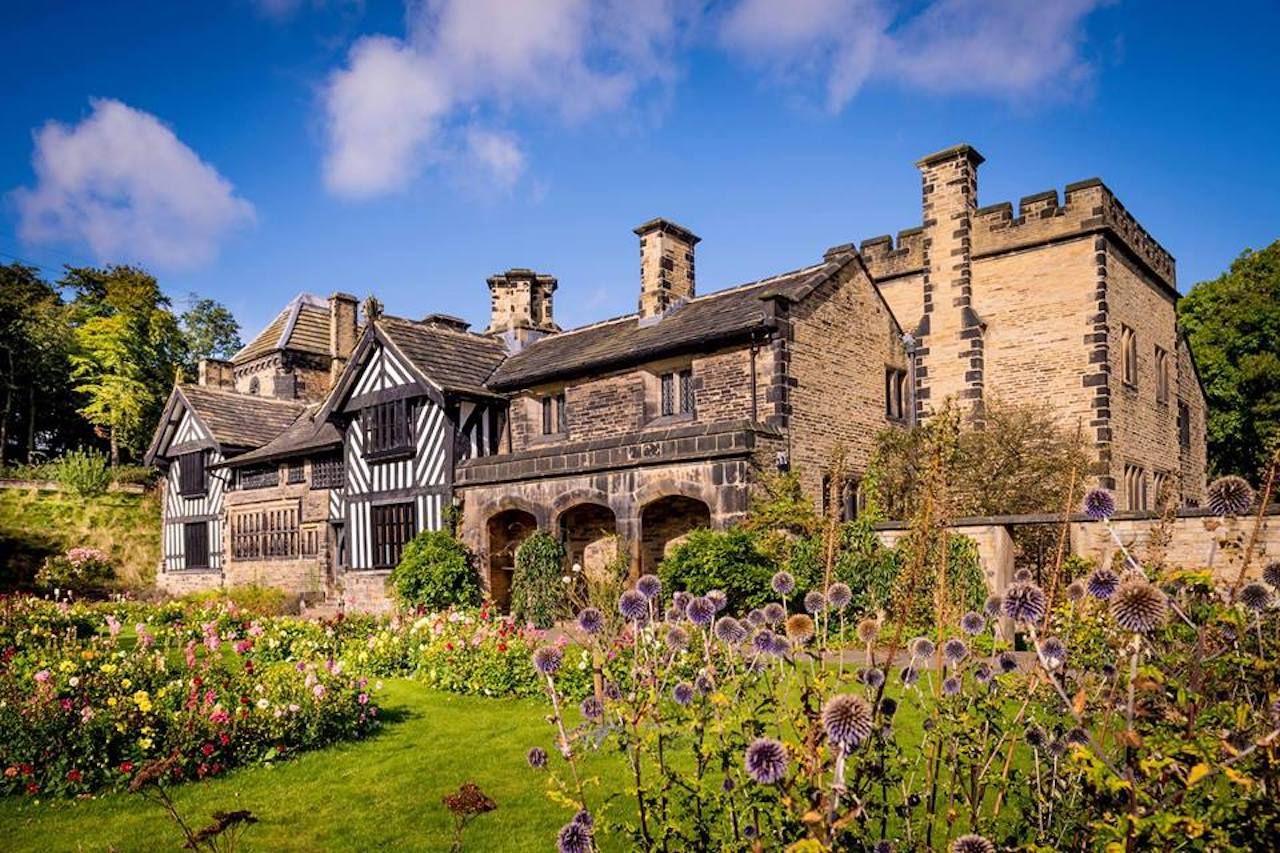 This Medieval home in West Yorkshire, England, was once owned by Anne Lister, a wealthy heiress and lesbian who became famous for writing an extensive diary detailing her queer life in the early part of the 19th century. For this and her freedom to act as any man of that time would have acted, Lister is known as the first “modern lesbian” — completely open about her sexuality and desire to live her life in a more masculine fashion. Now, the hall contains a series of restored workshops, a brewery, and a museum. 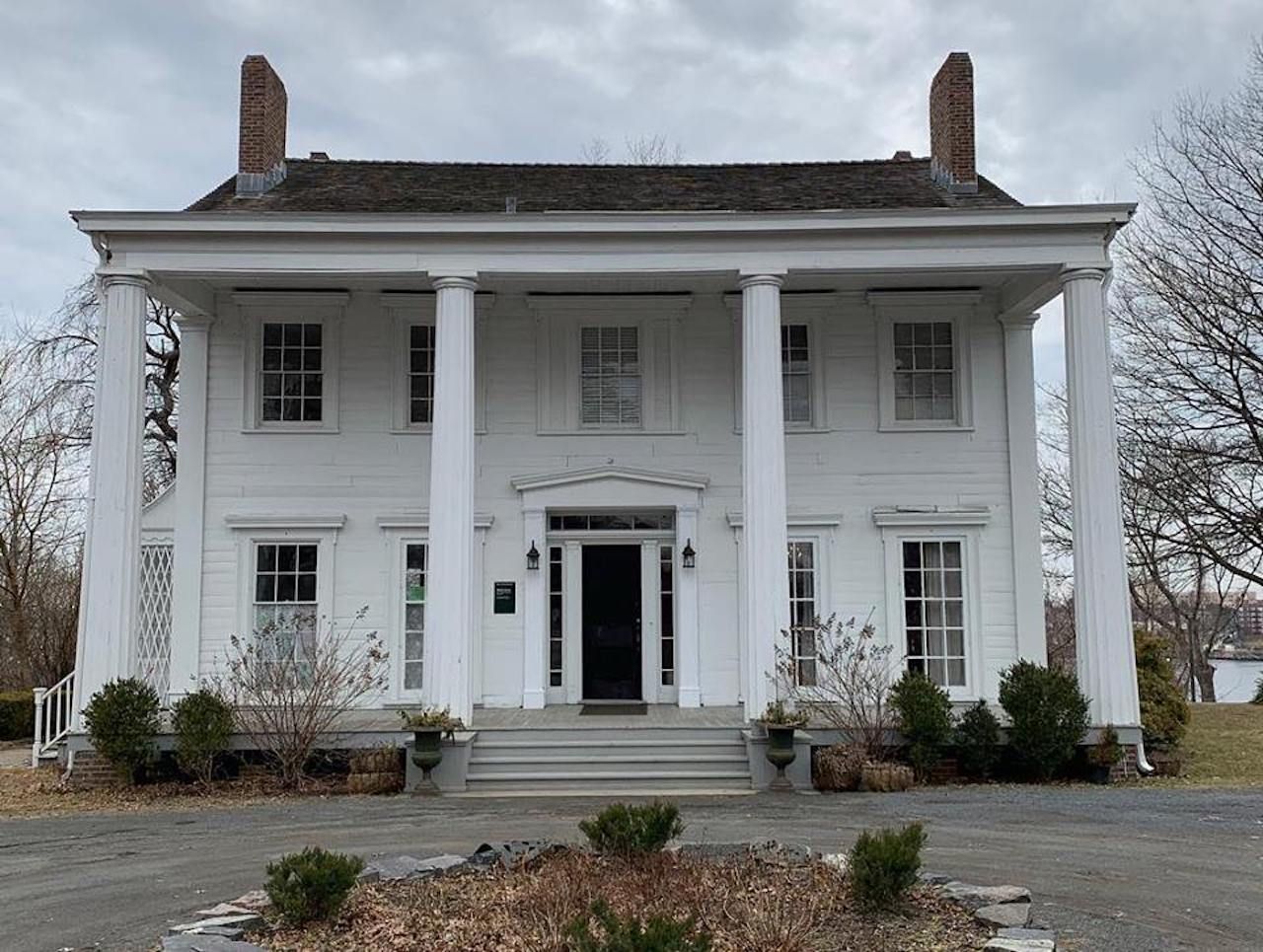 Also known as Clear Comfort, this was the home of Alice Austen, an early-20th-century Staten Island-based photographer who captured compelling images of both the middle and lower class families of the area. For much of this time, she lived in Clear Comfort with her partner, Gertrude Amelia Tate, until her financial instability forced her to move from the home. Now, the Alice Austen House is a national landmark, museum, and member of the Historic House Trust.

Though you may have never heard of Natalie Clifford Barney, it might be time to acquaint yourself with this legendary lesbian. Born in Dayton, Ohio, in 1876, Clifford Barney eventually became a celebrated playwright, poet, and novelist. During her tenure as a writer and socialite in France, she was completely open about her sexuality, stating that her work published with explicit scenes of lesbian romanticism worked to keep the male suitors at bay. Simultaneously serving as one of the leading figures in French literature, along with American and British Modernists of the Lost Generation, and building up fellow female writers of that time, Clifford Barney has well deserved her historic marker, located in downtown Dayton, Ohio. 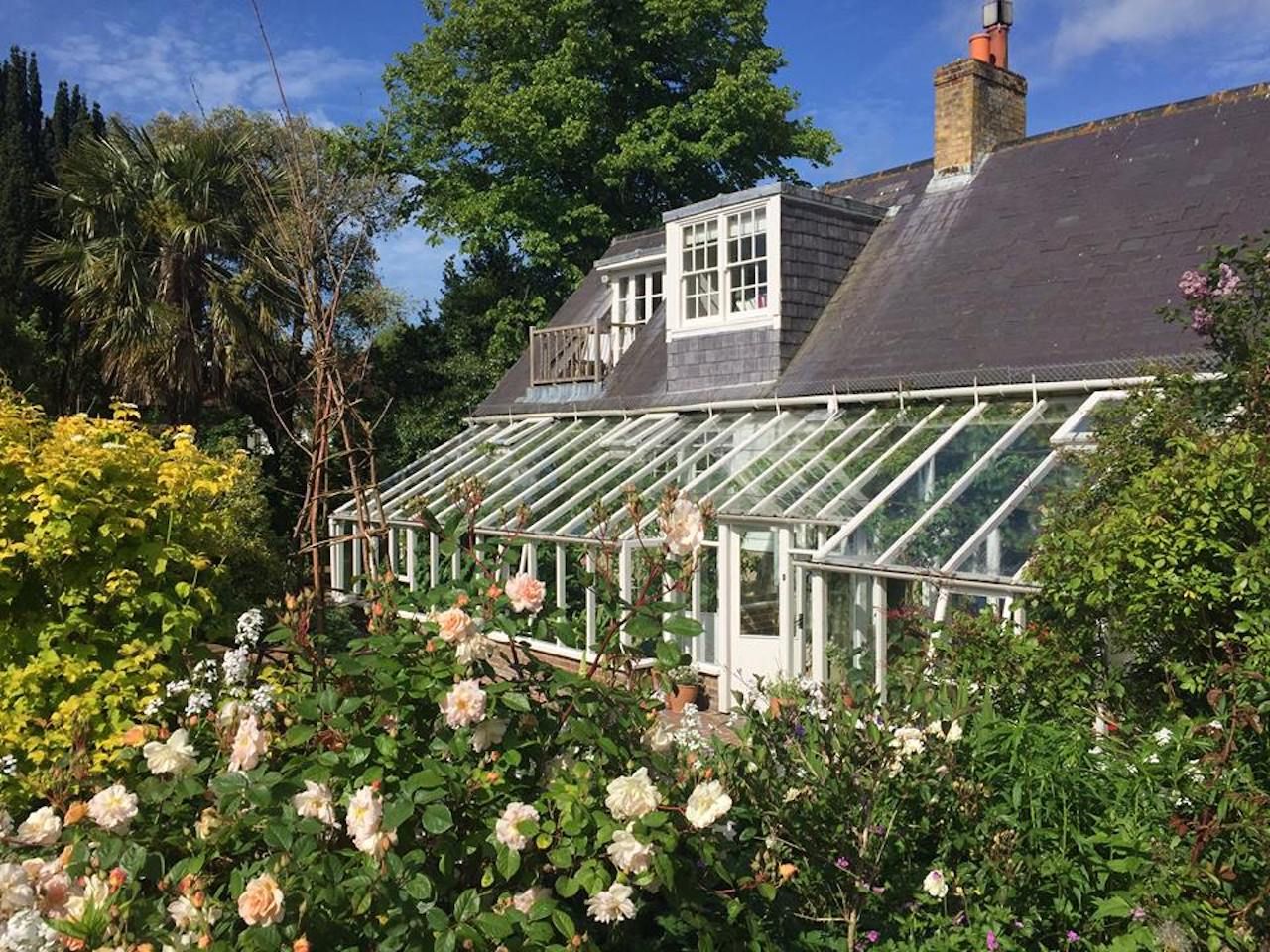 Known for being open-minded about sexuality, famed author Virginia Woolf penned one of the most famous examples of lesbian-themed narratives with her prolific Orlando. For a large portion of her life, Woolf lived in Monk’s House with her husband, Leonard Woolf, in East Sussex, England. During their time in the home, it saw a number of accomplished guests like T. S. Eliot, E. M. Forster, Roger Fry, and Lytton Strachey. Now, the home is open to visitors who want to catch a rare glimpse of the writer’s life.

At least for the city of Nashville, Tennessee, Penny Campbell is a big deal. Throughout the latter part of the 20th century and early part of the 21st century, Campbell made it her mission to bring LGBTQ equality to the city of Nashville and her home state of Tennessee, eventually, on her own, winning a case against the state’s sodomy statute banning same-sex relations. Aside from that landmark win, Campbell also organized Tennessee’s version of the Lesbians and Gay Rights March in 1987, as well as the first LGBTQ pride parades in Nashville. To honor her, visitors can visit the historical marker set outside of her former home in Nashville. 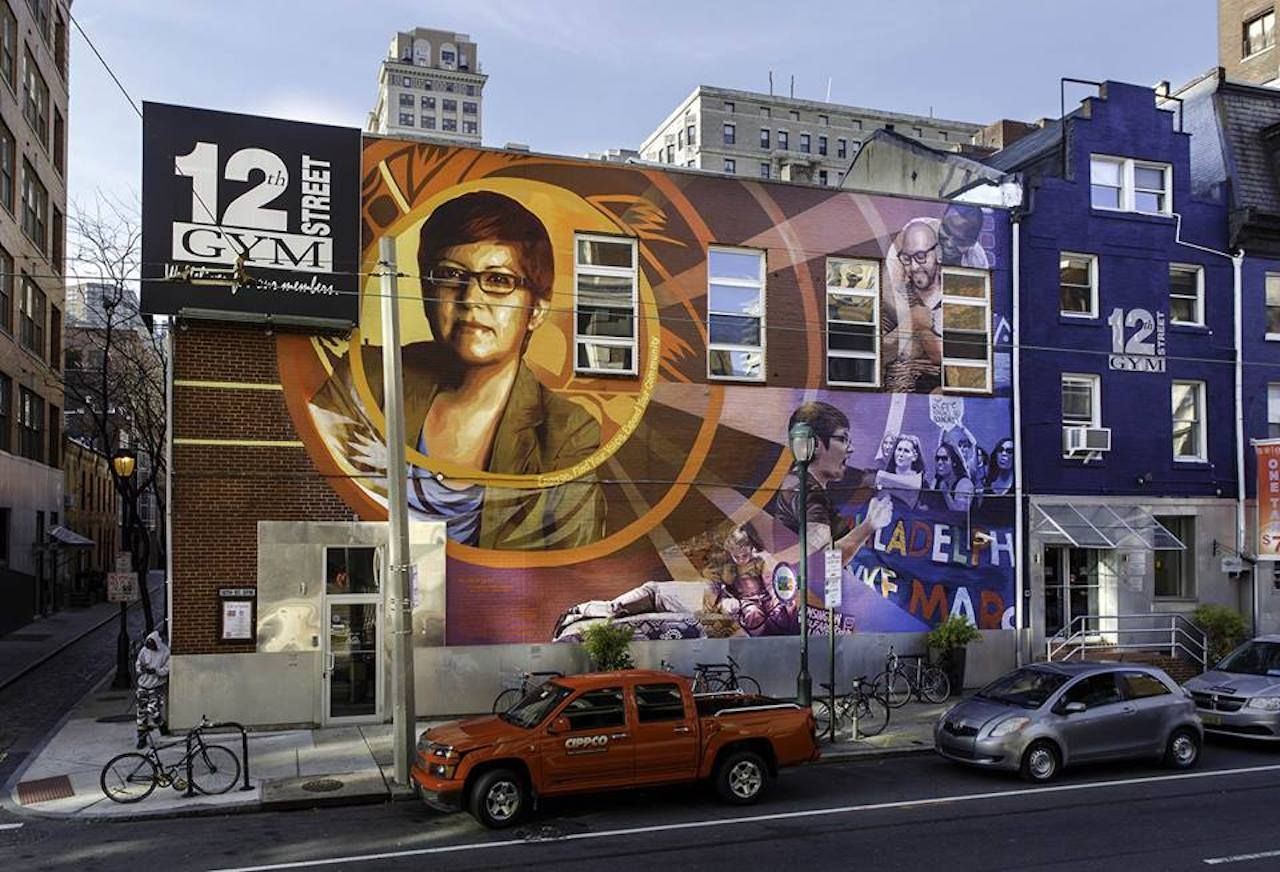 Gloria Casarez is considered a hero for championing LGBTQ rights in Philadelphia. Among her long list of accomplishments, Casarez served as the City of Philadelphia’s first director of LGBT affairs, was the founding member of the Philly Dyke March, and the frequent activist for marginalized communities. And, while she was serving as the first director of LGBT affairs in Philadelphia, she spearheaded a project that eventually gave the city the broadest LGBTQ rights protections in the nation, which inevitably led the city to be ranked as the number one city nationwide for LGBTQ equality. Now, those who wish to revel in her legacy can pay a visit to the mural created to honor her dedication to the LGBTQ cause in the City of Brotherly Love. For more information check our Mural Art Philadephia who also run city tours.

As a writer, feminist, womanist, librarian, lesbian, and civil rights activist, Audre Lorde, throughout the latter part of the 20th century, brought attention to the world of queer people of color with prolific prose, poetry, and activism. Throughout her lifetime, Lorde spoke eloquently of issues related to civil rights, feminism, lesbianism, and the exploration of black female identity. Her home in Staten Island, in which she lived in for over a decade, is now a New York City LGBT historic site. 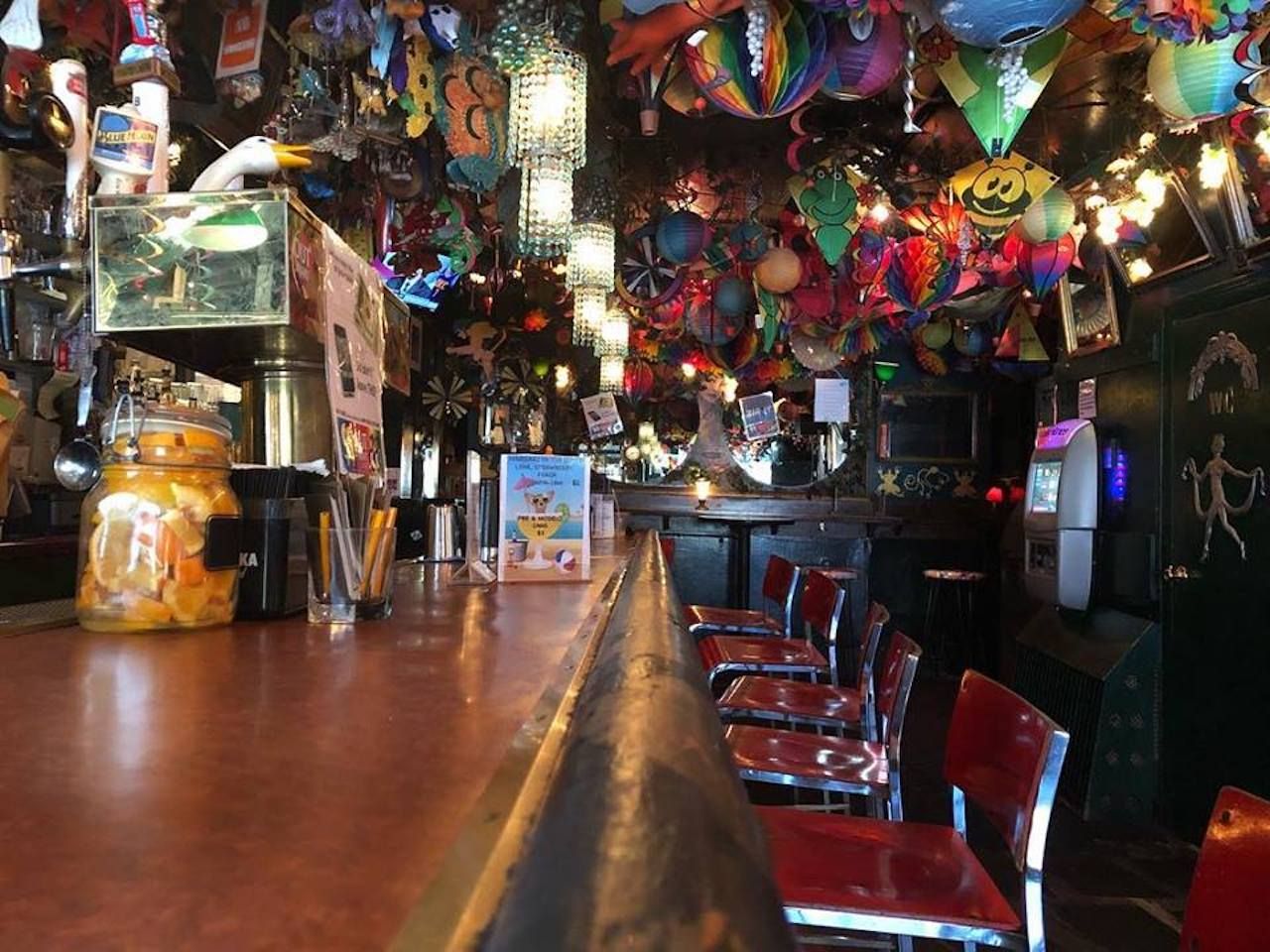 Since 1994, Cubbyhole has been a lesbian haven in New York City for cheap drinks and stimulating conversation. To this day, while it operates as a safe place for everyone, Cubbyhole has managed to become a favorite among lesbians in New York City. So, it should go without saying that, if you’re in the area, a trip to Cubbyhole is well worth the tight spaces and trek to Greenwich Village.

LGBTQ TravelThe 15 Most Important LGBTQ Landmarks in the US
Tagged
LGBTQ Travel Trip Planning
What did you think of this story?
Meh
Good
Awesome