When Beks Ndlovu set out to open his first safari camp, Somalisa Camp, on a private concession in Zimbabwe’s Hwange National Park, he furnished it with items from his own home. Sixteen years later, Ndlovu, one of the few Black safari camp owners in Africa, is about to open his 16th safari camp.

While the company that Ndolvu founded, African Bush Camps, has long since been able to buy furniture for its many safari camps in Zimbabwe, Botswana, and Zambia, it’s the attention to detail and personal touch that Ndlovu brought to his first camp — and to each one since — that helped make him one of the continent’s most respected safari camp operators. 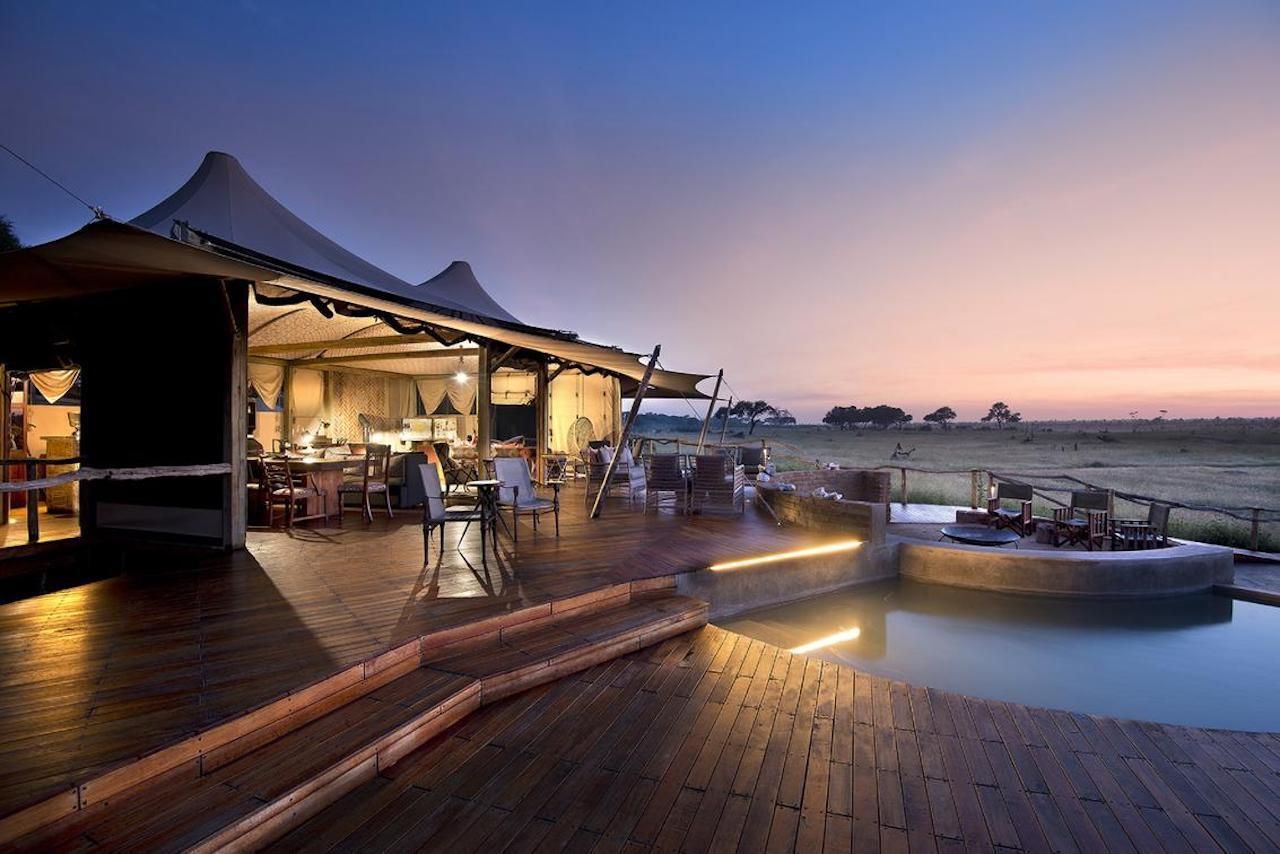 “I’ve always been a hoarder of old antiques and furniture and stuff, so literally my entire household, because I didn’t have a lot of money … I moved it to Somalisa and started my first camp,” Ndlovu tells Matador. “I’d created this place that I really identified as an extension of my home.”

Ndlovu brought over a decade of experience in the safari businesses to the first camp at Somalisa. A native of Hwange, Ndlovu also drew on his deep appreciation for the area’s animal life — first sparked by the adrenaline and fascination he felt when a herd of elephants approached his childhood home when he was 10.

Ndlovu began his career working as a guide at camps, where he learned the details of camp operations and management. After five years, he began a private guiding business, which took him to multiple countries and allowed him to “sample probably the best of what there is in Africa,” he says. Ndlovu also took advantage of opportunities to travel beyond Africa to pay close attention to the best practices of the service industry and to hone his own design sense. 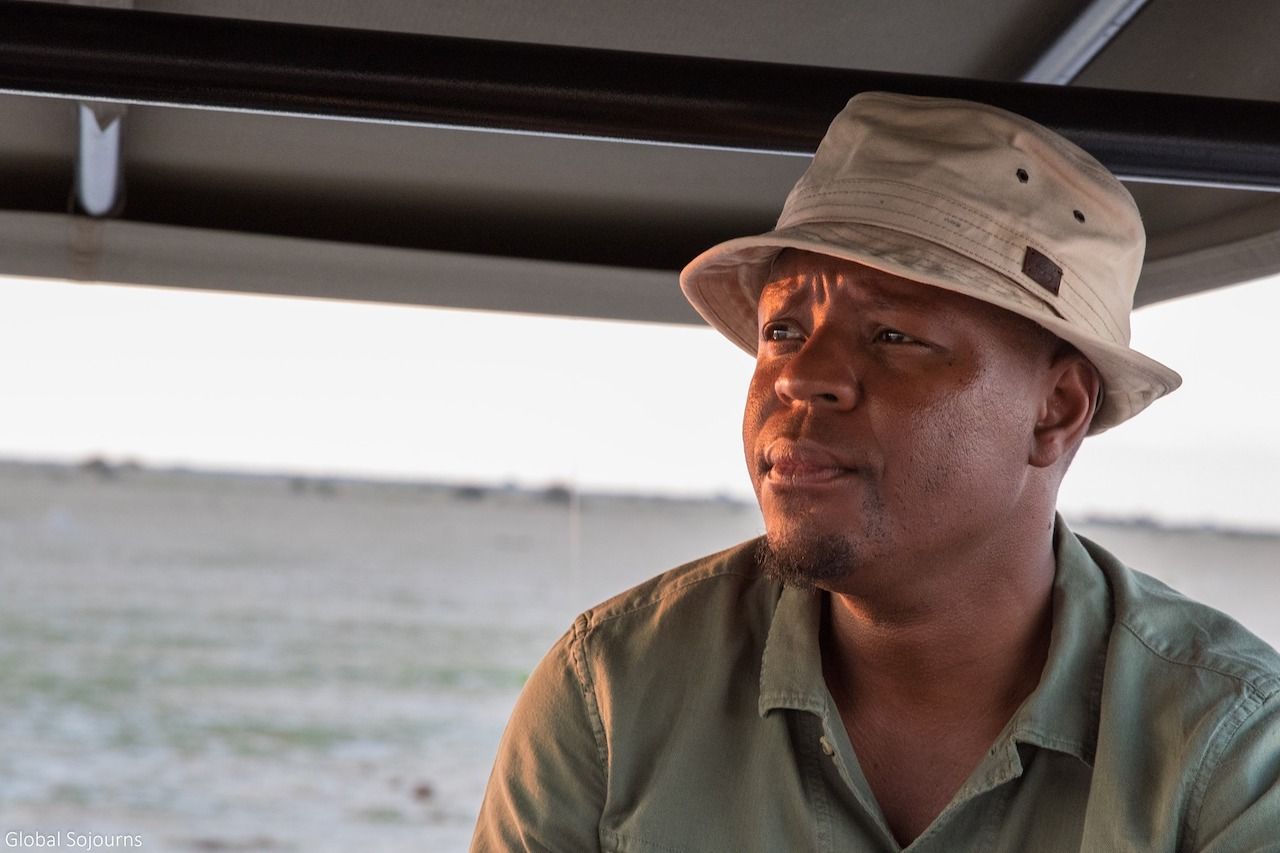 After 10 years in the business, Ndlovu felt he was ready to have a bigger impact on the wild places he was sharing with others. Although by then he had eight guides working for him, Ndlovu says, “Even that just didn’t seem enough to have an influence and impact in conservation and bringing on board communities and really having a formidable voice where you could be taken seriously.”

Changes in the safari industry itself convinced Ndlovu to take the next step. As he describes it, the early 2000s saw an increasing emphasis on luxury. Tents became massive, with dual sinks and even dual showers, and camps added amenities like spa services. The frustration for Ndlovu as a private guide began to arise when he would receive radio calls that, say, a client needed to get back to the lodge, since they had booked a late morning massage and needed time for a leisurely brunch beforehand.

“So it’s like you’re sitting in front of a sighting of a pride of lionesses and there’s zebra. Where would you rather be?” says Ndlovu. “So seeing that kind of world bothered me immensely.”

It was then that Ndlovu says he decided to open a camp that would be a “dream for naturalists.” He applied to the Zimbabwe National Parks Authority to run the concession at Somalisa Camp, and opened the small six-tent camp in 2006.

At Somalisa, Ndlovu could focus on what for him was the real extravagance: the natural landscape. “It was quaint and it had this rustic nature about it, and at the same time the luxury was the raw wilderness and the way in which I’d designed it such that it felt very connected to the land. I’d always used this concept that design and the feel of the place has to be honest to its surroundings,” he says.

Despite Somalisa’s positive reviews, Zimbabwe was in economic and political turmoil at the time, and attracting visitors was hard. Although Ndlovu originally wanted to operate just one camp, six months after starting Somalina he opened Lyanti Bush Camp in Botswana — which was a more stable country to open a safari camp at the time. The success of Lyanti helped sustain Somalisa and eventually also drew more visitors to it.

Today African Bush Camps has 15 camps and multiple travel awards, including global recognition for that first camp, Somalisa, as the best tent camp in Zimbabwe. Although Somalisa is still small, with only seven tents, visitors are often rewarded with up-close sightings of elephants who come to quench their thirst at its elephant pool. 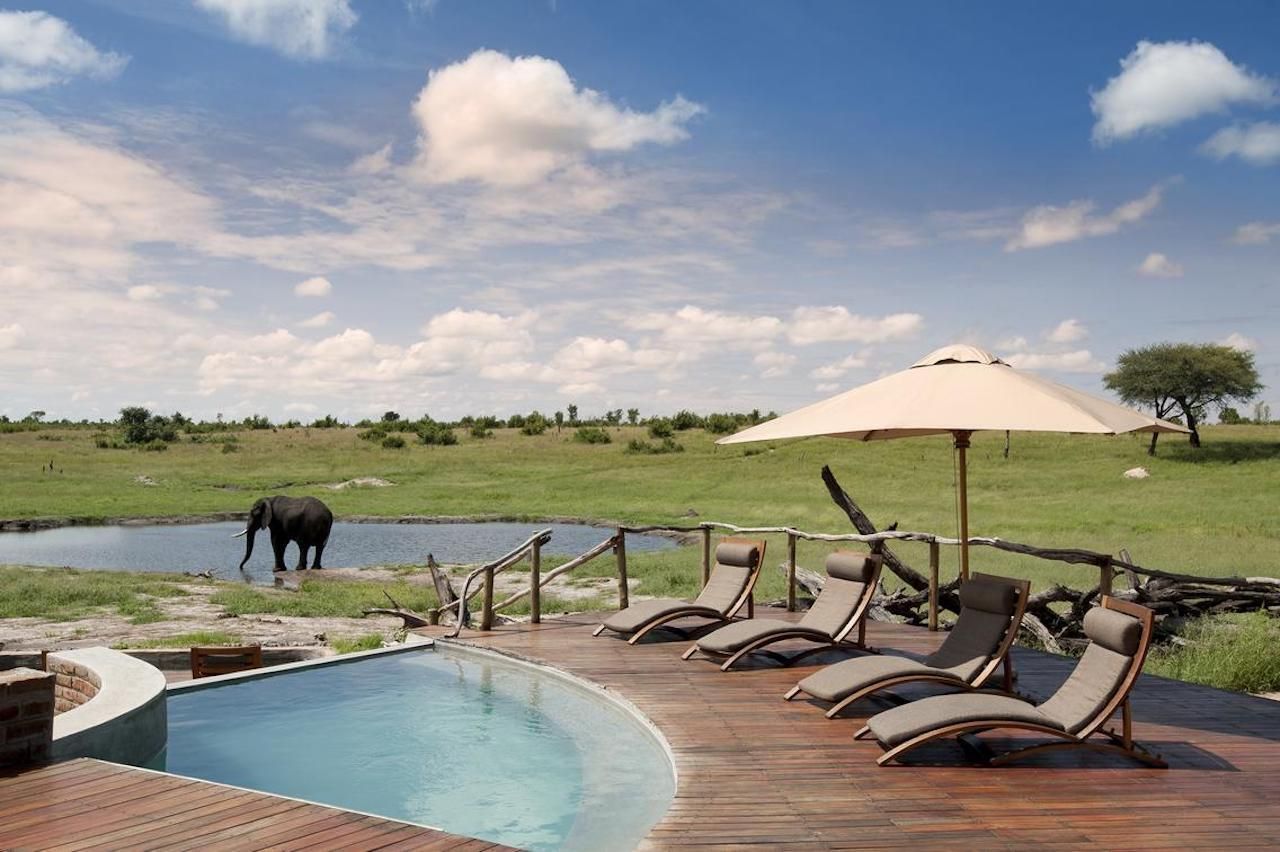 Ndlovu says one key to his success has been working closely with the communities where each camp is based. As a Zimbabwean who comes from a rural background, he notes that he has had an advantage in building the initial trust with the community.

Ndlovu says community involvement is not just central to the business of running a safari camp but to conservation. “You can’t tackle conservation without understanding the dynamic of the people,” said Ndlovu in a recent presentation organized by Extraordinary Journeys.

The co-founder and CEO of Extraordinary Journeys, Elizabeth Gordon, was in fact drawn to working with Ndlovu because she was impressed with his strong guiding background, the stunning location of his camps, the welcoming teams who work there, and “values with a strong focus on conservation and community involvement.” 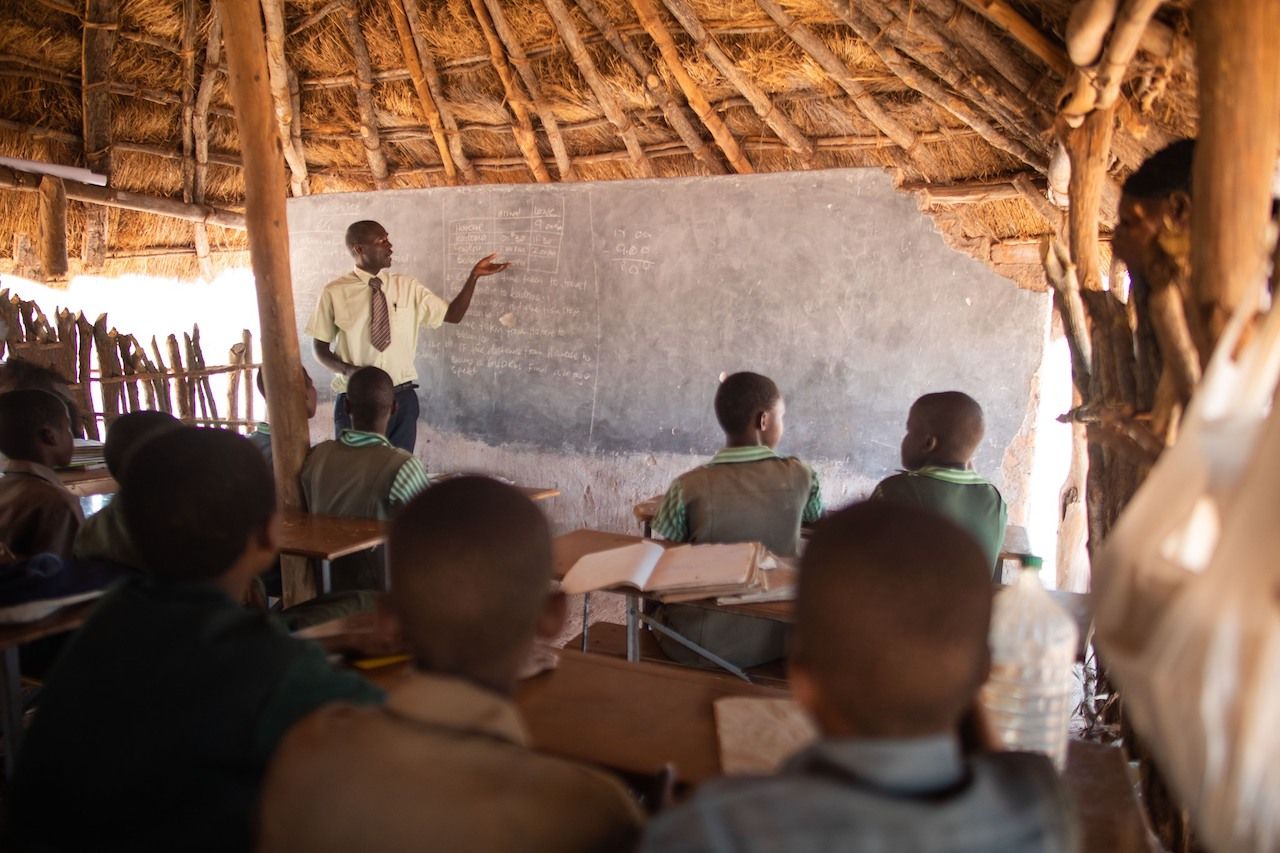 The connection with the community is so important that when Ndlovu opened his first camp, he also opened the African Bush Camps Foundation, whose mission is to partner with the local communities “to improve their quality of life and achieve long-term conservation through programs focusing on education, conservation and community empowerment.” For each night you spend at an African Bush Camps location, $10 is donated to the foundation.

In fact, Ndlovu believes that being a local is a “differentiating factor” that sets him apart from many other camps. “I am a local, and I run this business … I’m right down to the last detail in terms of finding an area to build our next camp, the vision of it, the design I’m involved intrinsically with that, the build process and how that rolls out, I’m involved from the beginning to the end.”

Ndlovu also continues to guide at his camps, and he helps other guides learn to tell their stories, “because so many people have similar stories growing up that the rest of the world would like to hear about.”

Today, Ndlovu says that while safari tourism business is still “viewed as a white-dominated industry,” some progress is being made. He spoke of the need to recruit and promote Black Africans into management positions in the tourism industry, and the need for financial support of locally owned safaris right now.

At the moment, all funds are scarce, as African conservation parks reel from the pandemic-imposed travel shutdown. Ndlovu urged people who had safari travel plans to postpone rather than cancel them; and he asked those who have been considering a safari to book now for a future date, since their deposits could be put to work towards conservation efforts. He also says donations to organizations like the African Bush Camps Foundation are always welcome.

Moreover, says Ndlovu, besides diversifying the management of safari camps, it’s time to diversify who visits them. While they’ve traditionally marketed to wealthy people aged 45 to 65, Ndlovu says it’s time to target millennials and others who have perhaps in the past not thought about visiting African parks.

Ndlovu says, “Those people need to have in their minds that there’s this whole new world, and this world needs their attention.”

WildlifeThis Pandemic Will Devastate Africa’s Wildlife Unless We Rally Right Now
Tagged
Sustainability Epic Stays Wildlife
What did you think of this story?
Meh
Good
Awesome