At the start of the year, we proposed places to travel to save the planet. That’s because we’ve seen the environmental good that can come when tourism dollars are used to promote the conservation of endangered places and animals. In Africa, for example, the revenue that tourism generates is credited with saving many cherished species from extinction.

Now, with the world in lockdown, African parks are hurting. The savannahs, grasslands, mountains, and other wild landscapes that are home to rare rhinos, herds of elephants, threatened cheetahs, mountain gorillas, and other threatened species are now empty of tourists. 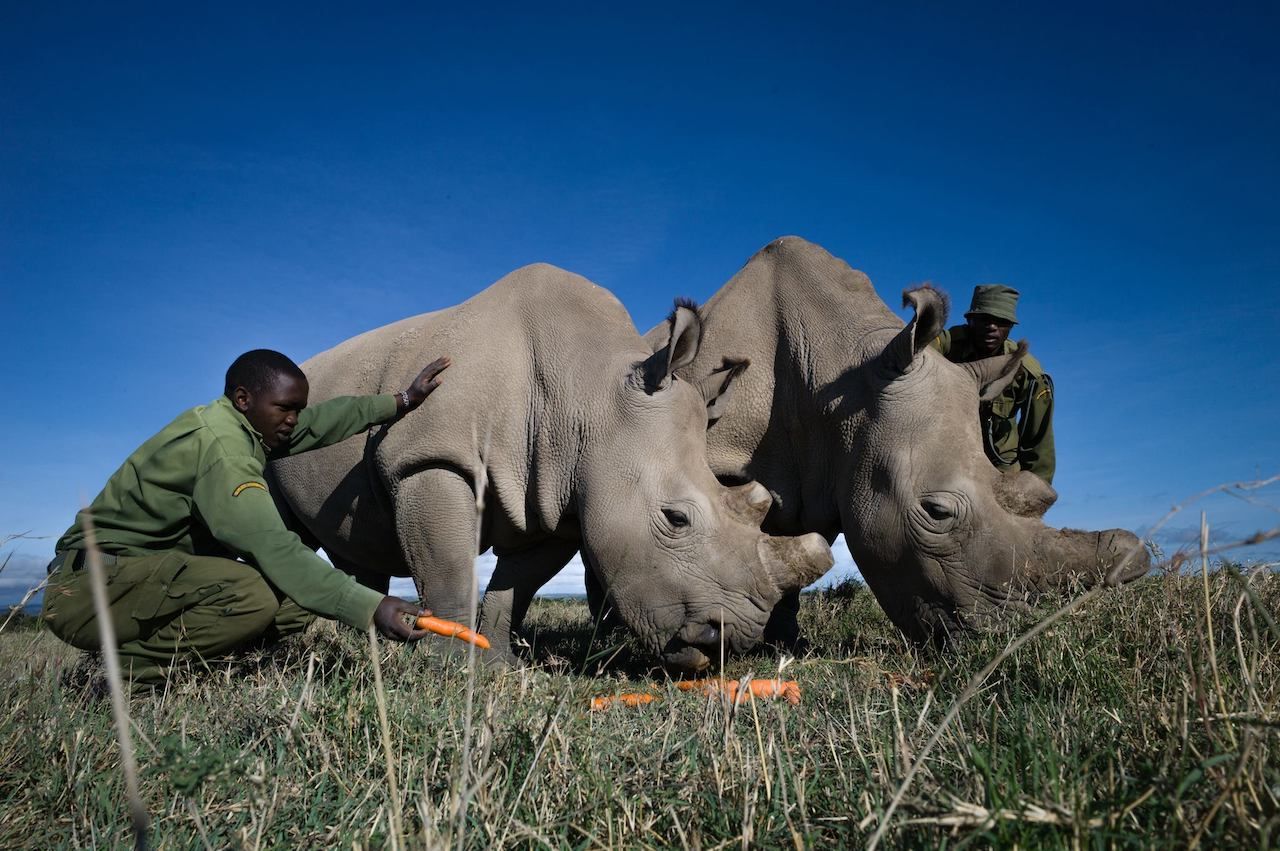 The effects of the loss of international travelers are deep and potentially devastating. For one, tourists, both with the money they bring in and with their very presence, protect against one of the biggest threats to African conservation areas: poaching.

“There’s no tourism at all, so most places have laid people off temporarily… There’s nobody around in the parks and the lodges. The staff, the guides, and the tourists are no longer there, so that means it’s a little easier for people to sneak in and do nefarious things,” says Peter Knights, CEO of WildAid, which works to end the illegal wildlife trade.

In the Democratic Republic of Congo, 12 rangers were among 17 people killed in a deadly ambush in Virunga National Park this month. And in South Africa, poachers seized an opportunity when the government first announced lockdown measures, says Dereck Milburn, Southern Africa Project Director for the Aspinall Foundation, which is dedicated to rewilding endangered animals and rebuilding wild populations threatened with extinction.

“As the [South African] president mentioned that the country would be going into lockdown, the poaching numbers increased dramatically,” says Milburn. “We lost nine rhinos in the first week.”

However, South Africa is currently feeling a bit of a reprieve, and poaching incidents are now down since the empty roads resulting from the lockdown means it’s a lot harder to travel unnoticed.

“Our borders are shut, our roads are locked down, so they can’t get the horns out of the country,” says Milburn. But the good news is only temporary. “As soon as lockdown is over, we might find a massive spike in poaching.”

Beyond discouraging poachers with their presence, tourists combat poaching with the money they bring in. “The private sector depends very much on tourism to run their parks and generate an income. That income then goes to paying for anti-poaching,” says Milburn. “The number of patrols is [currently] stable, but if parks can’t sustain them, you might find patrol teams get smaller.”

While it has more diverse income sources, the Ol Pejeta Conservancy in Kenya is certainly feeling the loss of tourism revenue. Ol Pejeta is a model for its successful approach to integrated land use management — meaning in Ol Pejeta’s case that cattle ranching occurs in the same spaces where its wildlife roams. Nonetheless, tourism still accounts for 55 percent of its annual budget, says Richard Vigne, Ol Pejeta’s Managing Director. Without its 110,000 annual visitors, Ol Pejeta will have a big hole in its budget.

Yet Ol Pejeta is also home to the last two northern white rhinos on Earth and, following decades of strong conservation efforts, now holds the largest population of black rhinos in eastern central Africa, says Vigne. Those rhinos are expensive to protect.

“We’ve managed to cut our budgets by around 25 percent between now and December 2020, and inevitably that comes at a cost to our ability and our capacity to provide the kind of security environment that is necessary to secure rhinos,” says Vigne.

While in Ol Pejeta the threat comes from poaching syndicates, in other areas of Kenya — and elsewhere in Africa — many more people may resort to poaching as a source of food. With the coronavirus’s impact on the economy, “I think it will result in people trying to poach wildlife for food and for sustenance in what I would call non-commercial bushmeat poaching,” says Vigne.

The coronavirus also threatens wildlife directly. In New York’s Bronx Zoo, one tiger was very ill with coronavirus and others exhibited symptoms of the illness. The risk may exist for big cats and other mammals in Africa, too, and could be greatest for our closest cousins, primates.

Already in places like Rwanda, tourists have long been barred from visiting the mountain gorillas if they had a cold. With humans sharing over 98 percent of the same genes as gorillas, the risk of passing on an illness to them is considerable. 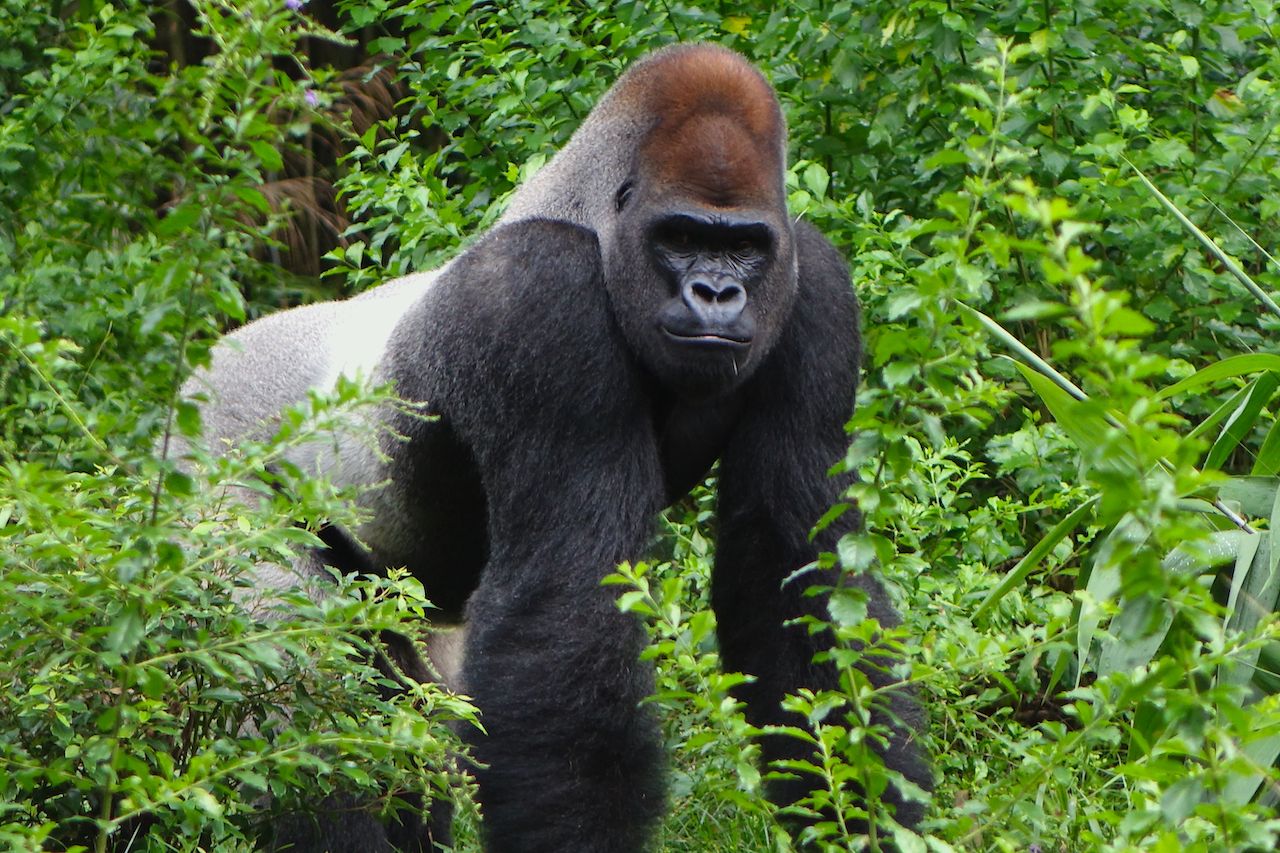 Despite the economic impact on conservancies and national parks, the threat of poaching, and the direct risk of the virus to Africa’s animals, the coronavirus has brought a tiny bit of good news and a little bit of hope.

For one, the absence of tourist traffic has reduced the pressure of people and pollution on busy parks like South Africa’s famed Kruger National Park, says Milburn. Add in the current, albeit temporary, lull in poaching, and it’s been a “short term win for the rhinos,” he says. More significantly, Milburn is hopeful that the current pandemic is finally what it will take to end the wildlife trade.

“If they’re banning the trade and the consumption of these animals in the East, it’ll have a massive impact on what we’re doing in Africa,” says Miburn. Milburn says that the huge amount of resources dedicated to protecting animals — up to 70 percent of operating budgets — could be spent instead on developing other parks and more productive uses. “That’s what I’m excited about: the long term impact,” he adds.

There are hopeful signs that’s already happening. Knights, whose organization is dedicated to ending the illegal wildlife trade, says, “The good news is that we think that there will be restrictions on wildlife going forward. The Chinese have already published a list — a list that’s much, much shorter than they’ve had before — of species that will be allowed to be bred or consumed.” The list is still longer than it could be, but it’s a start.

And in a statement on April 22, the US Secretary of State Mike Pompei cited the link between the sale of wildlife and disease, calling on China to “permanently close its wildlife wet markets and all markets that sell illegal wildlife.”

“I see efficiency developing within the world of conservation and innovation to make money where tourists don’t exist. So that’s a good thing, to strengthen the business, if I can put it that way, for the longer-term future,” says Vigne.

For their part, Ol Pejeta had already been thinking of new ways to expand their revenue and share their treasures with the wider world. “We’re home to the last two northern white rhinos left on the planet, so we’re doing a virtual classroom where we’re targeting school kids, where we take rhinos to them, because they can’t come here,” says Vigne.

In addition to that, Ol Pejeta has “Sofa Safaris” where you can log on and follow the same guides as they do a game drive every day between four and six in the afternoon. You can be sitting in your apartment and see what guides are doing and what animals they see.

“We’ve always recognized, there’s a limited number of people we can accommodate in this conservation area on a daily/yearly basis. If we’re going to continue to grow our business, then we’re going to have to find other ways of people having access here without necessarily coming in person,” says Vigne. 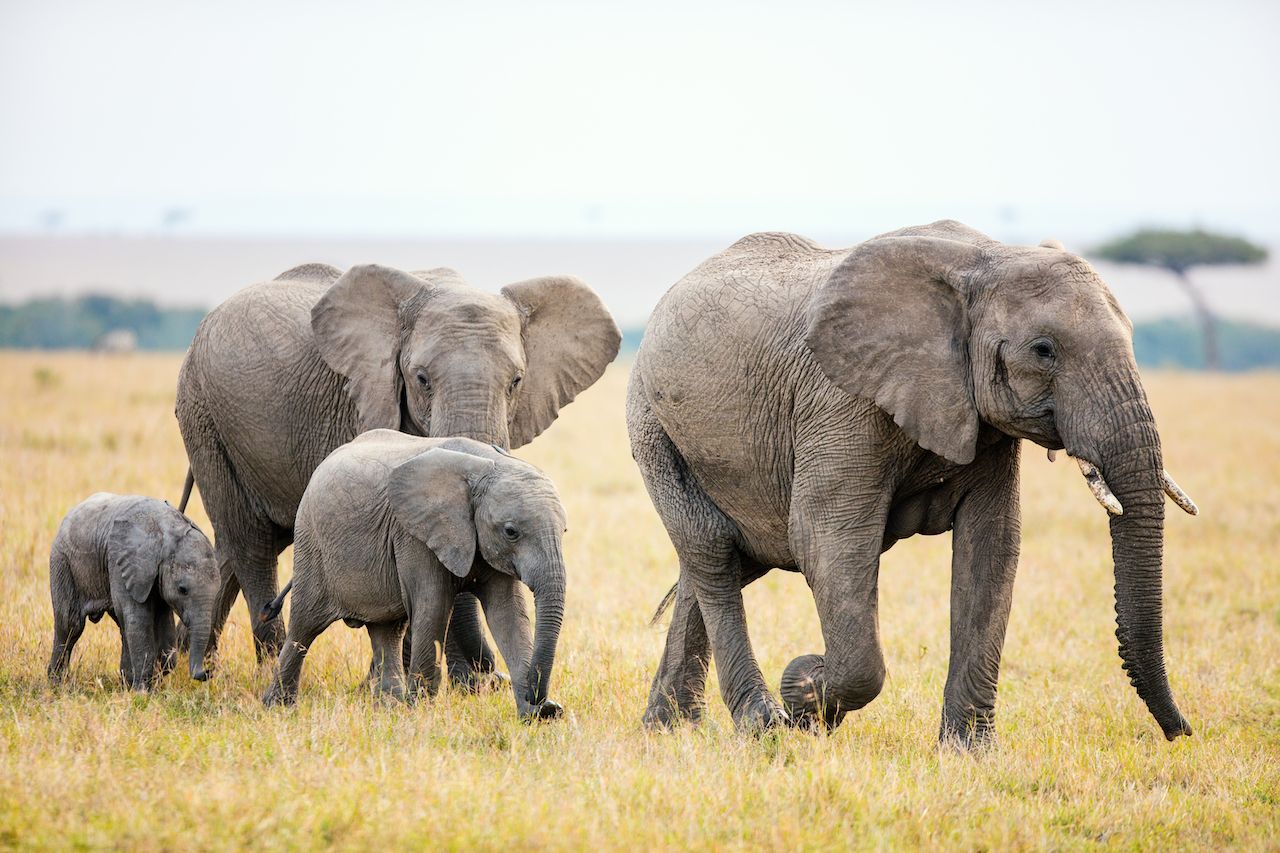 Ol Pejeta’s approach is a creative way to get people involved in the care of animals, even when they can’t get on a plane and support conservation efforts with their tourist money.

Certainly you can look for organizations that are working on behalf of animals — like the Aspinall Foundation, Ol Pejeta, or WildAid — and send them a donation, if you are fortunate enough to be able to afford one in these tough times. Your money is definitely needed and welcome.

You can also take some time to analyze your own habits and ensure you aren’t supporting that illegal wildlife trade by buying clothing that doesn’t use animal products obtained from endangered species and seeking out only certified goods. You can make sure adopt local pets that are in-need, eco-friendly and sustainable (ie. not tigers), and you can petition your government to not support the illegal trade in ivory, for example.

But you can also connect with conservation groups in a more thoughtful way. The idea of a sofa safari, says Vigne, predated the coronavirus. “A virtual safari where a person in New York can literally sit at their desk and they can for $5 a month or whatever, tap into sofa safari, and go on a game drive with us, even though they’re not here — they see the same staff and have an interesting experience.”

Vigne says that things like the Sofa Safari allow others to engage with the conservancy on a regular basis. “So we give something back, they hopefully get some enjoyment, and we get a little bit of cash from each one of them — hopefully enough of them to make a major difference,” he says.

And, of course, there will be a time after the virus. Although travelers aren’t coming now, Vigne says they haven’t canceled their safari vacations, merely postponed them. This seems to be true across Africa. When visitors are ready to come back, the parks and reserves in Africa — with their guides and other employees and the impressive animals within them — will be ready to receive them.

Sustainability5 Quick Actions You Can Take To Protect Public Lands Under Attack
Tagged
COVID-19 Sustainability Wildlife Africa
What did you think of this story?
Meh
Good
Awesome