Any of London’s 3,000 parks offer a dose of nature. Forty percent of its acreage is open space, making the city one of the greenest major urban hubs in the world. Even more fascinating is that pockets of ancient woodland still exist within the capital’s boundaries. London is the world’s largest urban forest, all 388,400 acres of it. We don’t just mean a concrete forest, though there’s plenty of that, but an actual forest — made of some 8.4 million trees. Someone counted. That means there’s no reason to rub shoulders with fellow joggers vying for your turf. Not when there are acres upon acres of forests to get lost in. The next time you’re looking for an urban getaway in London, head to the forest. 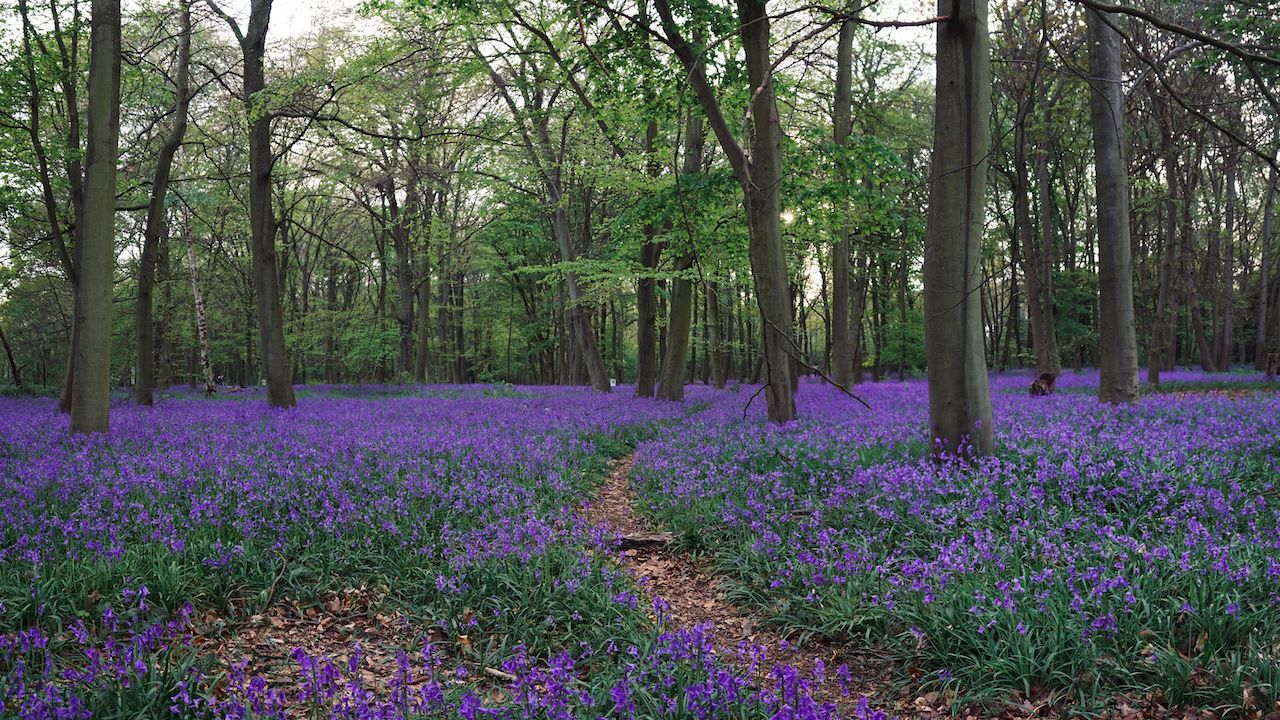 Epping Forest is first up on the list, in part due to its sheer size. It covers roughly 6,000 acres of terrain. London shares joint custody of this forest with Essex, its 12 miles of natural landscape, wetlands, grassland, ponds, and bogs stretching from Chingford, past Loughton, and up to Theydon Bois.

Back when knocking another guy off a horse with a massive stick was considered the height of entertainment, Epping Forest was declared a royal hunting ground. Basically, it was the king’s personal playground where he got the first pick of game. Or mutton. Or whatever it else was on the table back then. Then, in 1543, Henry VIII built Queen Elizabeth’s Hunting Lodge, a surviving timber structure still standing today. It’s located on the southern tip of the forest, a 10-minute walk from Chingford Rail Station. Tudor exhibitions are hosted on the regular, so it’s the perfect starting point to get a feel for the forest before you strap on your hiking boots.

To explore the forest, start at Queen Elizabeth’s Hunting Lodge and keep walking until you get to Connaught Water, a large lake on the outskirts of Epping Forest. From here, carry on to the east through the fringes of trees, where you’ll be met with the sound of bubbling streams. Follow the marked trails, sidelined by massive gnarly oaks, until you reach the Lost Pond. Don’t be put off if you don’t see any Fallow or Muntjac deer the moment you get there; they’re shy. Stay put and admire the beds of moss, bracken, and fern. You’re likely to see one eventually.

There’s no shortage of camping sites in the area, easily accessible by car or bicycle. If you do stay the night, Epping Forest is the perfect spot to observe the night sky. The airfield that’s located nearby will make for some unforgettable stargazing moments. 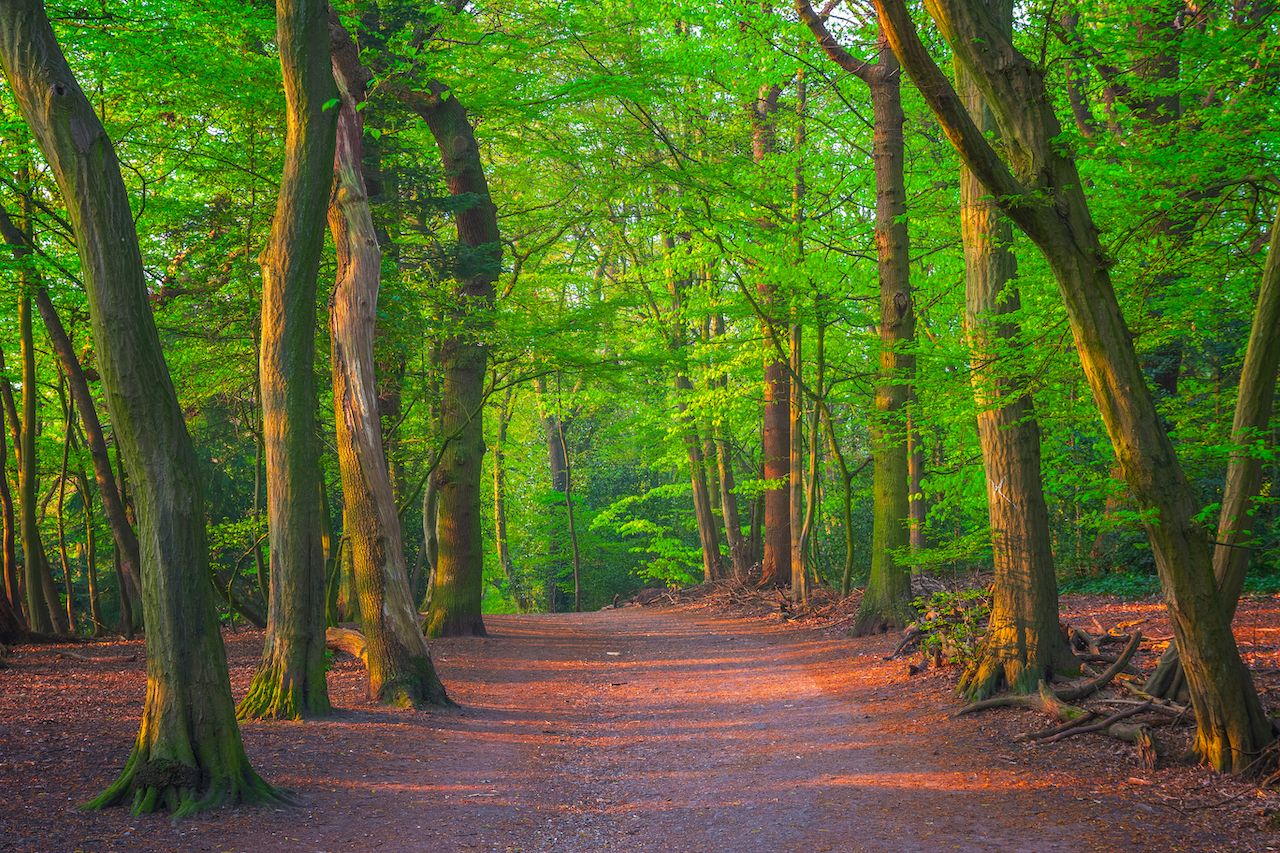 North London’s Highgate Wood is actually smaller than the more popular Hampstead Heath, but that’s not the point. Highgate Wood sits between Muswell Hill and Highgate Station, the only forest that’s survived the rapid growth of London’s suburbia. It’s joined to Queen’s Wood via a trail known as the Capital Ring.

Prehistoric flints have been discovered here during excavations, and archaeologists have established that the forest was used to make pottery way back in the first century, during the Roman era. That ceramic pot you’ve just tripped over isn’t someone’s leftover picnic scraps.

The forest’s fauna is predominantly made up of beech, hornbeam, and oak, though for a few weeks every year (normally towards the end of April) bluebells bloom, and the forest floor is transformed into a blanket of pretty lilac. Start your walk at Gypsy Gate and cross the massive clearing used as sports grounds (where zip-lining prevails) then head to The Hollies, a bird sanctuary with over 70 different species. If you’re more of a night owl, you can join the wood’s warden on one of his evening strolls to spot nocturnal creatures like bats and badgers. 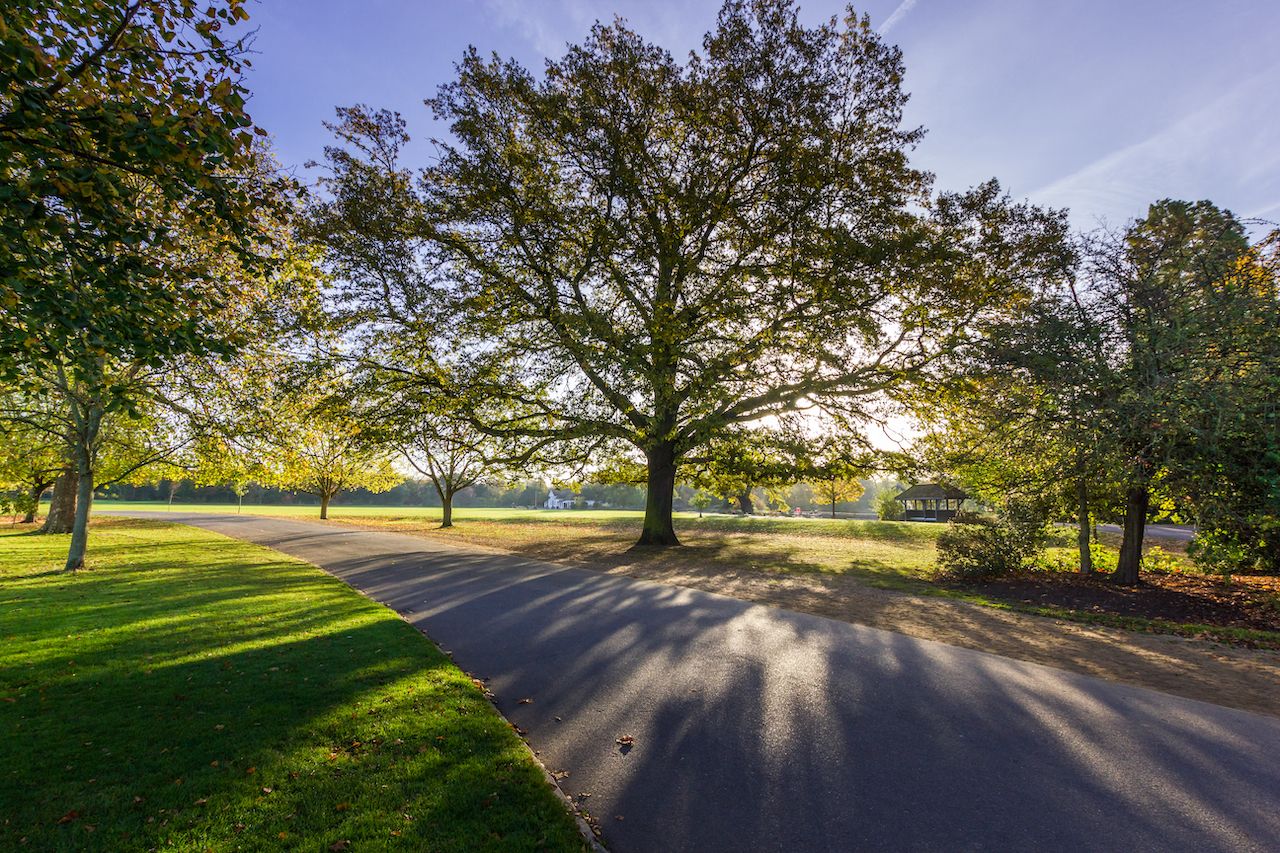 Located in South London’s Dulwich, Sydenham Hill Wood sits on the site of a former railway line and is roughly 24 acres in size. It’s the last remaining swathe of the Great North Wood, an ancient forest that once stretched from Deptford all the way to Selhurst. The most popular trail here, known as Cox’s Walk, takes you across a footbridge over the disused railway track and past a closed tunnel, which is now a bat roost. (Nature always finds a way.)

Back in its heyday during the mid- to late 1800s, the walk was the subject of much artistic scrutiny — this painting from 1871 standing as a prime example — and although the view has changed, the trees have not. You’ll be walking under oaks so old they creak and moan in the breeze. Stay still long enough, and the forest floor will become alive with foxes, rabbits, and the odd surprised deer. Woodpeckers, owls, and bats haunt tree canopies, while rare fungi and mushrooms can be found in their moist crevices.

Dulwich Wood lies adjacent to Sydenham Hill Wood, the two woodlands interlinking with trails snaking through them. Once you venture into Dulwich Wood, you’ll come across the ruins of a folly, a Victorian garden feature, lying hidden in an enclosure of trees. The trees and folly are the leftovers of a once-grand estate known as Fairwood, which, for a time, housed the Lord Mayor of London. 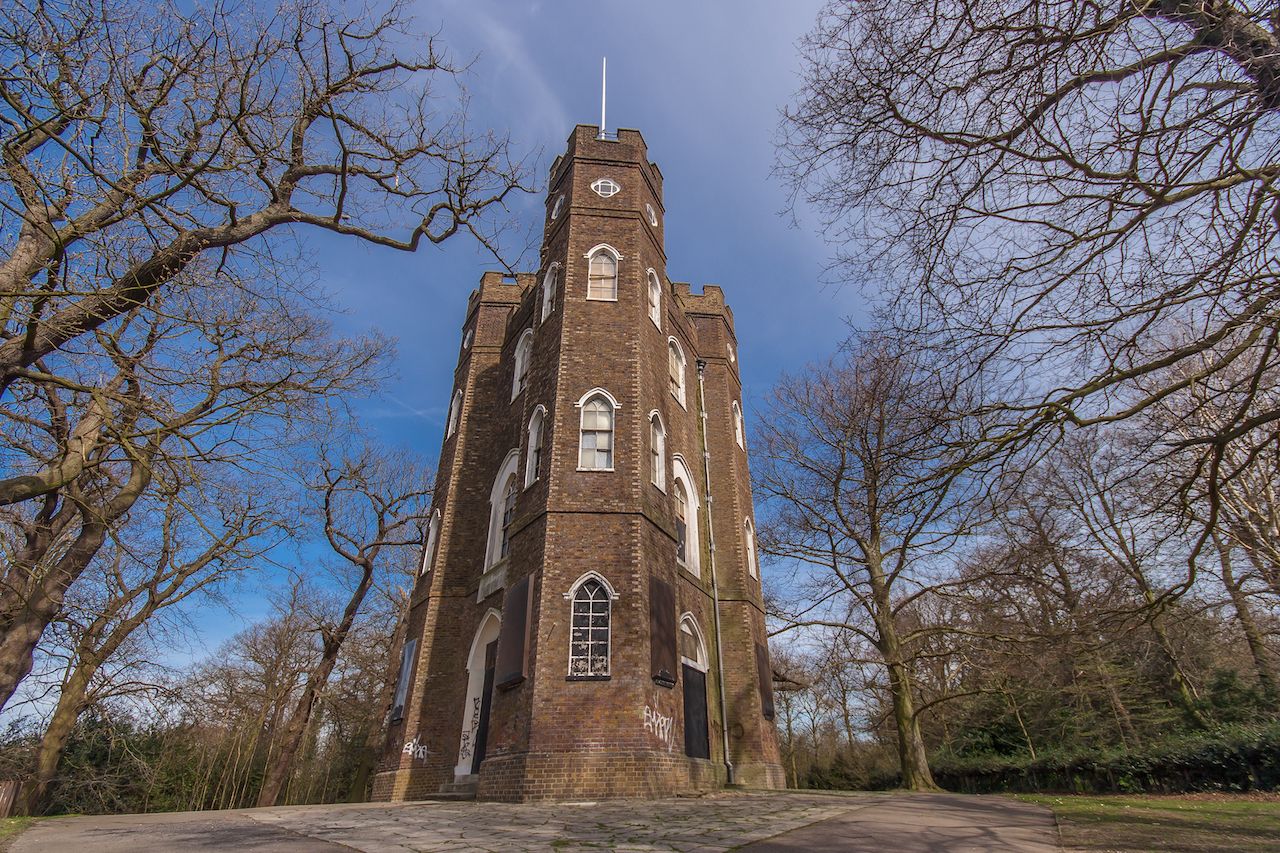 The area is considered a Site of Special Scientific Interest because of the impressive trees that inhabit it, including oak, silver birch, hazel, and hornbeam. You’ll be privy to stunning views across Oxlea meadows, which offer acres and acres of open grassland. If you want to get stuck into nature, make a pitstop at the Oxleas Wood Apiary, the bee farm that has created a lot of buzz with its beekeeping courses.

If you follow the trails all the way up Shooter’s Hill, you’ll also come across Severndroog Castle, built in the 18th century and listed as a Grade II building — which is a note to its historical significance. The gothic tower offers panoramic views of London. Just a word of warning: It’s a steep climb. We won’t judge if you need to stop to catch your breath on the way up.