For those seeking cultural experiences in their 2021 travels, you’ll be elated to know that some of the most long-awaited and celebrated curatorial institutions will finally be opening their doors next year. Though for some the goal of a 2021 open was planned from inception, many of these facilities were directly impacted by the COVID-19 pandemic, halting construction efforts, installations, and projects for several months.

But despite all the delays and complications, we’re getting some incredible contributions to our collective heritage around the world. You may already have some of these on your radar, but in case you didn’t hear the news, here are some of the most important museums opening in 2021. Whether you’re into design, fine art, or digital media, you’re bound to find something new for your bucket list. 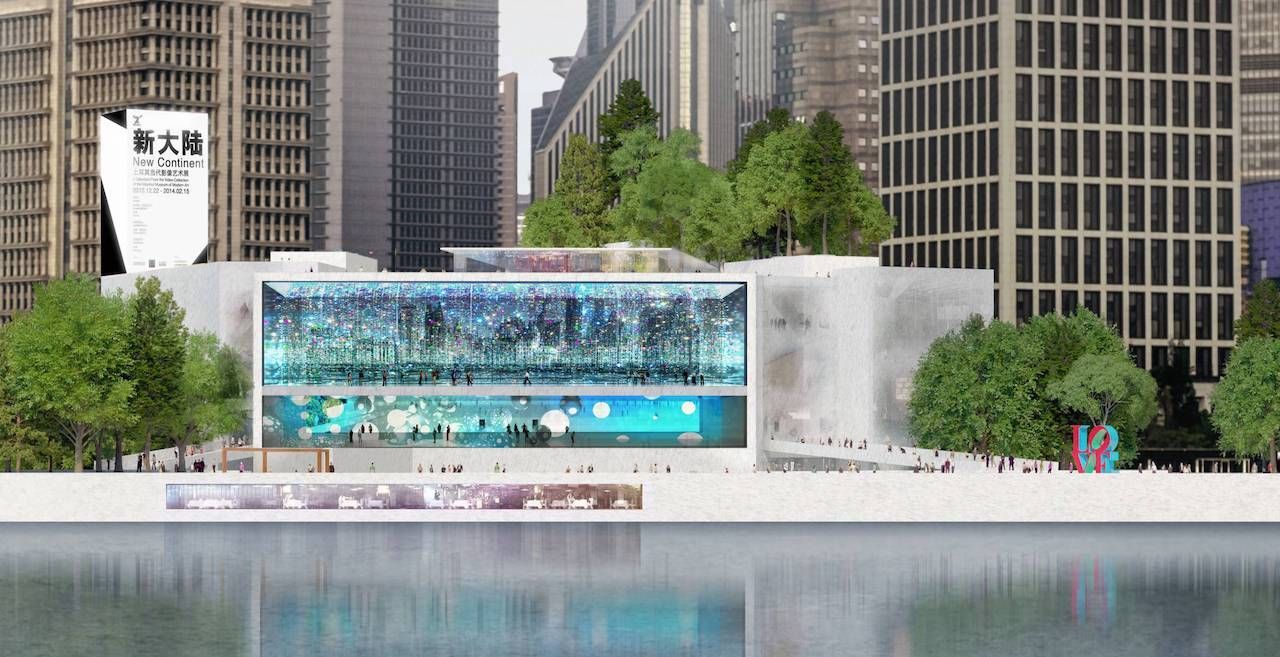 A part of China’s state-run, many-years-long plan for the revivification of arts and culture in the nation, The Pudong Museum of Art will serve as the arm that intends to display international fine art in concert with its collaborations with other storied institutions around the world. Situated on a prime plot of land, immediately adjacent to the Yangtze and next to the iconic Oriental Pearl Tower, the new museum will anchor the East Bund riverside Arts and Culture District in Shanghai’s “new” Pudong.

Designed by Jean Nouvel, who is known for his work on the Louvre in Abu Dhabi and the National Museum of Qatar in Doha, the new museum is a six-story building with over 400,000 square feet of exhibition space. Entire sections of the walls facing the river are composed of glass, so the interior of the building will be visible from the Bund riverwalk on the other side.

The most auspicious partnership yet brokered for the new museum is with Britain’s legendary Tate institution. They are slated to provide the first international exhibition after the museum’s completion and offer guidance for education programs and exhibition curation utilizing their considerable experience overseeing four museums in the UK. 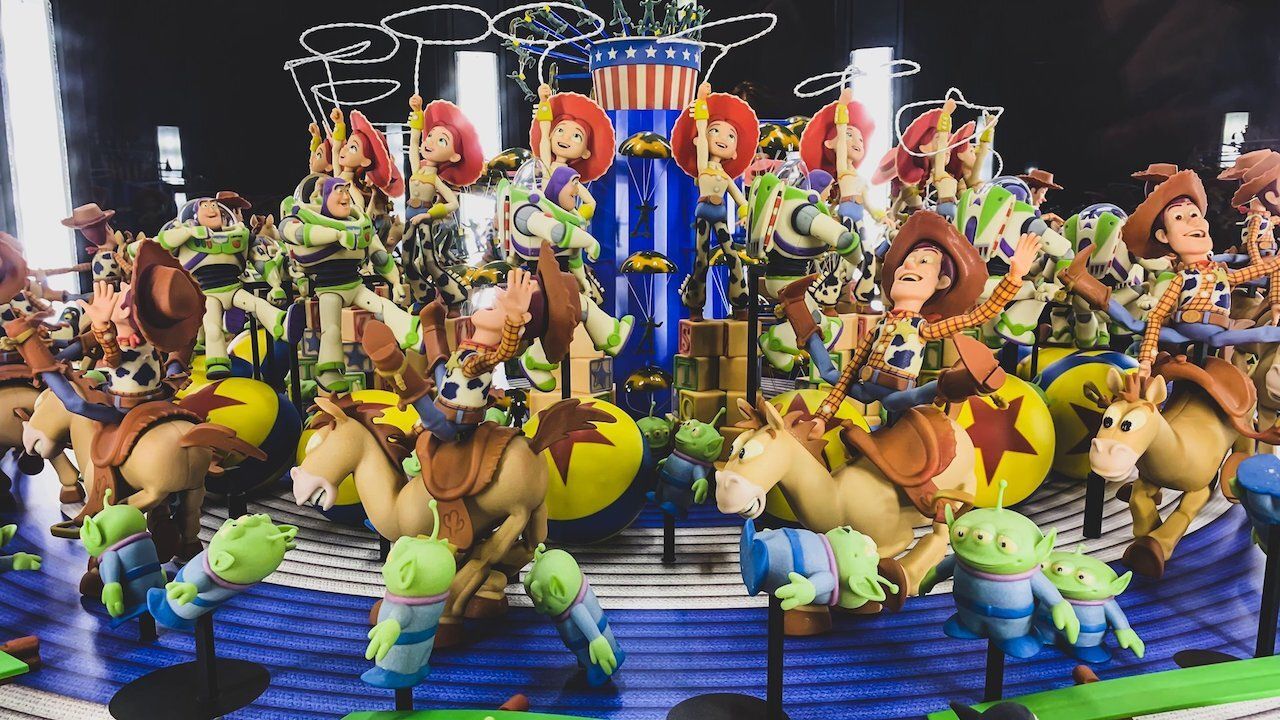 The brainchild of the Academy of Motion Picture Arts and Sciences — the organization that produces the Oscars — the Academy Museum of Motion Pictures was first announced back in 2012. It will be the first large-scale institution of its kind in the United States, housing objects and media exploring the business, history, and craft of film. Though certainly its location would dictate a focus on Hollywood productions, their mission statement assures that it will serve to highlight the contributions film has made to our collective culture from around the world.

Internal issues with staff up to and including a highly publicized sex scandal, issues with meeting codes, and securing permits have pushed back the opening several times since the original date was set for 2017. The delays were so numerous that in 2019, Vanity Fair contributor Laura Bradley mused just after the delay to 2020 was announced, “Are we absolutely positive that the Academy Museum is not, in fact, some kind of hoax?” Though a “final” opening date was secured for December 2020, as announced by Tom Hanks at the 92nd Academy Awards, complications arose from the pandemic that pushed the opening again.

As of right now, it appears that the museum will be “finally” opening April 30, 2021, under the creative direction of newly appointed Bill Kramer. The date was picked to coincide with the similarly delayed 93rd Academy Awards. Some items in their permanent collection include the typewriter Alfred Hitchcock used to write Psycho, the Aries 1B model from 2001: A Space Odyssey, and “Bruce,” a replica of the animatronic shark used in Jaws. 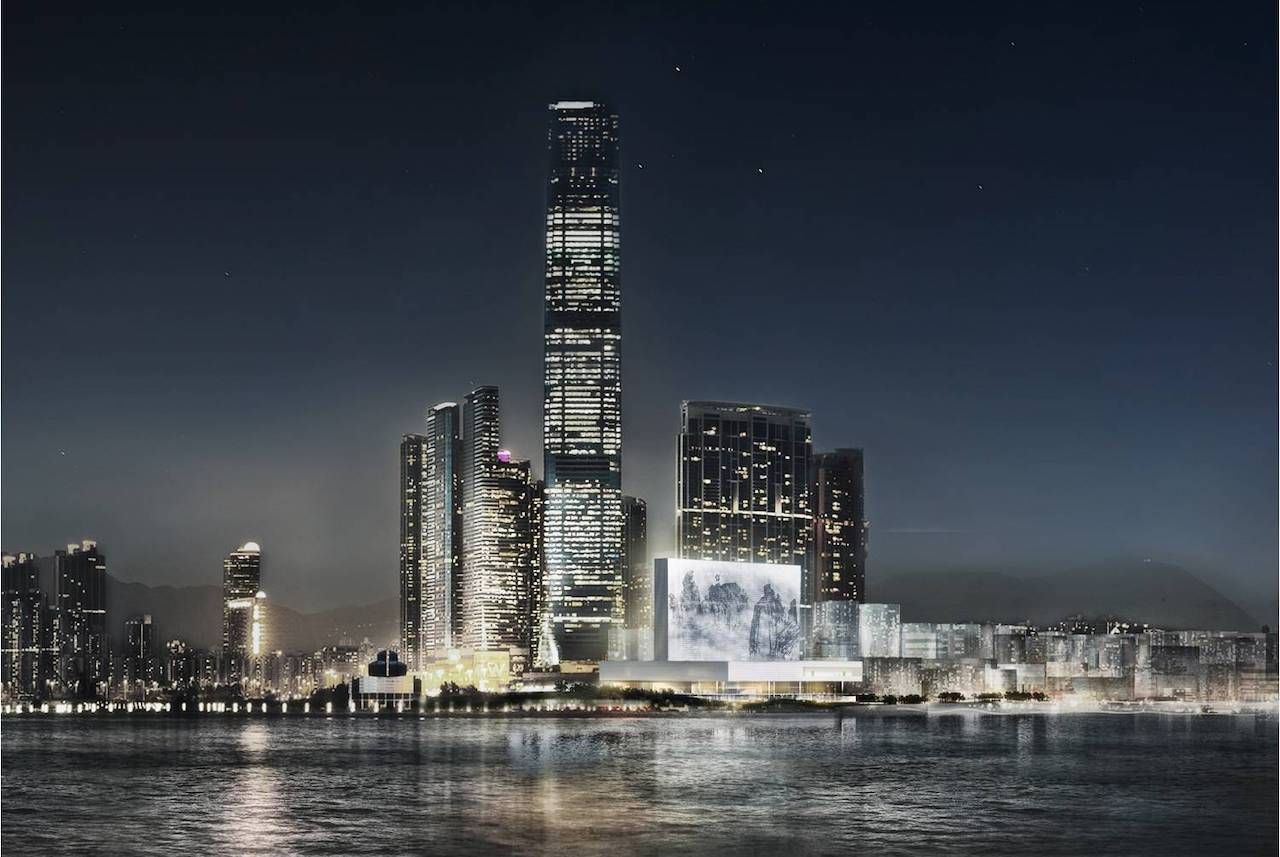 Billed as a museum of visual culture, M+ aims to be much more than simply a contemporary art museum. It describes its mission as being “dedicated to collecting, exhibiting, and interpreting visual culture of the 20th and 21st centuries” and intends to supplement its physical collection with exhibitions, screenings, workshops, and panels.

When the physical space is completed, it will be the keystone in the wider West Kowloon Cultural District development project, which seeks to turn this reclaimed Hong Kong neighborhood into a hub for arts and culture. While the museum, as a concept, has been around since 2016, operating out of the M+ Pavilion, when its main site opens in 2021, the majority of the programs currently running will move to the new site while the pavilion will remain an exhibition and performance space.

If you can’t make it to Hong Kong, or simply don’t want to wait for it to open, the museum’s creative direction has already put a considerable amount of its offerings online. You can view and peruse collections, attend online events, and even participate in workshops from anywhere in the world. 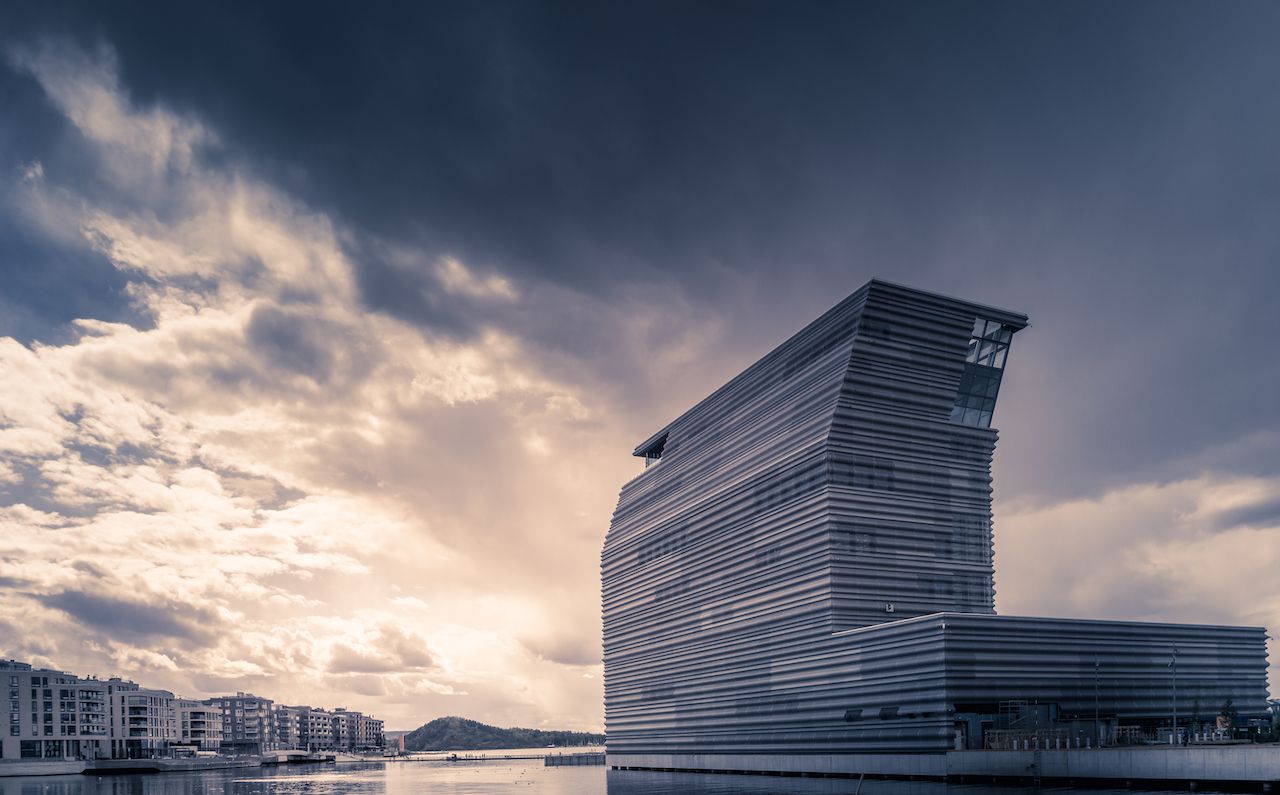 In a not un-fraught decision, the new site for the much anticipated new iteration of the Munchmuseet was finally chosen because its position would render it visible from many parts of Oslo. Nearly completed adjacent to the Bjørvika Bay and quickly approaching its opening date, the new tower is in Oslo to stay though the design has infamously divided the populace between devotion and derision.

Juan Herreros, one of the architects responsible for the buildings’ design and execution, said, as if he was the building itself speaking, “I hold the legacy of the most important artist in Norway’s history, and I gaze entranced at Oslo and the fjord because it is the city and its collective dreams that have built me.” It is a poetic and lofty ideal to uphold with a single building, but its ingenious design of reflective walls that mirror the changing vistas of the bay, and its slanting, seemingly impossible apex that will forever change Oslo’s skyline come extraordinarily close.

Though the Munchmuseet has technically already existed since the institution was first inaugurated in 1963, the former building was never up to the standard that the late artist himself stipulated in his will. Additional challenges relating to administrative space and security have long pressed a new venue, especially after the theft of Munch’s two most important works, “The Scream,” and “Madonna,” in 2004. Though they were eventually recovered after an over two-year-long manhunt, this new outlet will be the first of its kind that both correctly — and safely — houses the treasured legacy of the late artist.

Also unlike the former venue in Tøyen, the new Munchmuseet is so large it will house rotating exhibitions of domestic and international artists that compliment Munch’s work. This will not only provide a more valuable experience for visitors but in a practical sense of curatorial practice, it will serve to place the work of Edvard Munch within a visually contextual framework that will showcase his place within the canon of 20th-century art. 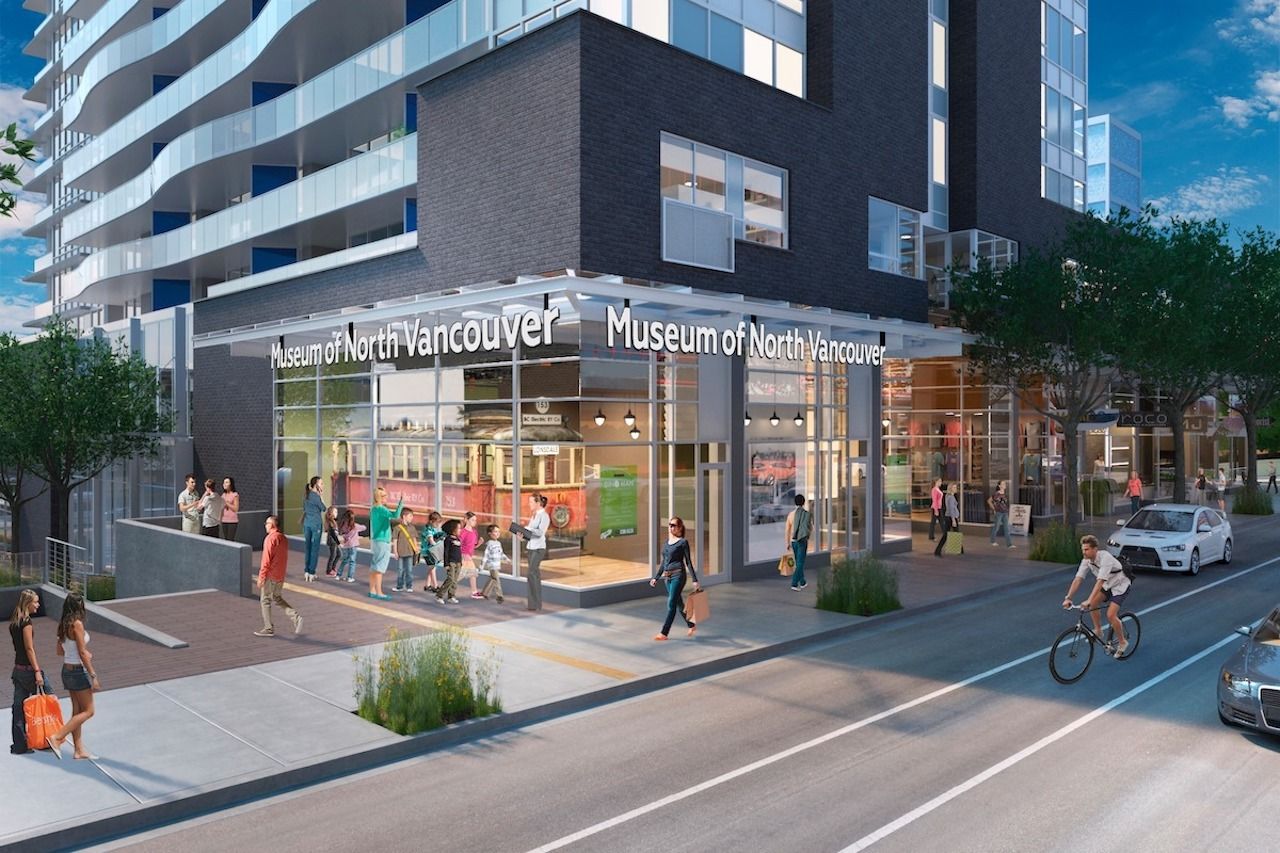 The small community of North Vancouver, a municipality independent of the city of Vancouver, in British Columbia, has long needed a space for its own community to tell its stories and preserve its own unique history. Known as the NVMA, or North Vancouver Museum & Archives in its former iteration, the new space in the historic Shipyards District is where it will formally utilize the name Museum of North Vancouver, or MONOVA going forward, and rebranding itself as a full-fledged museum with a focus on community engagement and creating equitable access to its extensive archives.

The museum has a remarkable and comprehensive plan for growth beginning in 2020, with a huge focus on diversity, inclusion, and preserving the cultural currency of the region. It aims to position itself as a hub for arts and culture in North Vancouver, spearheading events, programs, and community initiatives. It values its position as a steward and archivist of physical cultural artifacts from the community and has invested heavily into creating facilities that will maintain these pieces meticulously. And in lockstep with other progressive Canadian organizations, it dictates that among its guiding principles is “Maintaining strong links with local First Nations,” and promises to “[respond] to the ‘calls to action’ made by the Truth and Reconciliation Commission.”

The culmination of a 48-year history of carefully archiving objects and stories from North Vancouver, this museum aims to be the linchpin in a community reckoning of the divide between settler Canadians and Indigenous people. The new space and direction afford it the opportunity to reconcile its complicity in the subjugation of Indigenous communities and offer more comprehensive offerings going forward. 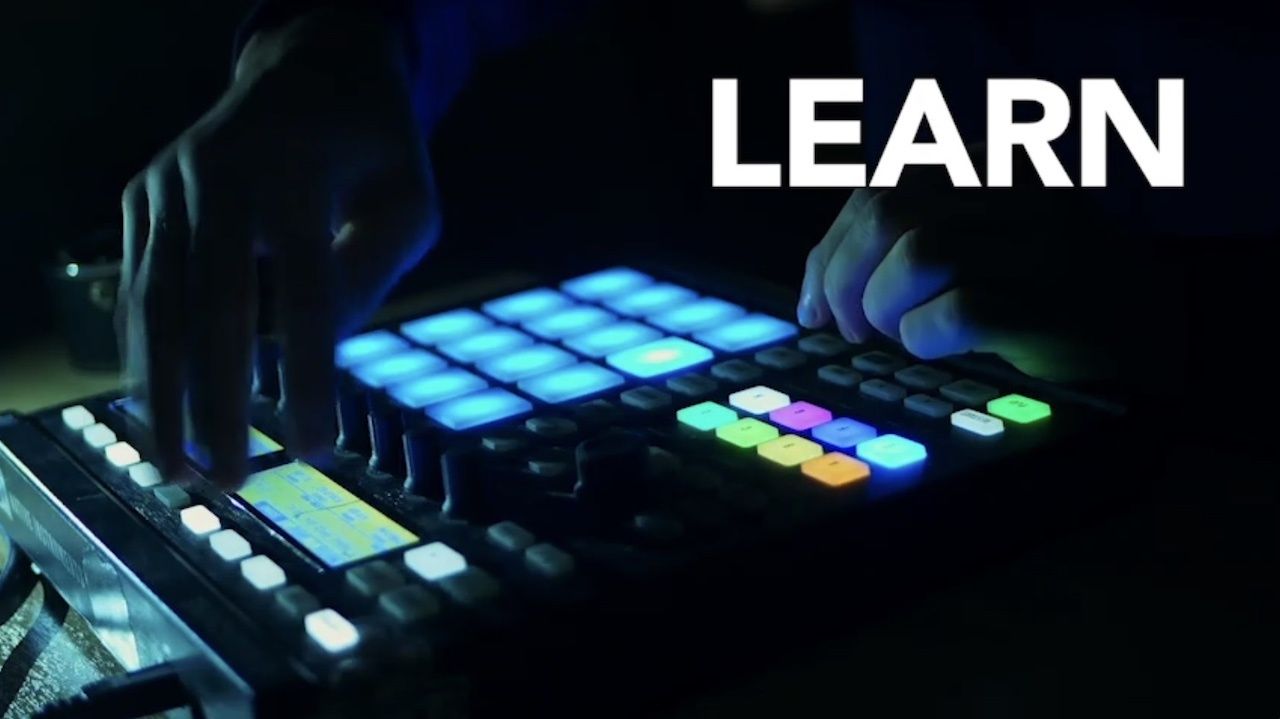 The Avicii Experience will become the touchstone for lovers, fans, and practical students of the late, beloved EDM musician Tim Bergling, otherwise known by his stage name, Avicii. While billed as an “emotional tribute” to his life and work, it will also have many offerings surrounding the larger culture of electronic music.

Operated by Pophouse Entertainment Group, the same folks responsible for the ABBA museum on Djurgården island, the new museum will be a part of the SPACE complex, an upcoming venture that aims to be a center for digital culture in Sweden featuring facilities for gaming, content creation, and other digital media.

The Avicii Experience will feature memorabilia, unseen photographs, and unreleased music from the late artist, promising an immersive experience that chronicles his journey to become one of the worlds’ most renowned musicians. A portion of the proceeds from the Avicii Experience will go to the Tim Bergling foundation, an organization dedicated to our collective responsibility to declare suicide a global health emergency. The foundation also supports causes that were championed by Bergling during his lifetime, like those that support climate change research, combat global hunger, and toward the protection of endangered species. 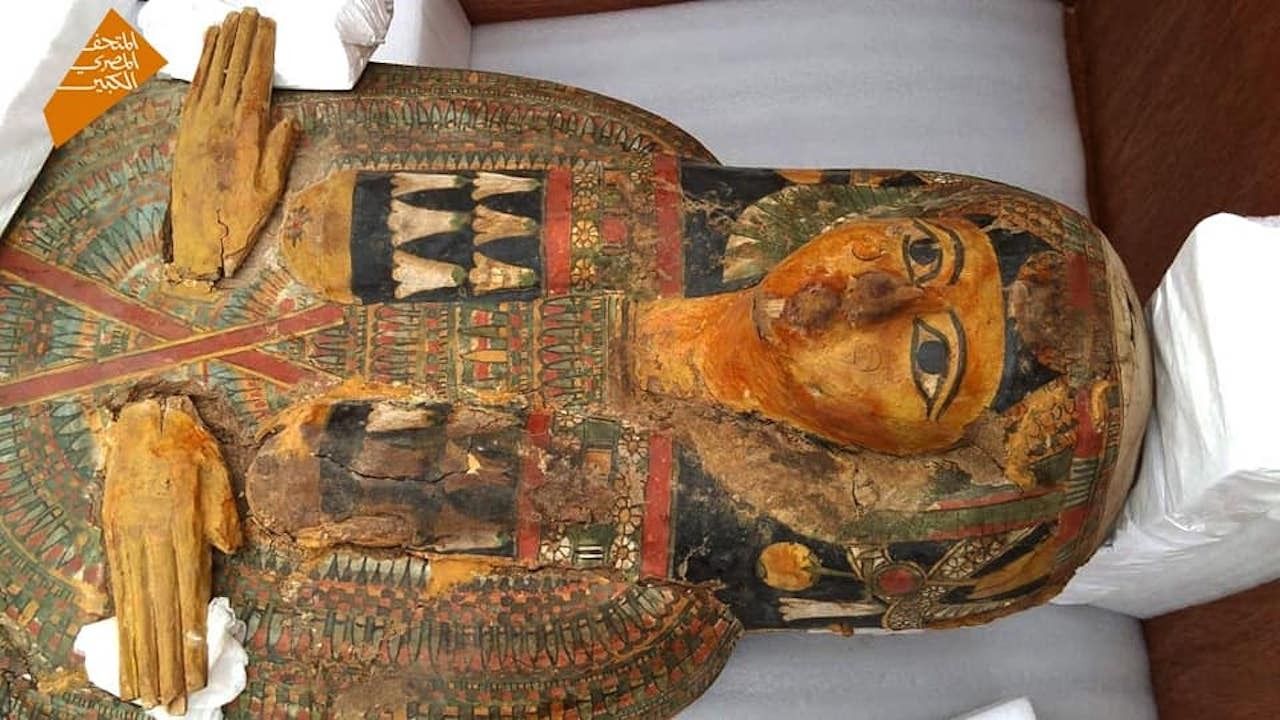 Though construction officially began back in 2002 when then-President Hosni Mubarek himself laid the first stone into the site on the Giza plateau, its completion has been plagued by delays due to construction, revolution, and lack of funds since it was first conceived of back in 1992. But after one seemingly final delay stemming from the COVID-19 pandemic, the opening date was pushed from the last quarter of 2020 to 2021.

When it opens it will be the single largest museum in the world that is focused on a single civilization, and at a total cost of nearly $1 billion, it will be one of the most expensive archival institutions ever created. The buildings’ design was decided with a worldwide competition that garnered over 1,500 entries and took a year to judge, but the winning design was chosen from the Irish firm Heneghan Peng Architects, which received $250,000 for its efforts.

Maybe the most long-awaited facility on this list, it was originally projected to open in 2013. But in 2011, the Egyptian Revolution halted meaningful progress for several years. By 2015, the Minister of Antiquities announced an opening date of 2018, but a fire pushed back progress further, and a new timeline secured around a 2020 opening seemed extremely certain. So certain that the new, supposedly final opening date in 2021 wasn’t set until April when we were already well into the brunt of the pandemic.

But when it does finally open its doors — presumably in June 2021 — it will be an unprecedented achievement in architecture, archival sciences, and multimedia programming, and it will take its place as the unequivocally largest archeological museum in the world. The museum plan will also house a 3D theater and several restaurants. It will hold over 50,000 Egyptian artifacts, 5,000 from the tomb of Tutankhamen alone. It is expected to attract five million visitors annually.

MuseumsCheck Out These Museum Gift Shops for the Most Unique, Artful, and Affordable Presents
Tagged
Art + Architecture Museums
What did you think of this story?
Meh
Good
Awesome