When you hear a bed costs $189,000, it comes with a certain set of expectations. It should look like something a newly paid rapper would show off on Cribs, complete with a solid gold headboard and sapphire tufts. The only other one in the world should be perched atop a 19-star suite somewhere in Dubai. There should be rumors Putin has one, too.

It should look like the inside of a Faberge egg, and come with Scarlett Johansson or Chris Hemsworth under the covers. Just something to signify you’ve dropped the price of a house on a piece of sleeping equipment.

So when I walked into the Hästens Vividus suite at Brickell Mattress — a nondescript storefront in Miami’s gritty Little Havana — you’ll excuse me if I was initially a little underwhelmed.

Instead of the set of Most Expensivest, I stepped into what can best be described as a plush Swedish B&B. The bed was big, fluffy, and painfully inviting, but it was also simple, done up in a blue plaid with a gray headboard and a plain wooden frame. It screamed Scandinavian utility, not ultra-luxury. But as I learned, the world’s most expensive bed is about a lot more than aesthetics. 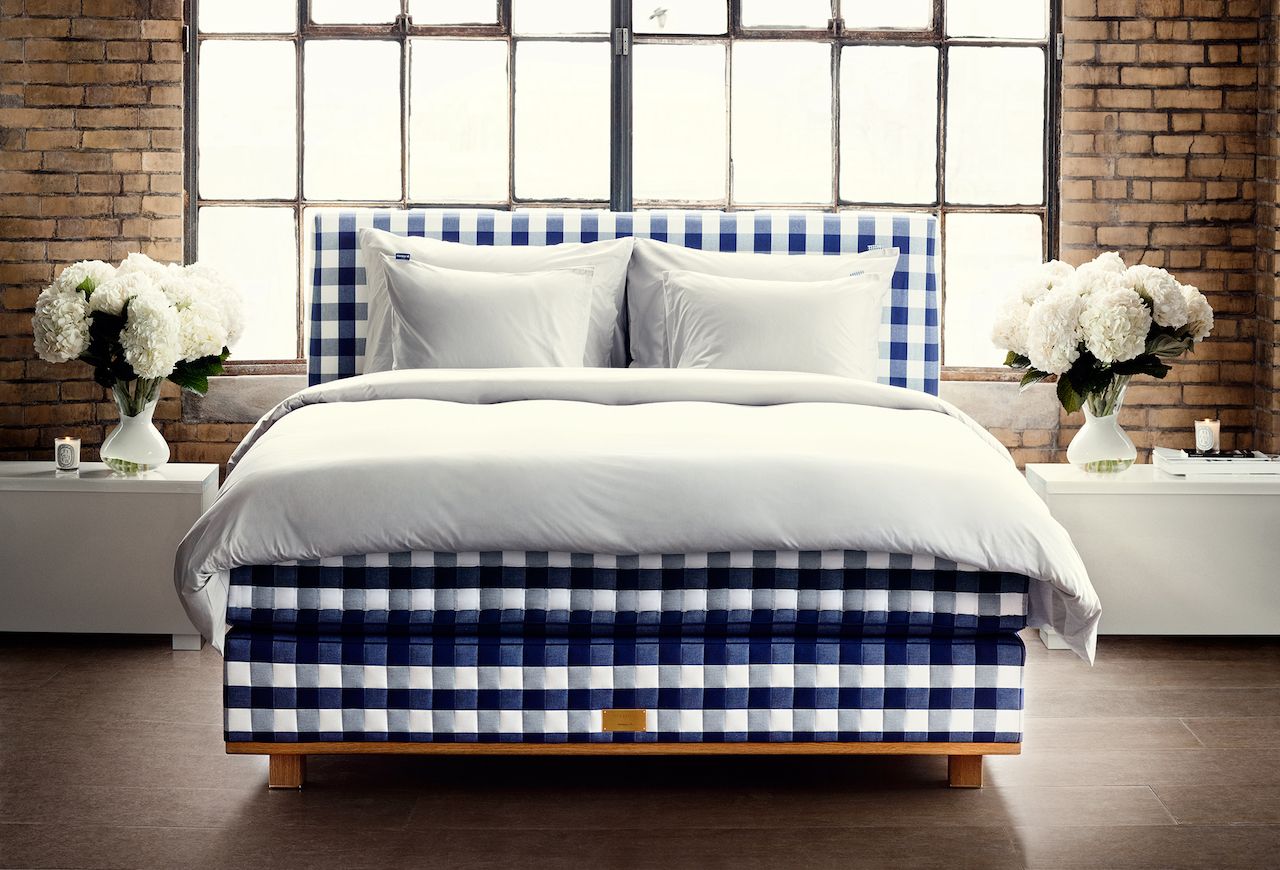 Finding the value in a six-figure bed

For 189 grand, you better sleep like the only thing that’s waking you up is Prince Charming. And that’s exactly what the ultra-luxury Swedish bed-makers at Hästens are going for. The company has been around for 166 years and knows a thing or two about creating good sleep.

“People see the value in spending $189,000 on a car,” said Brickell Mattress founder Matt Byrd, clearly having spent a little too long in South Florida. “But, especially people who don’t have sleep issues, they don’t see the value in spending that on a bed. You spend how long in your car a day, couple hours? When you get great sleep, it changes everything, makes you ready for the day.”

To give people the best preparation for their days possible, Hästens assembled nine of its master craftsmen and planned the bed out for months, Byrd said, before ever coming out with a finished product. The first version of the bed debuted 11 years ago, and took 160 hours to make, a three-mattress tower constructed of woven cotton, flax felt, steel Bonnell springs, oak dowels, Swedish pine, and tightly curled horsetail hair.

The layers stand nearly twice the height of the bed when they’re put together, until they are compressed and hand-tufted to hold it all together.

Today, the bed takes nearly 330 hours to construct. Each year the craftsmen make improvements, meaning the newest bed is always the best bed. Only 70 are made each year, and once they sell out, no more are produced. 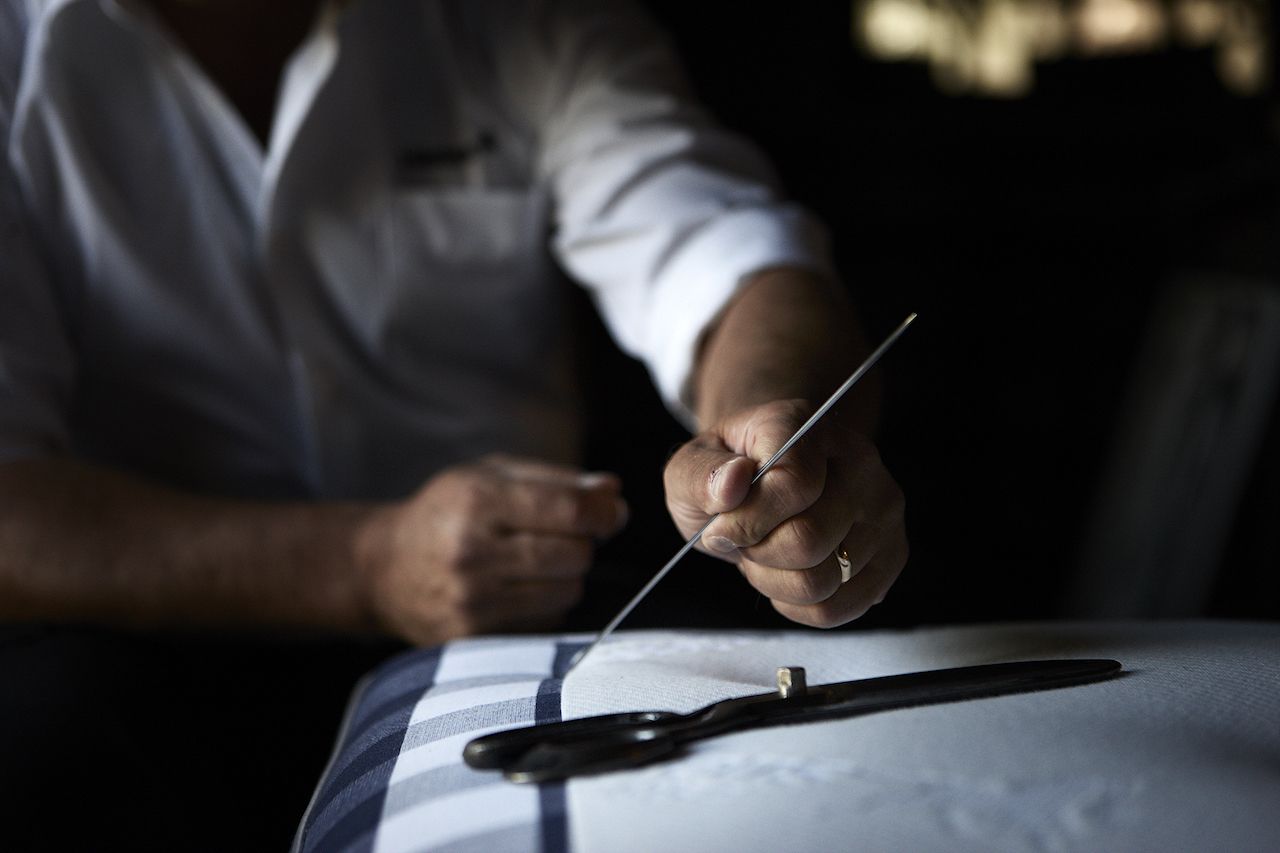 Inside the showroom, Byrd took me to a cutaway of the inside of a similar Hästens bed, where you could feel the coiled horsetail and cotton. It felt a little like smooth steel wool, that same flexible density, minus the sharp edges.

“Take a look at this poster,” Byrd said as he took me to the side of the room, where a poster of a gratuitously naked woman laying on her side on a cutaway of the mattress hangs. “In addition to not having any clothes on, this woman’s spine is in perfect alignment.”

I nodded, trying to ignore the butt crack looking back at me.

“It’s parallel to the floor just as it should be. If this is too firm of a bed, her shoulders aren’t getting down enough, which means her spine is going to tilt up. If it’s too soft, there’s not going to be enough pushback, and the whole body will sag. There’ll be a little bit of dip in the spine, which will ultimately lead to the spine being misaligned again.”

The flexibility and support of the Vividus, he said, allowed it to contour to the body perfectly. I still couldn’t tell how this was any better than memory foam. But that, of course, is why they have the demo suite. 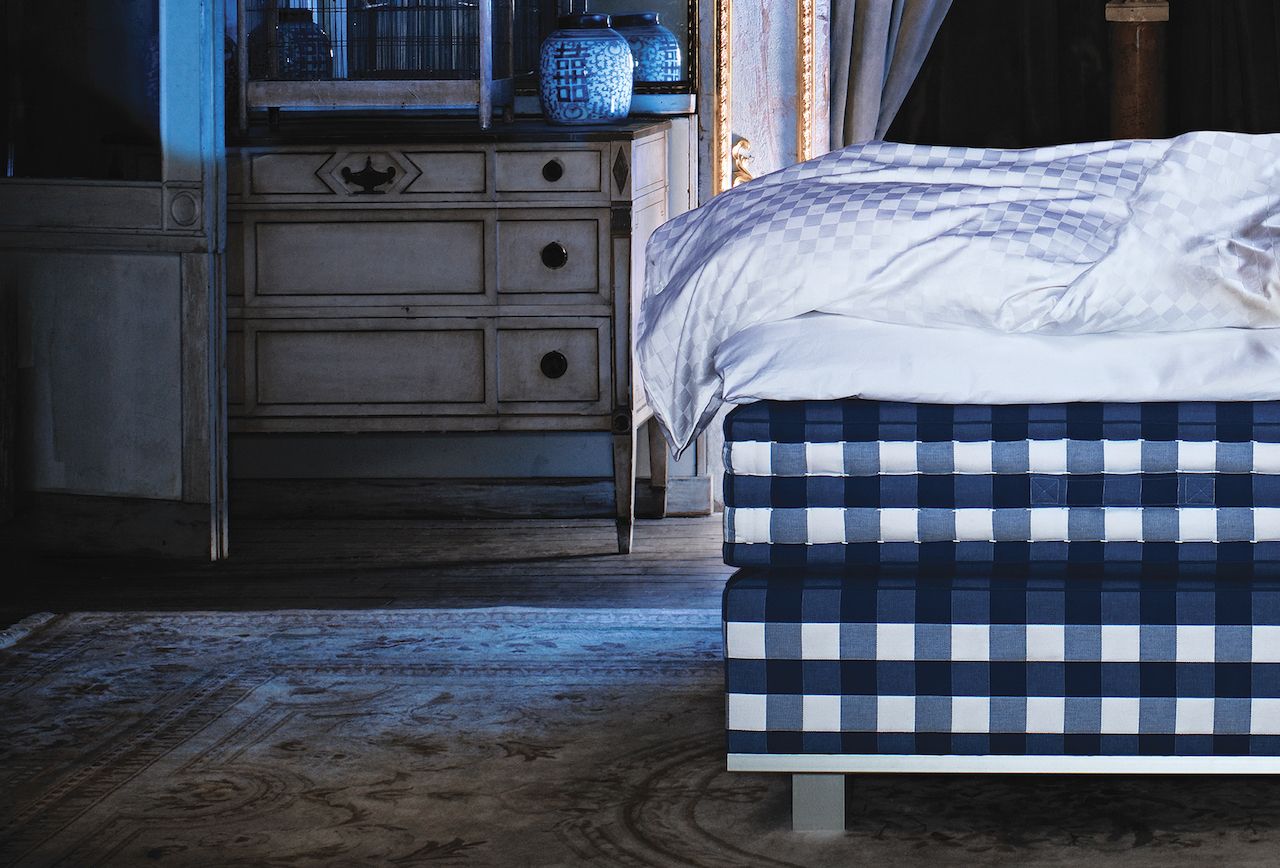 Taking a nap in the world’s most expensive bed

“Go ahead and take off your shoes and get in there,” Byrd said as he directed me toward the Vividus. “And let’s lose that pillow so you can really feel it.”

I kicked off my shoes and laid back in the bed. The horsetail-hair pillow-topper felt like a fuller version of my bed at home. Comfortable, but not necessarily $189,000 comfortable. Then Byrd shut off the lights and closed the door to the suite, leaving me in complete silence and darkness.

I felt myself falling into the mattress, almost like I was becoming immersed in whatever sleepy energy it produced. I had the sensation of sinking a layer or two into the cloudy, dreamy space, but still supported from the bottom. It felt almost like floating a few inches under the water, without the motion. I drifted off, even after having finished a Cuban coffee on the way over.

Five minutes later, when Byrd politely opened the door and woke me up, I felt more refreshed than I had after some full nights in luxury hotels. And was wondering where I might find an extra $189,000 laying around.

“Did you notice anything?” Byrd asked. I told him I felt like I was one with the Vividus. That I’d felt completely weightless and weighted at the same time, in a sort of neutral existence that was completely calm.

“Ah ha. You’re familiar with the concept of grounding, right?” he continued, explaining briefly about the idea of the human body’s electronically conducive contact with the earth, relieving stress, tension, and medical problems. “I didn’t know if I believed it, because we had people come in here and some would actually be cognizant of the effects of grounding. But it’s not a tangible thing that you can reach out and touch per se, so I kind of stayed away from mentioning it.”

He handed me an article on thick bond paper from the Journal of Environmental and Public Health.

“But what we found out was, for people that are experiencing some form of distress, they’re more in tune with the effects of grounding. If they’re carrying that extra charge, they get into a bed that grounds them and it pulls that out,” he continued. “They can actually feel that. Some people explain it as a bit of a tingling feeling. Other people just describe it as an added sense of relaxation. But these beds are actually built with the ability to ground your free radicals, you know, and what is it that does that? Primarily it’s the flax.”

We thumbed through the article, titled “Earthing: Health Implications of Reconnecting the Human Body to the Earth’s Surface Electrons,” which essentially found that in a placebo-controlled study, test subjects put in beds like the Vividus (though not the Vividus itself) 100 percent said they woke up feeling better rested, versus 13 percent for control. Nearly all took less time to fall asleep, had better quality sleep, and awoke with fewer joint pains. The control group didn’t inch much above 13 percent.

The point is, there’s some science behind what a $189,000 bed can do. Whether or not that’s worth the price tag, however, has a lot to do with how much money you can spend. 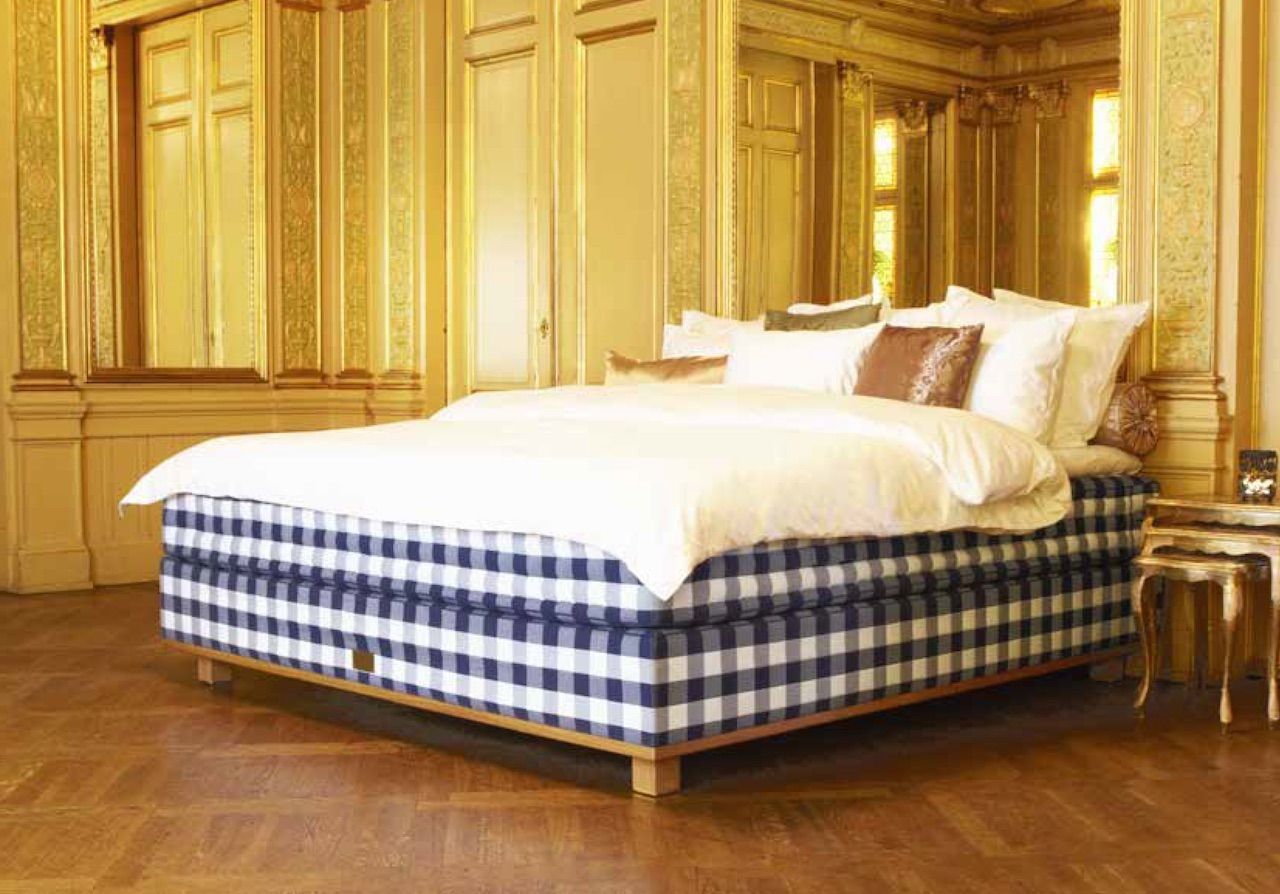 “It’s not just billionaires buying these things,” Byrd said. He told me of a chiropractor and his wife who’d bought two of them, one for each person. Regent Cruise Lines also purchased one for a forthcoming 4,500-square-foot suite. Some luxury hotels also bought a Vividus. “It’s not the real flashy people. It’s not about, what are they going to thing down at the club when they hear I got this. It tends to be people that are more intrinsically motivated.”

He also mentioned a couple of A-list musicians who allegedly travel with them. Later, he called me to tell me he’d met with a wealthy Saudi who was interested in buying a Vividus. It takes all kinds.

Magical as the Vividus was, my old pillow-top Serta still felt pretty good when I got home. Though I would never turn down another chance to nap in the world’s most expensive bed, it’s not something I’d take out a second mortgage to do. That said, if $189,000 to me was a week’s worth of work, it’s definitely a solid investment. Like everything in life, value is relative.

Camping7 Serene, Remote Campgrounds in the US Perfect for a Life Detox
Tagged
Wellness
What did you think of this story?
Meh
Good
Awesome