In the multi-billion-dollar game of tourism, having places for people to cut loose and drink is as important as beaches and chef-driven restaurants. This is the conundrum for much of the Middle East and parts of North Africa, as strict Muslim countries — governed by Sharia law prohibiting any involvement with alcohol – try to develop large-scale tourism. Nearly all of the Muslim countries you’d want to visit have ways for you to drink; you just need to follow an often confusing set of laws to make it happen. Read on further for details on how each country handles alcohol.

Before we start, here are a few guidelines to follow everywhere: 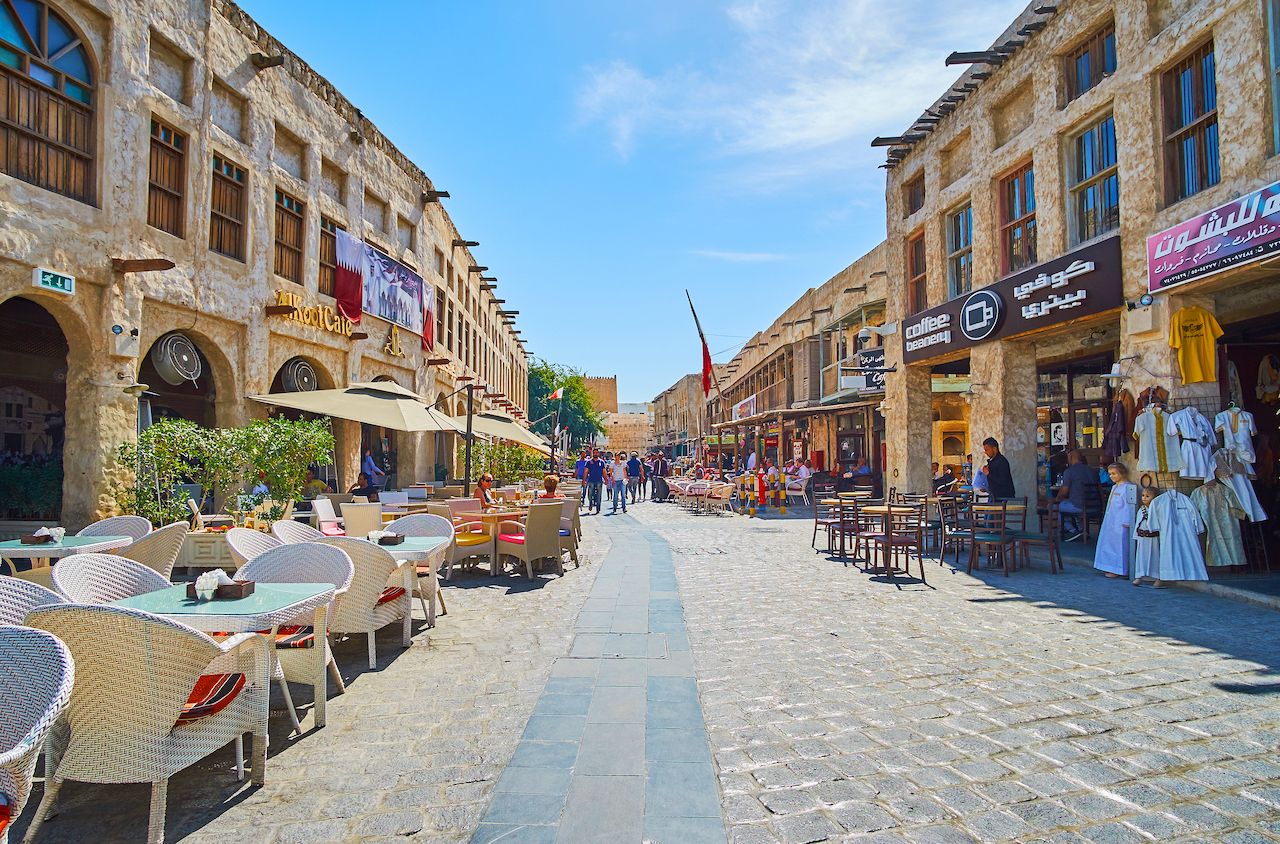 Of all the Arab nations, Qatar faces the biggest dilemma — as it’s the one hosting the FIFA World Cup in three years. In case you’ve never been to the soccer World Cup, a few of the fans like to drink. While the government has said it’ll “relax” some of the laws for the tournament, they haven’t offered up many specifics. But for now, it’s still pretty dicey.

The bulk of the drinking to be done in Qatar is in and around Doha. If you’re 21, or 18 and with someone who’s 21, non-Qataris can drink in the country’s sparse collection of bars. Most of these are in nicer hotels and restaurants, though you might find some standalone bars scattered throughout the city. As a visitor, the only way to buy bottles is at the airport duty-free store.

Buying booze at the country’s lone liquor store, however, is another matter. That’s right, if you want to buy booze to drink at home, there is exactly one store — Qatar Distribution Center — that sells it. You must have a license to purchase, a privilege only permanent, non-Qatari born residents can enjoy provided they have a letter from their employer saying they approve of the license.

Said expat must then go through a short interview — similar to what you might find at TSA PreCheck — and prove how much money they make and if they have a family. This determines how much you’re allowed to purchase, as Qatar wants to ensure you’re not blowing your kids’ college fund on Malort. And, you’ll need to give a deposit of a few hundred dollars, which you lose if you’re caught giving alcohol to anyone other than family.

Muslims, regardless of nationality, are not allowed to apply.

Be advised bars and the liquor store aren’t open during Ramadan, and in the days leading up to the holy month, lines to buy tend to be quite long. Also, the country just implemented a 100 percent tax on alcohol, so be ready to shell out some dough. 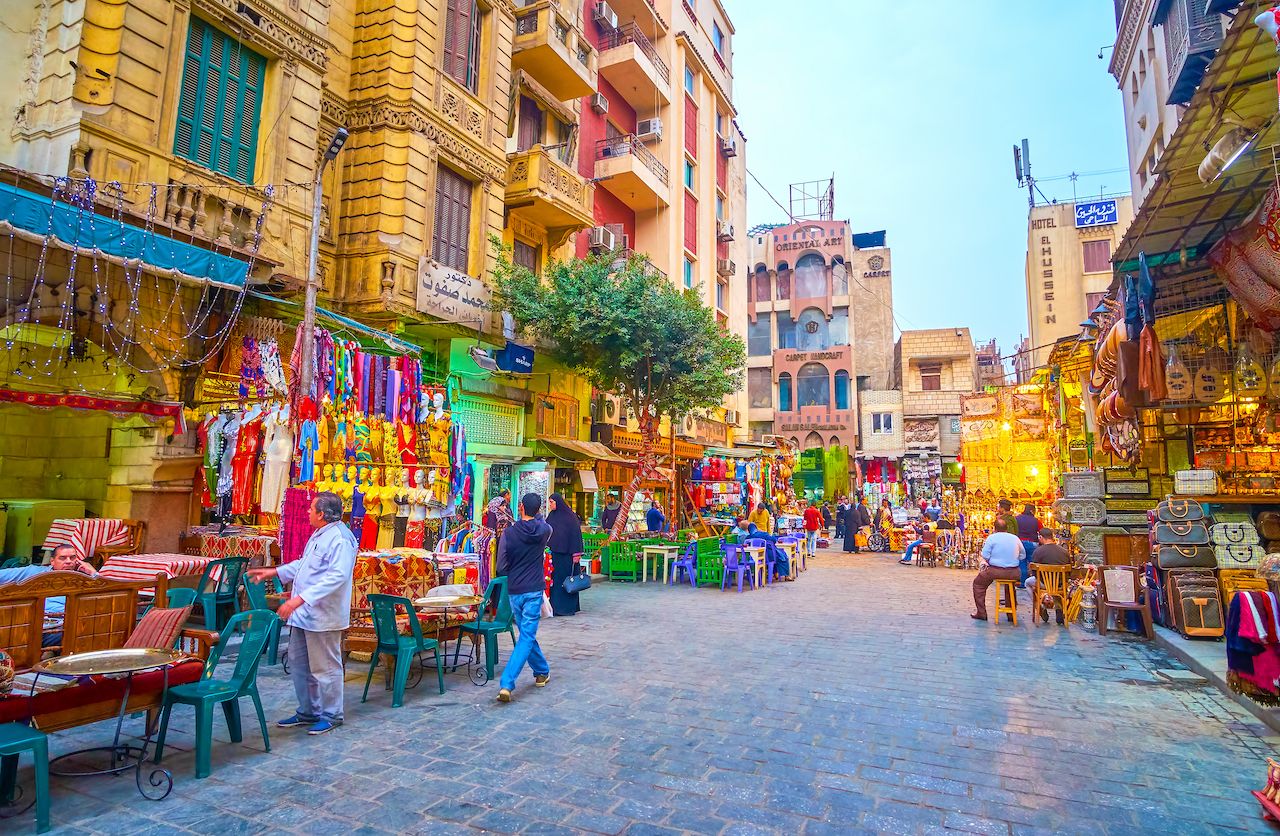 Egypt, like other more Westernized Arab countries, has fairly open liquor laws, so much so that you might not initially notice anything different. Though most of the bars, clubs, and liquor stores are limited to nicer parts of cities, it’s not hard to find a beer in Egypt, particularly in areas frequented by tourists and in high-end hotels. Officially, the country prohibits the sale of alcohol in public places and shops, but there are still liquor stores throughout the country. The law only succeeded in making new liquor licenses nearly impossible to obtain for retailers.

Despite a 1973 law that prohibited the sale of alcohol to Egyptians — regardless of religion — during Ramadan, foreigners won’t have much trouble obtaining it. Just remember that the drinking age is still 18, and you must stay in control of your drinking to avoid any trouble. 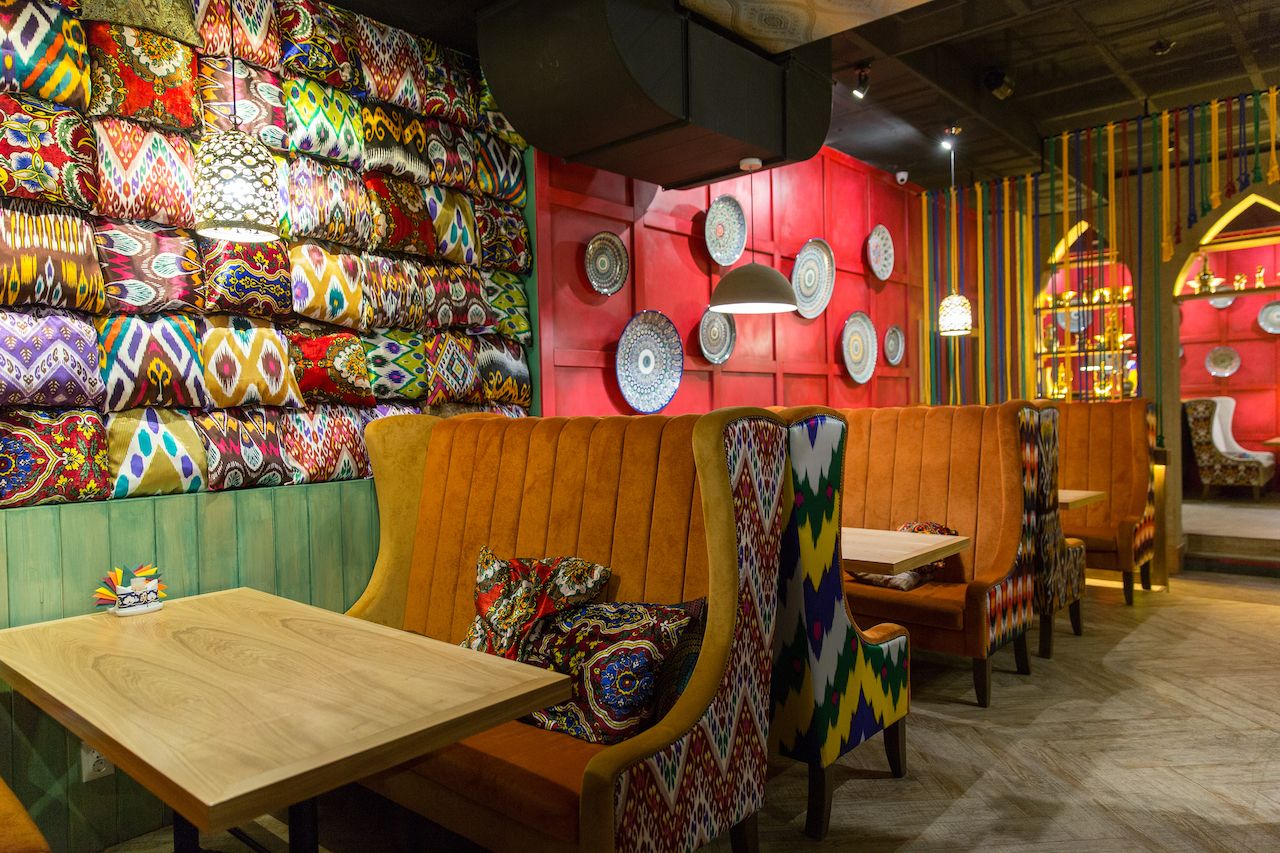 Part of Jordan’s increasing appeal for tourists is its relatively liberal liquor laws. If you’re over 18, and not trying to buy during a Muslim holiday, drinking here is perfectly legal as long as you’re not in public or overserved. Because of Muslim laws dictating who can touch alcohol, many restaurants won’t serve adult beverages, but these days that is more of a personal choice than a legal one. You can also find alcohol in supermarkets and liquor stores, which you’re free to take home without any hassle.

Jordan even has a small-but-beautiful wine region up in Mafraq, roughly 90 minutes north of Amman. Here you can tour the Zumot Winery, best known for its St. George Cabernet, which you can drink right by the winery’s pool. The craft beer scene is equally limited, the only real brewery experience being at Carakale in Fuheis. 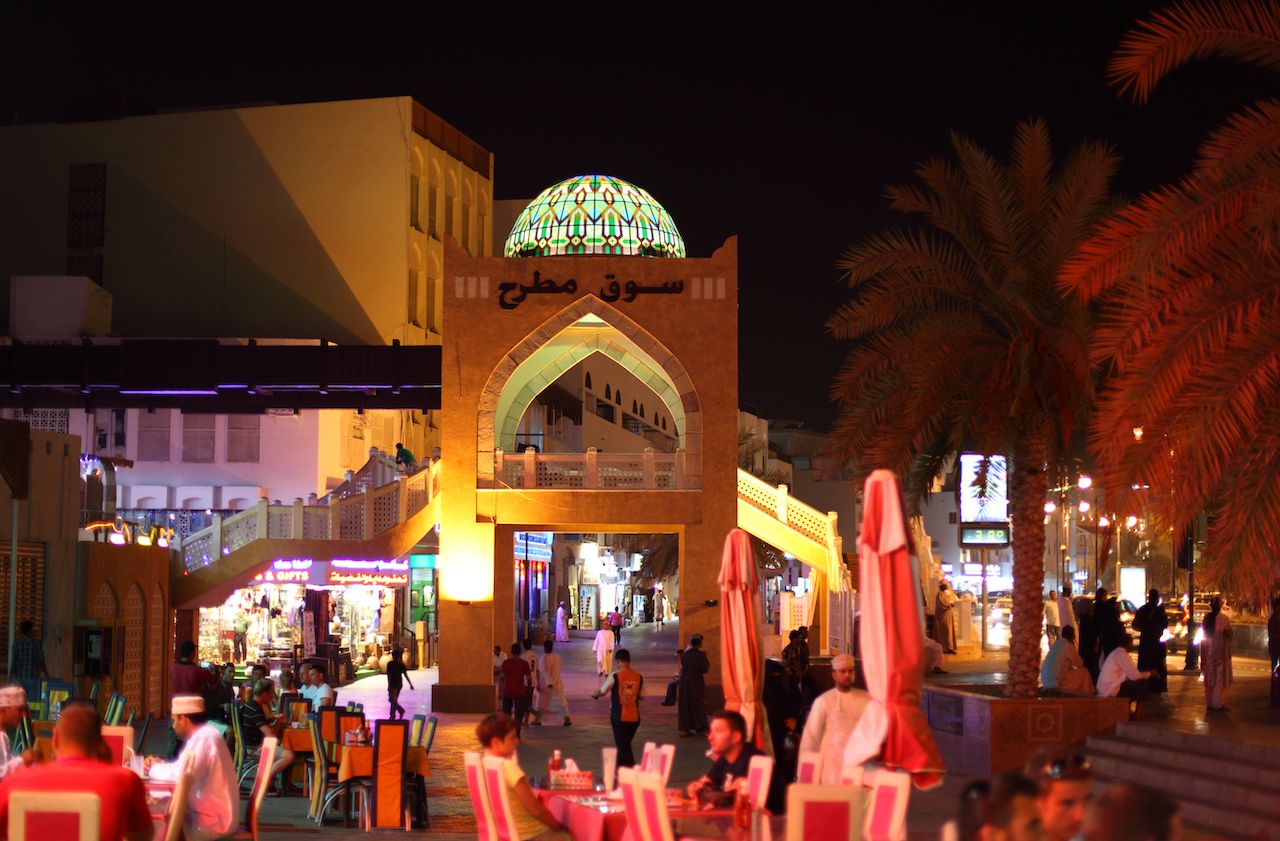 Oman only allows alcohol purchases by non-Omanis, generally visitors and expat residents. Visitors are able to buy drinks in hotel and restaurant bars, and the scant collection of independent bars mostly around Muscat. These bars are governed by tightly controlled licenses that dictate the hours they can serve. The more hours they’re serving, the more expensive the license, so be prepared to encounter limited drinking hours.

If you want to buy liquor to drink at home or in your hotel room — the only other places in Oman where it’s legal to drink — you’re going to need a license similar to the one needed in Qatar. Only expat residents are eligible for licenses, provided they have a letter from their employer stating they’re allowed to have one. They must provide proof of income, which dictates how much alcohol they can buy. No one may exceed 15 percent of their salary in alcohol purchases, which may not be a bad thing, necessarily.

As a tourist, you can get around this by buying alcohol at the airport duty-free shop. Each person must be 21, and can only buy two bottles of wine or hard liquor, or 24 cans of beer.

No alcohol is sold during Ramadan, and you are also not allowed to transport alcohol anywhere in the country at any time. The obvious exception being to transport it from where it was purchased to your home or hotel. You must hold onto your receipt so that if an issue arises you can show when and where you made your purchase. It is, quite literally, your get out of jail free card. 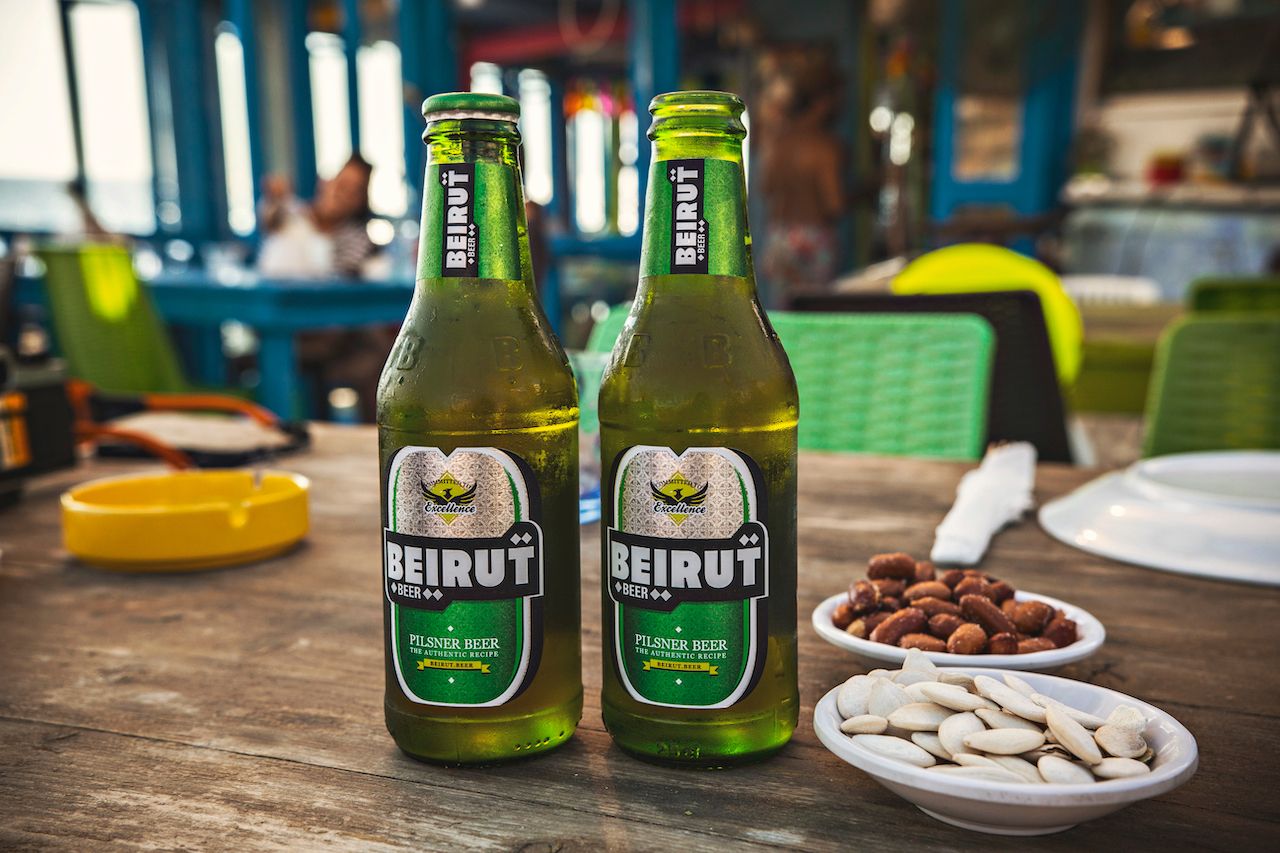 Lebanon is over 40 percent Christian, and probably the most socially progressive of any majority-Muslim nation in the world. Beirut has the biggest gay scene in the Middle East outside Israel, and as a nightlife destination, its liquor laws are actually laxer than those we have at home. The drinking age here is only 16 for wine and beer and 18 for everything else. 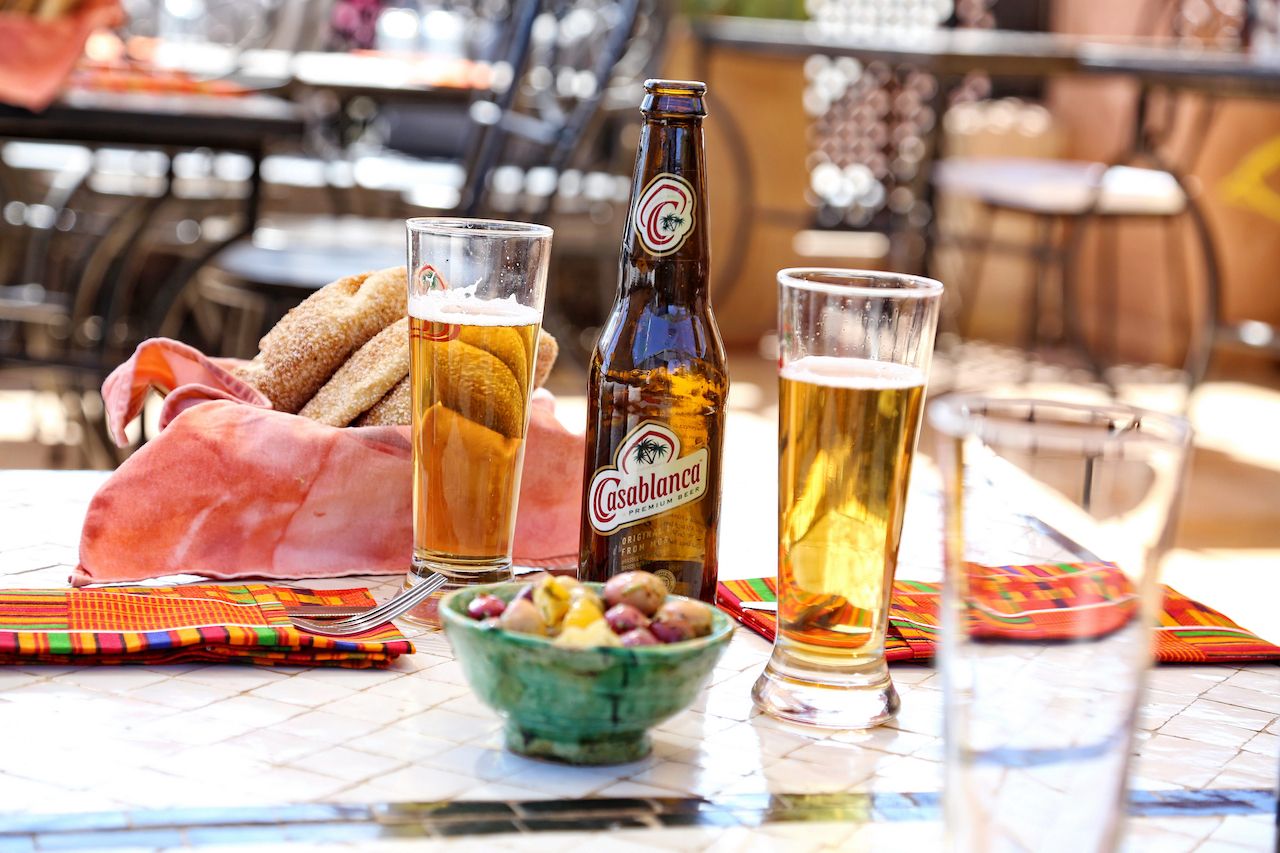 Perhaps your Moroccan drinking fantasies involve sauntering around a piano in Casablanca, scotch in hand, asking the man behind the keys to “play it again.” That’s about as likely as Humphrey Bogart himself wandering into your gin joint, since drinking in Morocco is, to say the least, shady AF.

That’s not to say it’s illegal. While only select supermarkets and poorly hidden liquor stores will sell you bottles, almost everywhere in Morocco has restaurants, bars, and clubs serving drinks to those over 18, and that age is generally fudged for foreigners.

Whether or not you’d WANT to drink in Morocco is another story, as most of the bars there feel a little like off-track betting facilities before they banned smoking. Minus the horse racing and plus about 19 packs of Reds. If that’s your idea of a good time, Morocco is your oyster. If not, maybe just make this a cultural trip. 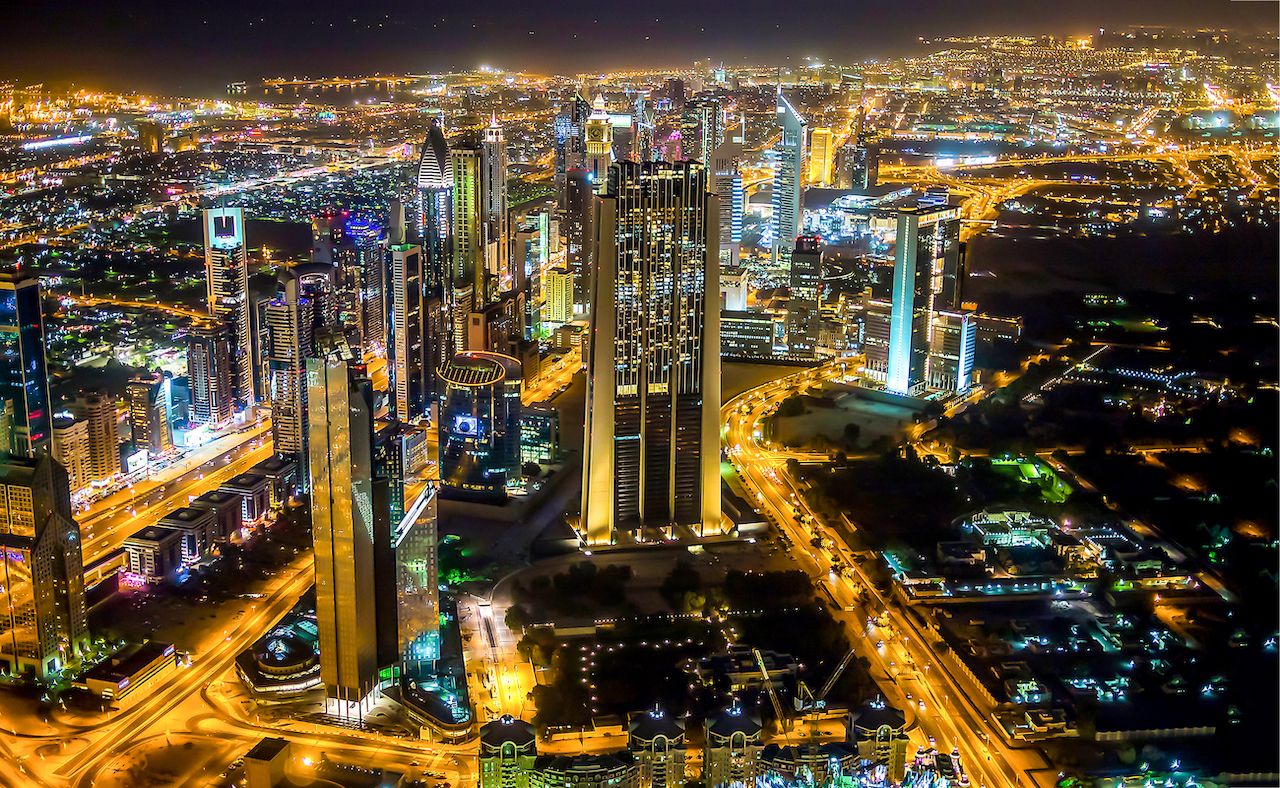 The UAE is a little like the United States in that laws vary from emirate to emirate. Dubai and Abu Dhabi are heavily dependent on tourism, however, so getting a drink isn’t too hard for visitors. In both those emirates, alcohol is permitted in licensed hotels and restaurants, and in bars inside hotels. Officially, only people staying at those hotels are allowed to drink there, but don’t make a scene, and typically no one will bother you.

Don’t even think about walking outside with alcohol, though. While it’s illegal everywhere, Dubai actually has undercover police officers who roam the streets looking for public drinking. This is what happens when your crime rate is almost nothing.

If you want bottles to take back to your hotel, visitors will need to buy at duty-free and go directly to their hotels, without so much as passing Go, let alone stopping to get a bite to eat. It is illegal to transport alcohol aside from taking it home from the store where it was purchased, so remember to get a receipt to prove where and when you shopped.

Non-Muslim residents can get a license to purchase alcohol in a liquor store, but they need a letter from their employer saying it’s ok, and a salary of over about $800 a month. Even with the license, they will also need a receipt to transport alcohol home. The drinking age is 18 in Abu Dhabi and 21 in Dubai. Remember, these rules don’t apply in all the UAE. Sharjah, for example, is completely dry, so drinking there is a big no-no. Though if you’re going to Sharjah to party, you should probably research your vacations better. 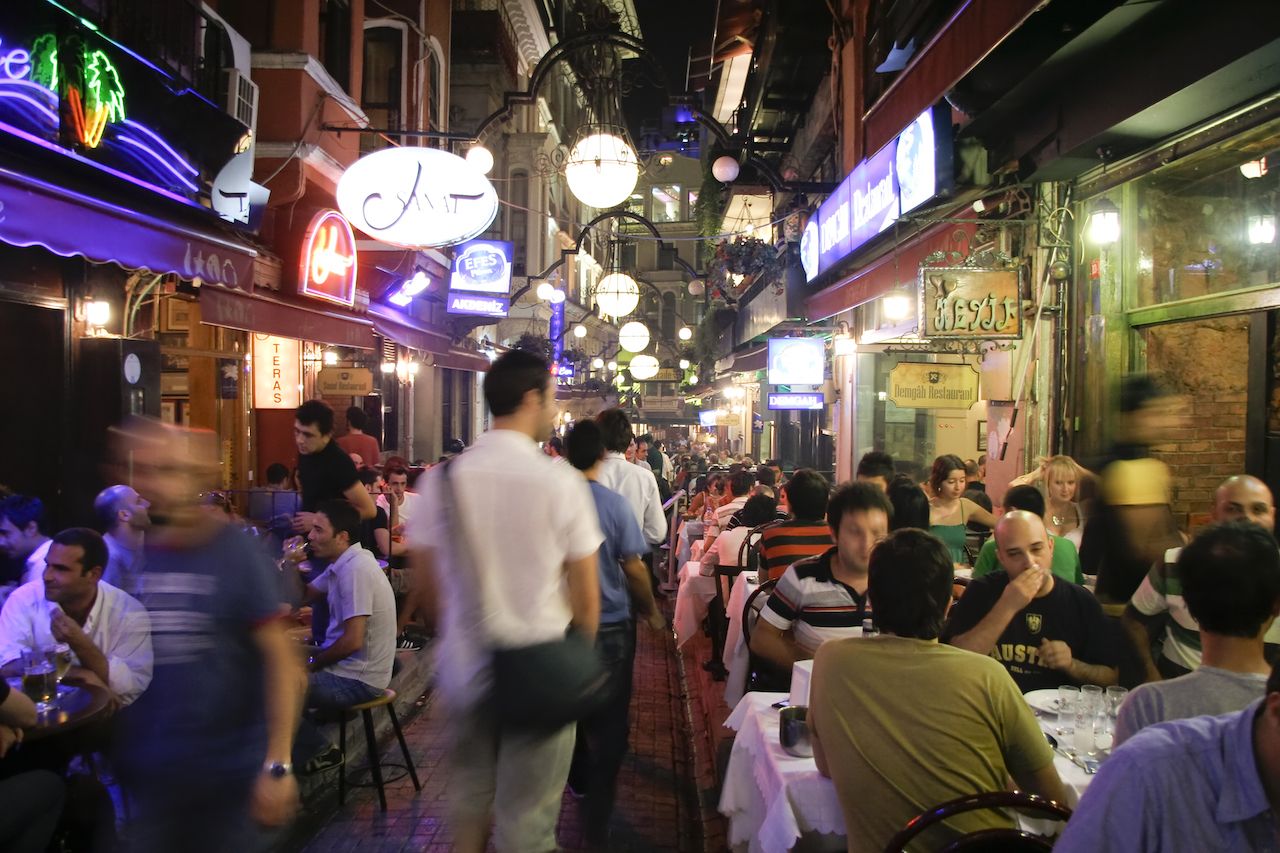 As the unofficial bridge between Europe and the Middle East, Turkey has more or less the same access to alcohol you’ll find in the west, with a drinking age of 18. Knowing banning booze would be bad for tourism, the more restrictive Erdogan regime has instead opted to tax it into oblivion.

Beer, for example, is now six times more expensive than when he took office, and the national spirit, raki, costs over seven times as much as it did under the previous administration, though if you’ve ever had raki, you’ll be glad it’s cost prohibitive. Tourists will pay the upcharge, though, so the tax serves the dual purpose of pleasing visitors and soaking them at the same time.

Culture9 Reasons You Should Consider Visiting Muscat, Oman, Instead of Dubai
Tagged
Culture Food + Drink Trip Planning
What did you think of this story?
Meh
Good
Awesome