Frequent TikTok users already know that the app is a great way to find under-the-radar things to do, plus the always-useful packing and travel tips. But a new TikTok vid shows something we’ve literally never seen anywhere else: a high-speed ride in a wicker basket screaming down the side of a Portuguese island. And apparently, it hit speeds of up to 18 miles per hour.

The video, posted late last week, shares the scoop on the Madeira toboggan rides near the capital city of Funchal. (Madeira is a Portuguese island off the coast of Morocco.) The Madeira toboggans, also called baskets, sleds, and sledges, hold up to three people and are steered by two men called carreiros, who wear thick-soled rubber shoes to create friction on the paved road. Using their shoes as brakes, they guide the baskets down the two-kilometer road, avoiding everything from people to potholes to oncoming traffic in the process. 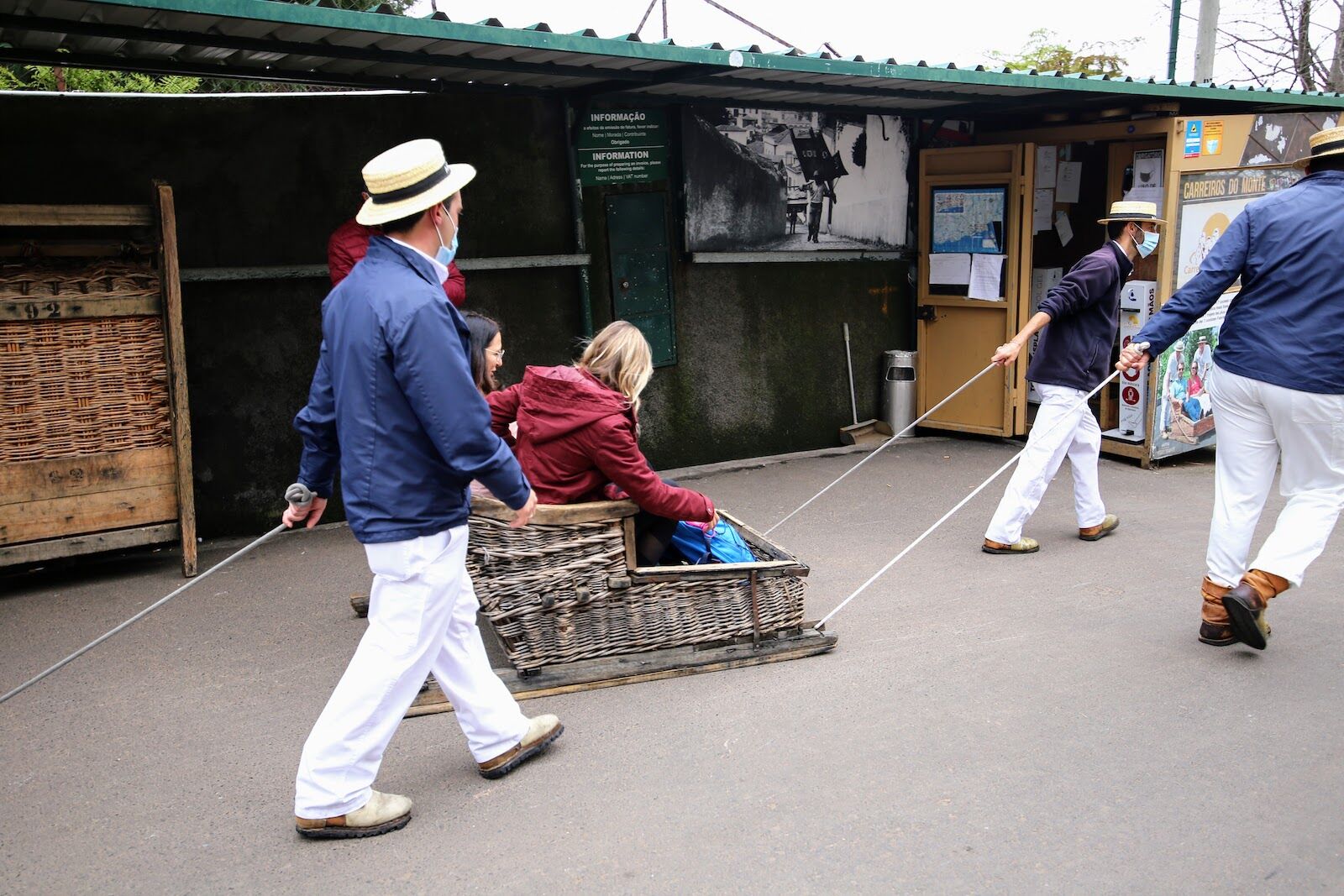 The “Carreriros do Monte,” named after the neighborhood where the rides start, have operated the Madeira toboggans for more than 100 years. Madeira is a mountainous island, and wealthy people in the early 1900s would build their homes near the top to take advantage of the fantastic views. Instead of walking downhill when they needed to visit stores or administrative offices, they’d have a “carreiro” drive them down in a basket.

Now, rides in the Madeira toboggans are mostly an activity for tourists, but everything else is still the same, from the route to the handmade baskets to the distinctive white outfits and straw hats worn by the drivers.

The cost per ride depends on the number of people in the basket, ranging from €25 for a solo rider to €40 for three people. Kids under age five are free, and travelers can buy tickets at the booth just behind the famous Monte Palace Gardens, at the intersection of Largo da Fonte and Caminho do Monte.

Galleries14 Eye-Popping Images That Will Make You Fall in Love With Portugal
Tagged
Adventure Travel Photo + Video + Film Madeira
What did you think of this story?
Meh
Good
Awesome