Madison, Wisconsin, is an urban-hiking juggernaut — and not just by Midwest standards. It has 14 state parks within an hour’s drive, a National Scenic Trail running through the city limits, and a watery necklace of lakeside paths that form its borders.

Add in the Badger State’s underrated reputation, and there’s usually plenty of elbow room on the area’s best trails to go along with those lovely views. You may not be summiting mountains, but within an hour’s radius around the city, you’ll find yourself wandering scenes of ancient glacial havoc, stepping through dense hardwood forests, and stumbling upon jeweled lake after jeweled lake. Below are our favorites places to do just that. 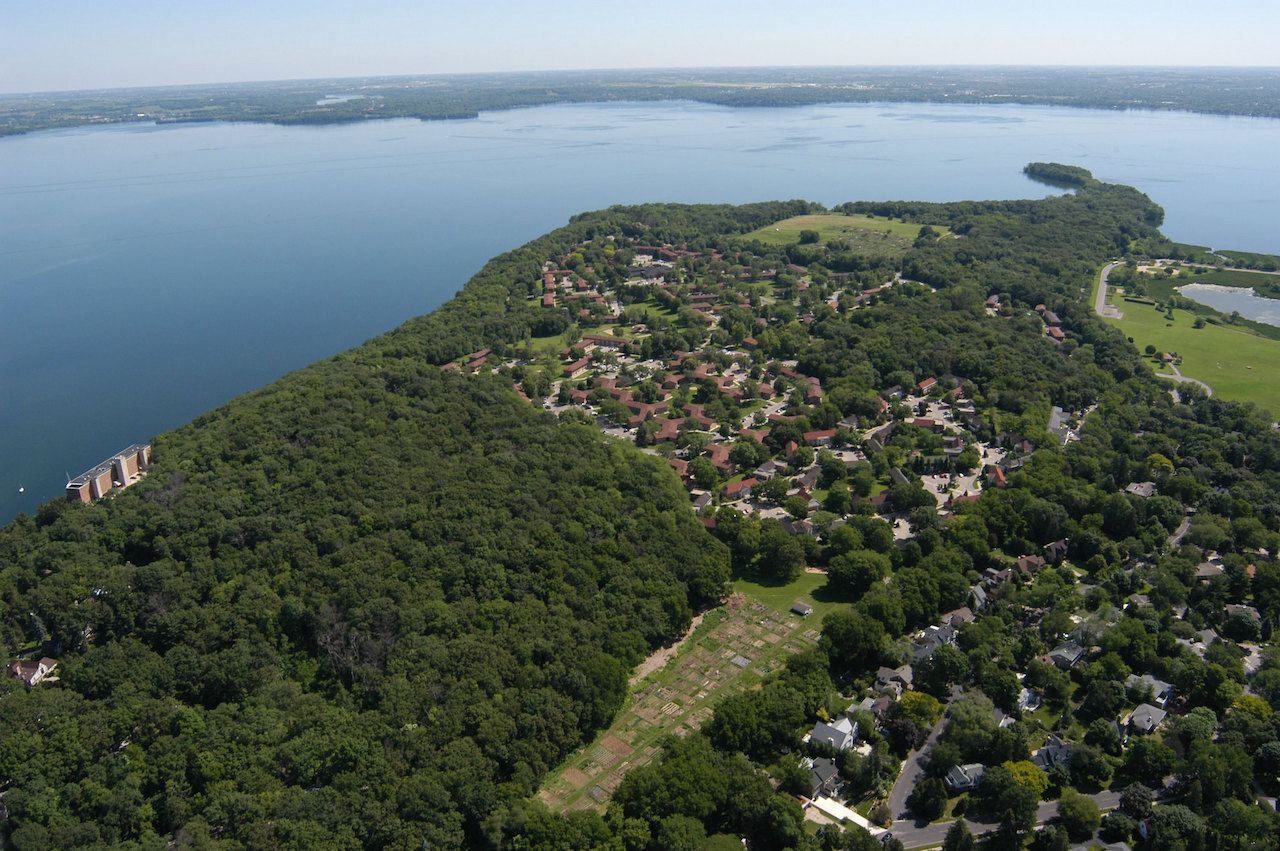 If there’s one quintessentially “Madison” hike, it’s this one. Picnic Point is the terminus of a narrow, mile-long peninsula jutting out from Lake Mendota’s south shore, part of Lakeshore Nature Preserve on the University of Wisconsin-Madison campus. Dense hardwoods line the wide dirt path, gulls always add in a soundtrack, and you’ll find fire circles for rent all along the peninsula’s length. (Free wood can be found between fire circles.)

The hike to the point can be pretty busy, especially on weekends. Hike the inland trails to Frautschi Point or Raymer’s Cove for more consistent seclusion. Raymer’s Cove is especially magical, sandstone cliffs protecting a tiny lagoon. 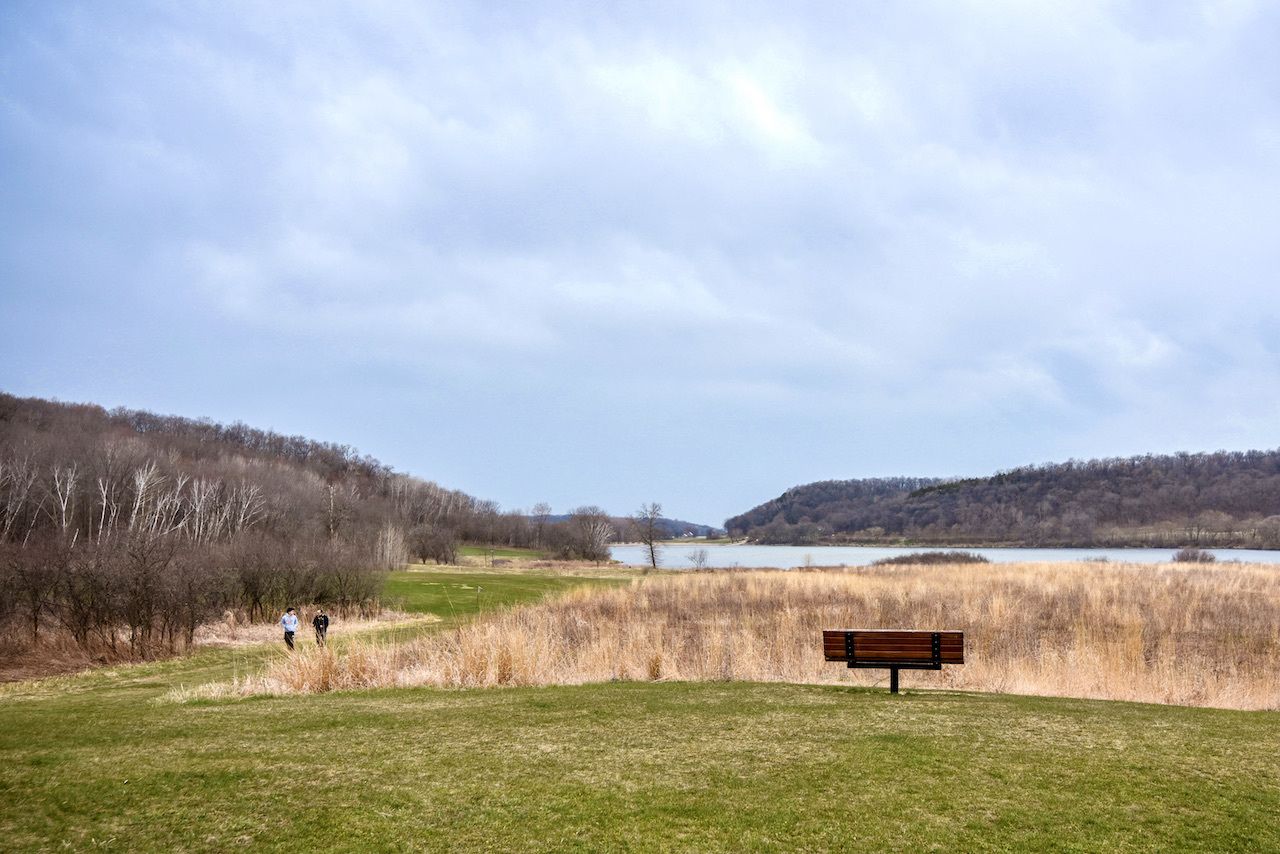 It’s hard to believe Indian Lake is a county park. From the main parking lot, climb up the high ridge to the circa-1857 chapel — you can even go for a kneel inside — and then continue onto the nearby overlook, where you’ll gaze over and across a glacial valley. The Ice Age National Scenic Trail winds through here, too, and the addition of the park’s standalone trails makes this a good spot for a sturdy day hike.

Back down toward the lake’s edge, you’ll find wide paths for hiking and cross-country skiing and snowshoeing come winter — there’s even a log-cabin warming hut for those chilly Wisconsin days. Probably a good stop for anyone daring enough to hike the entire Ice Age Trail in winter. Massive dog park makes this stop great for Fido, too. 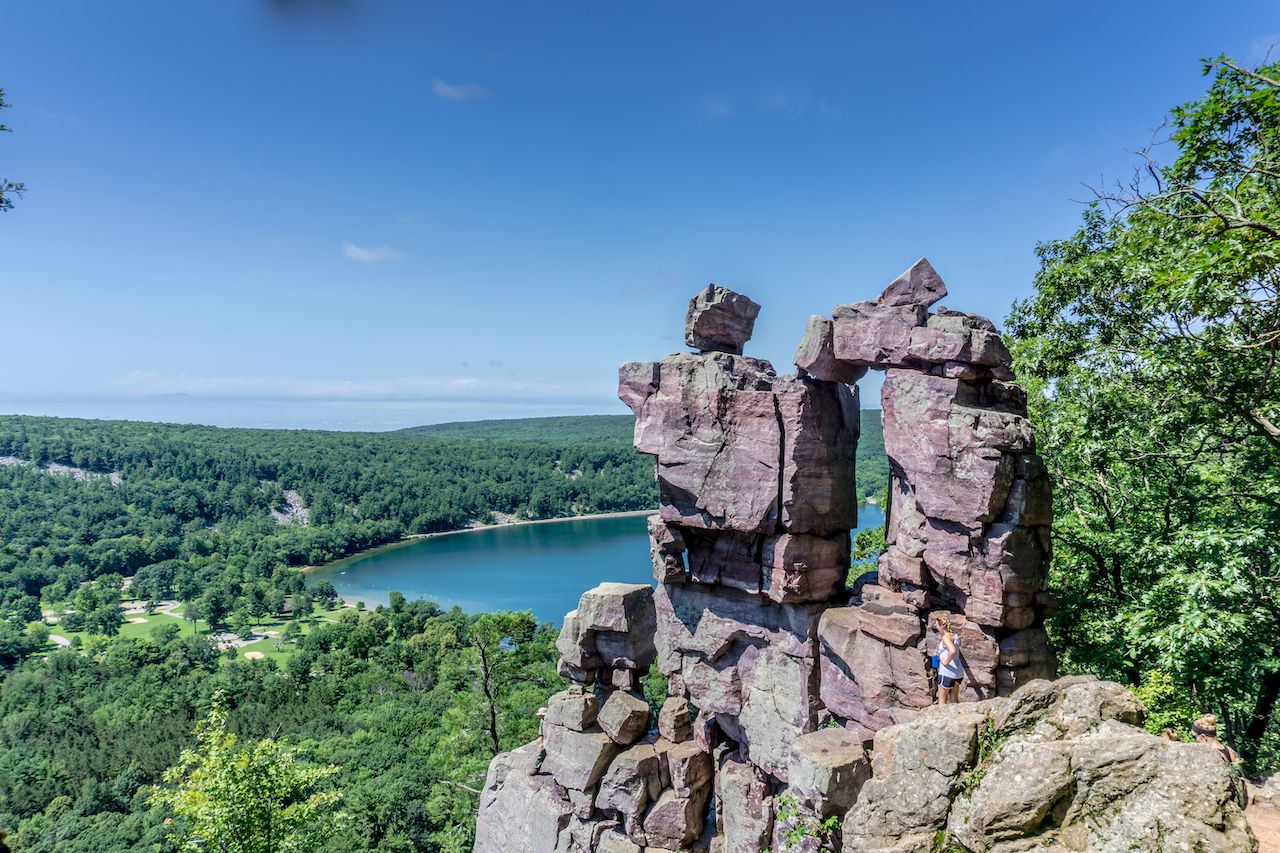 For this one, come early and on a weekday. Devil’s Lake is Wisconsin’s most popular state park, thanks to its incredible views, outcroppings of stunningly purple Baraboo Quartzite, glacial erratics, lake access, and wide variety of hikes.

The Ice Age Trail does wander through here (perhaps you’re noticing a pattern?), but you’ll probably want to tackle the West Bluff Trail, a high climb riddled with delicately balanced boulders that overlooks the sparkling lake below. In warmer months, be sure to get on the lake, too. You can rent kayaks, canoes, and paddleboards from either shore.

For an easy, family-friendly hike that has no business being this good, look to the mile-long Tumbled Rocks Trail. Through the bottom of a talus slope (that’s where large rocks have accumulated at the base), the mostly flat path follows the water’s edge, between purple boulders caught mid-tumble to their watery fate. 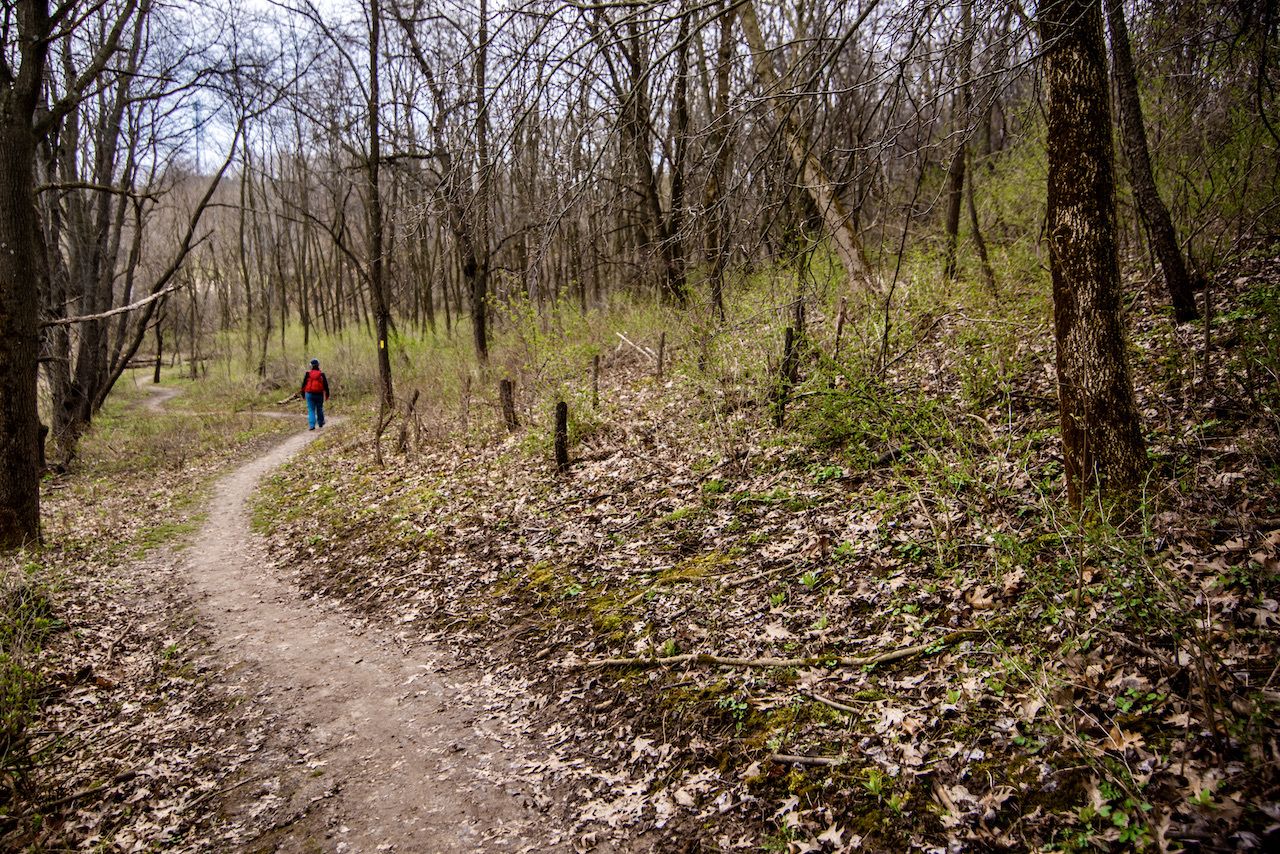 There are only 11 National Scenic Trails in the country, and the Ice Age Trail is one of them. The 1,200-mile path traces the edge of the last major ice sheet, all and only through Wisconsin, wandering straight through the town of Madison. For being urban, the Madison Segment is a good one. In between stints on and off the university golf course, you’ll get lost in long stretches of hardwoods, probably all by yourself.

But drive 30 minutes to Cross Plains, and you’ll hike up the edge of a terminal moraine — the last stop of a glacier’s slow, icy advance — through wildflowers and grasslands, along a dolomite ridge, and into a dense forest of pine, lost somewhere that could be mistaken for Colorado. All in all, this segment is nine miles long, including county roads. Note that nearby Table Bluff and Gibraltar Rock are also stand-out segments on this famed. 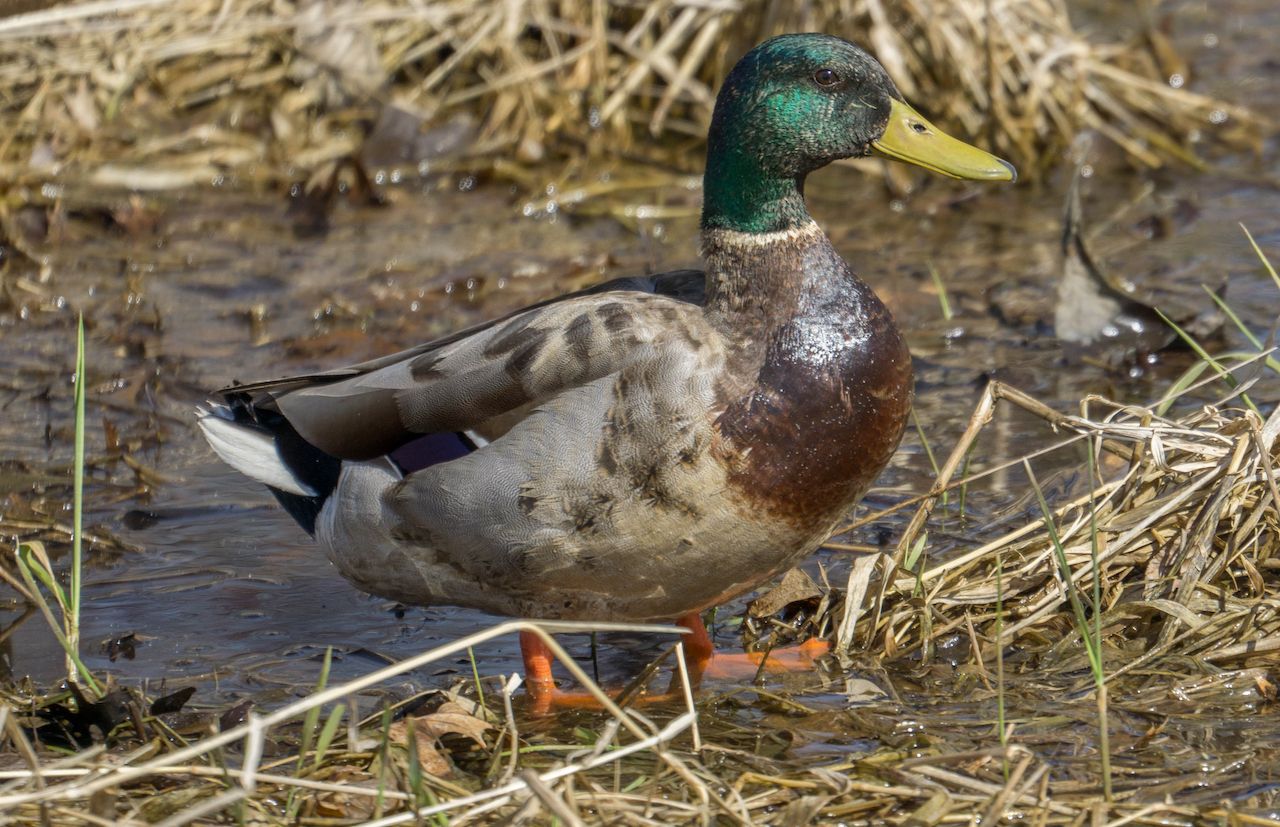 Cherokee Marsh, just barely north of the city, is technically a massive, 2,000-acre wetland complex that sits along the Yahara River. The north unit is classified as a fen, with prairies, bogs, hardwoods, and meadows popping just barely out of the water.

This spot is about contemplation and slowing down. Wander the maze of trails — all wide, flat, and uncrowded — note the Indigenous effigy mounds deep in the woods, pop off the boardwalks onto the overlooks, and take moments for silence. You might catch a cackling goose, a mallard duck, a black-billed cuckoo, or any of the hundreds of other birds that call this spot home. Birdwatchers will be captivated by the plethora of avian species, among them herons, egrets, and indigo buntings.

6. Blue Mound State Park and Cave of the Mounds 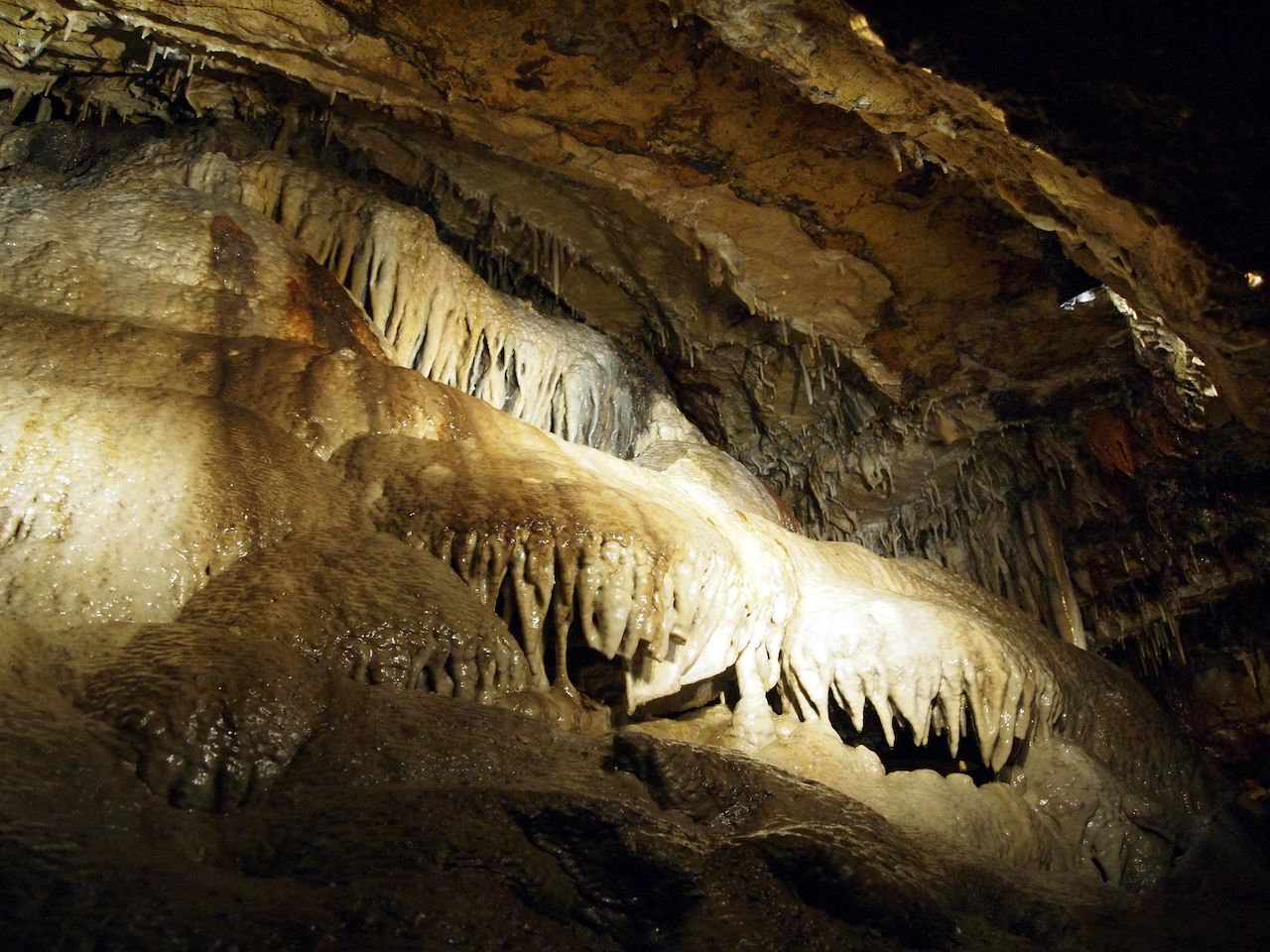 Blue Mound State Park, at 1,716 ft in elevation, is the highest point in the area. That’s not a lot, but over the state park’s nearly 1,200 acres, it’s enough to mean over 20 miles of off-road single track and hiking trails with some 500 feet in elevation to play with. Definitely climb up the east and west towers for views onto the Baraboo range — an ancient mountain range clinging onto its last hills — and the Driftless Area to the south, where glaciers left the world unscathed. There’s also a swimming pool (handicap accessible!) and a nature center, amphitheater, horseshoe pits, and plenty of shady picnic areas.

If you want to take your walking underground, you are also close to Caves of the Mounds, a national natural landmark — the only designation of its kind that also includes privately held areas, as this one is. It costs nearly $20 for adults to enter the limestone cave, but it is worth the visit as this limestone cavern is one of the most striking caves in the Midwest. 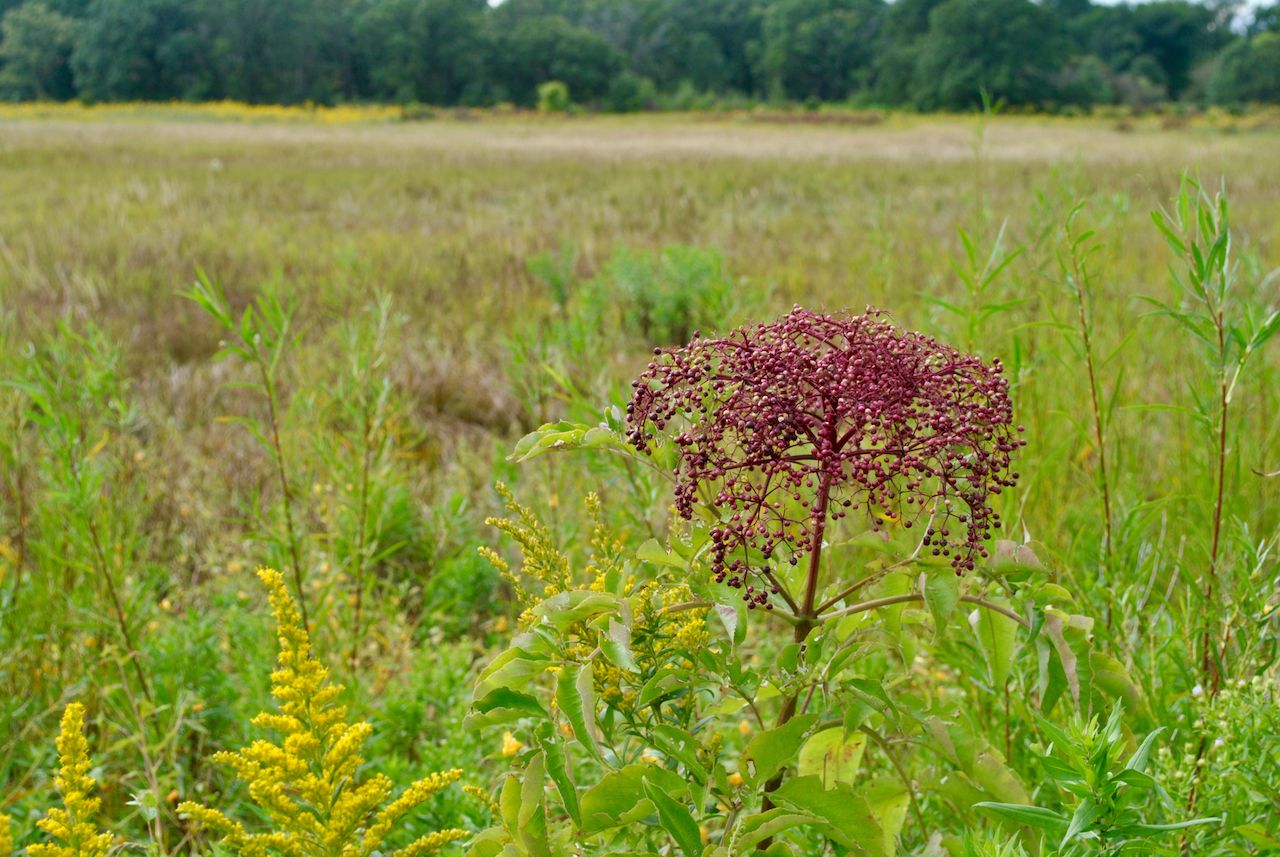 As of February 2021, the University of Wisconsin-Madison Arboretum is officially a national historic landmark — and that should tell you a lot. This is the birthplace of ecological restoration, and its 73-acre Curtis Prairie is regarded as the oldest restored prairie in the world. But don’t picture amber waves of grain. Wild prairies are actually full of color and life, more like tall meadows that took a wild cue from their jungle cousins.

But the arboretum explores far, far more than just prairie. Exploring its 17-plus miles of trails takes you through nearly all of Wisconsin’s native ecosystems, like savannas, woodlands, and wetlands. The famed naturalist Aldo Leopold did the brunt of his work here, and now we hikers are reaping the rewards. 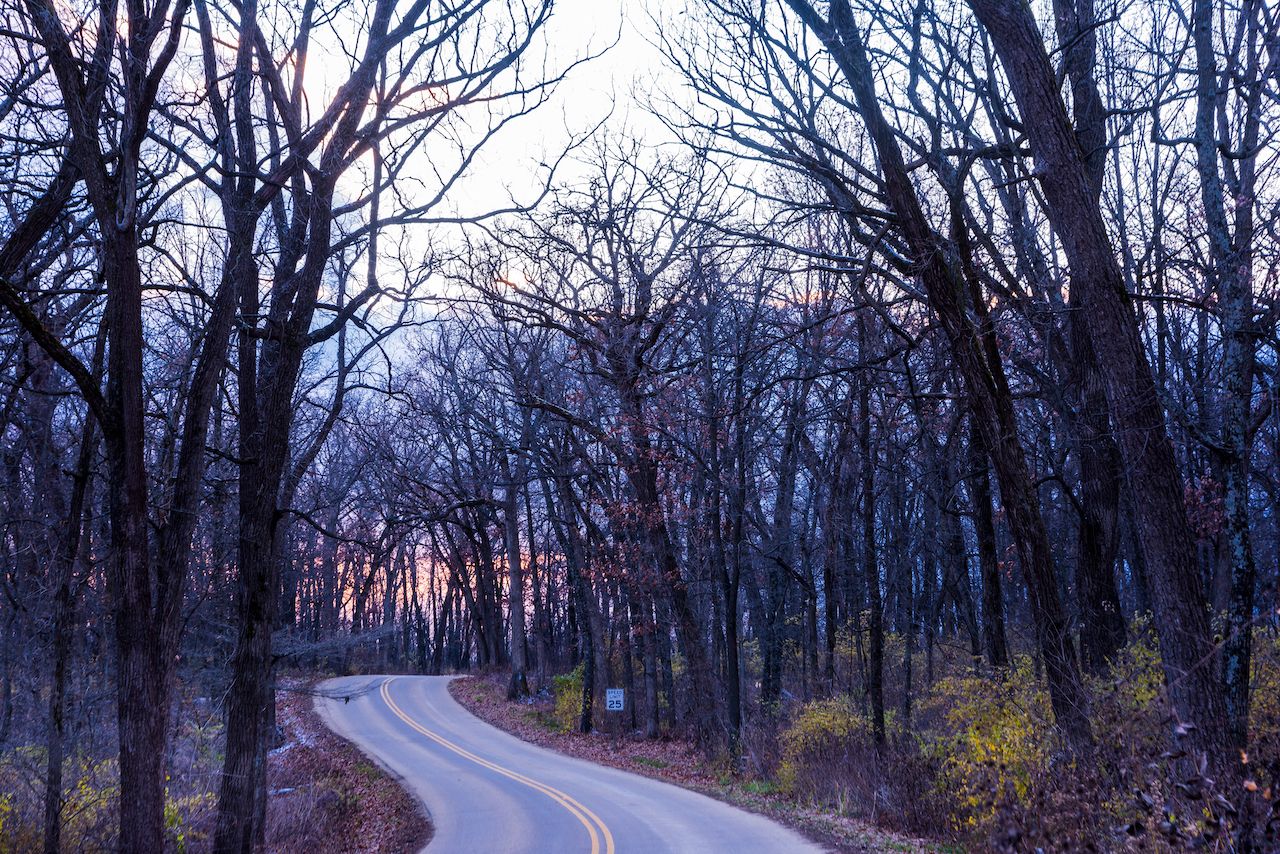 New Glarus Woods State Park is a great camping destination — just 34 quiet, wooded sites (drive-in and walk-in) on the edge of this 435-acre park that connects to both the Sugar River State Trail and the Ice Age National Scenic Trail. Here, the forest meets the prairie for both tall, towering views and wide-open vistas.

But the other bonus of staying the night here? New Glarus Brewing Co. is less than two miles away. Arguably the state’s most beloved brewery, Spotted Cow might be its best-known brew, but the seasonal brews are worth a second or third walk over. Talk about a hike with a reward built-in at the end.

OutdoorThe Best Lakes To Visit in Wisconsin’s Lake Country
Tagged
Hiking National Parks
What did you think of this story?
Meh
Good
Awesome