The Museum of Modern Art (MoMA) is undoubtedly one of the most famous museums in all of New York City. The idea for it came from Abby Rockefeller, Lillie Bliss, and Mary Quinn Sullivan, who were three influential figures in the art world, in 1929. They wanted to “challenge the conservative policies of traditional museums and establish an institution devoted exclusively to modern art.” With the help of founding members A. Conger Goodyear, Paul Sachs, Frank Crowninshield, Josephine Boardman Crane, and Alfred H. Barr, Jr., the museum opened the same year as its conception.

Located in midtown Manhattan, the MoMA features a collection of over 200,000 classic and modern artworks spread out over six floors, including paintings, drawings, photos, sculptures, and performance art pieces. Exploring the museum in full could take hours, so to make the planning more manageable and to make sure you get to see all the important pieces before you have to leave, we’ve made a list of some of the best tips on how to make the most of your one-day visit at the MoMA.

Before you go: the #1 piece of advice for visiting the MoMA

The best piece of advice anyone can give to future MoMA visitors is: Book your tickets before you arrive in New York City. Entry to the museum is by advance timed entry only, and while there is a chance you may be able to show up and see if there’s any availability for a walk-in, you don’t want to risk being turned away. Once you’re inside, you can stay as long as you like, but you can only enter at a specific time. Booking in advance ensures you can get the exact time you want and allows you to plan the rest of your trip with ease.

The best times to visit 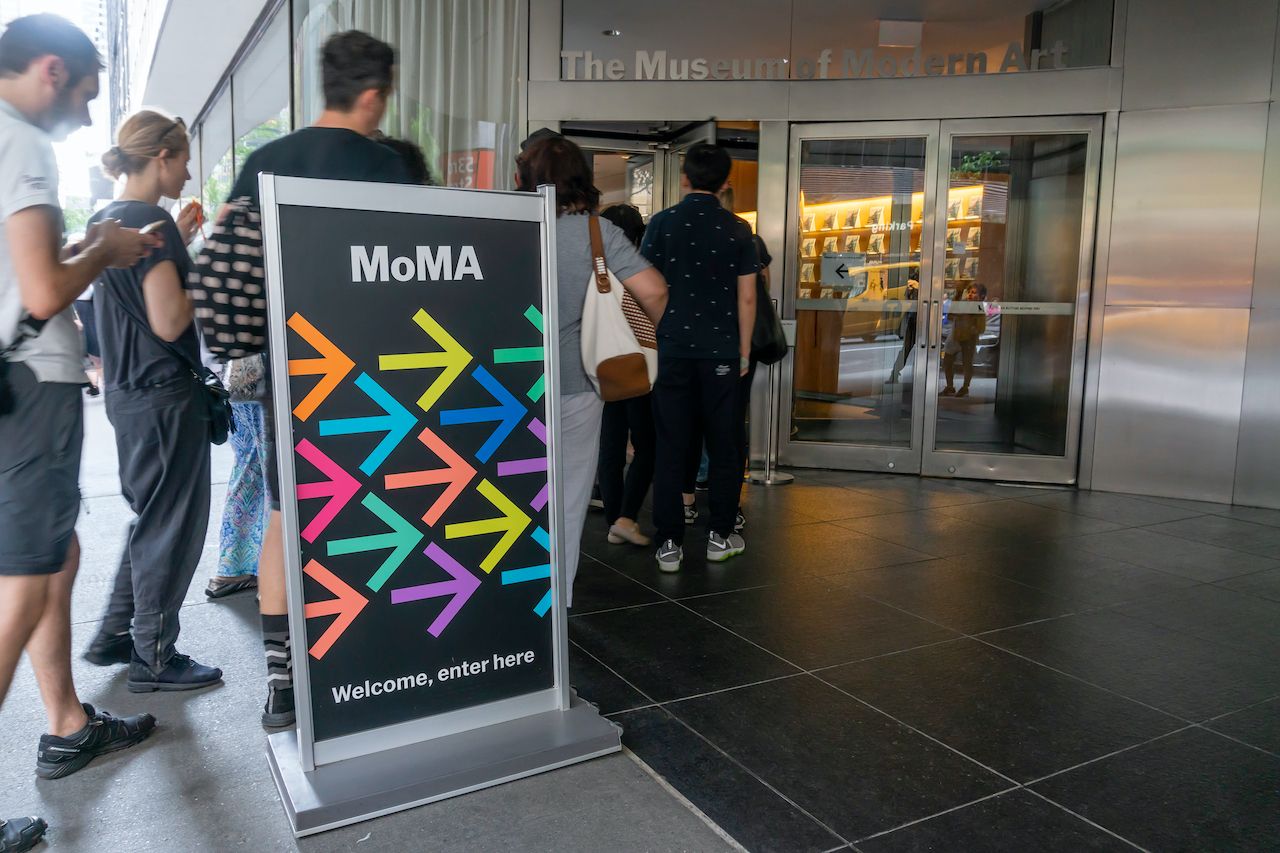 The MoMA is open seven days a week, from 10:30 AM to 5:30 PM, though it has extended hours until 7:30 PM on Saturdays. While the later hours may seem tempting, we highly recommend avoiding visiting on a Saturday as it’s one of the busiest days. Or better yet, avoid the weekend altogether. Instead, visiting on a weekday during the mid-afternoon hours — when adults are at work and kids are at school — is your best bet for having the place to yourself.

The MoMA offers guided tours led by professional art historians, who can speak on any of the works in the museum’s collection during regular business hours. There are also exclusive before- or after-hours tours available (9:30 to 10:30 AM and 5:30 to 6:30 PM), which provide people with the opportunity to view the museum in a more intimate setting without any crowds.

Five must-see pieces and collections and why they matter 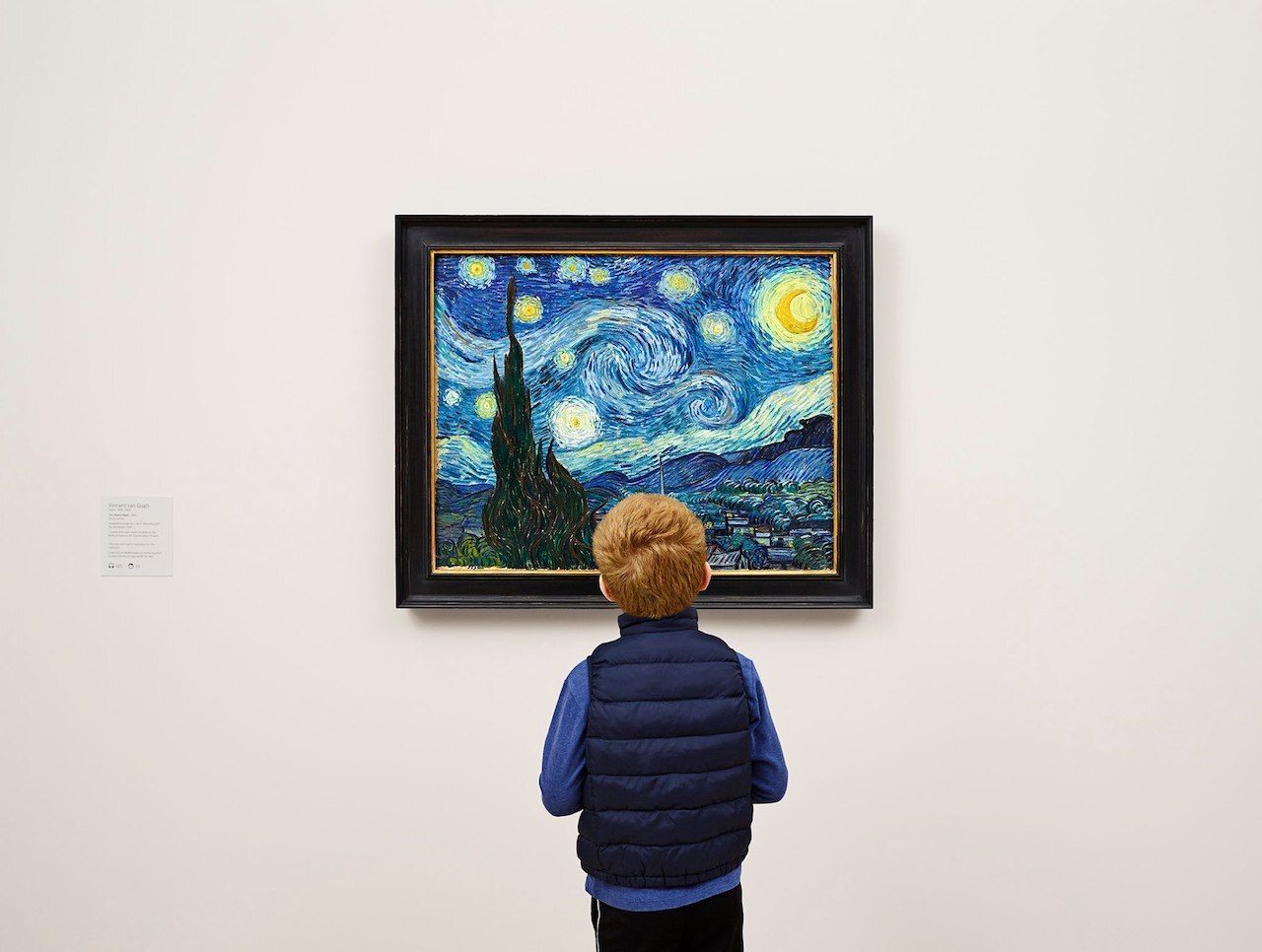 Vincent van Gogh is one of the most well-known impressionist painters of all time. His “Starry Night” work is one of his most iconic, which he painted in 1889 during his time at the Saint-Paul de Mausole asylum in Saint-Rémy-de-Provence, France. It portrays a night sky over Saint-Rémy using darker blues and greens, which marked a noticeable shift from his earlier work. Copies of “The Starry Night” exist in museums worldwide, but the original finds its home on the MoMA’s fifth floor.

2. “The Persistence of Memory” by Salvador Dalí 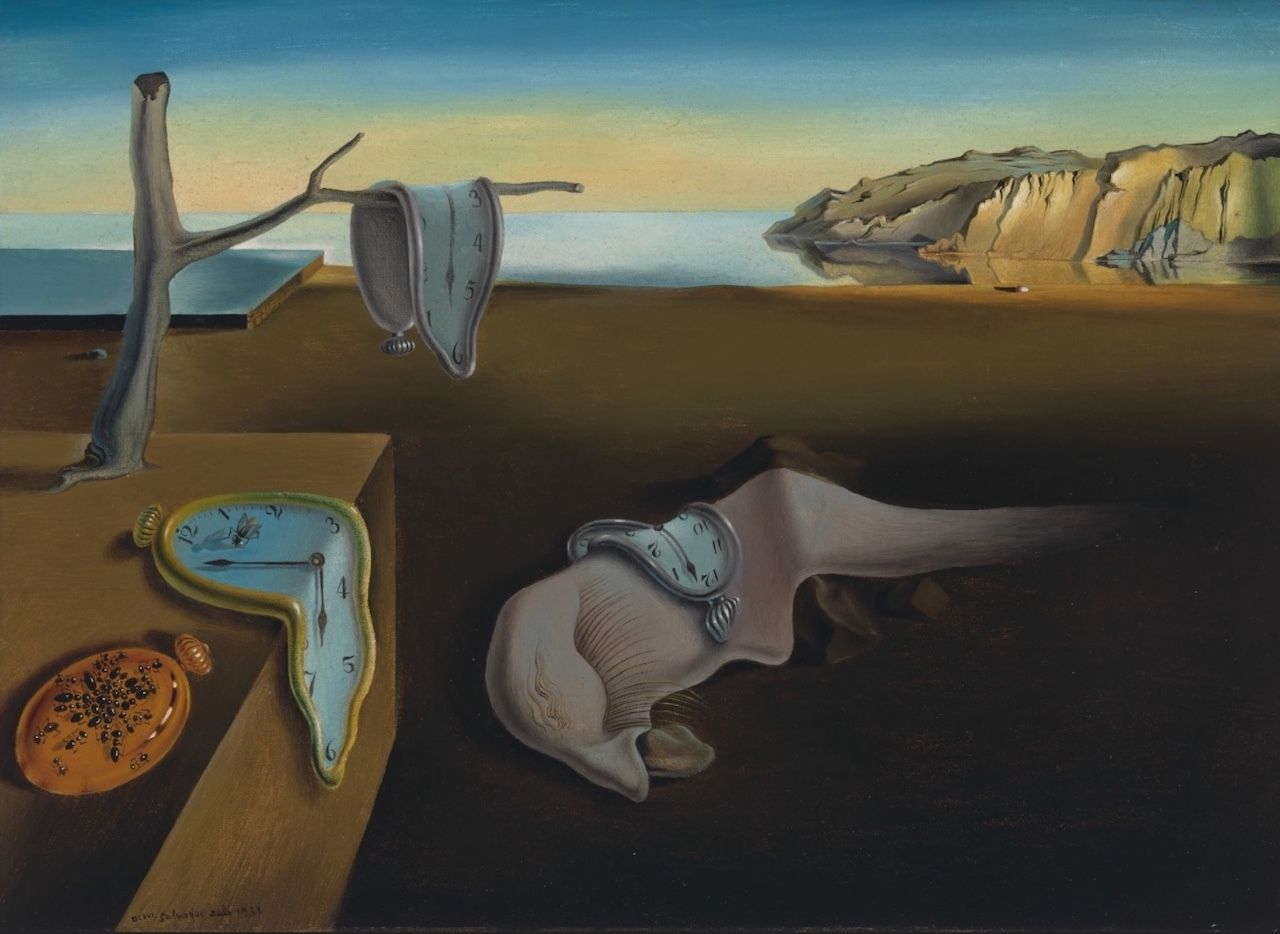 Salvador Dalí is from the surrealism era of art, a movement categorized by dream-like depictions using various contrasting elements. His 1931 “Persistence of Memory” painting is not to be missed, and some say it’s what made the painter famous during his lifetime. Located on the MoMA’s fifth floor, it features a scene on a desolate coastal beach thought to be inspired by his native home in Catalonia, Spain, and multiple melting clocks on hard surfaces. 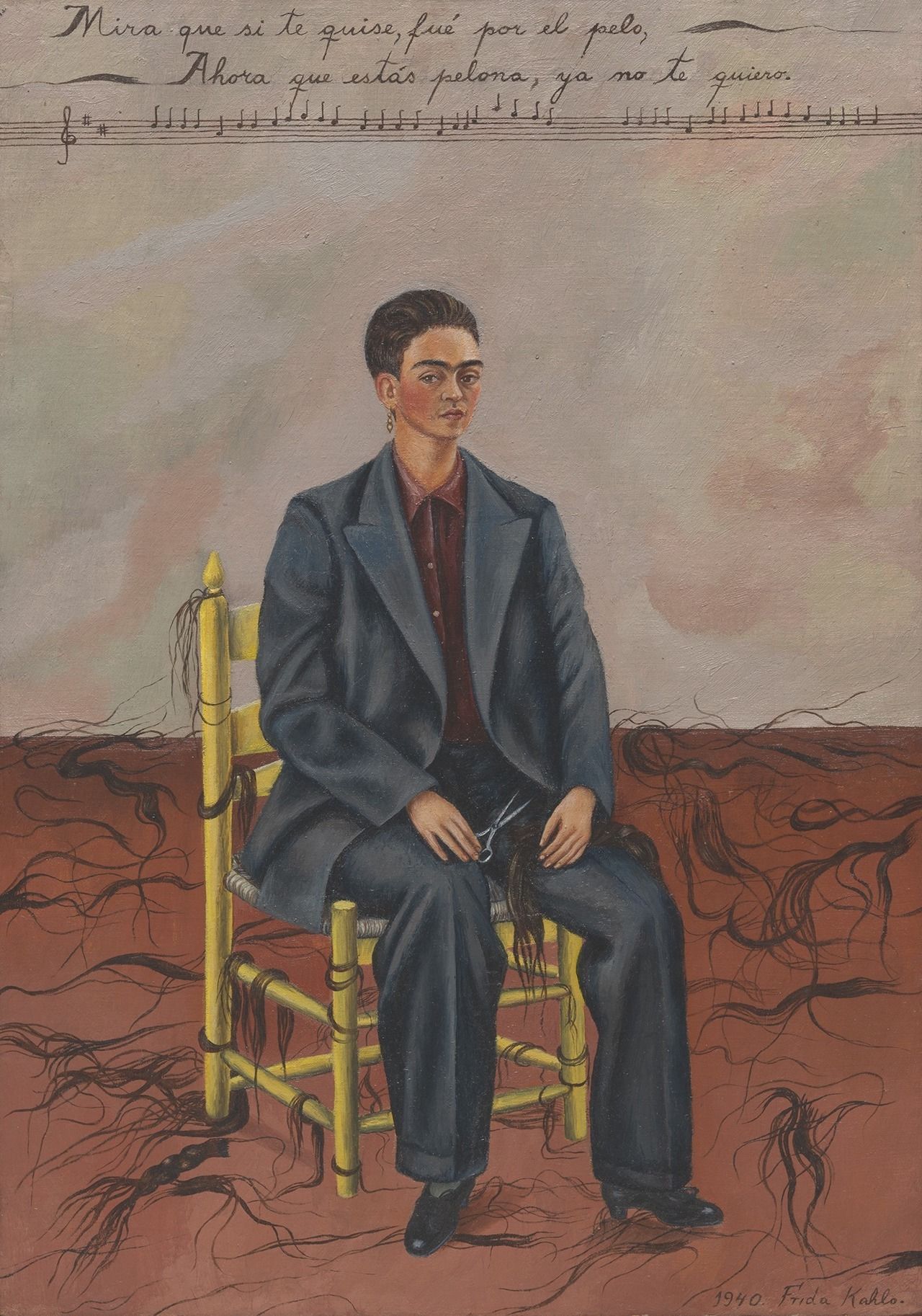 Frida Kahlo painted many self-portraits throughout her career. She once said it was because she is “so often alone” and because she’s the person she knows best. One of her most well-known self-portraits can be found at the MoMA, in which Kahlo has short hair and is wearing a loose-fitting suit. In the 1940 painting, she’s sitting down with a pair of scissors in her hand and cut hair strands are strewed about the floor. “Self Portrait with Cropped Hair” marks a departure from Kahlo’s previous self depictions, where she can usually be seen wearing dresses and floral ornaments. 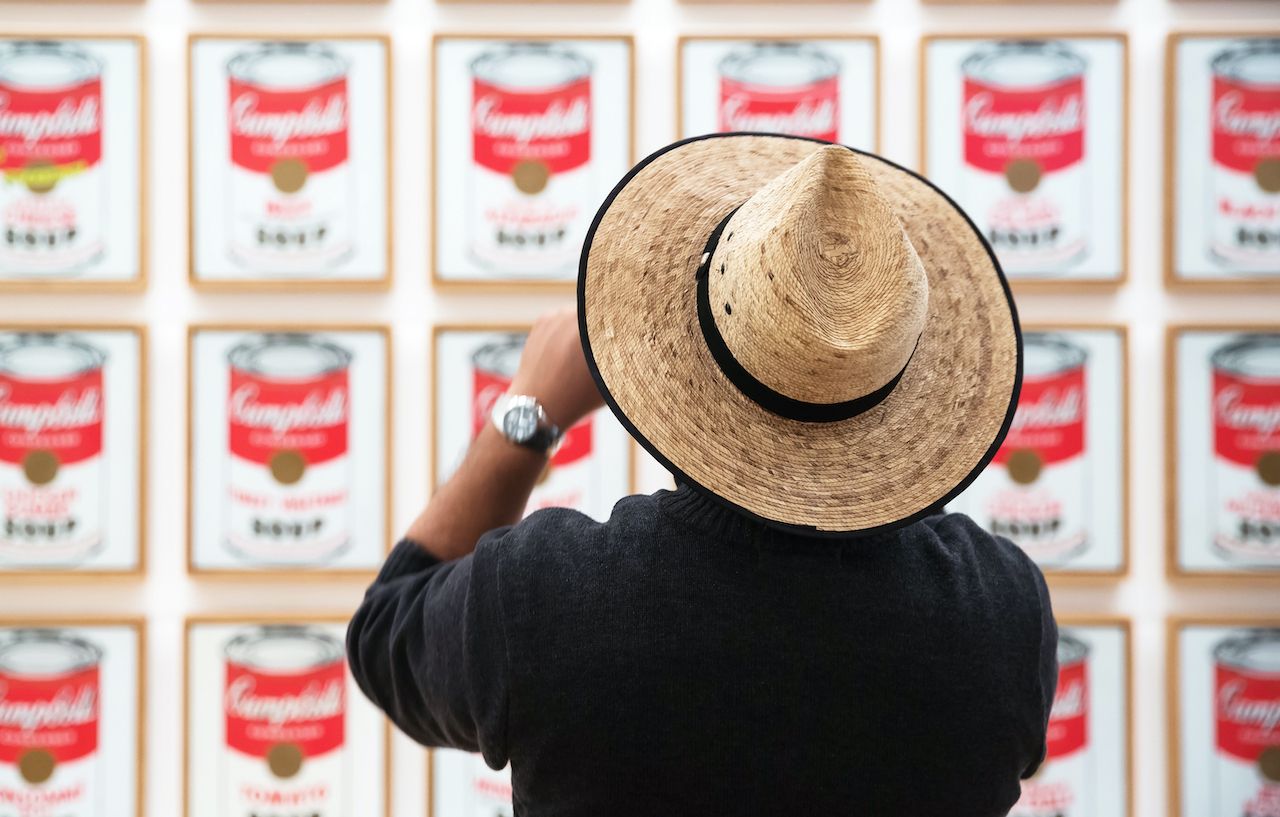 Andy Warhol is arguably one of the most famous pop artists of all time. His “Campbell’s Soup Cans” is a series of 32 paintings of the Campbell Soup Company’s primary product and takes up an entire wall on the MoMA’s fourth floor. Warhol painted them in 1962, basing them on the lunch he would have every single day for twenty years. The simple yet striking work is so famous that it’s been printed on various forms of merchandise in droves over the years. 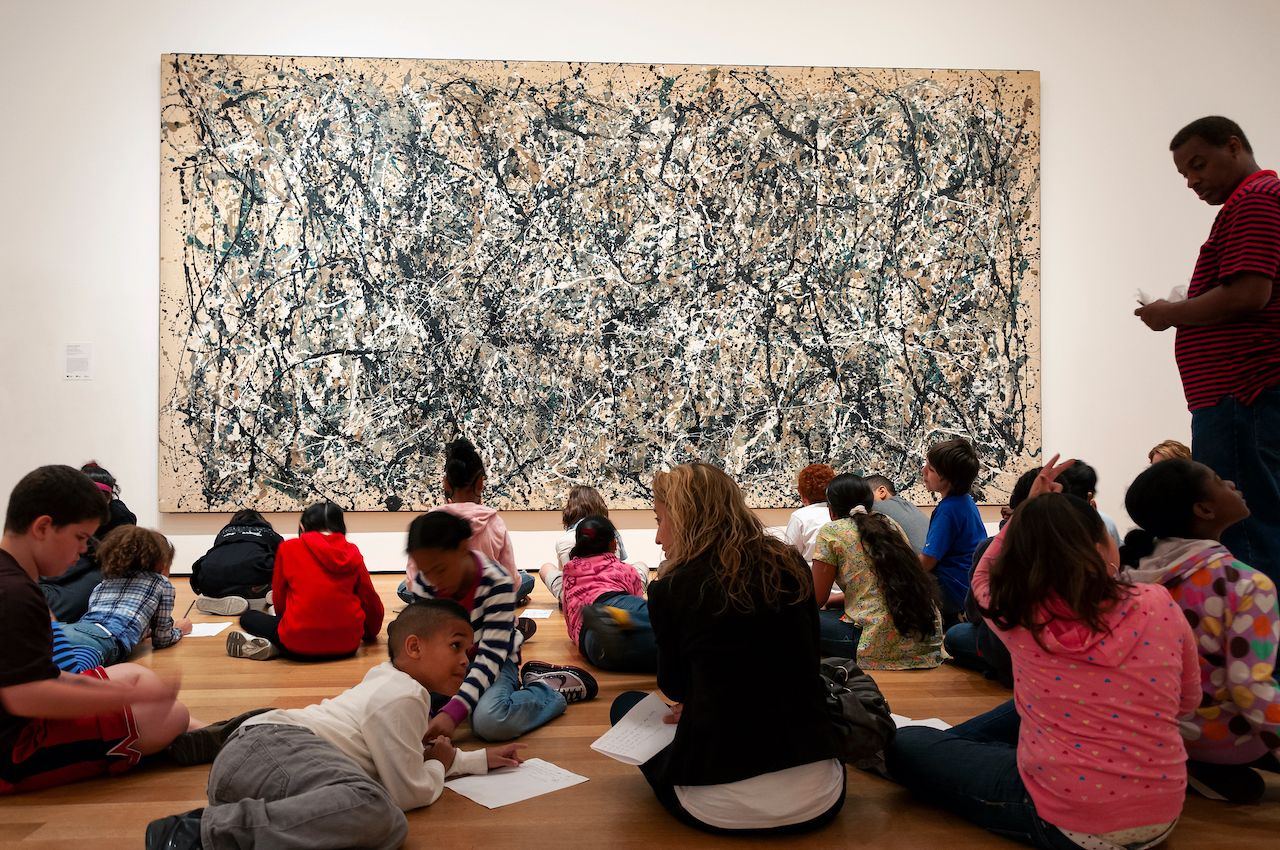 Jackson Pollock was part of the abstract expressionist movement and frequently created his work by splashing paint onto canvases using different tools. Sometimes, he would even pour it straight out of the can onto the surface. In 1950, Pollock painted “One: Number 31,” which sits on a huge canvas — taking up an entire wall in the MoMA. The piece displays a splatter of various colors that somehow convey a sense of unease and urgency.

Most underrated pieces/galleries to check out

While the MoMA has several rotating exhibits throughout the building, its third floor is a mainstay dedicated to programs and installations that switch out every few months. Many people skip this floor in favor of prioritizing pieces from the MoMA’s permanent collection, but these temporary exhibits often provide a deeper lens into contemporary issues and are not to be missed. At the time of writing, the current exhibit is “Reconstructions: Architecture and Blackness in America,” which explores the relationship between race, Black spaces, and architecture in the United States. 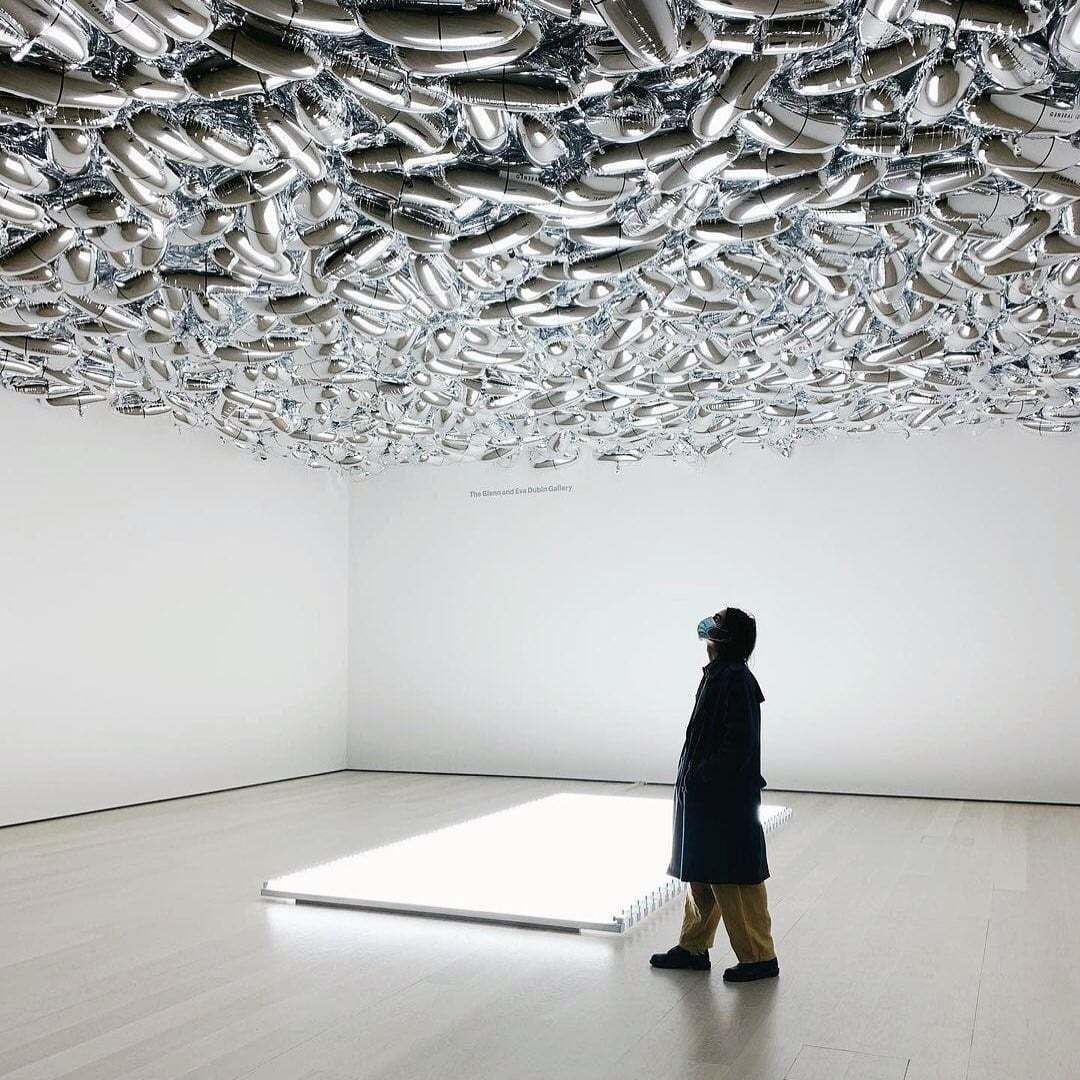 In the Glenn and Eva Dublin Gallery is the “Magi© Bullet” exhibit. The room is filled with silver pill-shaped mylar balloons and visitors are allowed to take the deflated ones when they leave. The balloons’ shape is a metaphor meaning that much of society looks for temporary relief from illnesses, rather than taking the time to look at its source to prevent it in the future. Eventually, the balloons fall to the ground, meant to pay homage to people who lost their lives to AIDS.

What you can skip 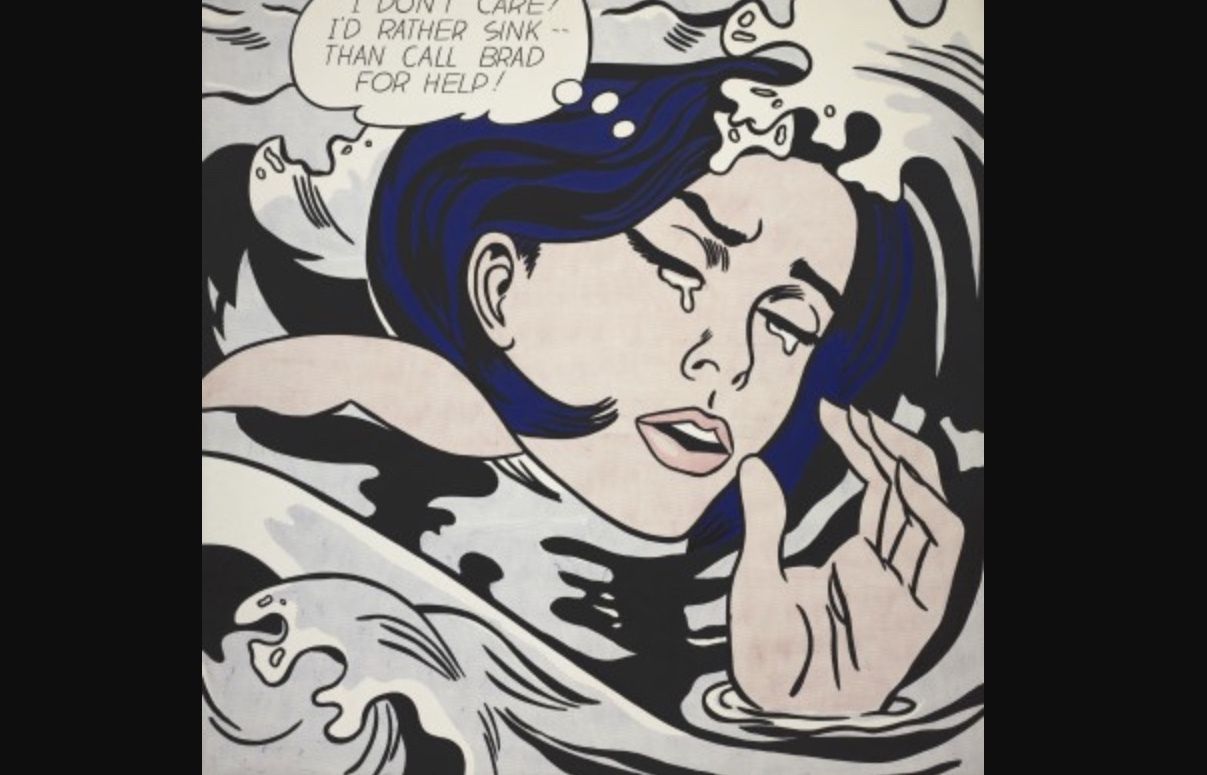 Everything at the MoMA deserves special attention in its own right. Still, Roy Lichtenstein’s art may not appeal to some, as the infamous pop artist appropriated images from various comic book artists without ever giving them credit. Lichtenstein had a very particular brand of pop art, which would take images and parody them in a comic strip style. An example of this is his 1963 work “Drowning Girl,” which takes an image from “Run for Love!” — a story in DC comic book Secret Love #83. In the work, Lichtenstein cropped the image, so it focused on the woman rather than the whole image, and changed the dialogue in the speech bubble.

What you didn’t know 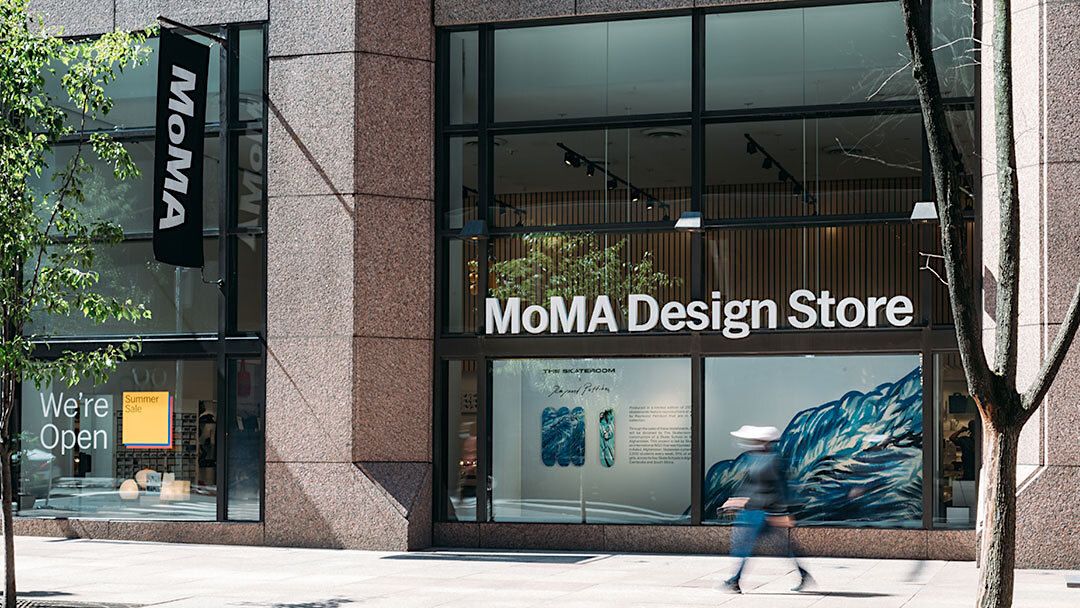 The MoMA has other properties in NYC. Further downtown in SoHo is one of the museum’s design stores, which sells home products from furniture to décor. However, beyond shopping for new home décor is an extension of the museum located in the borough of Queens. Founded in 1971, it was originally a separate institution called PS 1 Contemporary; it merged with the MoMA in 2000 and was renamed in 2010 to honor the merger’s 10th anniversary. MoMA PS1 focuses exclusively on modern art from the mid-1900s up until today.

Art + ArchitectureThis Manhattan museum is telling the history of enslaved people on the island
Tagged
Museums New York, NY, United States
What did you think of this story?
Meh
Good
Awesome