When Meredith Horsford began working at the historic Dyckman Farmhouse in 2015, she noticed an interesting feature of the Dyckman family tree hanging on the wall above the mantle.

“It was basically a snapshot in time of who lived in this house around the 1820s,” she recalls. “So of course it talked a lot about the Dyckmans — born on this day, died on this day, first and last name — and then at the bottom the family tree has these silhouettes on it of enslaved men and women, and there’s no information. And it just really stood out to me as, first of all, something that if I were a visitor, I would immediately ask more about.”

Today, Horsford serves as the executive director of the Dyckman Farmhouse museum. She’s spearheading a project called DyckmanDISCOVERED, which aims to bring to the public eye for the first time some of the lost and forgotten enslaved people who worked and lived on the farmhouse.

The farmhouse itself, which is located in the Inwood neighborhood at the northernmost tip of Manhattan, has a long history that parallels the evolution of the United States itself. It was first built by Jan Dyckman, who moved in the 1600s from Westphalia in northwestern Germany to what was then known as New Amsterdam. When the Revolutionary War broke out in 1775, the Dyckman homestead was located at 210th Street and the East River, surrounded by orchards and difficult-to-develop rocky farmland. The family decided to flee the violence of the war, and it’s a good thing too. When they returned, they discovered their home and the surrounding orchards were completely destroyed.

The enslaved people owned by the Dyckman family were instrumental in rebuilding the home, which the family moved to Kingsbridge Road. Today, the street is known as Broadway. When I ask Horsford what the museum knows about the role the enslaved people might have played in the household or on the farm, and what their relationship with the family might have been like, her answer is simple and devastating: “I don’t know, is the really short answer,” she says. “We don’t have any of that information.”

“They kept very little in the way of records to indicate, you know, where these people had come from, what languages they spoke, what skills they possessed, what their responsibilities were on the farm,” Horsford says. “So what we’re trying to do with this project is get a feel for what this scenario might have been like in northern Manhattan for people who were enslaved.”

There is already a glimmer of hope that it might be possible, with a little creative thinking, to pay homage to people who helped build the Dyckman’s legacy. With help from the New York Community Trust, the Dyckman Farmhouse museum hired a research assistant who uncovered the names of six people enslaved by the Dyckman family: Hannah, Francis Cudjoe, Will, Gilbert, Harey, and Blossum. A fuller picture of their lives is coming together. Francis Cudjoe, for instance, was freed (or manumitted) by Jacob Dyckman, the great-grandson of Jan Dyckman, and worked on the farm for at least a decade. Meanwhile, Hannah, who came to the farmhouse after Francis, served as a cook and smoked a corncob pipe.

This isn’t history you’re going to find at most museums. In the West, museums often display precious works of art but don’t say how they were acquired (were they plundered, perhaps, in the aftermath of war or colonization?). And, as Horsford points out, enslaved people are often depicted at historical sites “in a negative light, with exaggerated features.” But she says there’s an even more egregious campaign of misinformation that goes on in museums — and, again, it has to do with what isn’t said.

“When I go to visit historic sites on my own time, the story that you get is that there are these beautiful things that these people were able to afford because they were wealthy,” she says. “A lot of these sites don’t really talk about the real history, about how these people became wealthy. That really just isolates one part, one very small piece of the history of this site. There were probably enslaved people on this land who enabled this family to become as wealthy as they did. They probably became wealthy off the backs of these enslaved people. I think to leave out parts of history on purpose or because they’re things that you want to shy away from is, in my opinion, not the way to go.” 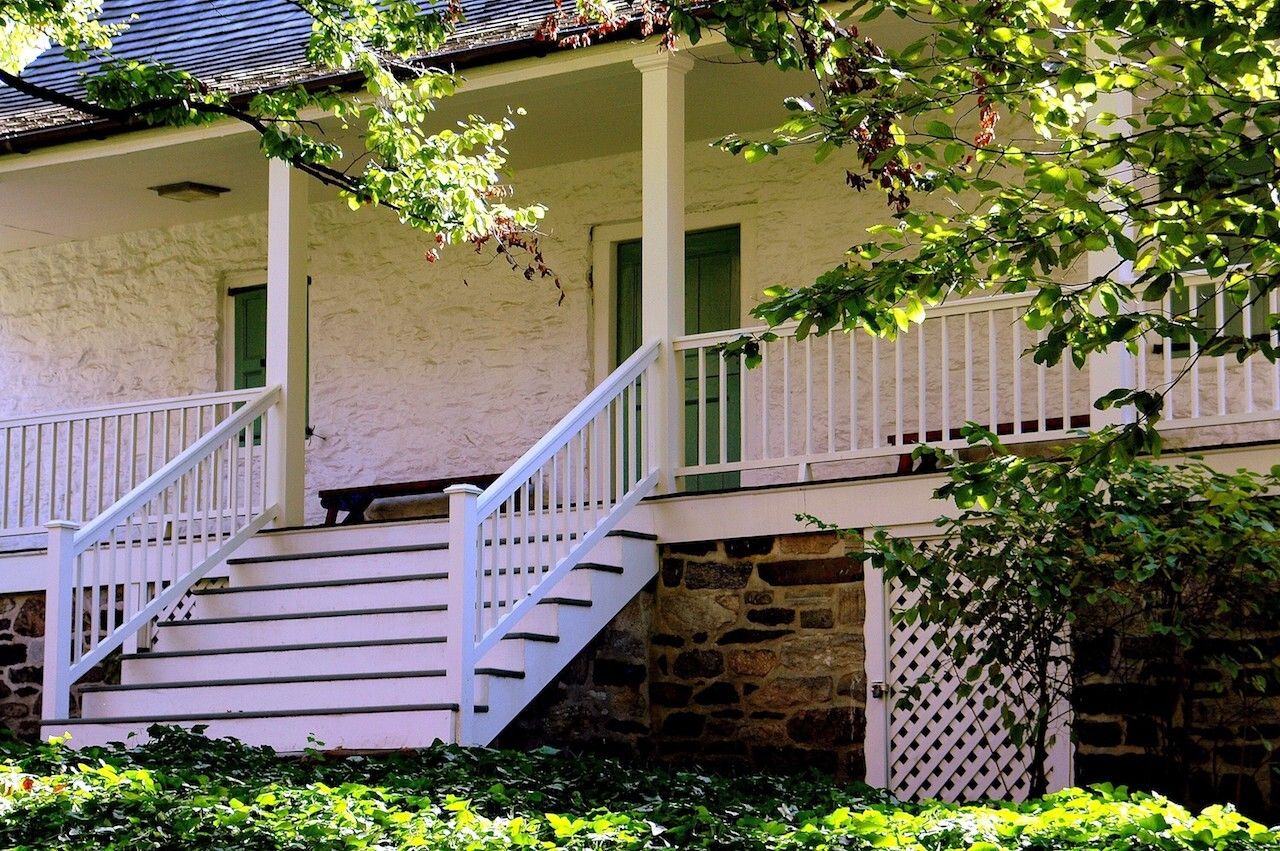 Horsford says visitors are eager to fill the gaps in the farmhouse’s history with more background on the enslaved people who lived there. They come in asking if the Dyckman family owned slaves, and if they treated them well. This question always rattles Horsford, who thinks that if you own someone, “you’re not really thinking of them as human.” Yet she also sees it as an opportunity to spark a conversation about the position of enslaved people in what we sometimes think of the so-called enlightened North.

“Sometimes I would say this to visitors, not in a rude way, ‘How do you treat someone that you own?’” She says. “And then I think people are kind of like, ‘Oh, I hadn’t really thought of it in that perspective.’ And so that can also create a dialogue.”

For Horsford, getting people to talk to each other is the main thrust of DyckmanDISCOVERED. She wants visitors to feel comfortable asking uncomfortable questions about slavery in Manhattan, the role of enslaved people in boosting the Dyckman family to prosperity, why the family neglected to record their history, and perhaps even to speculate on their day-to-day lives. Those are all integral parts of the history of the farmhouse that have been brushed to the side for too long.

In an effort to facilitate that discourse, three artists — Gwendolyn Black, Sheila Prevost, and Rachel Sydlowski — will erect art installations in different rooms of the farmhouse based on the unearthed information about the enslaved people who lived there. The exhibit will open in mid-October (the date isn’t set in stone yet, and the exhibition will open to members of the same household by appointment only to encourage social distancing within the small space).

DyckmanDISCOVERED is reframing the entire history of the farmhouse by showing not just that the family persevered for hundreds of years but that they did it with the servitude of people that they owned who have just as much a right to the story of the house as the Dyckman family themselves.

NewsBerlin Museum Will Give Back Mummified, Tattooed Māori Heads To New Zealand
Tagged
Art + Architecture Museums
What did you think of this story?
Meh
Good
Awesome

The 11 Best Dive Bars in Manhattan

Where To Go on Your Tinder Date in Manhattan

10 Core Differences Between Brooklyn and Manhattan

8 Places To See in Manhattan Before They Go Extinct

6 Signs You're Broke as Hell in Manhattan

Narrative Archeology: Tales of Place in the Digital Age