While Catalonia’s independence movement has been grabbing headlines for the last few weeks, it is far from the only such movement in Europe. Catalonia is one of dozens of regions between the Caspian Sea and the Atlantic Ocean with a movement or political party looking to separate it from a larger nation. Some, like Scotland and Crimea, are a bit better known than others, but in most cases the movements are tied to a mixture of cultural and linguistic differences.

Interestingly, European history is defined by the often overlooked divides between what appear to outsiders as similar communities. The process of a larger nation breaking off into smaller states is even referred to as “Balkanization,” a term derived from the political turmoil of southeastern Europe during the decline of the Ottoman Empire.

Wykop.Pl created a map listing every independence/secessionist movement in all of Europe and parts of Asia. It is worth looking at every potential new state as even changes in a nation as small as Luxembourg can have profound effects on a continent as interconnected as Europe. 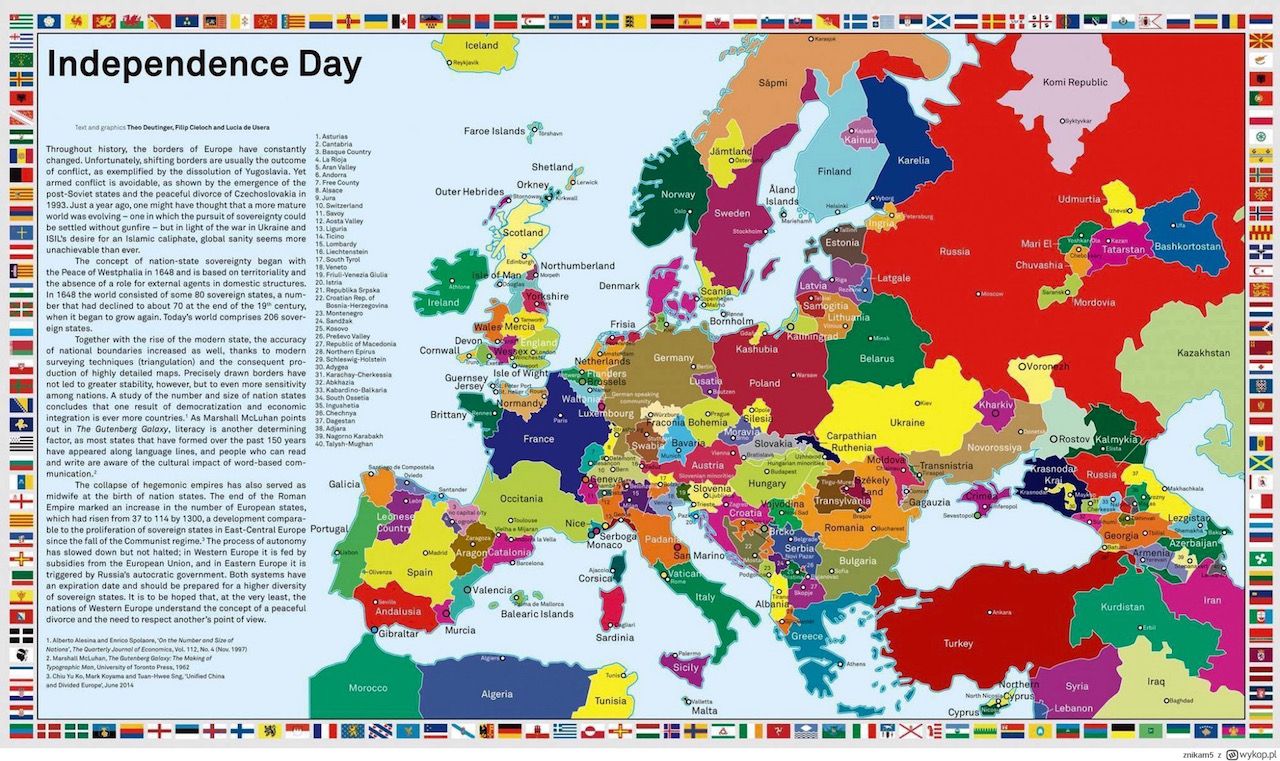