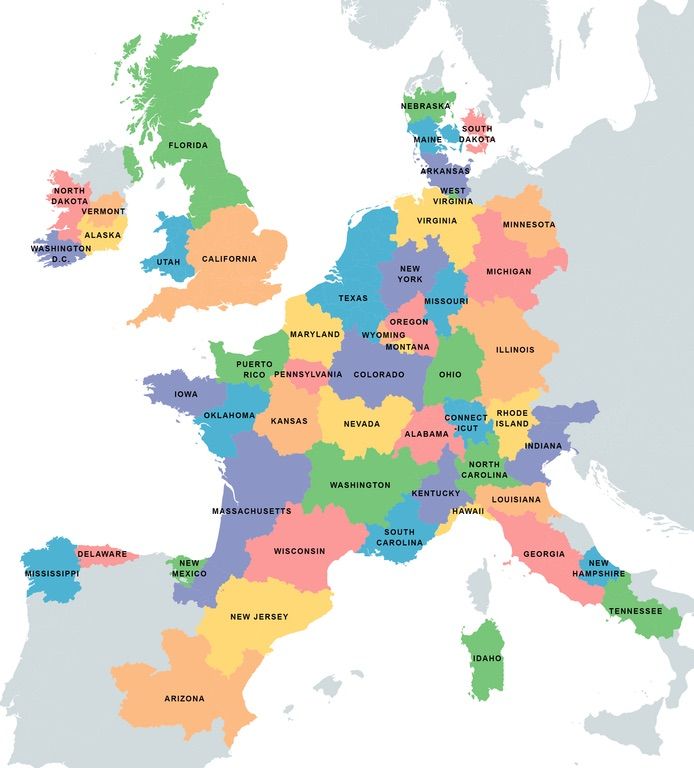 If your European geography is not up to date, check out this exact same map but with borders.

What surprises you most when looking at this map? Let us know in the comment section.