IN 2015, Bank of America Merrill Lynch (BAML) created a map based on data from the Department of Homeland Security showing the countries that supply the most immigrants to each US state when Mexico is excluded from the count.

In the caption, BAML states that California, New York, Texas and Florida have the highest numbers of immigrants in the nation and explains that “immigration in the US is a source of population growth, economic stimulus, and social and political change.” 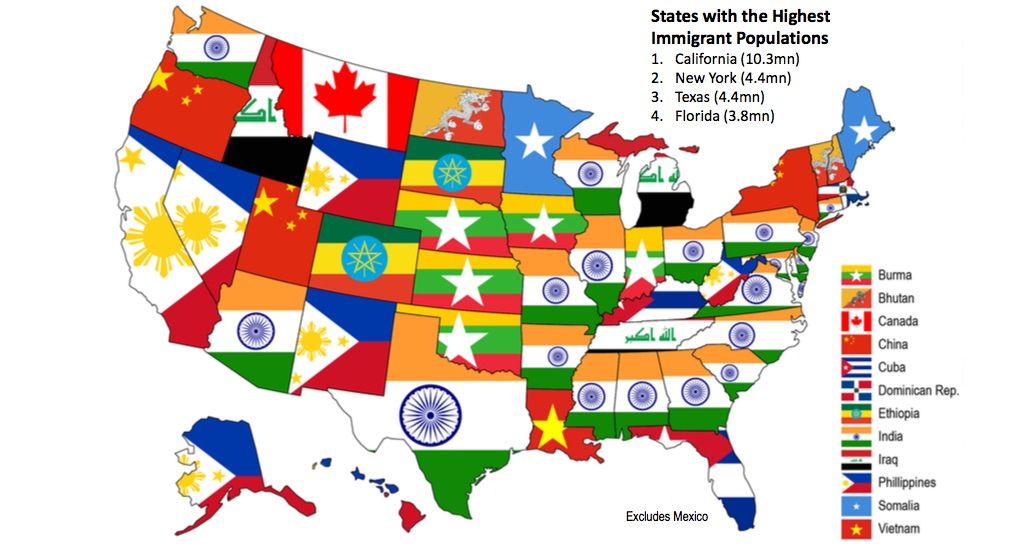 Maps + InfographicsMapped: Where Do Europeans Emigrate To?