During the worst years of the European debt crisis, the media remembered the acronym PIGS and started using it again. Created in the early 1990s to talk about the (bad) economies of Portugal, Italy, Greece, and Spain, it fit perfectly the new economic crisis — as the Wikipedia puts it, those were the countries “unable to refinance their government debt or to bail out over-indebted banks on their own.” (The “i” meant here more Ireland than Italy, though.)

Things look a bit brighter now than in, say, 2008 (a friend told me back then we [Spain] would need at least 10 years to recover and I thought he was exaggerating — turns out his degree in Economics was more useful than my degree in Journalism to predict the economic future), but Southern Europe is still a difficult place to find a job. Migration trends within the EU reflect this situation: people migrate from the south to richer areas in Central and Northern Europe; from rural areas to the city. This is what Eurostat’s latest yearbook says, as illustrated on this map — orange means less population, blue means more people. 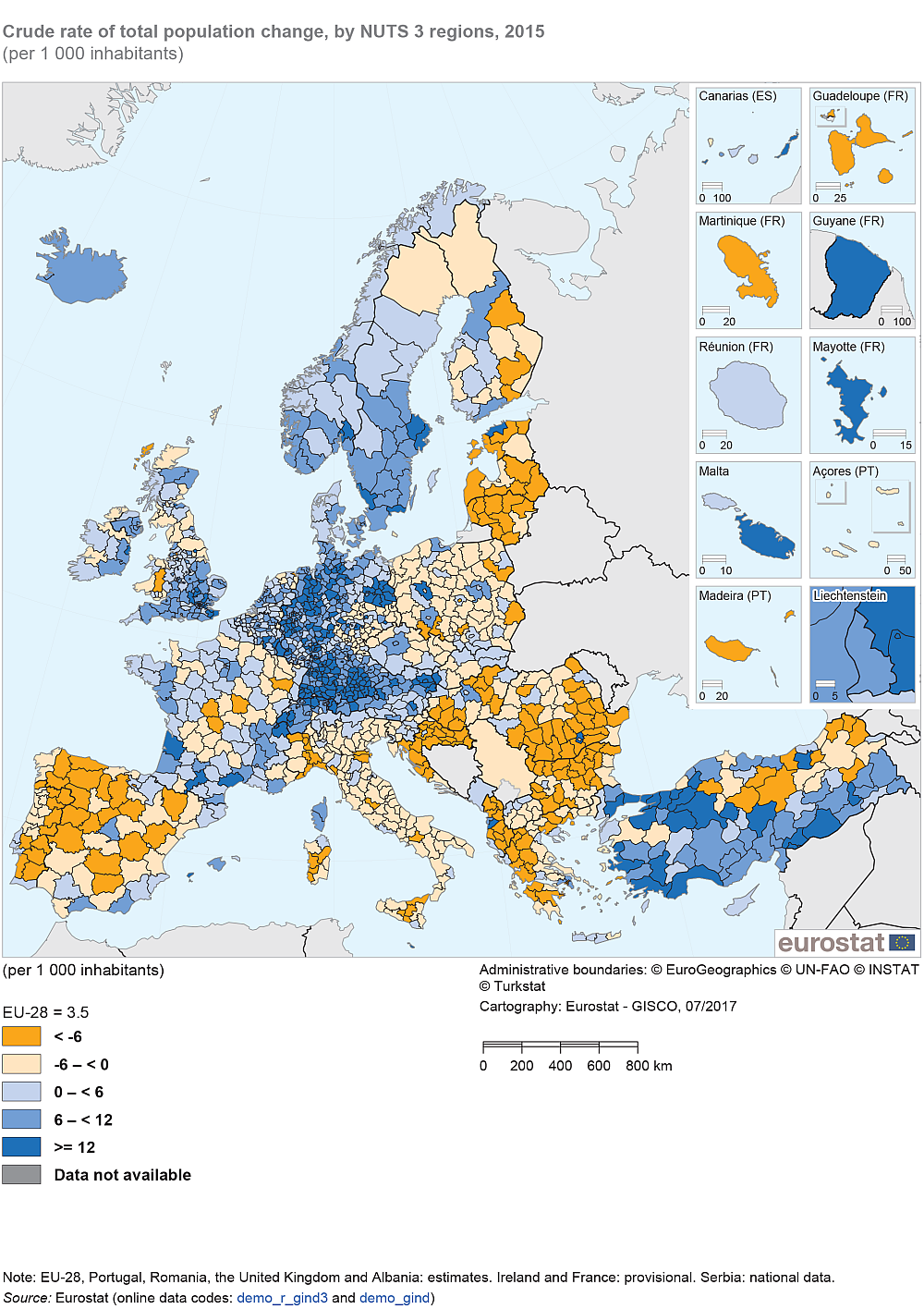