AT SOMEWHERE AROUND 100 YEARS OLD, Whang-od is the last living Mambabatok (tattoo artist) of her generation in Buscalan, a remote mountain village in the Kalinga province of the Philippines. She is a living connection to ancient tribal culture, a time when tattoos were part of a larger ceremony known as batok, which included chanting and recognition of one’s honor.

Whang-od first began at age 15, and continues today, with the simple setup of a thorn from a lime tree as the needle and a charcoal-water mix for ink. Thinking back to the earliest times when she gave tattoos to tribal headhunters and indigenous women, she jokes, “You [used to] get a tattoo when you kill because you have become a warrior. Now everyone gets tattoos.”

Whang-od has passed on the practice to her grandnieces, Grace Plaice and Ilyang Wigan, who tattoo alongside her, and will carry on the tradition, as she explains, “when I can no longer see.” 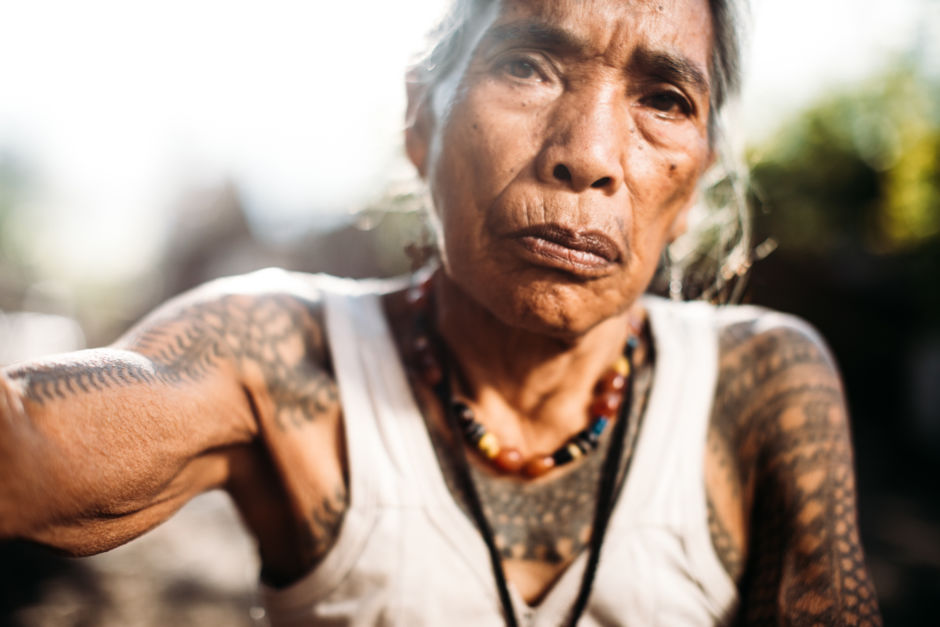 “Growing up in the mountains, you still see the elders with tattoos, and you hear that they all used to have them, but then when Christianity and modernization came, it died down.” — Ed Aga Mos

“I’m happy and proud to share our culture,” Whan’od’s grandniece Grace Plaice noted. “And I hope that people who come to visit us are happy too because it’s not easy to come all the way up here.”

Reaching the remote village to be tattooed by Whang-od has taken on the quality of a pilgrimage.

About a decade ago, the first outsiders showed up to Buscalan. They were either other tattoo artists who’d heard of Whang-od, or guests from Manila. Then, in 2009, a Discover Channel documentary about Whang-od led to a large number of people beginning to visit Buscalan, with upwards of 20-30 people a day coming to be tattooed. This has continued to this day. For many travelers, reaching the remote village to be tattooed by Whang-od has taken on the quality of a pilgrimage. 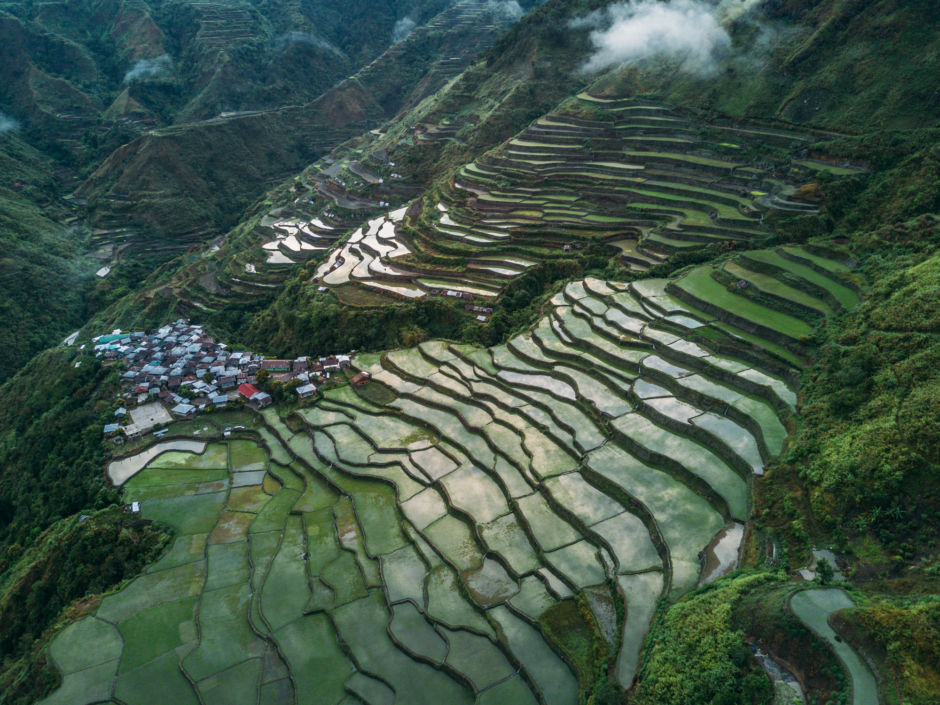 The remote village of Buscalan, in the Philippines’ mountainous Kalinga province. These mountain villages were strategically built high on mountainsides to be more easily defended from invaders, as well as to create terraces for agriculture.

“There’s good and bad things about this,” explained Ed Aga Mos, owner of the sustainable tourism outfitter Tao Philippines, which helps guests organize visits to Buscalan. “The bad side is the uncontrolled influx of tourism. So that means trash, more consumption of what they [the tourists] have, bringing in things to satisfy their visit.”

He adds, however, that “tourism gives them [the locals] the whole idea to preserve this culture, and that everyone benefits from tourism.”

29 phrases to get you started learning Pidgin English