The Michelin Guide was originally created in 1900 to help French travelers find decent lodging on the road, but as is often the case with the French, the focus eventually shifted to food — real fancy, expensive food. Michelin stars often call to mind European fine-dining or exclusive restaurants, which can charge diners $300 or more per person. But eating the world’s most coveted meals doesn’t have to require an advance on your salary. In fact, there are a number of Michelin-starred meals under $30. Many of them are in Asia at local-favorite street food vendors that have enough of a following to attract the attention of the Michelin Tyre Company. Others are unpretentious cuisine in cosmopolitan foodie cities like New York City and London. These are the nine cheapest Michelin restaurants where you can taste high-quality food without a shocking bill.

Estimated cost: S$2 (US$1.46) for a plate of soy sauce chicken served with rice 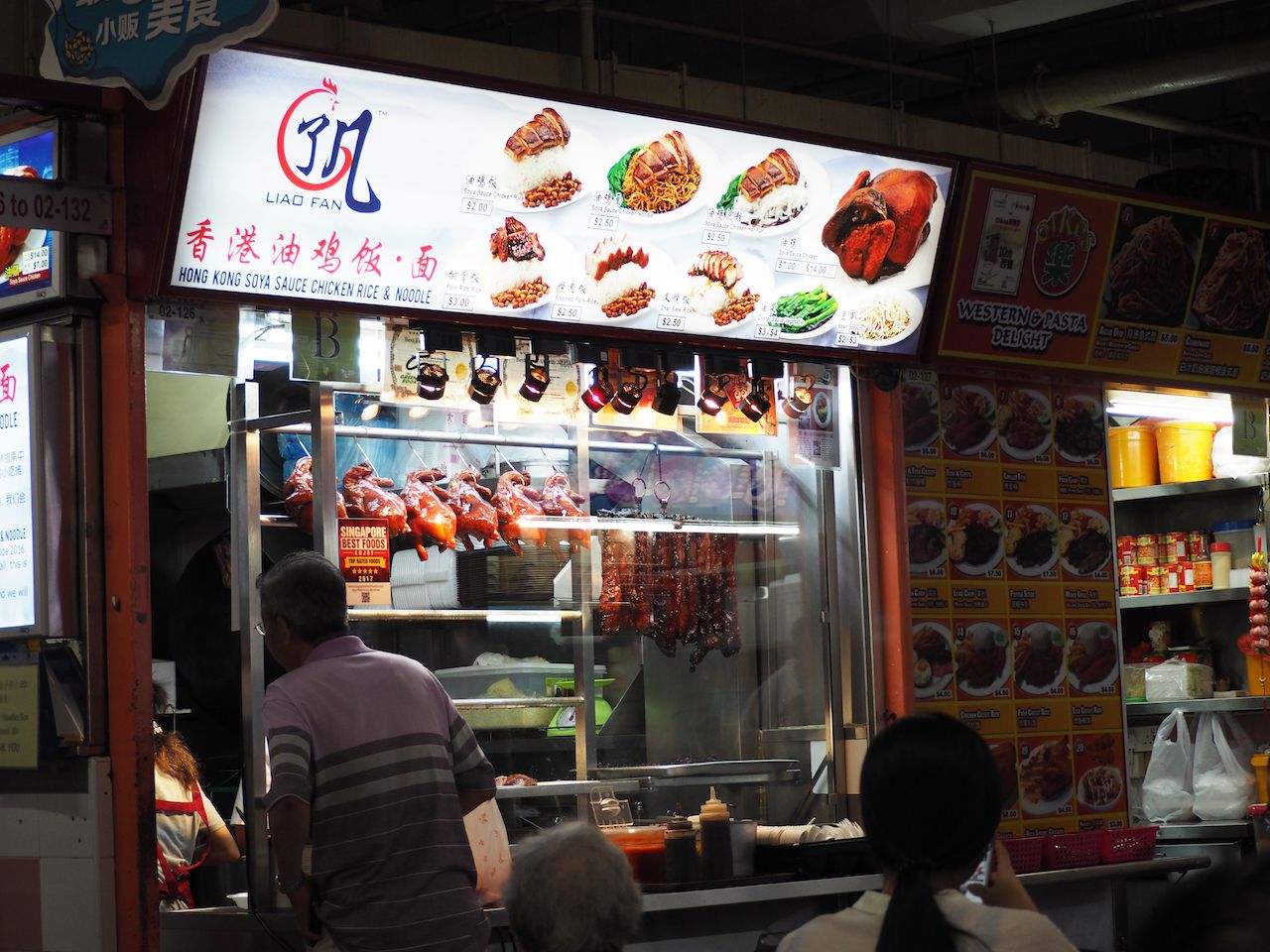 Owned by humble hawker chef Chan Hon Meng, Hong Kong Soya Sauce Chicken Rice and Noodle was featured in Singapore’s first Michelin guide in 2016. For the first time ever, a street food stall was awarded a Michelin star. From the outside, Hong Kong Soya Sauce Chicken Rice and Noodle does not look much different than the other simple stalls in the Chinatown Complex hawker center. However, its scrumptious signature dish — soy sauce chicken slow-cooked in the traditional Hong Kong style — is unquestionably worthy of the coveted star. Beat the long queue at the Chinatown Complex, and you can enjoy a Michelin meal that is cheaper than a Big Mac from McDonald’s. 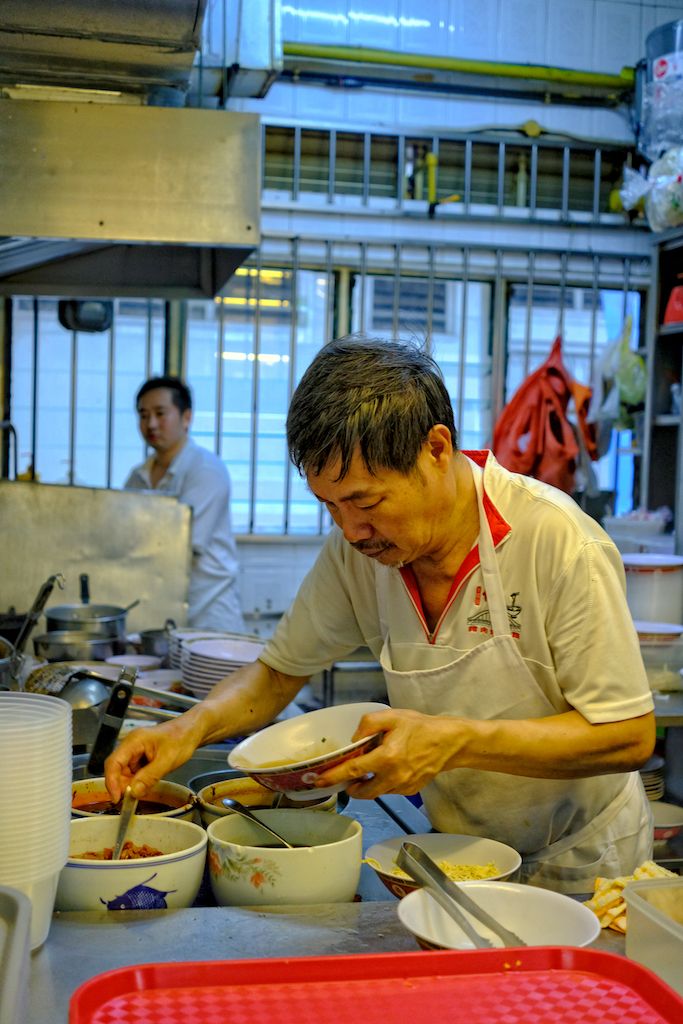 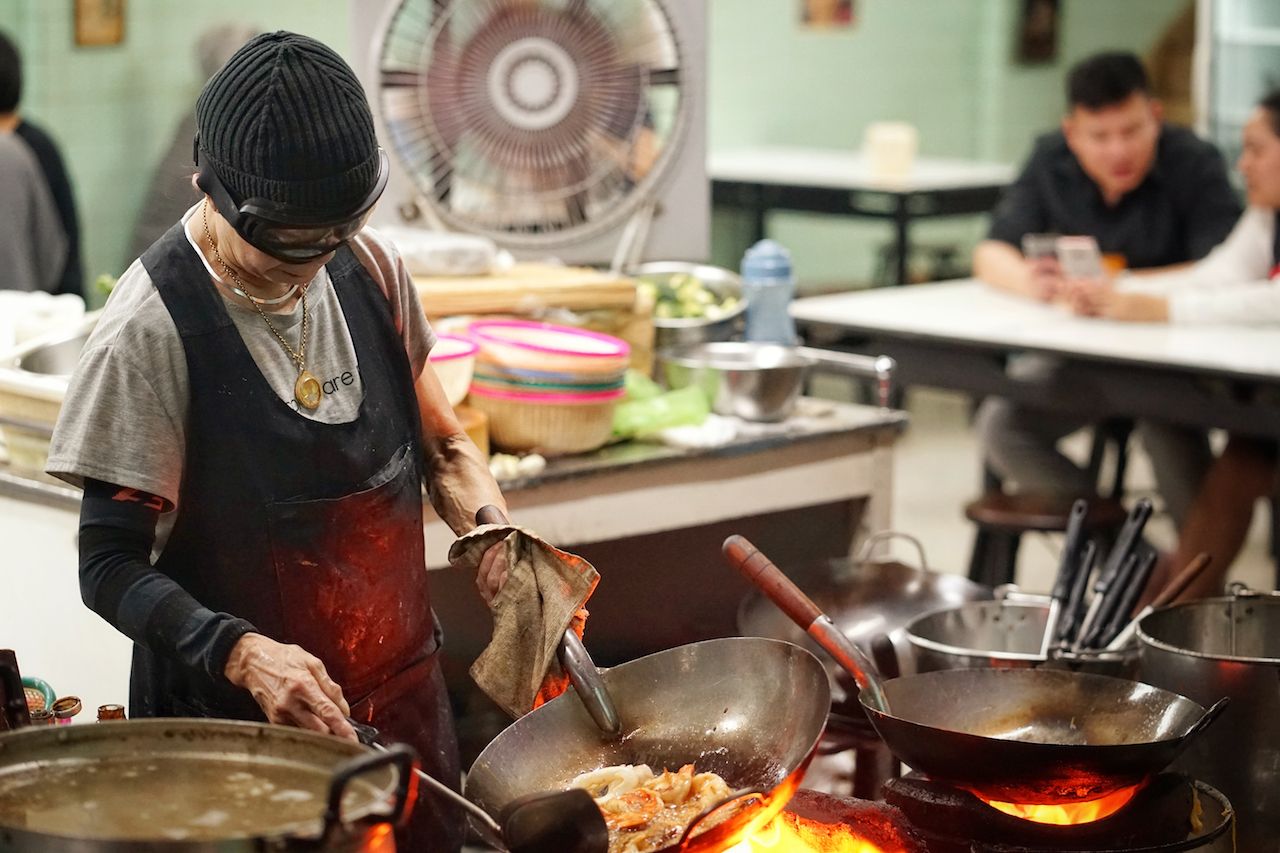 Never before had Southeast Asian street food caused such an international sensation. The eccentric personality of female chef Auntie Fai, known as the “Queen of Thai street food,” shines through her cooking process at Jay Fai in Bangkok’s Old Town. While stir-frying over a charcoal stove, the chef (who is now in her 70s) always wears safety goggles to protect her eyes from the constant hot oil splash. People often come to Jay Fai’s street food vendor for her pad kee mao, spicy stir-fried noodles with seafood also known as “drunken noodles,” and crab omelets. 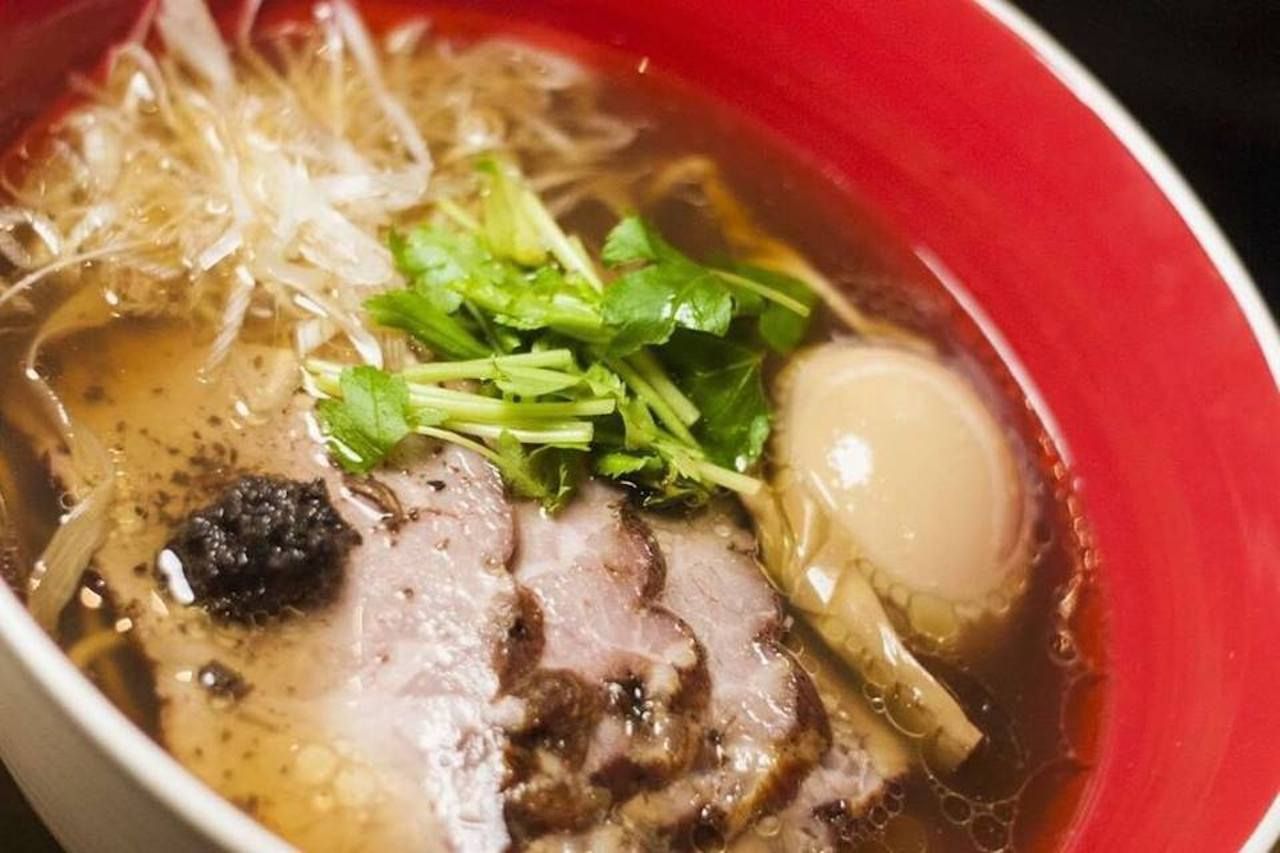 Awarded a Michelin star in 2015, Tsuta Japanese Soba Noodles became the world’s first Michelin-starred ramen restaurant. If you manage to understand the complicated queuing system and are able to snag a seat, you should definitely try chef Onishi Yuki’s classic Shoyu Soba with soy-based sauce and truffle oil. 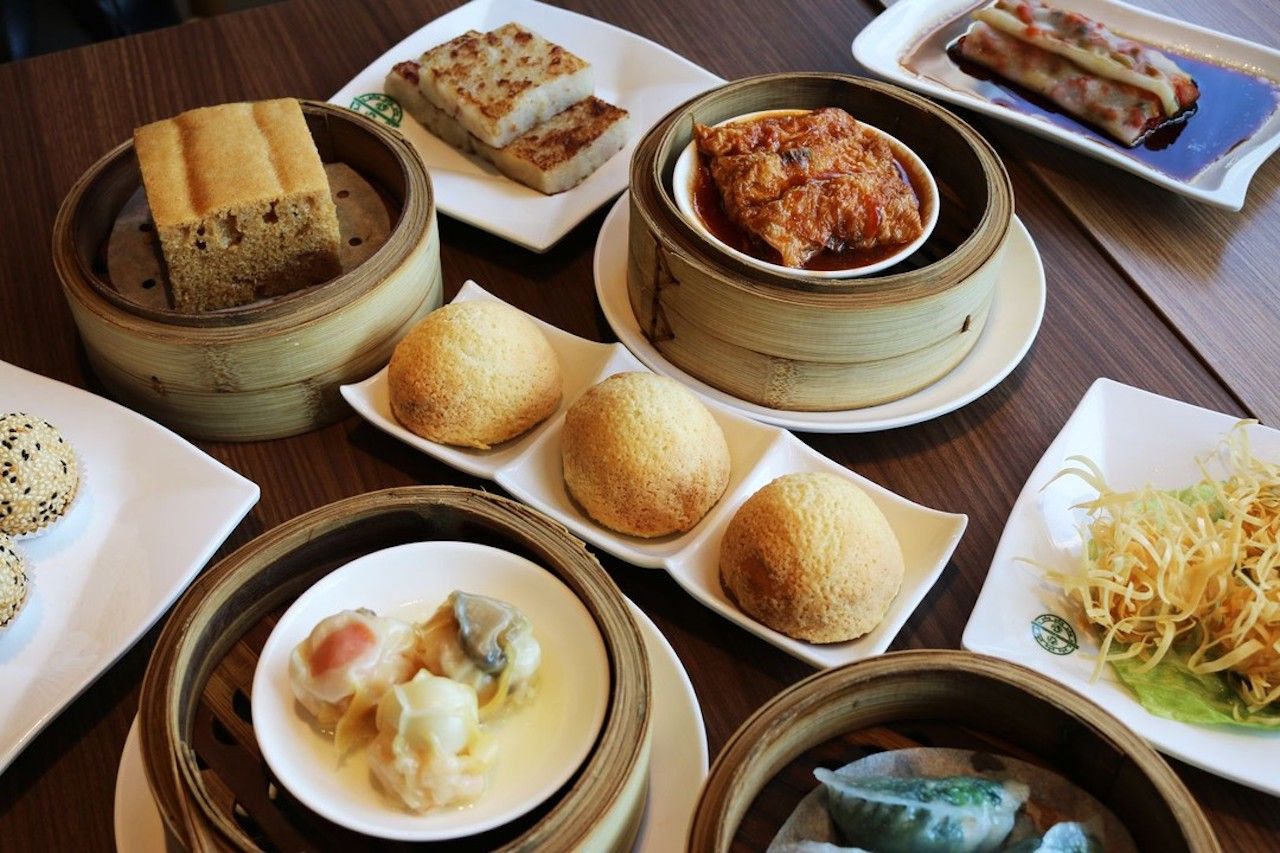 Tim Ho Wan is a prominent franchise specializing in dim sum. Although many Tim Ho Wan restaurants are operated in Asia, only the one in Sham Shui Po in Hong Kong has a Michelin star. Compared to other Michelin-starred dim-sum restaurants in Hong Kong, such as Spring Moon and Shang Palace, Tim Ho Wan is the cheapest one, best known for renovating the traditional recipe of baked pork buns. The puff pastry outside each bun is crunchy and the BBQ pork inside is melt-in-your-mouth delicious. 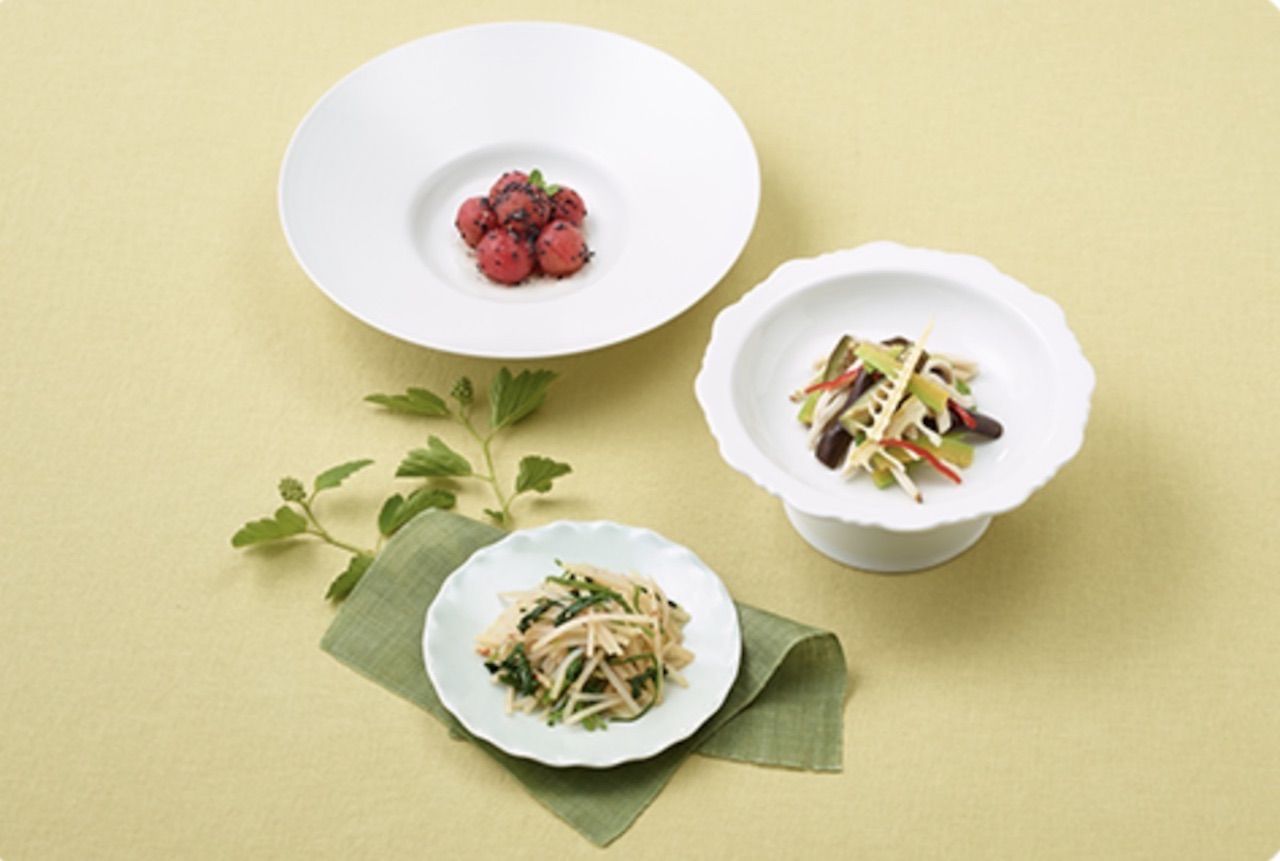 The healthy vegan food served at Balwoo Gongyang in downtown Seoul is Korean temple food, which they say has a meditative effect on the diner’s body and soul. Not only does Balwoo Gongyang introduce the traditional Korean cuisine, but it also promotes the values of the Jogye Order of Korean Buddhism. The restaurant offers a variety of set menus, which change seasonally.

Estimated cost: Starters from $3 and main dishes from $15

Despite having one Michelin star, State Bird Provisions in San Francisco is a casual place where customers experience a dim-sum style meal. As the laid-back restaurant serves a modern blend of American cuisine, fusion food is the highlight of the menu. Some distinctive dishes are the Vietnamese-inspired pork belly and stone fruit salad, Italian-inspired chanterelle-yuba all’amatriciana, and Korean-inspired ‘fried rice’ a la plancha with kimchi. The farm-to-table plates at State Bird Provisions represent, to some extent at least, San Francisco’s hippie spirit, as well as its melting pot status. 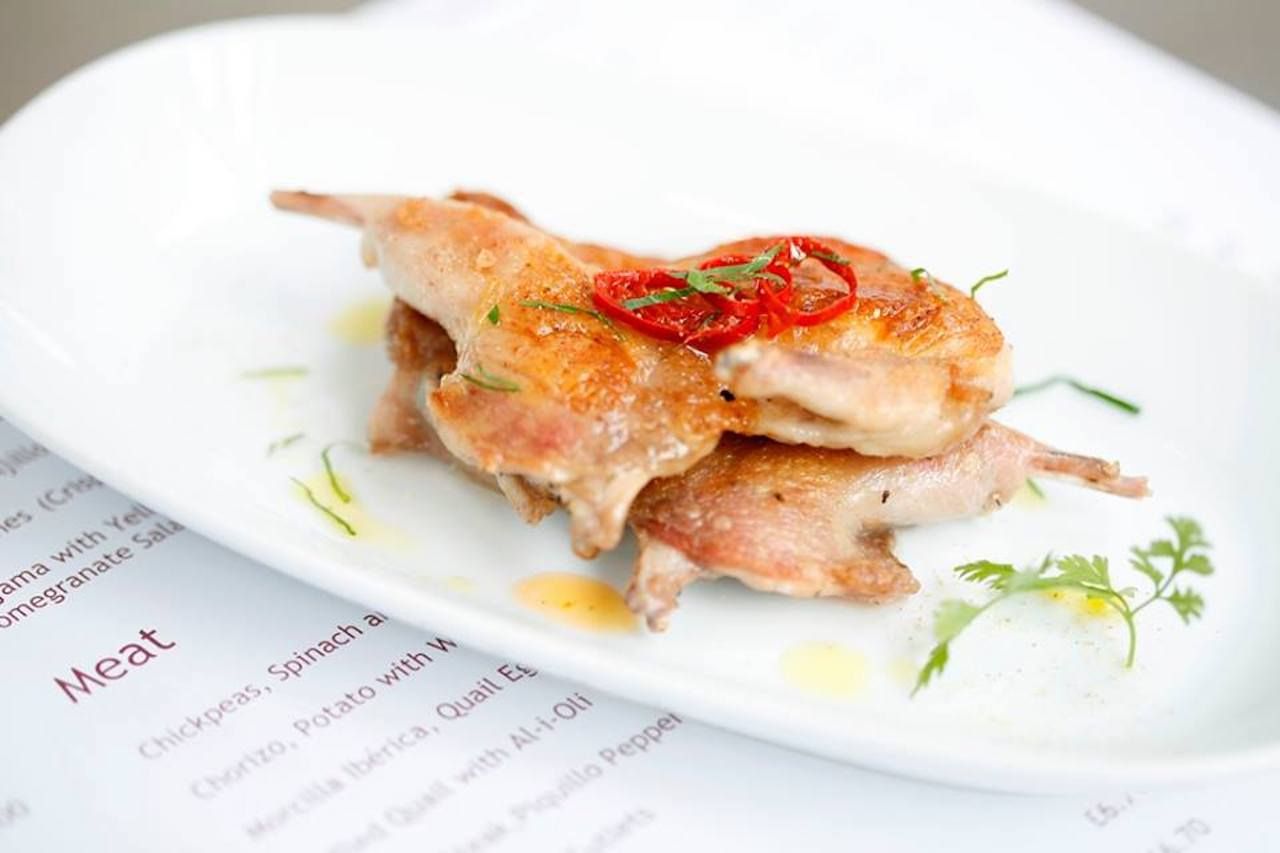 The vibrant and exciting tapas bar Barrafina is a hotspot in London’s Soho. The restaurant used to be located on Frith Street but moved to Dean Street in 2016. The authentic Spanish food created by Bilbao-born chef Nieves Barragán Mohacho garnered Barrafina a Michelin star. Although the chef has left the restaurant to pursue her own venture, Barrafina is still popular among food lovers and has a great selection of tapas, from classic tortilla to grilled quail with aioli. 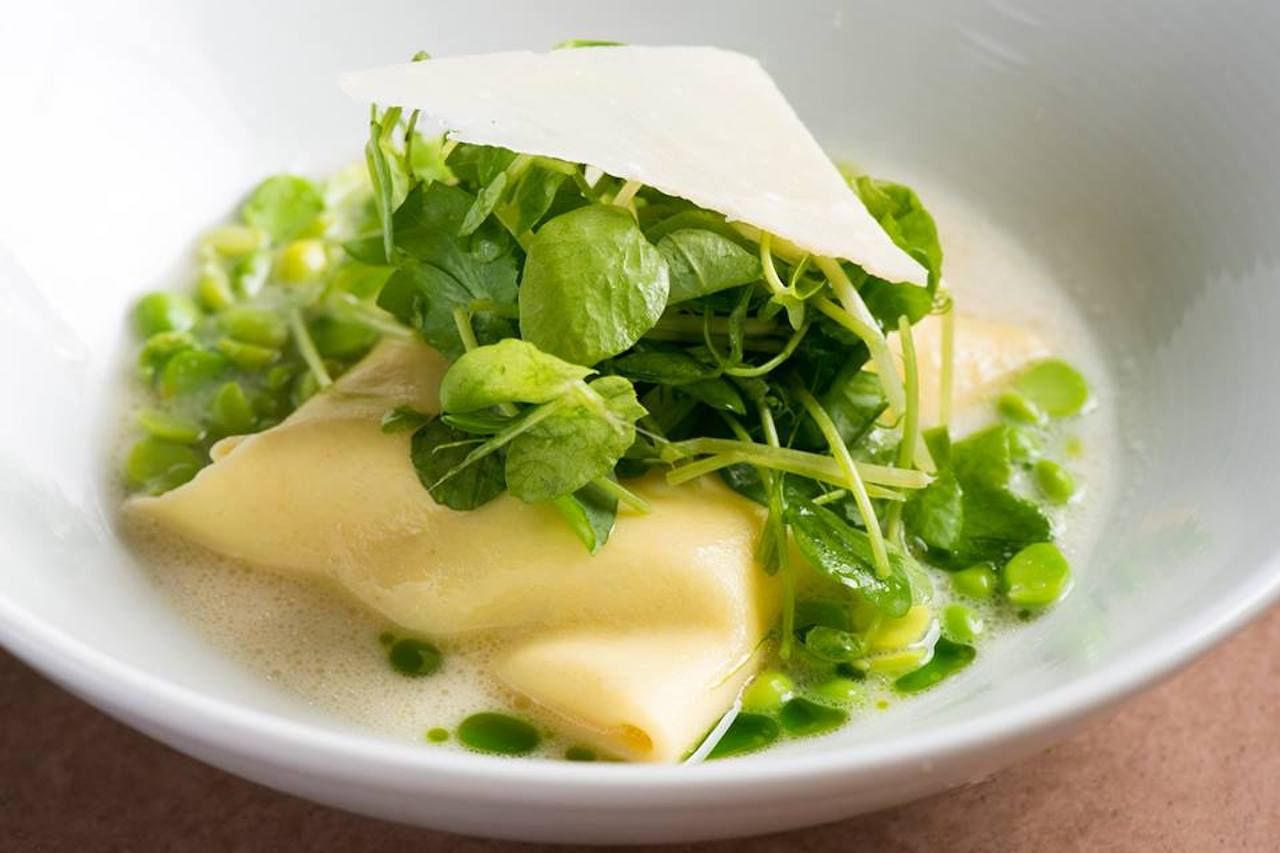 Meadowsweet in Brooklyn offers an interesting interpretation of Mediterranean cuisine. Spanish octopus and spiced duck breast are among the restaurant’s farm-to-table dishes. Opened in 2014, Meadowsweet is the brainchild of husband-and-wife team Polo Dobkin (the chef) and Stephanie Lempert (the director of operations). The countryside and cozy setting reflect the owners’ down-to-earth character and give the restaurant a more mellow vibe than the majority of Michelin-starred establishments.