Esther Tseng fondly remembers the church outings and sporting events of her youth in Wisconsin — but mostly because afterward, her dad usually insisted that the family stop for frozen custard.

“Probably the only person who loved frozen custard more than me was my dad, who would always jump at the chance and get visibly excited whenever the prospect of frozen custard came up,” Tseng, a freelance writer now living in Los Angeles, tells me.

Not only did Tseng receive frozen custard as a reward for participating in sports, but it was a mainstay in her social life, too. Stopping for frozen custard was among the favored activities in every group of Tseng’s friends. Her favorite custard spot growing up was Kopp’s in Glendale, WI, where the set rotation of flavors is always vanilla, chocolate, and strawberry.

Those “smooth, buttery, thick and round cords of frozen custard being churned out of the rotating mouths of their continuous metal freezers,” as Tseng describes the quintessential visual associated with frozen custard, evokes the feelings of not just nostalgia but also near-fanatical levels of devotion and loyalty for the treat and specific frozen custard shops.

“In a three-day weekend trip to St. Louis, we typically feast on the all powerful custard two or three times,” says Dan Stellfox, a teacher from Chicago. “Sometimes meals are foregone for the sake of Ted.” Ted, in this case, refers to Ted Drewes, a family-owned frozen custard chain founded in Missouri.

Stellfox tells me that he actually prefers ice cream over frozen custard, except when it comes to Ted Drewes, which eclipses all other dessert destinations.

“I’m usually a chocolate person, but I get fruit because it’s always so fresh and juicy and the chunks of fruit explode with every bite,” he says. “Some special sundaes have literal chunks of freshly baked pie in them. They will make a grown man cry.”

His favorite order is the “undefeated” blueberry marshmallow concrete, to which he sometimes adds pineapple to “really juice the party.” It’s the consistency that makes Ted Drewes custard so delicious — he’s yet to try a flavor that wasn’t a 10/10.

While many Americans from other parts of the country insist that frozen desserts should be reserved for the summer, Missourians (and those just passing through from other Midwest states) don’t believe in confining the consumption of frozen custard only to certain seasons.

Stellfox has witnessed lines wrapped around the building at the Ted Drewes St. Louis location in March in the midst of a coldsnap, and from Thanksgiving to Christmas Eve the company sells Christmas trees outside the custard shop. In November and December customers show up not just to buy festive decorations, but custard, too — no matter how cold it is outside.

“For my brother and I, we’d go if it’s five degrees and 10 feet of snow,” Stellfox says. “That’s when hot fudge enters the chat. At Ted’s, there are no sad days.”

If you’re from Minnesota, Wisconsin, Missouri, or Michigan, frozen custard likely inhabits an almost mythical place in your childhood memories. Through both summer and winter, it’s the dessert that best represents the Midwest, and it’s the one that you have to try if you’re traveling through.

What is frozen custard

The main differentiating factor between ice cream and frozen custard is that the latter contains eggs (which thickens the mixture), among a few other classifications according to federal regulations. Most devotees of the dessert agree that it’s also denser and creamier than regular ice cream. Tseng describes the the texture as “unmistakably so much richer, creamier, and cohesive.”

“If ice cream is leather, then custard would be velvet,” adds Arie Knutson, a food and drink editor who worked at a frozen custard shop in Minneapolis as a teenager.

The history of frozen custard 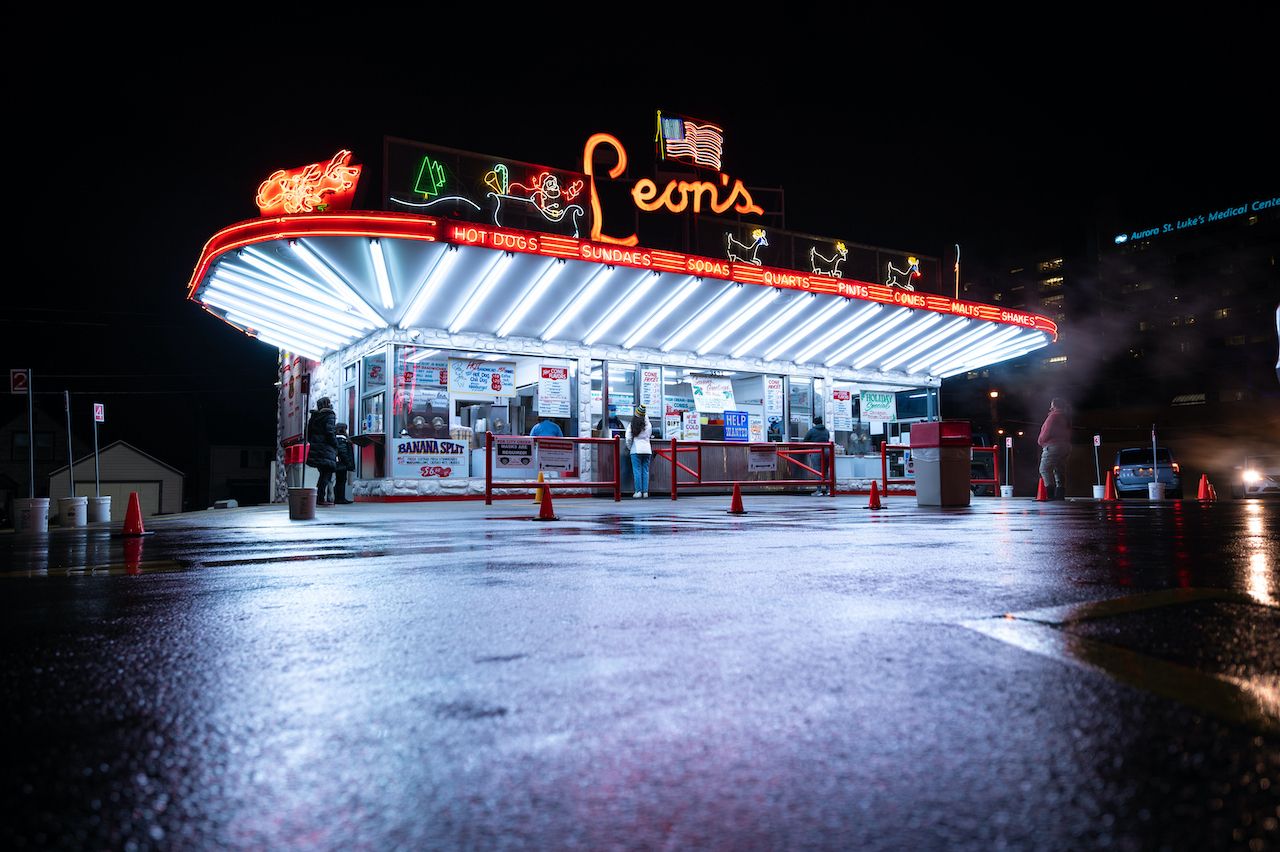 Frozen custard might be a staple food in the Midwest today, but to find its origins, you have to look to New York. The Kohr Brothers — Archie, Lester, and Elton — invented the dessert in 1919 and sold it on the Coney Island boardwalk for a nickel. The brothers were among the first businessmen to add eggs to the ice cream mixture to stiffen it up so that it wouldn’t melt in the summer heat. Today, Kohr Brothers frozen custard is ubiquitous on the Jersey Shore.

The 1933 World’s Fair, which took place in Chicago, brought frozen custard to the Midwest. It caught on quickly, especially in Wisconsin. The not-so-secret secret of the dessert’s popularity in the region can probably be credited to the abundance of dairy products and farms in the Midwest. In Wisconsin, there were some 125,000 dairy farms in the 1930s. Today, the state is still one of the biggest dairy producers in the country.

Frozen custard may have even helped keep businesses in Wisconsin open during prohibition: Breweries pivoted to selling dairy products like cheese, ice cream, and, of course, frozen custard. The reason is simple: Milk was so abundant, while alcohol remained banned (at least officially). Speaking to Insider, one expert remarked that, “Beer isn’t what made Milwaukee. It’s the custard.”

Given its legacy as the center of America’s dairy industry, Wisconsin is considered the “unofficial custard capital of the world,” while Milkwaukee has the highest concentration of frozen custard shops in the world. The original three Milkwaukee custard shops — Gilles, Leon’s, and Kopp’s — are still operating today, but the menus have changed drastically since each first opened. Until 1960, there were only two flavors on the menu at most custard shops: vanilla and chocolate. Kopps was the first shop to offer a flavor of the day (a swirl of both flavors), and the rest followed suit. Today, you can find a variety of options, including butterscotch, raspberry, and rootbeer.

Where to try frozen custard in the Midwest 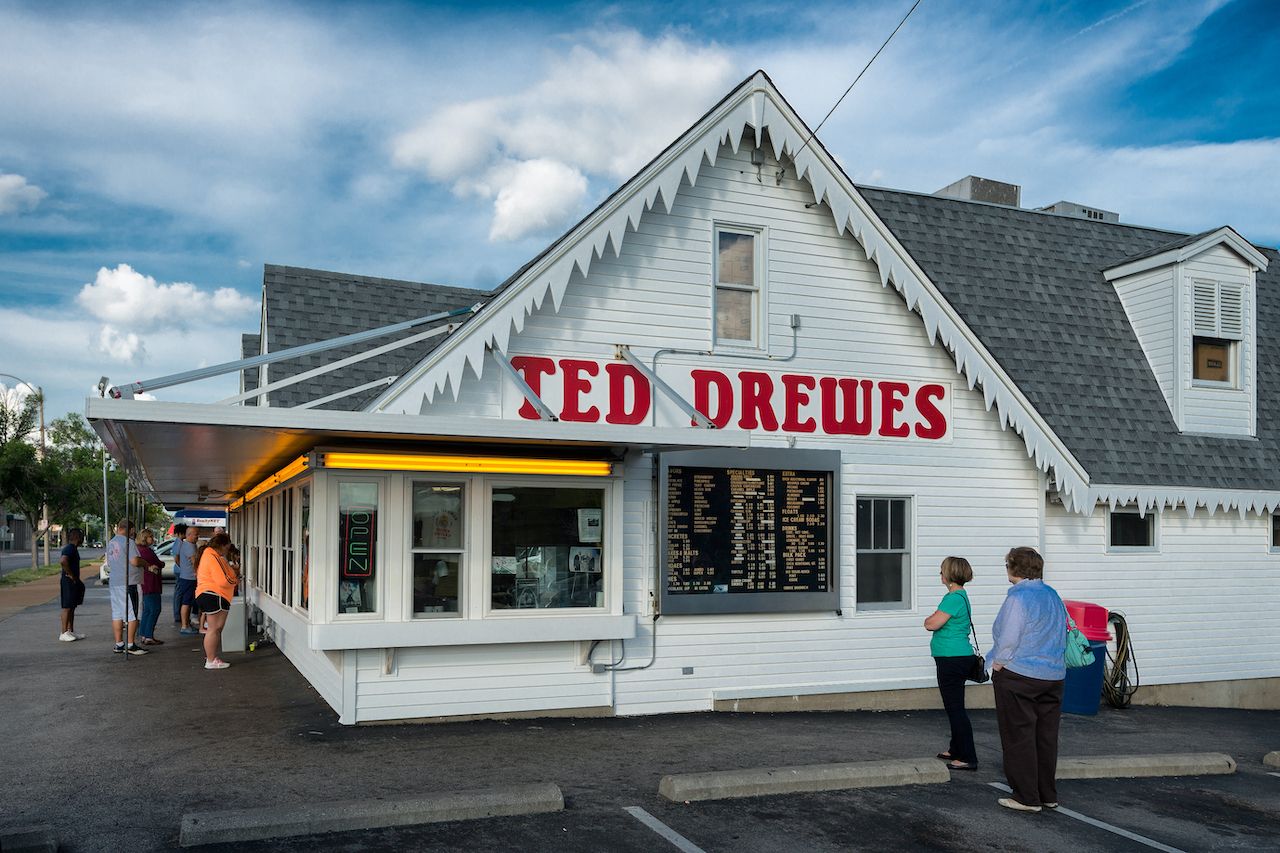 Kopp’s Frozen Custard: Kopp’s has the nostalgic feel of a drive-in diner. Burgers, onions rings, and grilled cheese sandwiches hit the savory notes, but most people stop in for frozen custard. Sure, the menu offers the traditional options like strawberry and peanut butter, but it’s the featured flavors that are worth stopping in for, from the chocolate banana cream pie sundae to Cohenhead — vanilla custard “loaded with chocolate cookie cone pieces.”

Leon’s Frozen Custard: Leon’s opened in 1942, and its retro decor reflects its roots. Stop in for a chili dog, floats in flavors like lemon and lime, and its signature banana split. The frozen custard menu is limited, featuring usually just vanilla, chocolate, and butter pecan, but the rotating flavor of the day keeps people coming back.

Gilles Frozen Custard: Established in 1938, Gilles claims to be Milwaukee’s original frozen custard shop. The flavor of the day calendar features some enticing flavors like raspberry cheesecake and “heavenly chocolate.” The hot food menu includes items like cheese curds and fried fish, and a long list of sundae options including the Lollapalooza — bananas, marshmallow, pineapple, strawberries, and pecans, all layered between two scoops of frozen custard.

Erma’s Original Frozen Custard: Erma’s features treats you won’t see on other frozen custard shop menus, like the “Creamee Freeze” — frozen custard mixed with slush in flavors like cherry and blue raspberry. “Explosions” are custard mixed with your choice of two toppings, ranging from marshmallow to cake batter. The flavor selection is limited: Chocolate, vanilla, and a twist of both flavors are available every day, plus a rotating cast of three daily special flavors.

DessertHawaiian Shave Ice Is Light, Flavorful, and Like Nothing Else You’ve Tried
Tagged
Dessert Food + Drink Missouri, United States Wisconsin, United States
What did you think of this story?
Meh
Good
Awesome