With most downtown professionals working from home, and capacity restrictions in place for major tourist attractions on the coasts, now is an ideal time for that road trip to the Midwest you’ve been putting off. Indeed, rather than blowing an outrageous amount of money on a mediocre, two-star hotel near the beach or in a New York highrise, a fall trip to the Midwest can provide the often-overlooked culture and ample breathing room that’s generally tough to come by in cities. That’s why we’re proposing a road trip to — and then out of — St. Louis, Missouri, covering everything from museums to urban parks, with no shortage of delicious food along the way.

To follow this itinerary overview, drive to or fly into St. Louis. You’ll need a car because from there, you’ll head either east or west — depending on whether you’d rather cruise Route 66 or visit the world’s largest ball of paint. With flights to St. Louis’ Lambert Airport coming in under $100 and as low as $39 from some cities this fall, there’s never been a better time to visit and explore St. Louis and the surrounding Midwest. Here’s what to see and do.

St. Louis is playing its hand as America’s next great destination city. 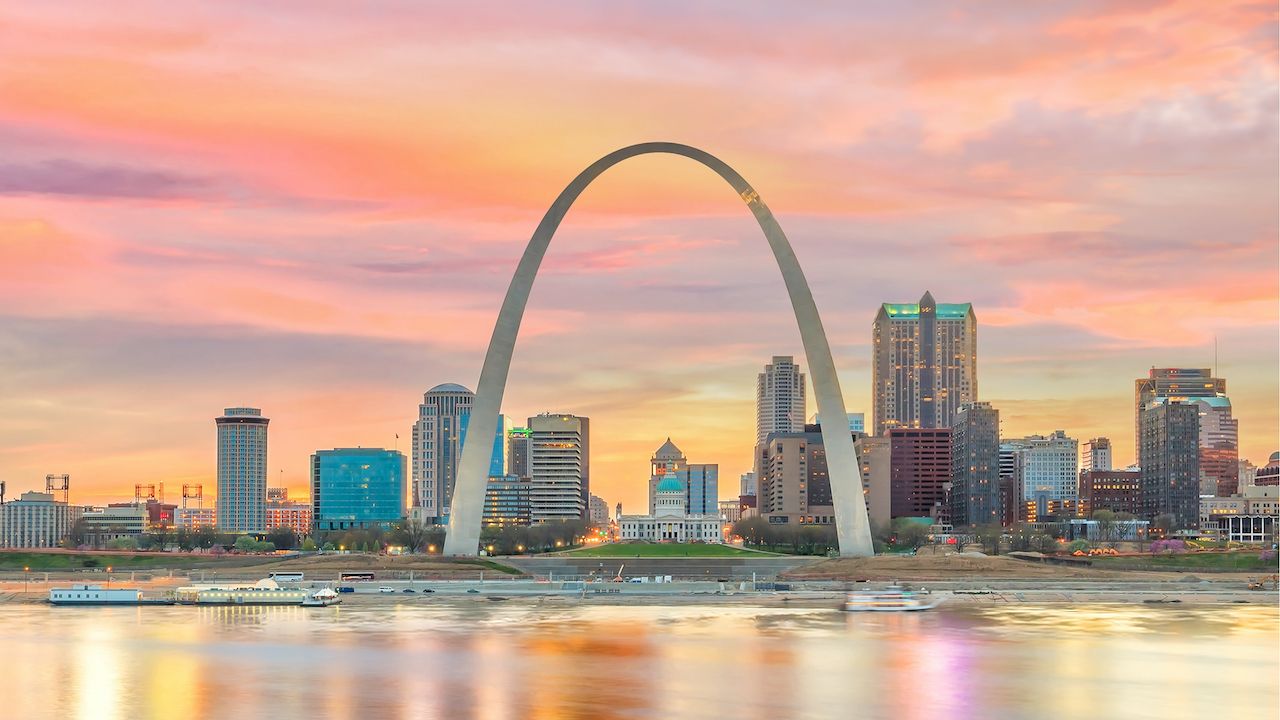 Unlike more densely populated and visited regions, proper social distancing is easy to achieve in the Midwest, even on public transportation. Arrive in St. Louis, Missouri, and you have the option of taking the MetroLink from Lambert Airport or renting a car and parking it, without spending more on parking than on food. A metro ride from the airport will set you back just $4, and a day pass is only $7.50. And the places that tourists tend to visit are still open. If uncomfortable in an Uber or on public transit, the city offers both bike-share and scooter-share programs for moving about the city while your car stays parked.

St. Louis is a city where you can do more for less money and still end up with quality accommodation. The key to getting affordable rates here (and across the Midwest more generally) is to avoid visiting when a major convention or big sporting event is in town — likely not a problem in 2020. With a bit of planning, you can find rates here that you could only find in New York when the weather is below freezing. The Cheshire, a boutique hotel right downtown, has weeknight rates starting at just over $100. Across downtown, the Seven Gables Inn starts just over $150. Both hotels feature a Bavarian aesthetic as pleasing as it is comfortable, calling to mind a landscape much more inclined than that of eastern Missouri.

Congestion and price gouging notwithstanding, many of the things we love about the coastal cities actually have found their way to the Midwest. St. Louis is scheduled to open its first European-style food hall slash public market, City Foundry, this year. In the spirit of Manhattan’s High Line, the Brick Line Greenway will eventually connect Forest Park (larger than Central Park) with the downtown area to the east. 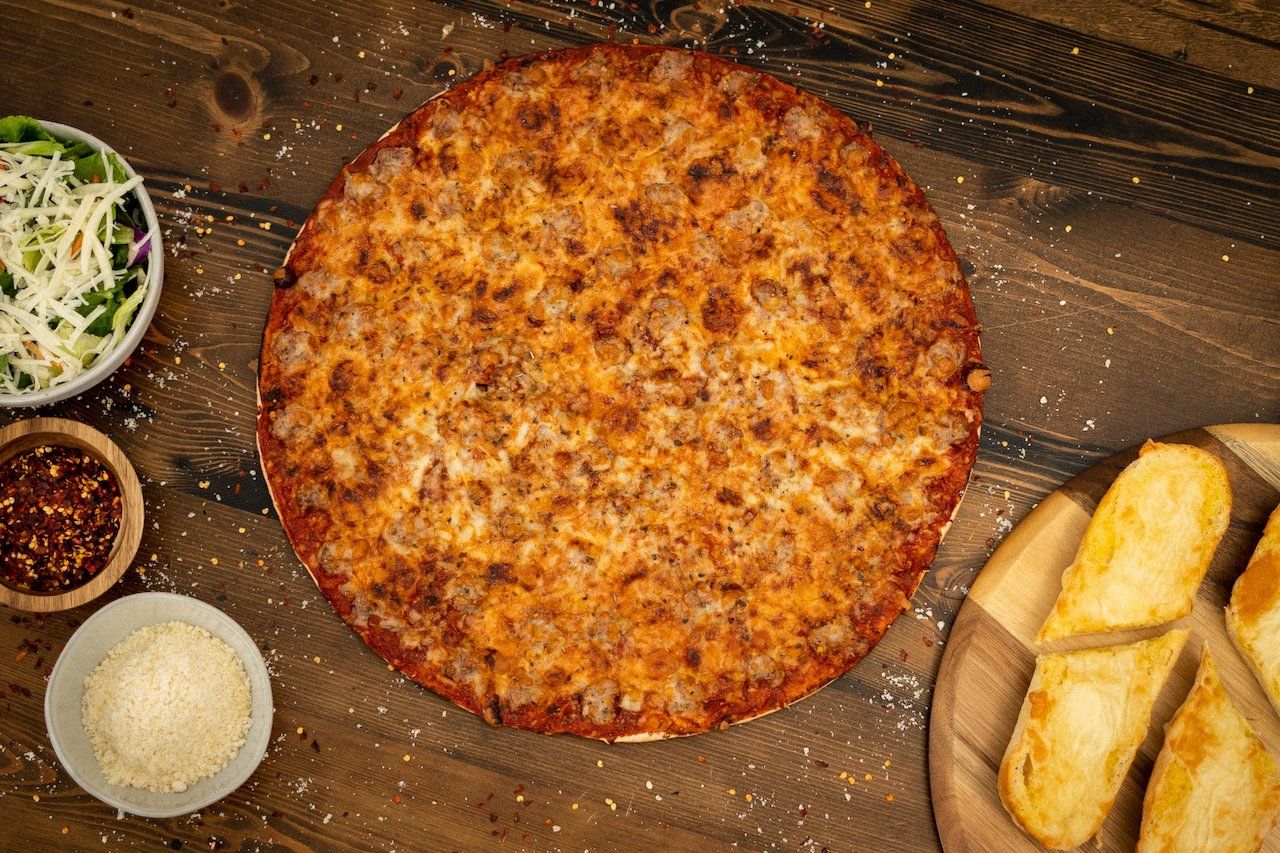 St. Louis also has its own pizza culture. And you won’t have to stand in line for hours only to shell out $25 for an individual pie. You can’t go more than a few blocks in most parts of St. Louis without seeing an Imo’s. Scoff if you feel the need, but this unique style of pizza made with Provel cheese rather than the traditional mozzarella has made its way to Brooklyn’s Bed Stuy neighborhood and Manhattan’s Lower East Side. St. Louis residents also rave about their gooey butter cake, so be sure to stop by a bakery while in town.

If you make it to Forest Park, stop by the Missouri History Museum — just be sure to reserve your free tickets in advance. Also worth checking out are the repurposed, industrial urban artifacts of the City Museum and century-spanning collection of the St. Louis Art Museum. Exhibits rotate in and out of the city’s larger museums every few months, but its historic landmarks change as well. The Gateway Arch in St. Louis underwent a $380 million renovation in 2018, adding a large park and amphitheater that make for a great afternoon stroll even if you don’t head up the arch.

Head west on the most overlooked stretch of Route 66. 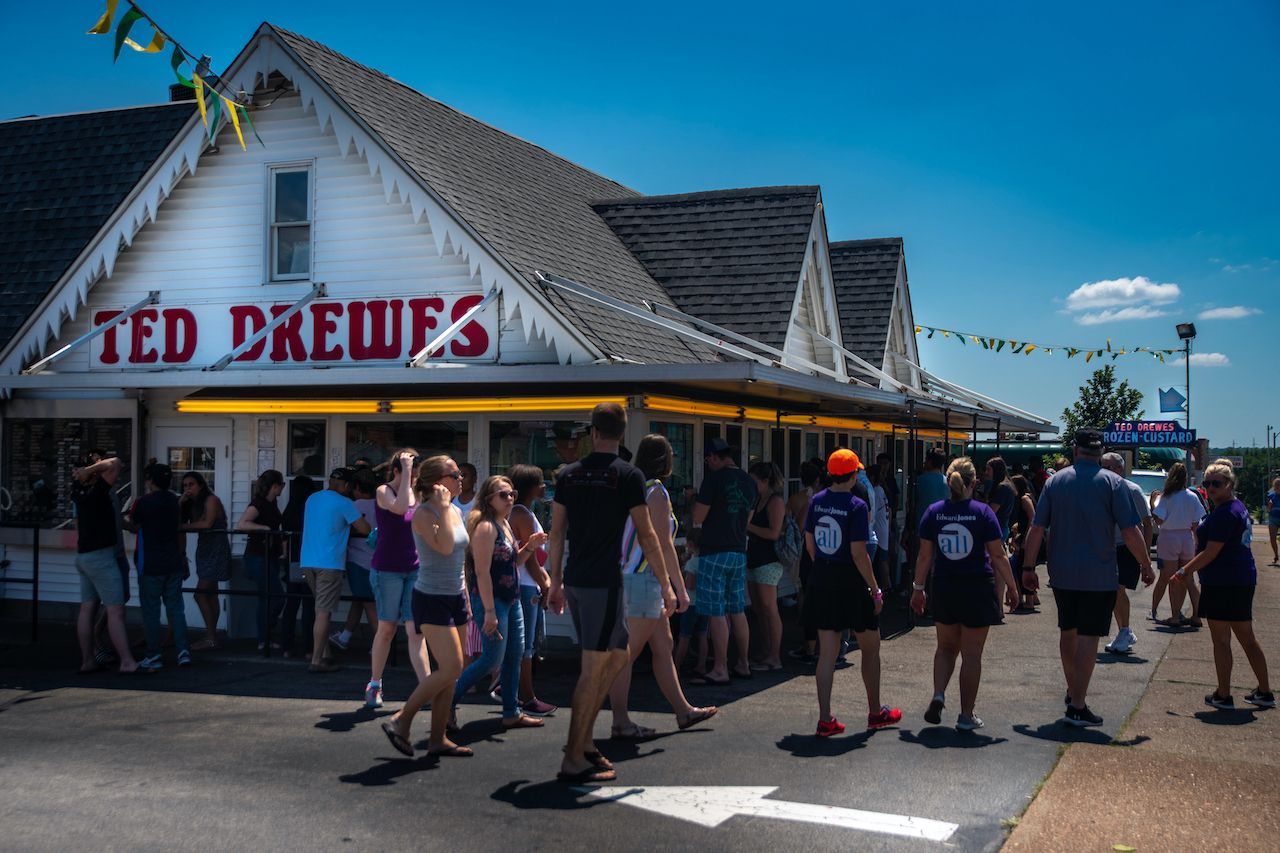 After a few days in the city, it’s time to choose between heading east or heading west. Both proposed options take about three hours each way and can be done as a long day trip but are better with an overnight. While the stretch through the American Southwest gets most of the attention, Route 66 starts in Chicago and passes through the rest of Illinois, Missouri, and Kansas before it cuts through Oklahoma. Some of the most exciting attractions along this historic route are in Missouri between St. Louis and Springfield. First, there’s the famed Ted Drewes ice cream parlor before you even leave town. You may not be able to visit the countries of Cuba or Lebanon right now, but head west towards Springfield and you’ll pass through both Missouri cities along the route. Stop by the Route 66 Museum in Lebanon, spend an hour perusing, and get back on the road.

Springfield’s claim to must-visit status stems from its recognition as the official birthplace of the “Mother Road.” The History Museum on the Square is one of the places that chronicles this near-100-year history. There’s a Route 66 visitor center in this city, as well. With rates as low as $129 this fall, the Walnut Street Inn is an affordable cottage-style lodge in the heart of the city for an easy overnight stay.

Or head east to overindulge in Indianapolis. 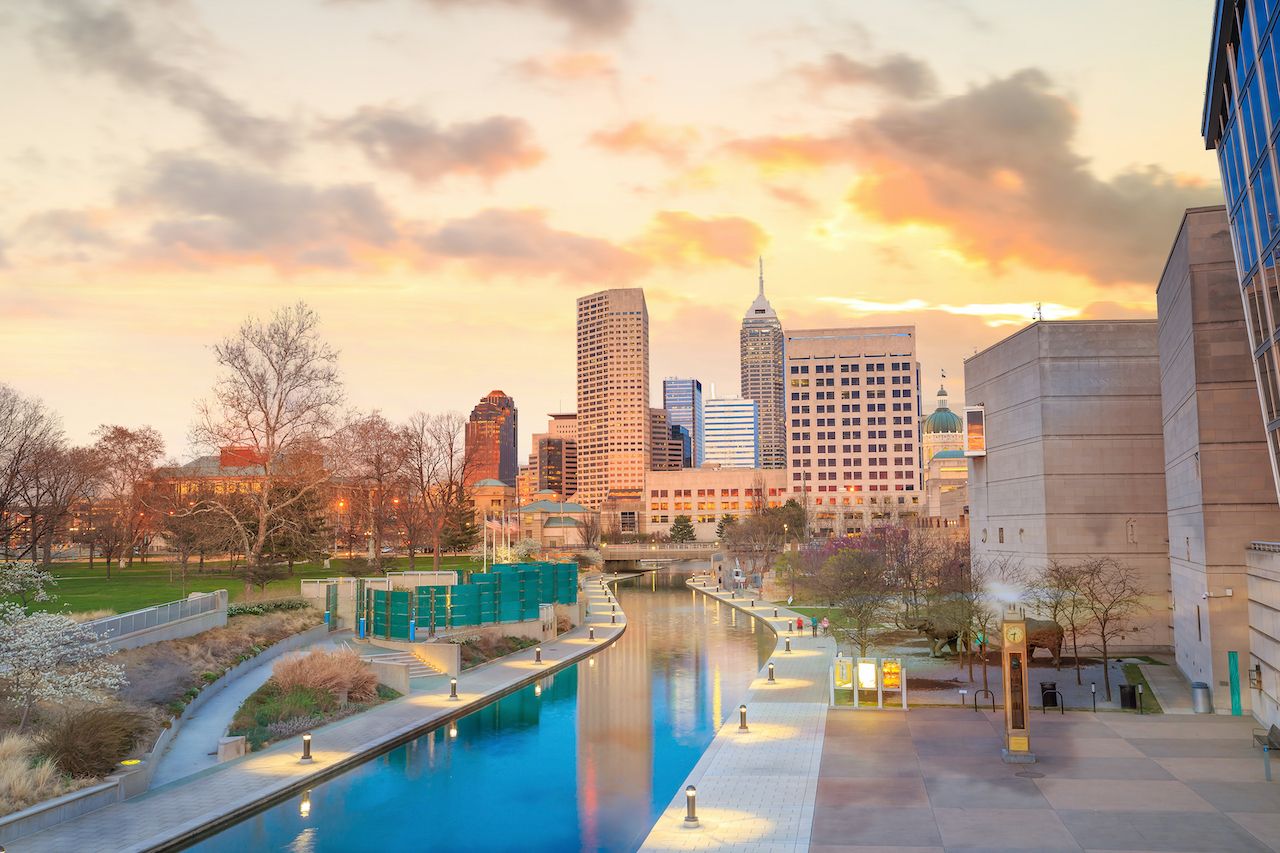 If the eastern route beckons, head a few hours up I-70 into Indiana towards its urban center. Indianapolis is home to some 14,000 Burmese immigrants and, as such, has the highest concentration of Burmese restaurants in the country. The best known of these is Chin Brothers. Stop in for a meal of rice noodle soup and compare it with another Burmese spot on the city’s south side. Elsewhere throughout Indiana, it’s the Hoosier Pie that hooks both visitors and locals. There’s even a Hoosier Pie trail that runs throughout the state, one of the 20 Indiana Foodways Culinary Trails. It’s said that Locally Grown Gardens serves the best in the city, but there’s no shortage of options to put that claim to the test.

Then head further east to Alexandria, Indiana, to see one of the weird roadside attractions that make the Midwest, well, weird. It’s home to the world’s largest ball of paint, and visitors can make an appointment to add their own coat of paint to this legendary roadside attraction, which has grown so large that it now resides in a dedicated barn built especially for the ball.

On the way back to Indy, check into the Ironworks Hotel, a trendy contemporary spot on the north side of the city. Rates run in the high $100s. If you prefer to stay closer to downtown, the Stone Soup Inn runs closer to $100 per night without sacrificing a unique charm.

CultureIndianapolis Is the New Cultural Hotspot of the Midwest
Tagged
Museums Road Trips Indiana, United States Missouri, United States
What did you think of this story?
Meh
Good
Awesome

May 13, 2022 Christine Pundavela
✖
travelstoke
Download the mobile app
stoked by