This is the monthly Wildlife Spotlight, where we highlight the best time to see certain animals in all their splendor. You can use these free apps to monitor wildlife in your travels and contribute to conservation efforts.

As the dusk begins to settle over the mouth of the Connecticut River, the first of the Tree Swallows begins to litter the sky like ashes from a campfire. Soon their numbers climb into the hundreds of thousands in this, the beginning of their evening ritual during the swallows’ annual autumn migration. Clusters of swallows combine, creating both small and large flocks.

They weave and sway in unison, miraculously never colliding. When the time is right, the swallows, some years half a million strong, gather closer and closer together. They fly like one, swirling upwards, then down, left, and then right. Finally, through some secretly communicated directive, the flock knows to rise one last time before descending in a thick tornado-like cloud to nest among the reeds for the night.

These swallows are a twisting tornado of flying birds 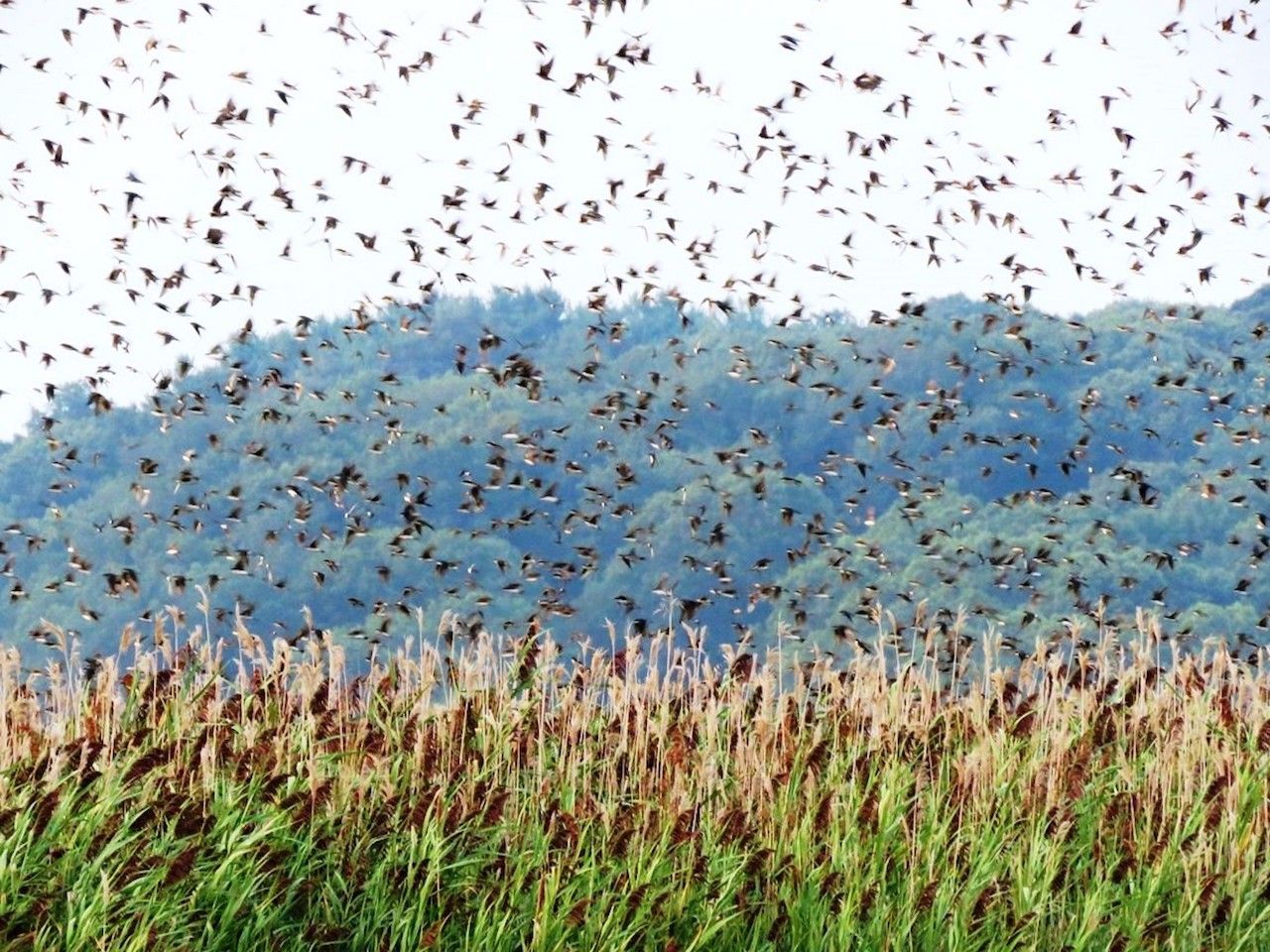 Having witnessed this on many occasions, I can promise you that words and photos alone do not do justice to the event. Some evenings the birds create a more distinct funnel and well-orchestrated descent; other nights the highlight is the dipping and gliding of the birds as they skim the water for a sip or a bath. Always, the sky is thick with enough birds to register on weather radars.

Acclaimed ornithologist and bird guidebook author Roger Tory Peterson, who lived in Old Lyme from 1954 until his death in 1996, reportedly said he’d never seen a more impressive spectacle of flying birds — and he had observed birds around the world — than the “twisting tornadoes of tree swallows” he saw in Connecticut one October evening. 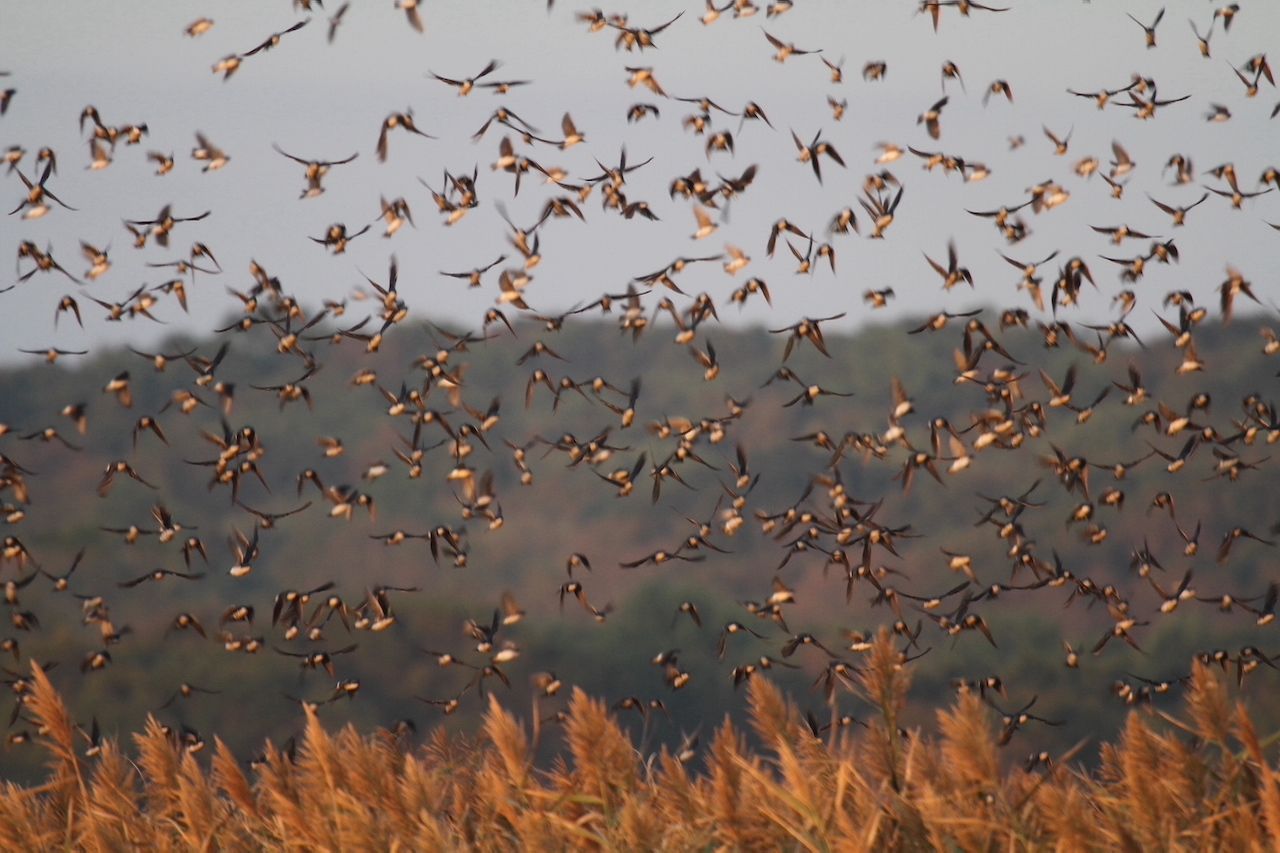 His first time seeing that spectacle was in 1994. The tree swallows’ nightly ritual generally happens from late August until mid to late October. Over the last ten years the migration time frame has moved up. Scientists believe it is due in part to climate change, which has had an impact on the timing of the emergence of insects. Humans’ success in eradicating pesky insects, the swallows’ primary diet, is also putting stress on the populations.

The first person to write about these birds flying was Henry Golet in 1970, though the annual event had likely been happening since much earlier. Only in the last few years has it become more widely known, attracting sunset kayakers, canoeists, and public and private boaters. Canoeists and kayakers can put in at Pilgrim Landing, which is north of Baldwin Bridge on Route 156 past the Old Lyme Marina in Old Lyme, Connecticut. The popularity of the swallow murmuration makes the parking area crowded — but people are generally courteous, jockeying cars and boats to make room for all.

What is the best way to see these migrating birds flying? 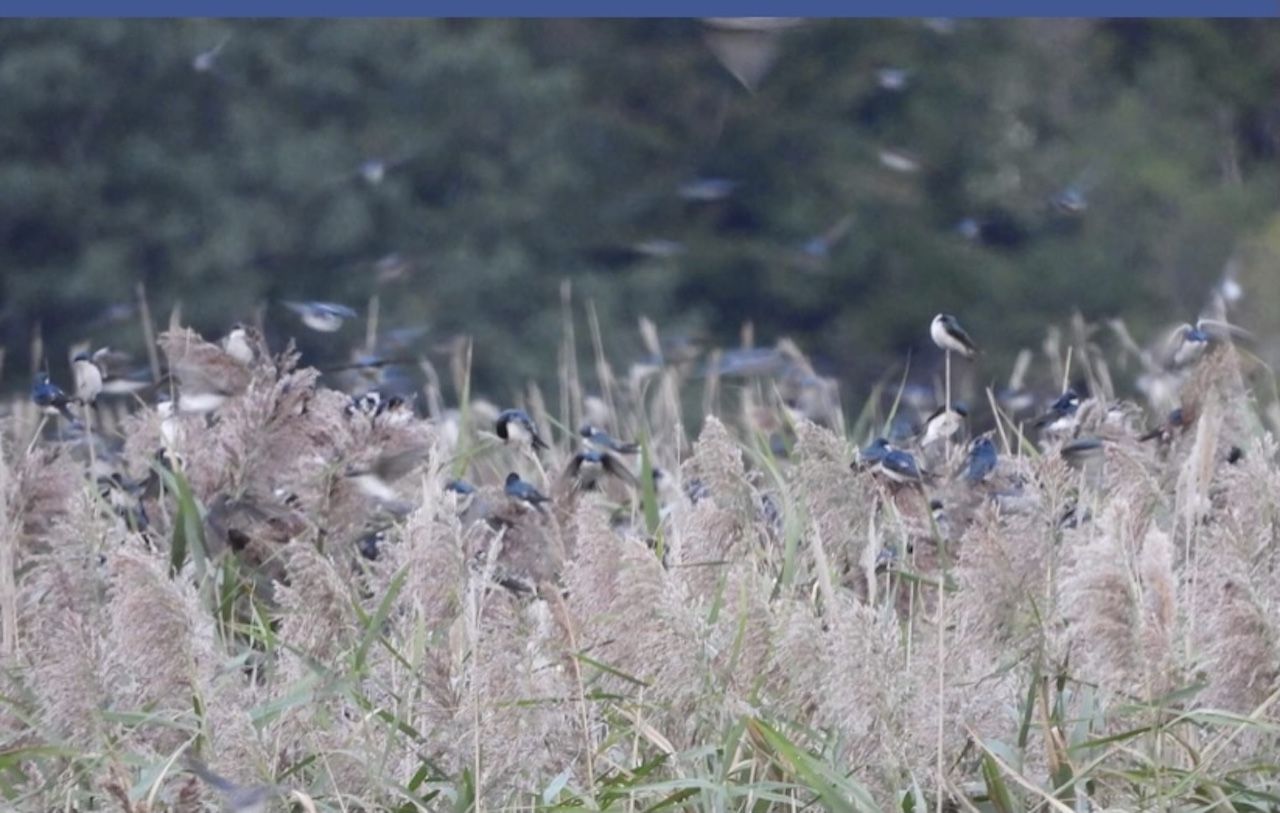 But here’s a little-known secret: just before sunrise the swallows perform a reed exodus as noteworthy as their evening performance. At dawn, you’ll find ample parking, a deserted launch area, and a river practically empty of vessels.

A River Quest cruise, which runs out of Haddam, Connecticut, is a great option for those without a boat. Often, they will have an Audubon Society member aboard to talk about and answer questions during the three-hour tour. If you would prefer a guided canoe tour to glean more information on the swallows as well as other avians you may spot, contact the Roger Tory Peterson Estuary Center located at 100 Lyme Street. You will need your own kayak or canoe and PFD, or personal flotation device.

Goose Island in Old Lyme, just west of the mouth of the Connecticut River, is seventy-five acres of uninhabited reeds — making it a mecca for the Tree Swallows. From parts north, the swallows arrive during the migration period feeding and storing fat for their long southern journey. Some of the swallows will travel as far as Central America. When the bug buffet has been depleted and the north winds begin to blow, the birds leave, taking advantage of the air currents and tailwinds to conserve energy.

Why do these amazing birds fly the way they do? 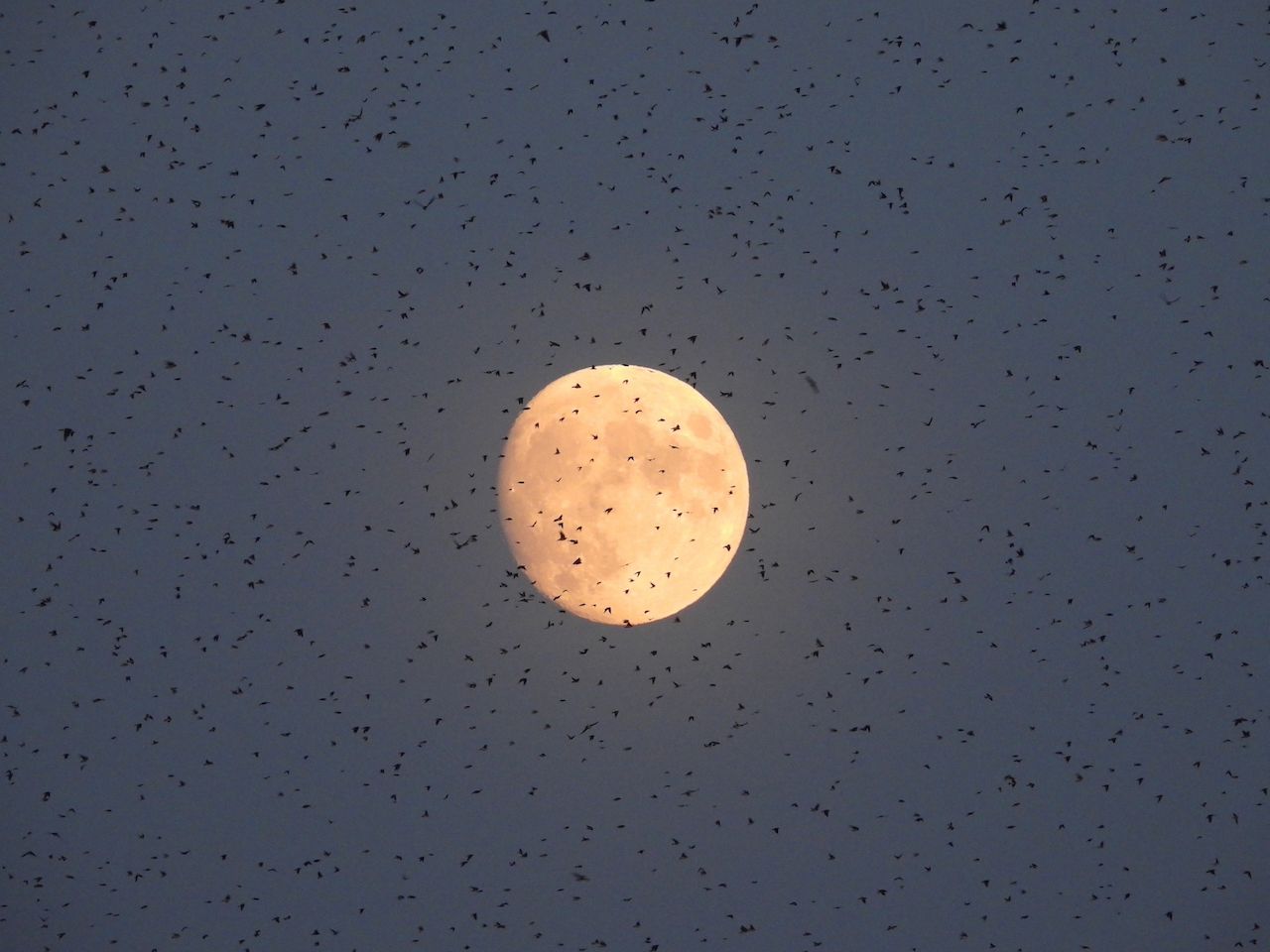 Some posit that the swallows gather in numbers for safety against raptor predators like Peregrine Falcons. Others believe it is fear of being the first or the last to bed down within the phragmite reeds, where land predators such as mink may lurk. It is likely a bit of both, but the social behavior goes beyond just the aerial display — and it’s thought that some of the birds remain awake, on guard for predators, keeping the group safe on the ground as well.

Each night the show is a little different, varying in part to the night’s weather as well as the preceding summer’s climate. For many observers, it is a leisurely floating cocktail party accentuated by an aerial bird ballet and brilliant sunset. So, bring some hors d’oeuvres and a beverage, a flashlight for the return to your put-in, your camera, and binoculars. But don’t bring a drone. They have been known to disrupt the flock’s behavior — making drone use a violation of federal law protecting migratory species.

WildlifeThe Most Spectacular Animal Migrations Around the World and Where To See Them
Tagged
Wildlife Connecticut, United States
What did you think of this story?
Meh
Good
Awesome