It’s no secret that many people in the US have pulled up their urban stakes and struck out for greener pastures over the past eighteen months. The pandemic has precipitated the rise of the “Zoom Town” — small towns that appeal to remote workers — and few places have felt the impact like Bozeman and Billings in Montana.

Billings, Montana, a city constructed in the 19th century as a railroad stop in the Northern Plains, is now the hottest emerging real estate market in the US, according to The Wall Street Journal. Two hours west of Billings, Bozeman — a picturesque, mountain-rimmed city — has also grown in popularity since the onset of the pandemic. Even before COVID-19, Bozeman and Billings were growing as destinations for retirees and those seeking vacation homes in the Mountain West. However, the rise of remote work opened the floodgates. The COVID-19-fueled attraction has affected these two Montana towns very differently: While it has been a boon for Billings, it has been a disaster for Bozeman.

The appeal of moving from large cities like San Francisco, Seattle, Los Angeles, and New York — places with rising crime rates, high costs of living, and where COVID-19 initially hit hardest — to a quaint spot in Montana is undeniable. Paychecks go a lot further; the wide-open streets and fresh mountain air are an antidote to COVID-19 restrictions; and the beauty of Yellowstone, Glacier National Park, and Big Sky are just a car ride away. Heck, who wouldn’t dream of fly fishing or hiking through Yellowstone after a year cooped up in a small apartment during a year of strict restrictions to limit the spread of COVID-19 in dense urban areas?

Bozeman and Billings also have amenities, luxuries, dining, and culture on par with a big city. Transplanted New Yorkers or Angelenos accustomed to fine restaurants, trendy craft breweries, hip coffee shops, and a buzzing intellectual life don’t have to renounce their lifestyle in Bozeman or Billings — nor in any other towns that have exploded in popularity since the start of the pandemic. This intangible appeal makes certain small cities irresistible for the Legions of Zoom.

With the uncertainty surrounding the Delta variant and many companies following the lead of Facebook, Twitter, and Slack and declaring that remote work will be a permanent option, it’s a safe bet that the popularity of places like Billings and Bozeman will continue growing — but at what price for the locals?

How newcomers are impacting Bozeman 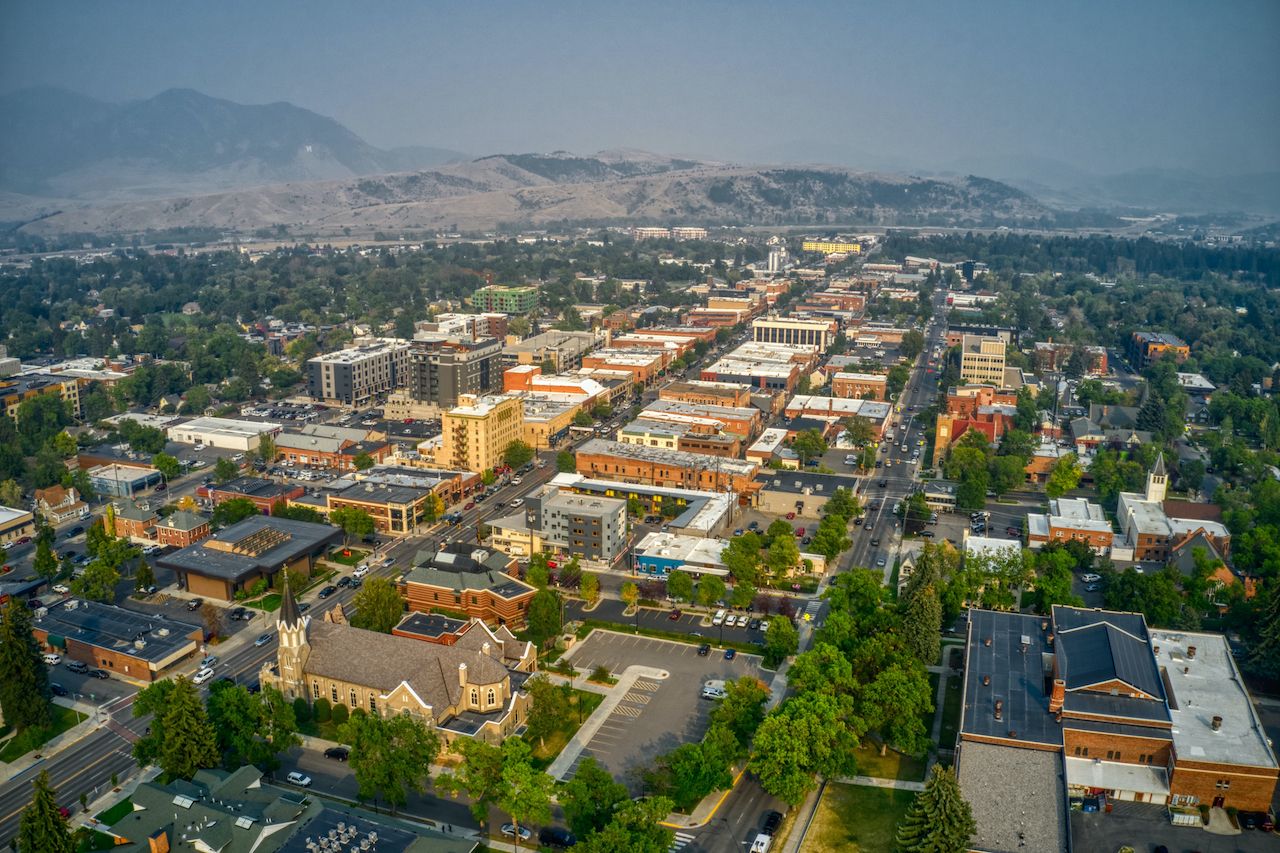 Bozeman is Montana’s fourth-largest city and home to Montana State University. Situated within an hour from the ski slopes of Big Sky, two hours from Yellowstone, and five hours from Glacier National Park, Bozeman has long been a popular vacation destination. In addition to its proximity to some of the nation’s most beautiful parks, Bozeman has many nationally renowned breweries and an enviable dining scene.

Spurred by celebrity real estate purchases by the likes of Bill Gates and Ben Affleck, Bozeman’s popularity was growing well before the pandemic. However, the lockdowns and quarantine threw gasoline on the fire: 2020 saw thousands of remote workers resettle to this town of fewer than 50,000 official residents. The mass migrations have not relented since.

For working-class residents in Bozeman, frustration and anger are reaching a boiling point as waves of transplants reportedly make daily life more difficult. In one of the nation’s most sparsely populated states, Bozeman is starting to feel claustrophobic and congested. Traffic has become insufferable. Wait times to visit the doctor, dentist, or popular restaurants have quadrupled, while hiking trails have become so crowded as to become unenjoyable. As Melissa, a Bozeman local who works as a laboratory technician, puts it, “The fact of the matter is that this is a small town constructed with small-town infrastructure. We cannot accommodate an influx of thousands of new residents.”

Even worse than increasing traffic jams and infuriatingly long waits, paying childcare and rent has become a grave concern for many Bozemanites, especially those working low-paying jobs in a state where the minimum wage is $8.75. Most consider themselves lucky if their rent has only increased by 20 percent — for many, rents have increased by 100 percent or more. The cost of daycare has followed a similar trajectory.

Melissa counts herself fortunate that she has not had to uproot her family from Bozeman. Still, many of the people she grew up with had to leave for cheaper Montana cities, like Butte or Livingston or out of the state to Idaho. While she’s been able to pay rent, Melissa has had to give up childcare for her young son. She recounts how she seethed with anger recently when a transplant gloated about how cheap childcare was in Bozeman compared to the Bay Area.

Locals not only blame transplants for making Bozeman more expensive but also for eroding the small-town charm and tight-knit feeling that Bozemanites cherish. The yuppie trappings of “Boz Angeles” — Lululemon stores, Whole Foods, Starbucks — are overtaking locally owned businesses. Many Bozemanites grumble that new arrivals seem more concerned about juicing their Instagram accounts with posts about “rustic Montana” than about actually learning about Montana’s culture or connecting with the community.

We spoke with members of the Bozeman Reddit group who voiced the usual gripes of locals who feel marginalized by newcomers: Transplants are stingy tippers, they don’t know how to drive, they’re rude with waiters and cut in line, etc. One colorful commentator lambasted the “foreigners from California” who have “ruined the town and should piss off immediately.” (Reddit, however, is not known as a forum where level heads and fair assessments prevail, so such rancor may not be representative of Bozemanites in general.) One post was particularly poignant: “Please don’t write about Bozeman. Please. We don’t want more publicity. I can’t afford to pay rent already.”

How newcomers are impacting Billings 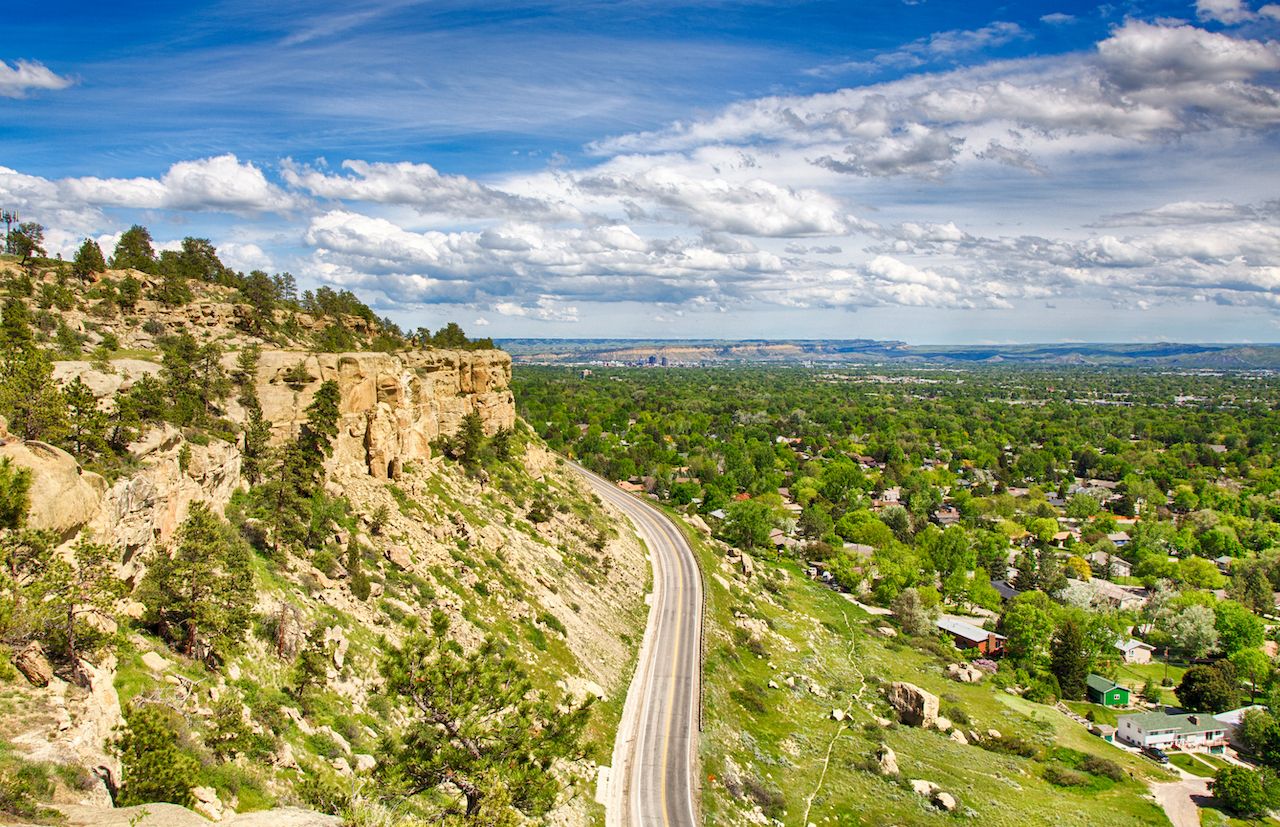 The effects of remote workers have been a different story in Billings. With 100,000 residents, Billings is Montana’s largest city and is located about two hours from Bozeman in Montana’s Northern Plains. The city is situated in Yellowstone County, practically within walking distance of the famed national park.

The Wall Street Journal ranked Billings as the top city in its Emerging Housing Markets Index due to the city’s low employment (3 percent), booming housing market, and high quality of life. Although a small city, Billings punches above its weight in terms of amenities and conveniences: high-speed internet is ubiquitous, the dining scene is exciting, and the arts scene is robust and well-loved. Like Bozeman, Billings witnessed steady growth (about a 1.5 percent increase in population per year) in the years leading up to the pandemic. Although official census data for 2020 has yet to be released, anecdotal evidence suggests that the city’s growth rate has been several times higher since the start of the pandemic.

Luckily, Billings has not suffered the growing pains of Bozeman. Billings’ mayor, Bill Cole, is convinced that his city’s popularity with remote workers is beneficial for all. Unlike Bozeman, a city surrounded on all sides by mountains, Billings is the open prairie — geography well-suited for expansion. Even with the influx of remote workers, traffic has not increased to a point where the city feels congested. Locals, according to Cole, welcome transplants — who often bring racial, cultural, and intellectual diversity to Billings — with open arms.

When we asked Cole to put his finger on why Billings has become so popular during the pandemic, he listed the same factors contributing to Bozeman’s boom: lower incidence of COVID, beautiful areas to explore nature within striking distance, affordable housing, and low costs of living.

He also offered a more philosophical assessment: “For many folks, especially young adults, the pandemic drove home the realization that there is more to life than a career. Living in Billings offers a balance that is hard to find in, say, New York or Los Angeles. The pace of life is slower in Billings, and we cherish a healthy ratio of work, family time, and time spent enjoying our region’s amazing nature.”

The Renaissance of Billings, Montana, Has Made It a Hub for Fresh Food, Brew, and Bikes

Why The Ranch at Rock Creek, One of America's Priciest Hotels, Is More Affordable Than You Think

6 Beautiful Frozen Waterfalls in Montana To See This Winter

Montana Restaurants, Brewpubs, and Bakeries: A Culinary Guide for Your Winter Trip