The need to escape from the monotony of daily life these days is all too real. And when travel is safe again, you might feel the desire to get as far away as possible, perhaps with a drink in hand. These wineries and regions are as far from what’s generally thought of as “wine country” as you can get. Sometimes that means a winery on a tropical island; other times it means vineyards in the mountains. The only word that is applicable to all of these wineries is remote.

Tahiti is the farthest one can get from what’s typically thought of as a traditional wine-producing region. The closest, in Chile and Australia, are more than 4,000 miles away. But that didn’t stop French businessman Dominique Auroy from starting a winery.

Vin de Tahiti is located on the Rangiroa atoll, which sits in the Pacific ocean around a 55-minute flight from Tahiti. The first harvest started in 1999, and it makes around 3,000 cases of wine a year from its 15 acres of vineyards. The vineyards are slightly off from the winery, however, and the grapes are transported by boat to be crushed and fermented.

The island is in a perpetual summer when it comes to temperature — the average high temperature for the year never drops below 79 degrees Fahrenheit, and the average low is between 65 and 71 degrees Fahrenheit. This, of course, has a massive impact on the grapes. According to a 2019 Wine Spectator story, Vin de Tahiti has had 50 harvests since the vines first bore fruit in 1999. The vineyard typically has a harvest in May (the austral winter harvest) and one in December (the austral summer harvest).

How to visit: The winery and rhum cellars are open for visitors Monday through Saturday. You’ll have to find your own way to the winery, however, and reservations are recommended. 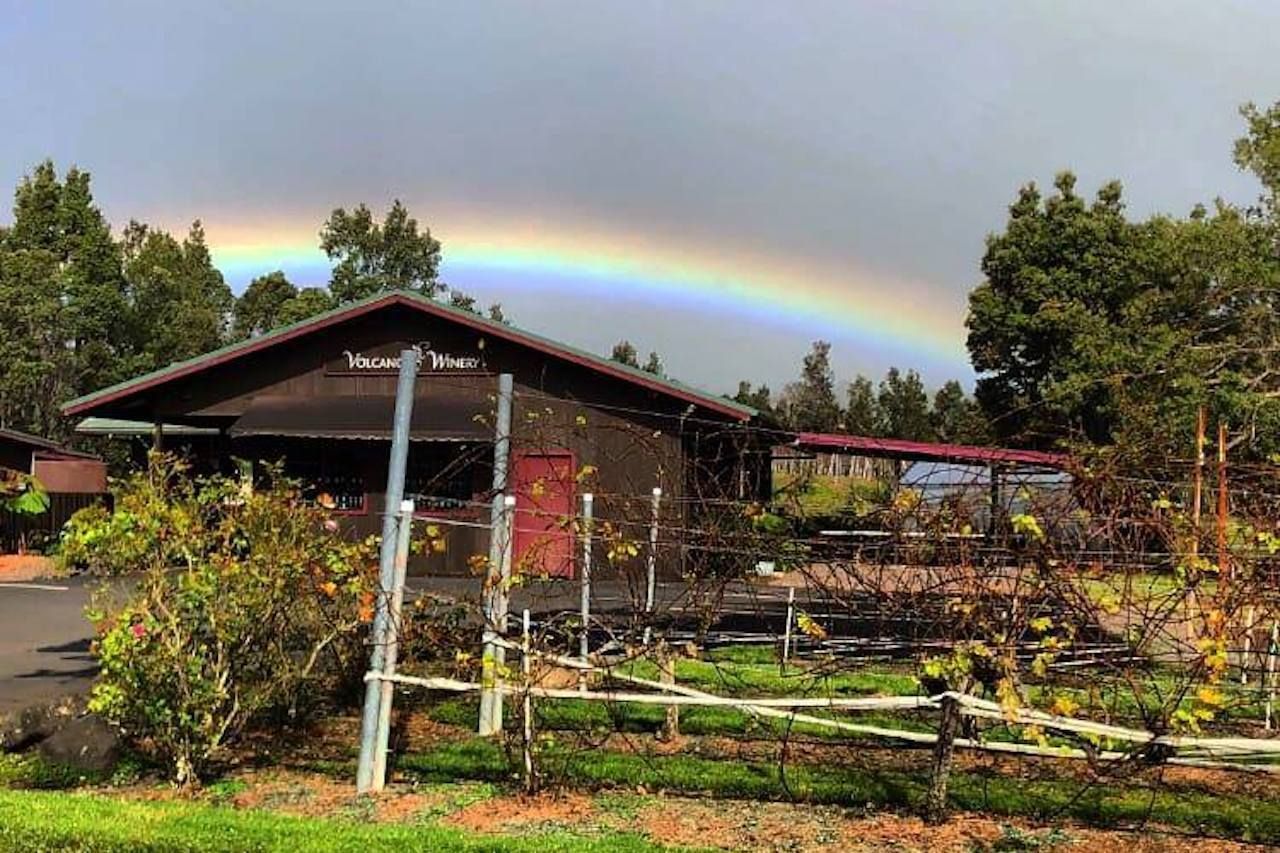 Hawaii, like Tahiti, is far from the rest of the wine-producing world. In fact, Hawaii is about as close to Tahiti, around 2,600 miles, as it is to California. Volcano Winery has one of two vineyards in the state and is the only one on the big island of Hawaii.

The naming influence here is obvious, as you’re never far from a volcano in Hawaii. The winery gets its name from Mauna Loa, the largest active volcano in the world at about 13,100 feet above sea level. Volcano Winery lands at about 4,000 feet, and a retired Oahu veterinarian named Lynn McKinney started the winery in 1986 (and opened it to the public in 1993).

Many traditional wine grapes struggle with the climate. McKinney first opted for symphony grapevines, a variety created to withstand hot weather that’s a cross between muscat of Alexandria and grenache gris. It was invented by a viticulture professor from the University of California, Davis in 1948 and released commercially in 1982. McKinney also blended starfruit, passionfruit, and papaya into the wines — a practice that continued after the winery was purchased in 1999 and lives on today.

After a fire took out many of the original vines in 2000, pinot noir was planted alongside French-American hybrid varieties like marchael foch, chambourcin, and cayuga white. There’s a little something for everyone here. If you’re in a tropical mood, you can go for the wines blended with fruit or the estate-grown tea. If you’re looking for an island take on something more traditional, opt for one of the varietal wines.

How to visit: Stop by before or after a visit to the nearby Hawaii Volcanoes National Park. It’s located in Volcano, Hawaii, and is open every day of the year but Christmas.

Bolivia’s southern neighbors Argentina and Chile are famous for their wines. Bolivia has a similar wine history as those two countries that dates back to the arrival of colonial Spain in the 16th century. It hasn’t quite caught on in the same way, but there’s still a lot of tradition when it comes to grape types and production methods.

A remote wine region to have on your radar is the Valle de los Cintis in the far south of the country. The valley is surrounded by red rock cliffs on either side. Here, you’ll find around 30 small-scale vineyards that shade their grapevines with trees and other climbing plants called parrales just like the Spanish did centuries ago, according to the New York Times. Another holdover from the Spanish are the vino patero wines, which are named after the foot-stomping crush method rather than the grape.

More popular European varieties are grown here as well, including cabernet sauvignon, syrah, and muscatel. Winemakers originally supplied those who came for the silver boom in nearby Potos. They used glass demijohns and relied on the muscat of Alexandria, which is one of the oldest grape varieties not just in Bolivia but in the world. The variety has special resonance with Bolivians as the grape type also used for Singani, the country’s beloved brandy.

When you get to the region, it’s best to explore the various small family wineries from the ground. A standout is Tierra Roja.

How to visit: The easiest way to get to Cinti is by car from Tarija. Play it by ear to see which wineries are open. The Bolivian government’s wine education group Wines of Bolivia is a good place to start before planning a trip. 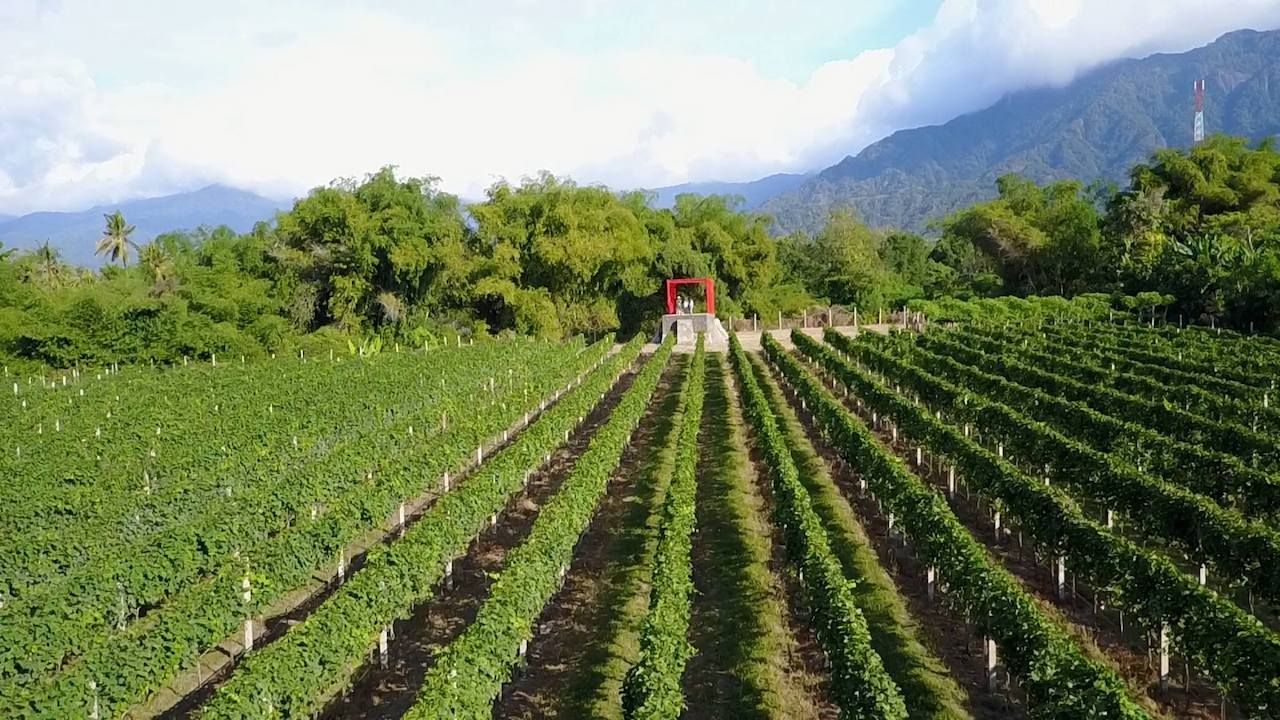 Vineyards aren’t the first thing that come to mind when people think of the Bali lifestyle. That hasn’t stopped Hatten Wines, however, which has vineyards between the villages of Seririt and Sanggalangit on the northern coast of the island.

The equatorial climate is hot and humid — the average temperature hovers around 95 degrees Fahrenheit. And while there are volcanic soils, the vineyard sits at around 160 feet above sea level. Hatten Wines commonly goes through three harvests a year with 10 grape varieties in the fields, including syrah, chenin blanc, and the local hybrid muscat St. Vallier. Hatten Wines isn’t afraid to experiment. There are sparkling wines made in the French méthode-traditionnelle style (the same used in Champagne), as well as fortified wines aged in the solera method (a way of continuously aging old and new wines in a large barrel).

How to visit: The winery is to the south in Sanur, as is the tasting room, called the Cellardoor. Another tasting room of the same name is in Jakarta. Vineyard tours and tastings are available too if you are in the north.

Remote wineries typically fall into two categories: Those that started as a passion project and those that are following centuries-old tradition. Ao Yun is something else entirely. LVMH (Louis Vuitton, Moët, Hennessy) founded the winery to establish a world-class French-style wines in China. Australian winemaker Tony Jordan was tasked with finding a suitable spot for a vineyard anywhere in the country, and he chose a largely undeveloped spot at the foothills of the Himalayas between 7,200 and 8,500 feet above sea level.

The winery’s name, Ao Yun, means “flying above the clouds” in Mandarin. The vineyards span across four villages that have a number of different microclimates. The workers are Buddhist, according to a profile of the winery in Worth, and the vines are organic with barley in between the rows to serve as yak food for local families. Ao Yun winemaker and estate manager Maxence Dulou focuses on Bordeaux-style blends of cabernet sauvignon, cabernet Franc, and merlot, as well as a little petit verdot and syrah.

Because the winery is owned by LVMH, it’s not your run of the mill winery that you can visit anytime. It’s fair to say that most people who want to won’t even get to try the couple thousand cases produced every year. 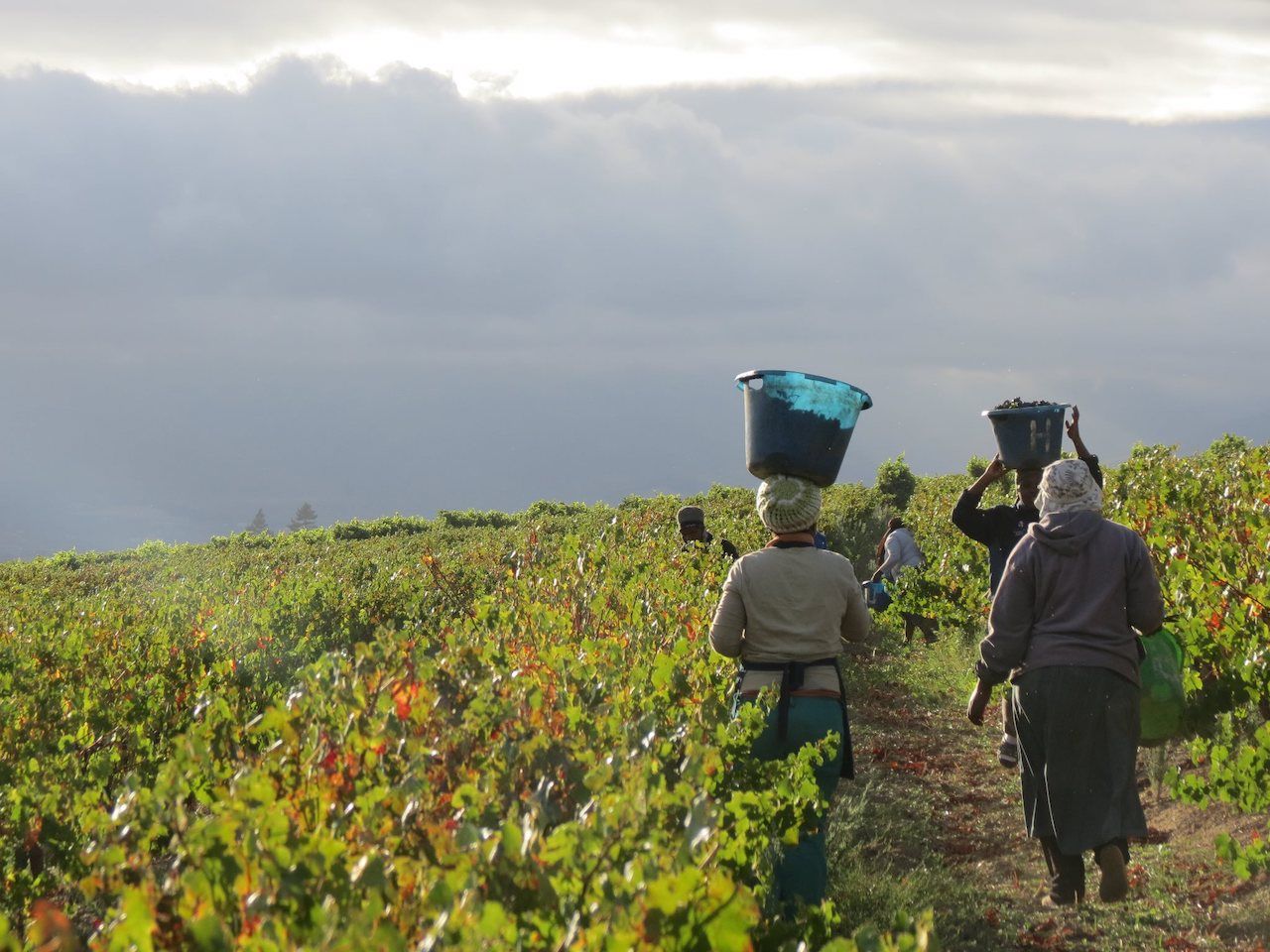 Much of South Africa’s wineries are near the coast. Winemaker Daniël de Waal wanted to try something a little different. Mount Sutherland is part of Super Single Vineyards, which focuses on single-vineyard wines, as the name suggests. The vineyard is located in the foothills of the Sneeuberg mountain range about 5,000 feet above sea level, and there’s a dormant volcano called Salpeterkop near one corner. It’s both the highest and the coldest vineyard in Africa, by the brand’s own reckoning.

Mount Sutherland is managed without pesticides. The winters are hard, but the summers have the hot days and cool nights that wine grape vines love. The vineyard produces a number of old-world varieties like pinot noir, syrah, and riesling.

How to visit: While you can’t visit the winery itself, you can try the wines at the Canettevallei Lavender And Wine Farm tasting room that de Waal owns in Stellenbosch, South Africa.