Antiquities are vital to modern society. They provide insight into human history and, when shared with the public, create inroads to learning about world cultures. But the antiquities trade is rife with controversy. Colonizers, looters, and smugglers have long stolen valuable artifacts from their homelands and scattered them across the globe with no regard for their provenance. Increasingly, who now owns and displays these works is the subject of much debate.

Just this month, an American billionaire was forced to surrender $70 million worth of plundered antiquities following a four-year investigation by the Manhattan District Attorney’s Office. Museums have come under as much fire as private collectors. In October, the UNESCO Advisory Board compelled the British Museum to restitute Greece’s Parthenon Marbles. That same month, the Amsterdam Court of Appeal ruled in favor of returning Crimean artifacts held at the Dutch capital’s Allard Pierson Museum to Ukraine, a decision that’s been complicated by the Russian Federation’s occupation of Crimea. A potential appeal to the Supreme Court is pending.

A spate of museums and institutions across Europe and North America have since repatriated a number of antiquities from their collections. They’re not the first. In 1998, the Glasgow Museum restituted a Ghost Dance Shirt to the Lakota Sioux community in South Dakota. Yet with a newfound fervor surrounding the issue, the restitution trend escalated significantly in 2021. The following repatriation successes were among the most newsworthy this year. 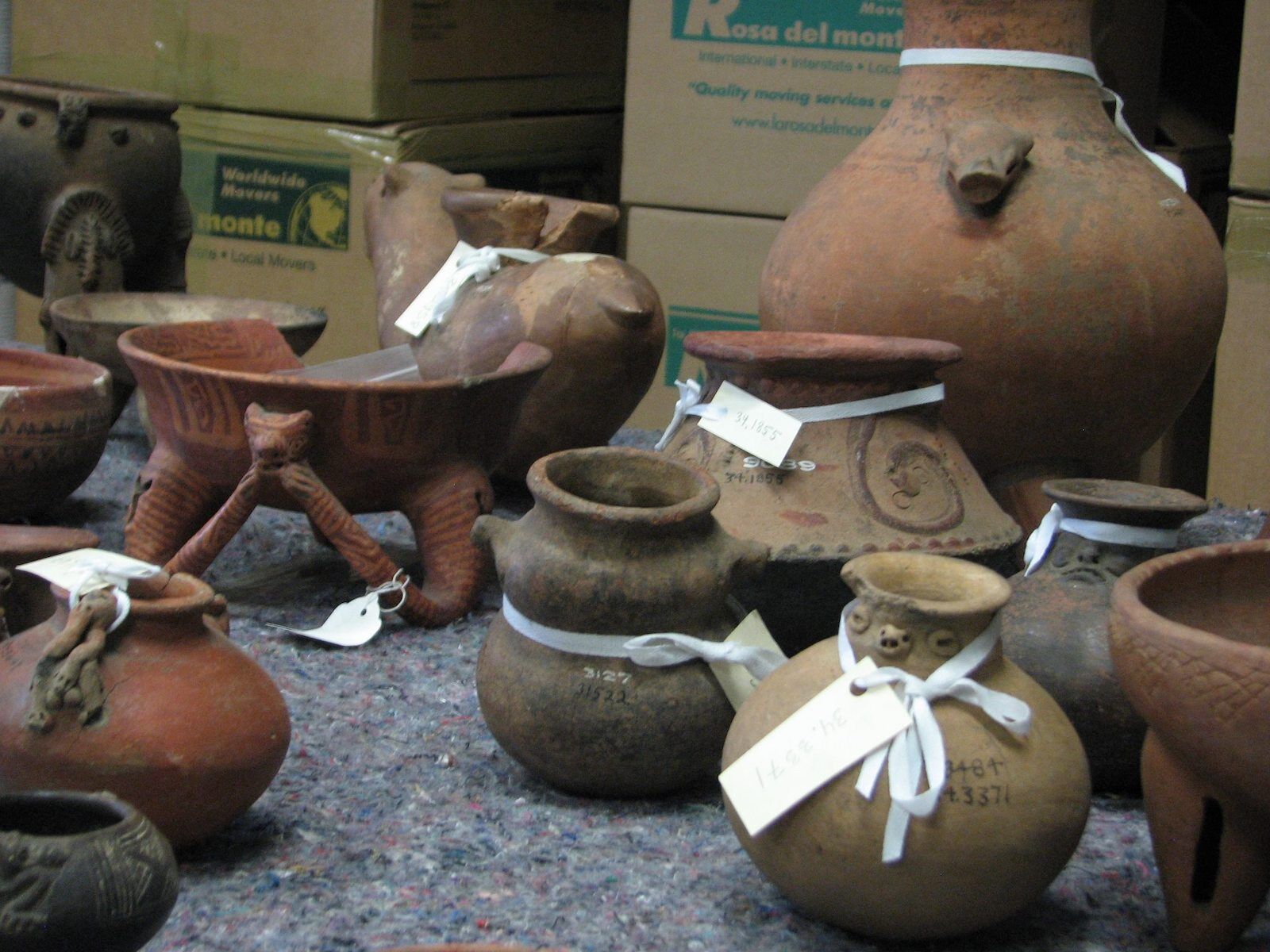 In July, New York City’s Brooklyn Museum turned over 1,305 pre-Hispanic artifacts to the Museo Nacional de Costa Rica in San José, marking the museum’s second repatriation effort involving the Central American nation. An earlier shipment of 981 ceramic vessels was sent to Costa Rica in 2011. A large ceramic vase decorated with beeswax was a highlight of the latest shipment, as well, which also featured a half-finished tombstone and a collection of household tools, including grinding stones used to process maize. Both restitutions were elective and unprompted.

Of the Brooklyn Museum’s recent gesture, archaeologist Javier Fallas of the Museo Nacional de Costa Rica told Reuters, “We don’t know why they did it, but it’s something very good and atypical in the world. Fallas’s colleague, Daniela Meneses, a researcher at the museum, expressed a similar sentiment, noting the particular significance of the tombstone, which like many of the restituted artifacts was stolen by American railroad tycoon Minor Keith in the late 1800s. “The tombstone is a piece we have only seen as illustrations in study books here,” remarked Meneses. “It’s amazing to see that piece now. It’s very emotional.”

Earlier this month, 200 artifacts stored in museums across the United States were returned to Italy, thanks to the work of the Manhattan District Attorney’s Office. Three-quarters of the seized pieces were linked to a single antiquities dealer named Edoardo Almagià who has been accused of smuggling artifacts illegally for decades.

The Getty Museum in Los Angeles, San Antonio Museum of Art in Texas, and Cleveland Museum of Art in Ohio are among the museums involved in the repatriation effort, turning over seven, five, and three pieces, respectively. One of the works retrieved from the Getty Museum was a 2,500-year-old wine cup while the San Antonio Museum of Art’s trove included a series of Greco-Roman jars, plates, and pottery fragments. Fordham University’s Museum of Greek, Etruscan, and Roman Art was also targeted in the repatriation initiative. Roughly 100 antiquities valued at nearly $2 million were reclaimed from the Bronx school, comprising roughly half of the looted objects.

Benin Bronzes are returned to Nigeria, with more on the way 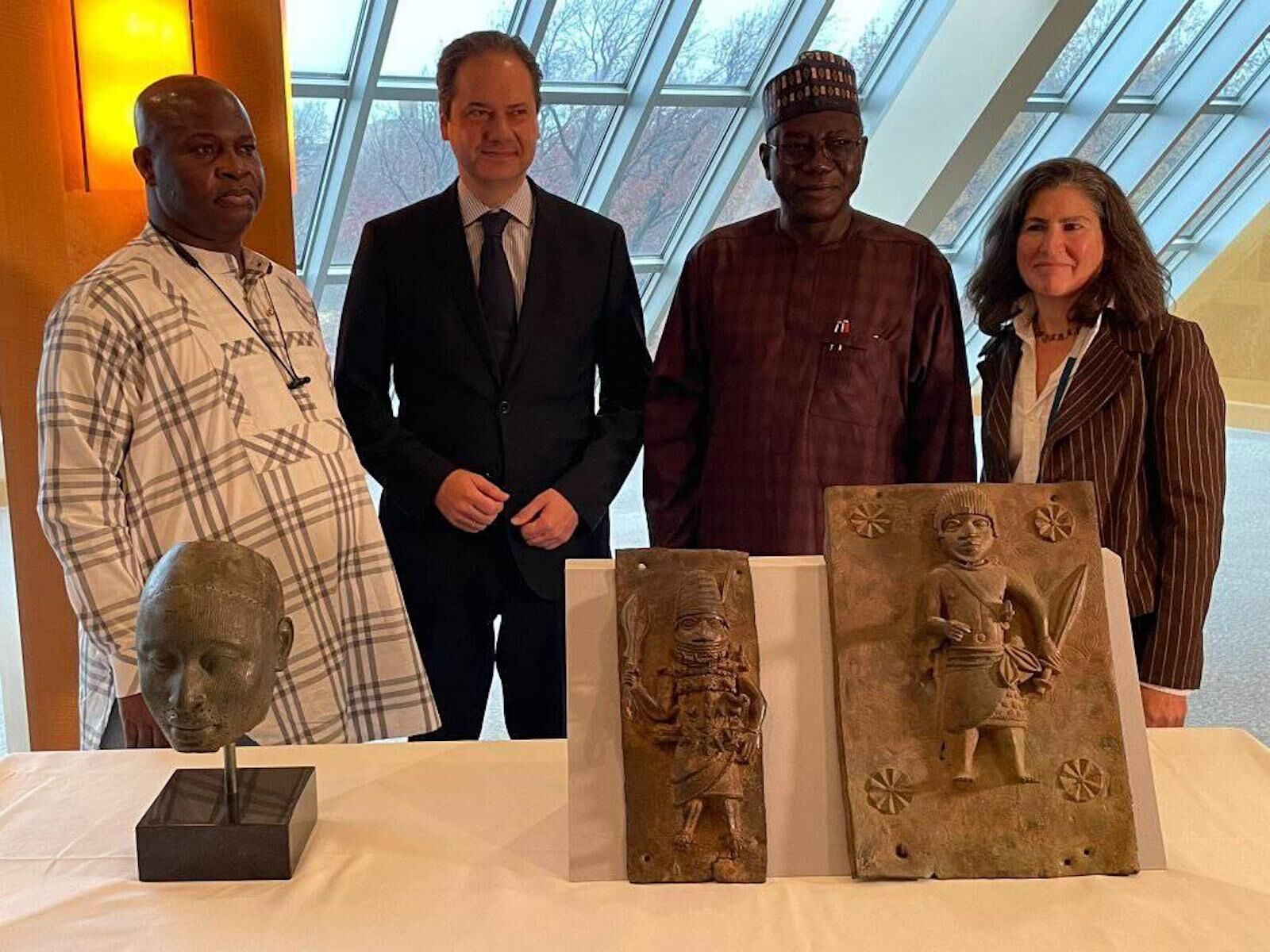 A series of bronze and brass sculptures known as the Benin Bronzes are slowly making their way home to Nigeria where the Kingdom of Benin’s historical capital is now located. The artifacts, which were created as early as the 16th century and used to decorate the kingdom’s royal palace, were looted by British and French troops at the end of the 19th century. These pieces have been central to the dialogue around repatriating artifacts, with several museums and institutions pledging to remove and eventually return their Benin Bronze displays.

Cambridge University’s Jesus College was the first to make good on its promise, returning a Benin Bronze to Nigeria’s National Commission for Museum and Monuments (NCMM) in October. France’s Musée du Quai Branly in Paris staged a final exhibition of 26 looted Beninese artifacts later that month, officially returning them in mid-November, marking France’s largest restitution to a former colony.

In late November, New York City’s Metropolitan Museum followed suit, turning over two 16th-century brass plaques and a 14th-century bronze bust, or Ife Head, named for the ancient city where it originated. The Met has also signed an agreement with the Nigerian government to loan more of its collection to Nigerian museums in future, while the NCMM has agreed to lend The Met select pieces in 2024 to inaugurate its renovated Michael C. Rockefeller Wing, which displays African, ancient American, and Oceanic art.

Several other museums have announced similar plans. The Smithsonian Museum of African Art in Washington, DC, has committed to repatriating the 38 Benin Bronzes in its collection and pre-emptively removed them from display. The German government likewise intends to return thousands of Benin Bronzes in 2022.

Yet it’s the UK that has the most artifacts to return. Scotland’s University of Aberdeen, Ireland’s National Museum, South London’s Horniman Museum, the Bristol Museum and Art Gallery, the National Museums in Liverpool, and the Museum of Archaeology and Anthropology in Cambridge have all acknowledged the thievery that resulted in their possession of these Beninese artifacts. Each has either pledged to return their Benin Bronzes or outlined plans to consider doing so.

The Museum of the Bible in Washington, DC, restitutes thousands of Iraqi relics

A whopping 17,000 archaeological relics were sent back to Iraq from the United States this past August, marking the largest repatriation campaign of looted Iraqi antiquities in history. Among the looted artifacts were clay cuneiform tablets that bore the etchings of an ancient Middle Eastern script, one of the oldest-known forms of writing, and a series of Mesopotamian seals.

Cornell University in Ithaca, New York, was in possession of roughly one-third of the restituted objects while some 12,000 were housed by the Museum of the Bible in Washington, DC, a private museum that was founded by the family behind the retail arts and crafts store Hobby Lobby. This was the company’s second offense. In 2017, Hobby Lobby was fined $3 million and forced to surrender ancient Iraqi artifacts after being found complicit in their smuggling.

The Victoria and Albert Museum turns over a priceless Anatolian antiquity 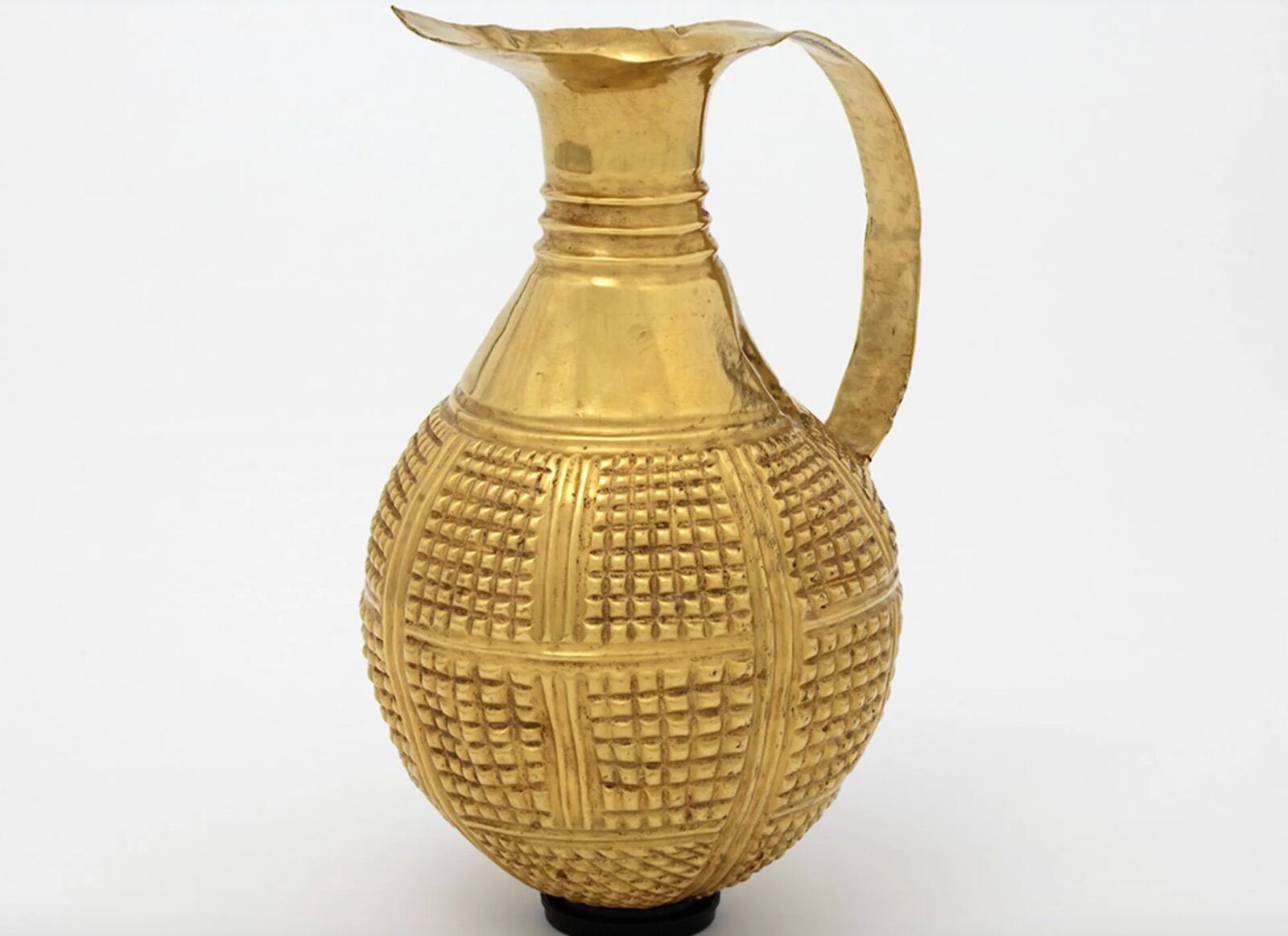 Since 2009, London’s Victoria and Albert Museum has housed a 4,250-year-old gold ewer from Anatolia in modern-day Turkey. The piece, which was on long-term loan by British-born American antiquities collector Arthur Gilbert, has since been linked to a dealer who traded in stolen artifacts, a fact of which Gilbert was allegedly unaware. In 2018, the Gilbert Trust and Turkish Ministry of Culture agreed that the decorative jug should be relocated to the Museum of Anatolian Civilisations in Ankara, Turkey’s capital, where it was displayed this past October.

In an effort to promote provenance research and the repatriation of stolen antiquities, the Gilbert Trust has also commissioned a metalsmith to design an original work explaining the story behind the ewer. It will be displayed in the V&A’s Rosalind and Arthur Gilbert Collection.