Music festival packing lists and top tips are everywhere, and while it’s essential to know what items to bring and how to have the best time possible at a festival, you should also be aware of all no-nos and blunders you should avoid if you don’t want to wreck the vibe.

Amid the glow of lasers and a buzzing crowd, some mistakes are bound to happen, but knowing your music festival etiquette is the first step to becoming the life of the party.

In the end, it pays to read up on the surprisingly common faux pas that you should absolutely never ever do at a music festival — unless you’re aiming to be the most hated person at the party. 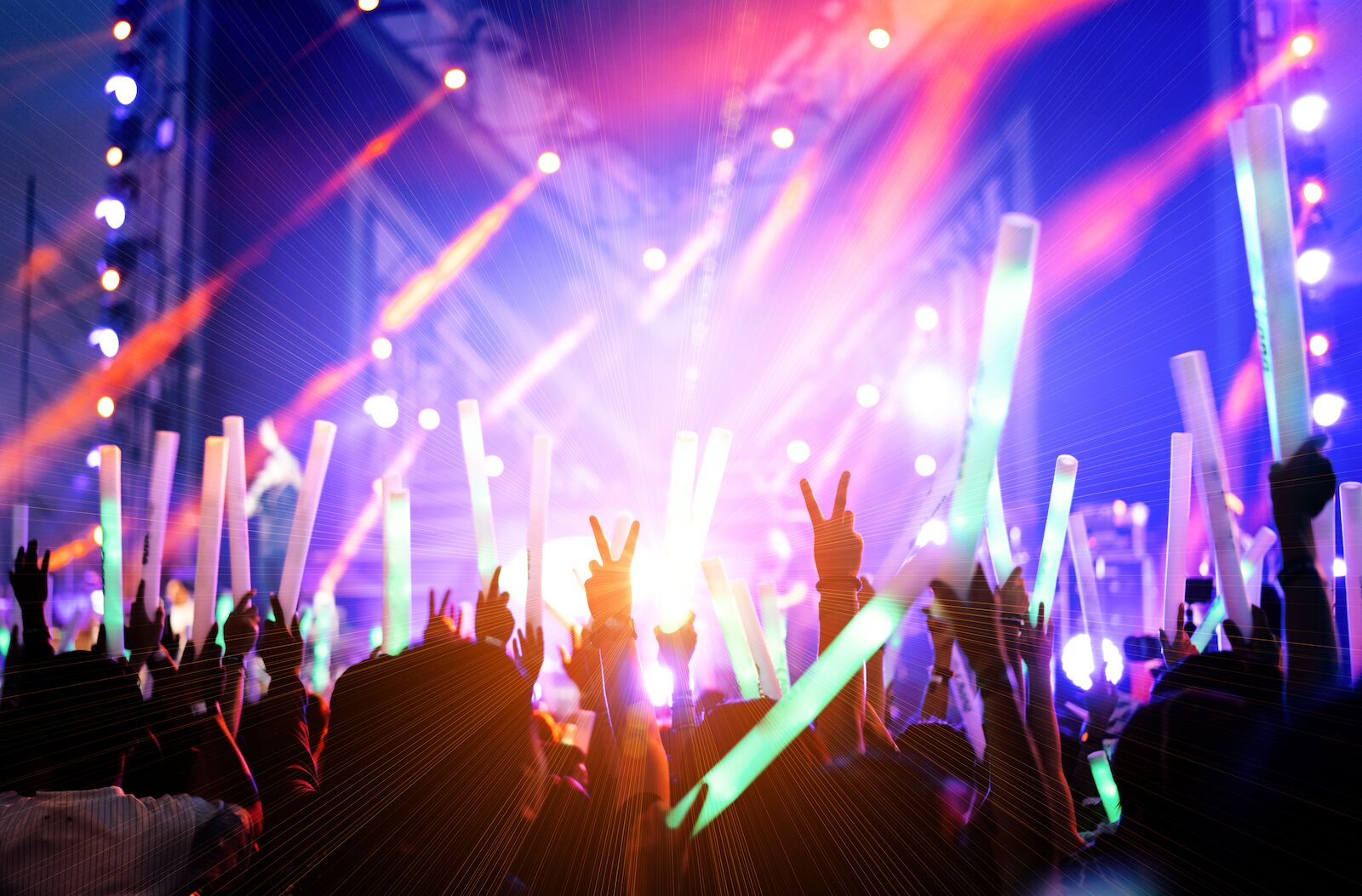 Glow sticks may be pretty but they are an environmental nightmare. Photo: Qilin’s prance Filmmaker/Shutterstock

For a while, glow sticks were a staple in dance music festivals and raves — it was commonplace to see thousands of them hurtling through the air above the audience. Today, public opinion has shifted considerably — they’re not just out of fashion, they illicit scowls.

A growing number of festivalgoers want to ban glow sticks, explaining they do more harm than good when comparing their short-lived utility with the time a discarded glow stick will spend in a landfill. While not definitively toxic to humans, the dibutyl phthalate substance inside glow sticks is an irritant, and can cause considerable discomfort if ingested by a person or pet, or gets in the eyes or on the skin.

Instead of glow sticks, LEDs or battery-operated lights are a better item to bring. You’ll get to use them again and again so you won’t be adding any unnecessary weight to the festival’s carbon footprint.

When you’re trapped shoulder-to-shoulder in a sweat-glazed crowd, clacking a hand fan or screeching into a whistle makes you about as cool as a shoe full of mud. For music fans who make up the lion’s share of those who buy festival tickets, it’s as antagonizing as standing in front of the screen is for movie lovers. We’re here for the music, not for the noise you’re making.

There are plenty of other squawking toys and noisemakers to not be caught dead with other than those two. From miniature flutes to screaming stuffed animals, and light-up laser guns with eight different car alarm sounds at the push of a button — the list goes on.

Don’t be the person who won’t stop talking. For music fans who may finally be getting the chance to see their favorite band or DJ, the incessant jabbering of someone else could be ruining their whole experience.

Similarly, if your phone rings and it absolutely must be answered, walk away from the stage to pick it up. You’ll hear the other person on the call more clearly and they’ll be able to discern what you’re saying a little easier too. And best of all, your friends in the crowd can tell you about the action you missed on stage because they got the chance to enjoy it all without interruption.

There are some music festival taboos people can laugh off, but this isn’t one of them. Touching anyone else without their permission is assault.

Some examples of unwanted sexual advances include touching, kissing, sexually-charged gestures, staring and commenting on the persons physical appearance, or asking for sex. Don’t take advantage of people being drunk, high, excited, or trapped in a crowd to get your way — behave in the same way you would anywhere else and don’t be a perv. 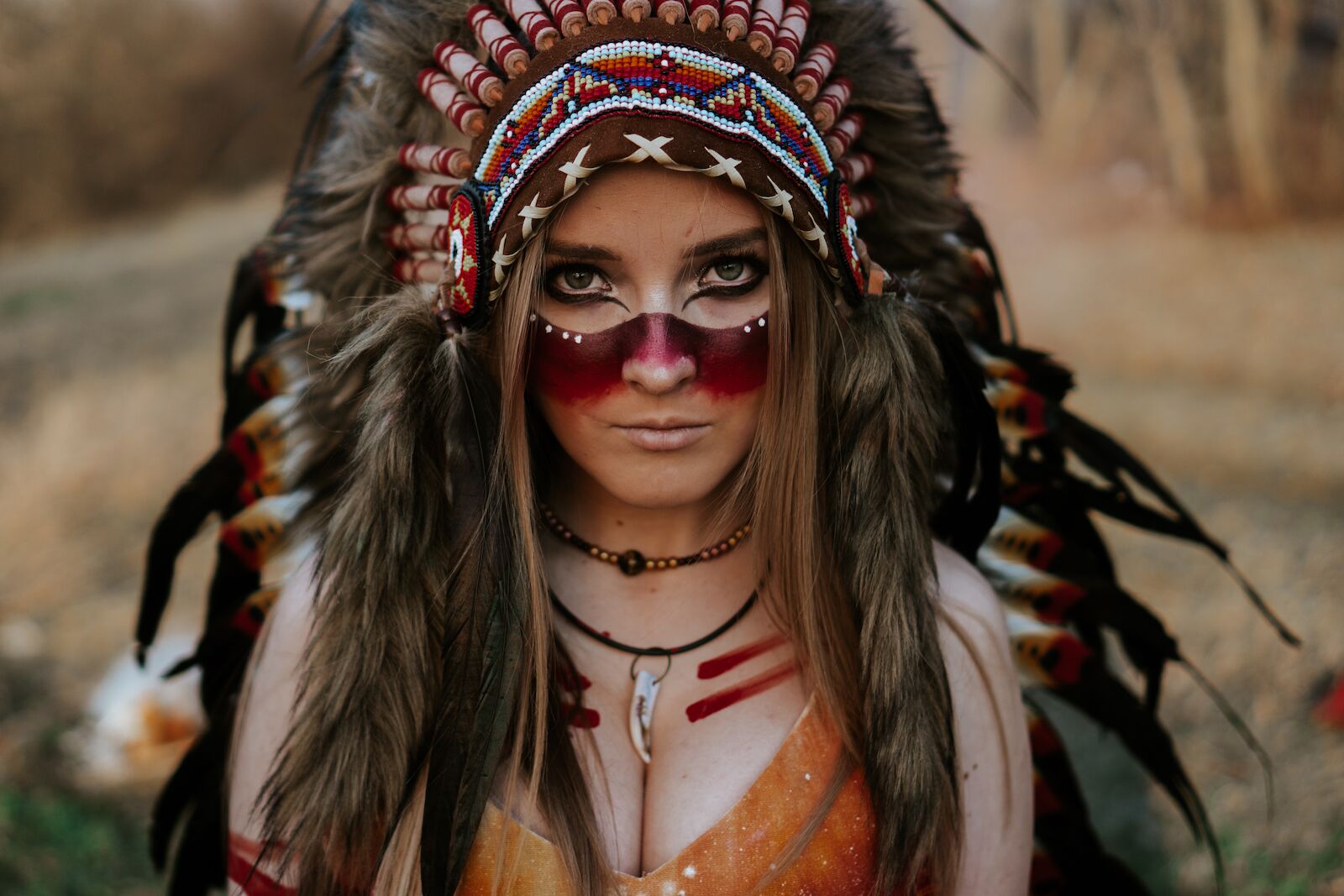 Cultural appropriation is just as unacceptable at music festivals as anywhere else. Photo: Artem Oliinyk/Shutterstock

Wearing a Native American headdress or any other Indigenous clothing items goes beyond the egregious faux pas – it’s a show of disrespect. Using garbs used in sacred customs as a fashion statement or as an accessory at a music festival is a reminder that even after decades of coexistence with white people, the very identity of Indigenous people is still seen as little more than a costume. For those who see music festivals through a lens of peace, love, and unity, headdresses are also a walking contradiction. 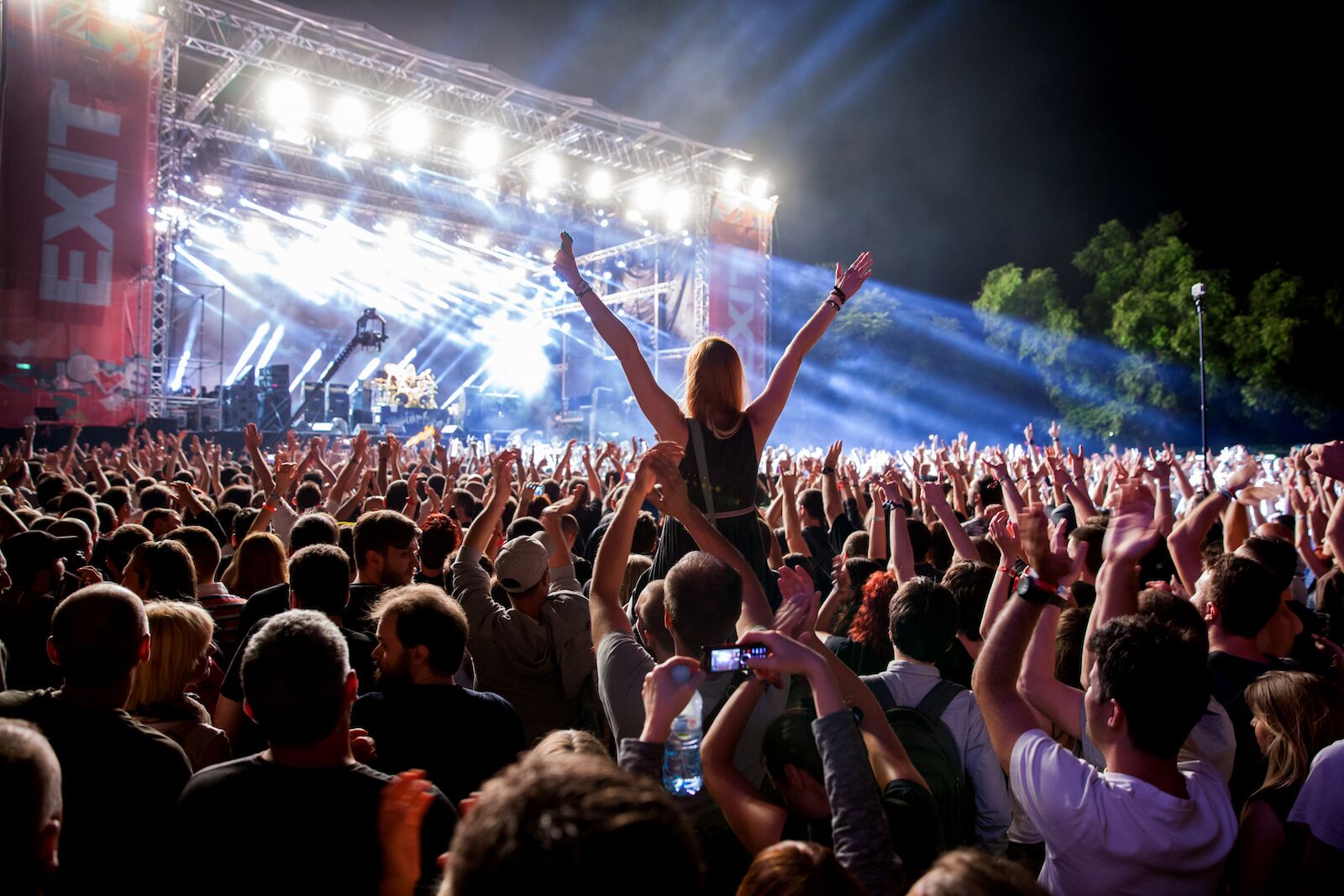 Nobody paid to see your back, or even worse, your butt crack. Photo: Aleksandar Kamasi/Shutterstock

Holding up your phone to take videos, waving around signage, and dancing with totems (a pole topped with a message, cool art, or decorated placard) are just a few of the most commonplace ways people block the view of others. Climbing up on a pal’s shoulders is certainly a great way to see the stage, but if you do it in front of a short festivalgoer they’re going to need to pick up and go somewhere else just to get a chance to see anything, and that’s not fair to them.

When claustrophobia sets in and you absolutely must get into the open air, try not to push through the crowd to do it. At music festivals, throwing elbows is rude, introduces aggression, and can lead to deadly disasters. Shoving your way through a crowd prioritizes your own convenience over kindness to others. Instead, ask politely for a path, make eye-contact with your fellow music-lovers, and if you can, smile to appease all possible tensions. 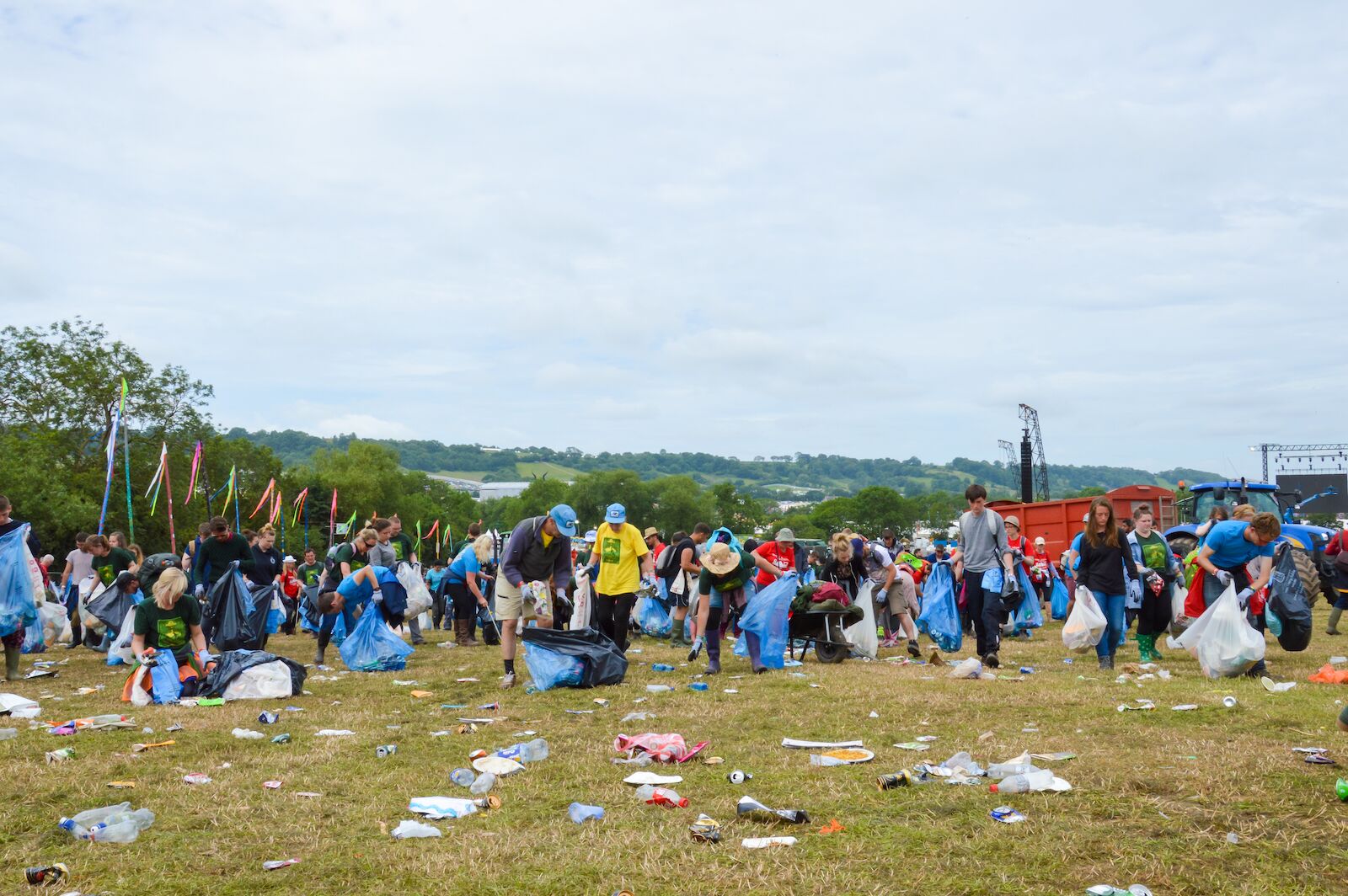 One of the biggest challenges festivals face is trash. How to minimize it, how to recycle it, and how to deal with it when people litter is a headache for every big music event out there.

Regardless of which festival you’re at, it’s going to be frowned upon if you litter. It places an undue burden on the organizers of the festival to clean up after you, and it demonstrates a disrespect toward the venue, the organizers, and everyone who works behind-the-scenes on the event. So, don’t be surprised if you hear someone saying “Your mom doesn’t work here! Pick that up!”

Note that some performance troupes even put litterbugs in the spotlight on the spot with skits and dance numbers dedicated to the discovery of displaced rubbish – which they use to dish out a clever balance of public shaming and loving encouragement.

Music + NightlifeExperts Reveal Their Best Tips on How To Stay Safe at a Concert
Tagged
Events Festivals Music + Nightlife
What did you think of this story?
Meh
Good
Awesome