Tom Gamble, founder of Gamble Family Vineyards in Napa, can’t help but talk about ancient history when the topic of sustainability comes up in conversation.

Gamble’s winery is helping restore the Napa River to what it looked like before it was at the center of a name-brand wine region. To explain why, he starts with the beginning of Western civilization.

Agriculture built civilizations like the Greeks and Romans, Gamble says, but it also played a role in their destruction. “A lot of their farming practices led to soil erosion,” Gamble says over a Zoom tasting. “You can trace overproduction and cutting down trees to this point.”

No trees led to weaker soils, and weaker soils led to less productive agriculture, which eventually led to empire-building to secure more land. The same farming practices then hurt the land in those locations, and the cycle continued.

It’s a slippery slope, and once it’s taken, it takes hard work and lots of investment to get back to a pre-industrial state. Yet if nothing is done to reinvigorate the land, the places we love are lost or altered to a point past recognition. The list of examples over the course of human history is long. Which brings us to Napa, America’s most famous wine region.

Gamble — whose mother was instrumental in forming Napa’s agricultural preserve — is one of a number of people working to restore the Napa River through regenerative agriculture. For some, the solution to the problems facing the region’s environment is beyond what can be fixed through organics and more typical sustainability measures. Winegrowers like Gamble argue that if we want a Napa Valley that’s fertile and healthy, people need to start thinking regeneratively. 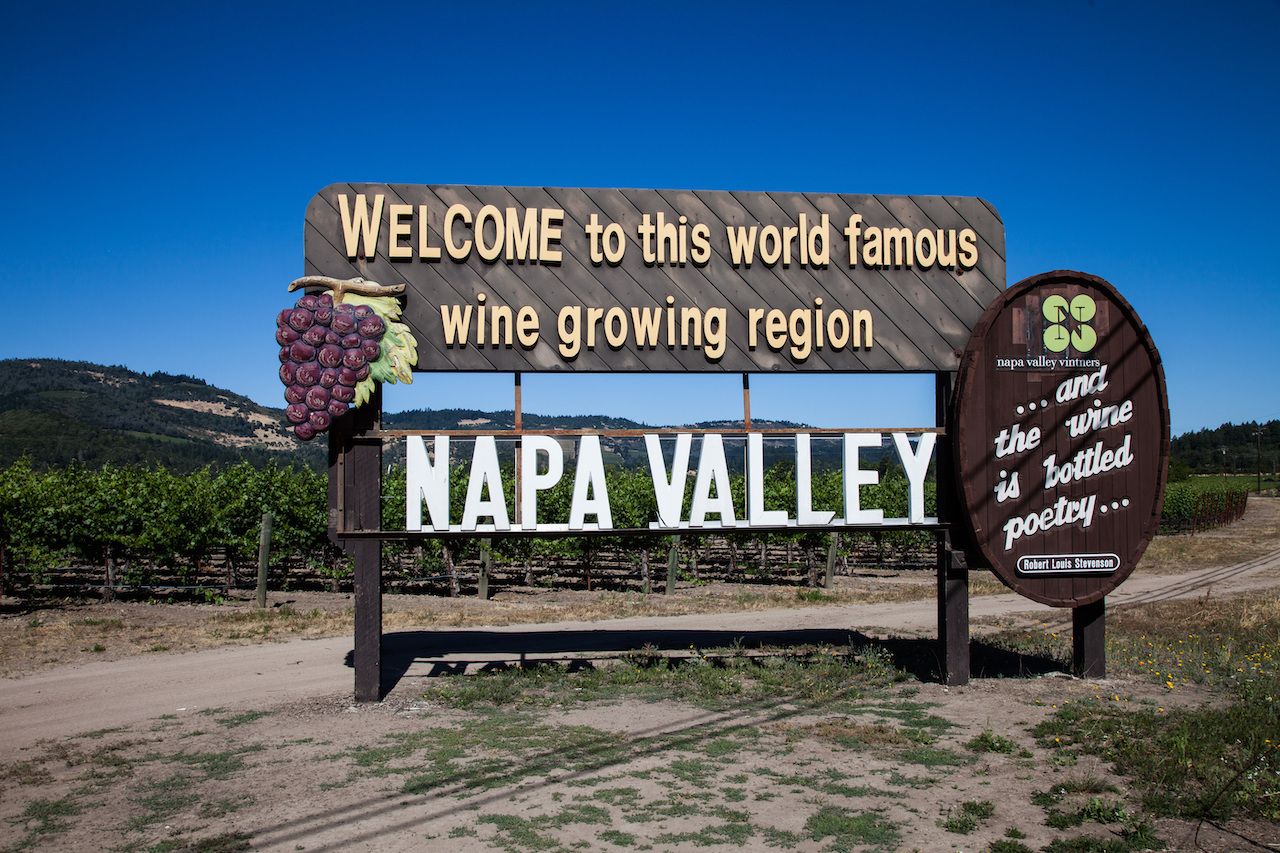 There would be no famous Napa Valley wine region without the Napa River. In fact, there wouldn’t be many of the characteristics that make the region so attractive to visitors. The Napa River flows for 50 miles from Mount St. Helena to the San Pablo Bay, which is the northern body of water connected to the San Francisco Bay. The final stretch of the river starting in the town of Napa is an estuary that ebbs and flows with the tide from the salty San Pablo Bay water.

The river has, historically speaking, supported a healthy riparian zone — the point where the river meets the land. Cottonwood and willow trees once lined the waterfront, and animals like otters, foxes, bobcats, mink, and beavers relied on the forest and water for food and habitat. Hundreds of Chinook salmon and steelhead spawn in the river, though that number used to be in the thousands.

Much of what the Napa River used to look like has changed, according to the river restoration organization Friends of the Napa River. Fertilizers, water diversion, and sediments from road and vineyard development all negatively impact the health of the river. Erosion and plant removal only exacerbates the problem.

Even the government agrees the river needs work. In 2011, The Environmental Protection Agency (EPA) implemented Total Maximum Daily Loads (TMDL) to limit the concentration of fine sediment to help restore steelhead and Chinook salmon populations. The EPA targeted four sources of sediment: rangelands, roads, bank erosion, and vineyards, the industry that made the city bearing the Napa River’s name so famous.

All of this is to say that there’s a lot of work to do, and wineries have a big part to play.

Gamble has told other publications like the Napa Valley Register that Napa’s wine leaders like Chuck Carpy, Jack Davies, and Robert Mondavi all deserve credit for bringing sustainability to the region’s wineries — both in terms of pay for workers and for environmental measures. Gamble’s own recognition of the importance of protecting the Napa Valley for future generations started early.

Gamble’s grandfather, Launcelot, started a cattle ranch and farm in Napa County in 1916. Wine wasn’t part of the equation, but agriculture was, and the farm passed down to Gamble’s father, George, and uncle Launce. Vineyards came in the early 1970s when the Gamble family started selling grapes to other wineries.

Yet there’s a chance there would be no wineries or vineyards here if it wasn’t, in part, for Gamble’s mother Mary Ann McGuire. She went farm to farm with a portable typewriter in the 1960s, “a foot soldier and young mother” as Gamble puts it, to encourage farmers to sign a letter to protect Napa’s agricultural history. The result was the Napa Valley Agricultural Preserve. Thanks in part to the reserve, developers scuttled plans to build a freeway through Napa Valley, and many suburbanization proposals were dropped.

“It all comes back to the most forward-thinking people in Napa Valley: the people who are my parents’ age who started the Napa Valley Reserve,” Gamble says. “If we didn’t have those zonings, we would have gone the way of the Santa Clara Valley, which is better known as the Silicon Valley.”

Gamble’s more recent efforts are the evolution of those first pushes to protect vineyards and the natural environment.

The evolution from sustainable to regenerative 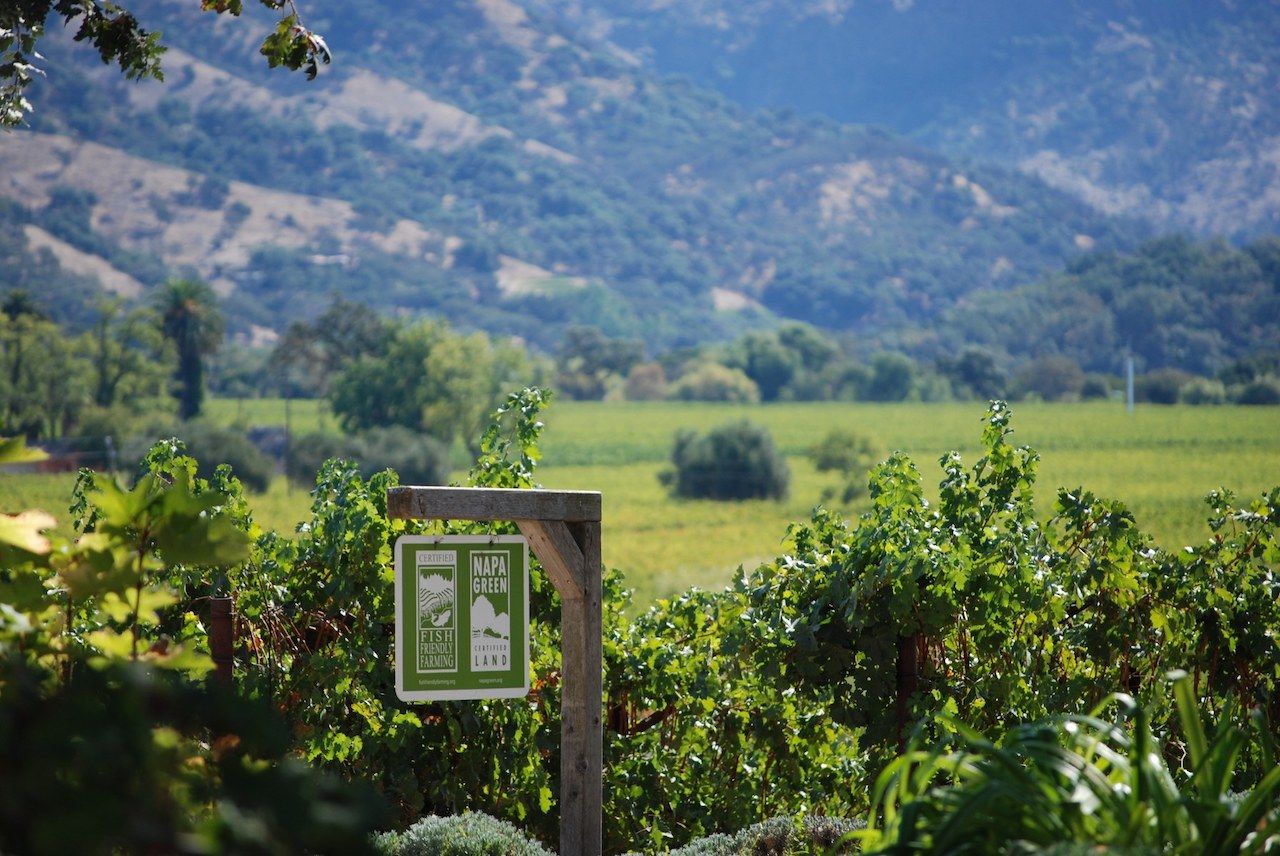 Gamble’s dedication to river restoration and regenerative agriculture was a long time coming. He went to the University of California after graduating high school in 1979. In his college years, he was influenced by Rachel Carson’s 1962 book Silent Spring, which examines the impact rampant pesticide use has on the environment. He was a member of the Abalone Alliance, a group that practiced civil disobedience from the mid-70s to the mid-80s to promote “saner energy policy” and keep the Diablo Canyon Power Plant near San Luis Obispo, California, from opening and operating (though the Abalone Alliance delayed the plant, PG&E ultimately opened the reactor in 1985). Throughout his protesting years, Gamble adds, he was listening to plenty of Jackson Brown.

“I had my awakening in school, and I think it’s been an evolution, not a revolution,” Gamble says. “Two steps forward and one step back.”

When it came to running his own vineyard, part of that environmental evolution initially included making all of his vineyards certified organic. Then, in 2009, the European grapevine moth came to Napa. The larvae of the invasive species thrived off of the Napa Valley’s famous grape flowers and fruit.

“It was so bad that the state and our ag commissioners mandated that you spray for this because we had to get rid of [the grapevine moth] before it took over,” Gamble says. “I’m not naming any names, but another organic farmer refused to do any of these sprays [to stay organic]. But it was overwhelming my organic defenses, which was already tripling my farming costs.”

Eventually, Gamble gave up his organic certification so he could use the spray. The other organic practices stayed the same, but the spray negated his official certification, which would take years of applications to get back.

What he eventually settled on was a holistic approach to the environment both in the vineyard and the surrounding land. He became active in Napa’s River Restoration project and earned a Fish Friendly Farming certification to help protect salmon spawning waters. He also earned Napa Green certifications for both the land and winery that require a focus on sustainability measures, carbon sequestration, and practices that foster the return of wildlife to their natural habitat. This approach ensures his vineyards do no further harm to the land while ensuring the land just outside of his vineyards and his property line thrives too.

In short, it’s an approach that looks at vineyard management as one part of a wider ecosystem. And it has the potential to change the landscape of America’s most visited wine region and beyond.

Today, beavers are back (though they do keep taking Gamble’s newly planted trees for their own construction projects). More fish are appearing in parts of the river that have gotten cleaner, which in turn brings back otters and birds. Coyotes and bobcats stroll the banks. Napa may have a reputation for being a more glamorous side of wine country than its close neighbor Sonoma, but the real treat is watching the natural environment flourish through regenerative practices.

Twenty miles along the Napa River have been restored over the past two decades, Gamble notes in a presentation on river restoration. He adds that the private sector is responsible for cleaning up 900 acres. The presentation also included Gamble’s numbers: In a one-mile stretch, 4,000 trees were planted in 2019, bringing the total close to 100,000 native trees.

Gamble hopes in seven generations, people will no longer worry about the river because it’s already been restored. It’s a way of thinking that Gamble credits to the Haudenosaunee (also known as the Iroquois) Seventh Generation Principle, which states the actions taken in the present should consider seven future generations. 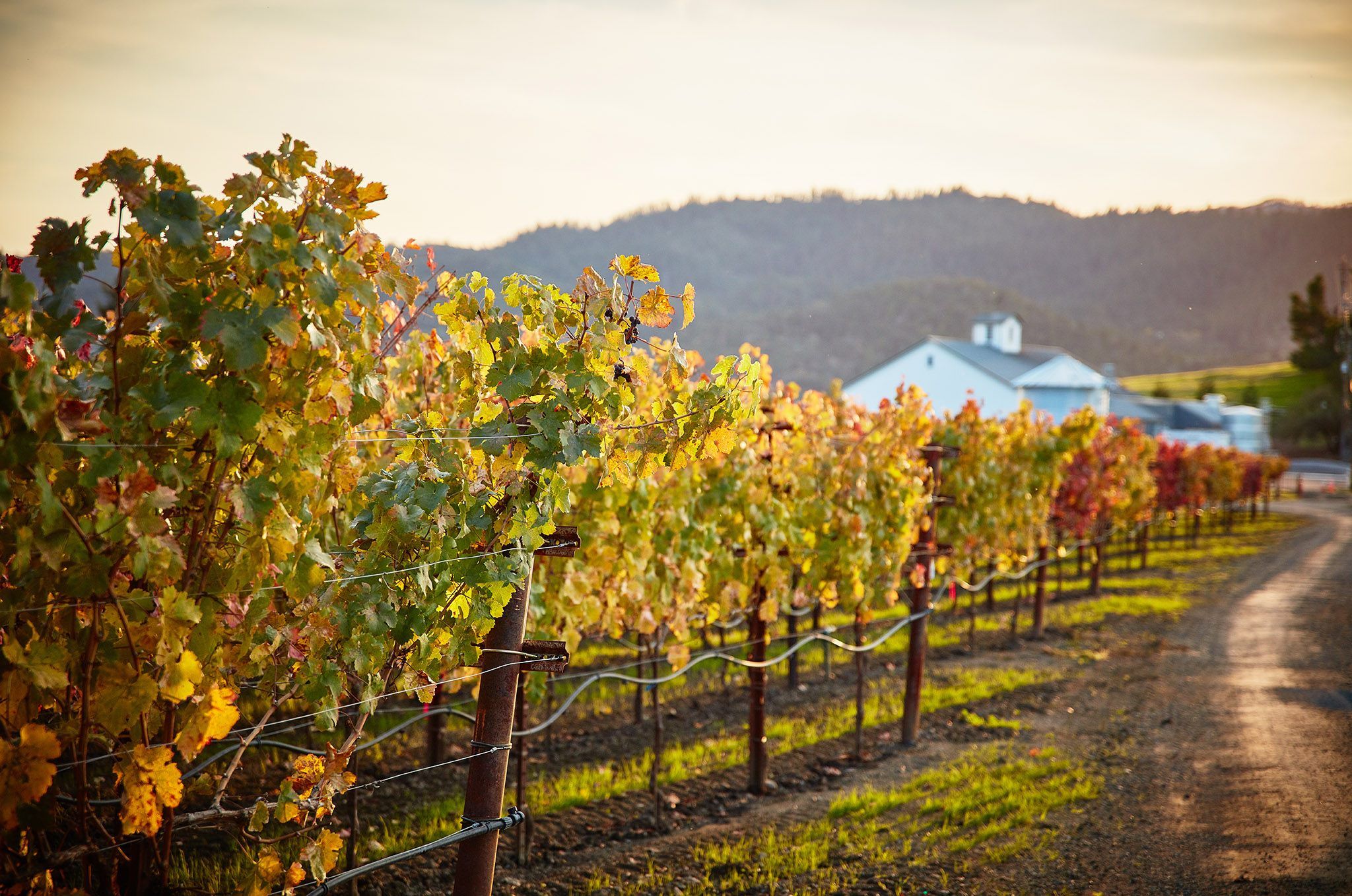 Gamble is far from alone in his endeavor. Vineyard owners and winemakers know all too well that a healthy environment means better tasting wine.

Elsewhere, organizations like the Regenerative Organic Certified group are setting standards for carbon sequestration and soil health across the country.

Wineries can’t do it alone, but in the Napa Valley, they play an important role in ensuring that the generations after us still have a wine region to visit.

For the Other Side of California Wine Country, Turn To the State's Brandy