Both the beluga, with its white skin and gentle smile, and the narwhal, with its spiraling tusk, look like creatures straight out of legends. It’s therefore not surprising that the union of these two marine mammals, unheard of until recently, brought about some seemingly magical being: the narluga.

Recent DNA analysis of the skull of an unusual-looking whale caught in Greenland in the 1980s (one of three killed by a subsistence hunter) has led researchers to the conclusion that hybrids between narwhals and beluga whales can exist. The three whales had flippers like belugas, tails like narwhals, grey skin, and a skull larger than typical belugas and narwhals. 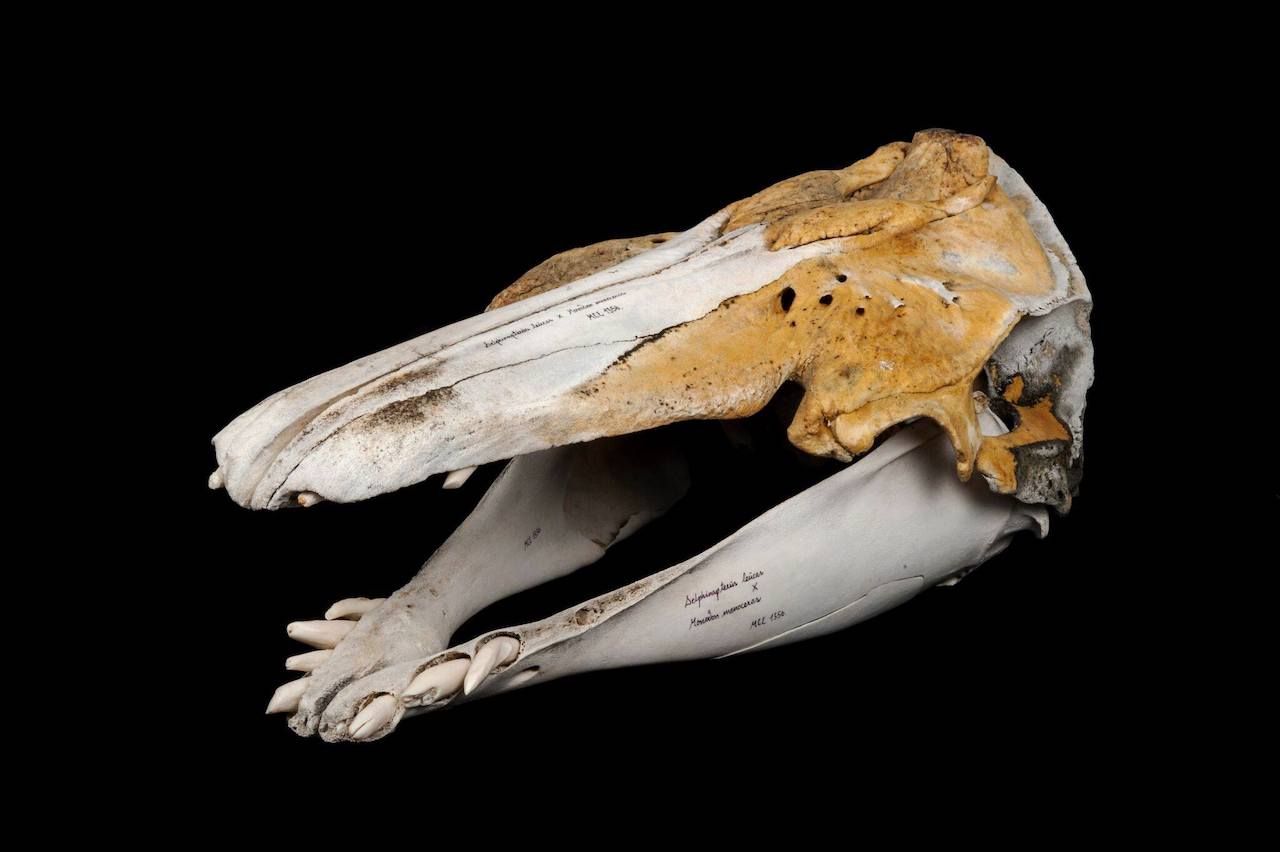 The teeth of the specimen found and examined are probably the most intriguing part of the discovery. It’s a mix of the beluga’s 40 identical teeth and the narwhal’s single unicorn-like tusk; the narluga skull has 18 teeth, sticking out of its jaws, some of them spiralling like a narwhal’s tusk — a dental hybrid if there ever was one.

According to researchers, there has been no evidence that the two whale species have interbreeded over the past 1.25 million years, meaning this hybrid specimen could be an extremely rare occurrence.