The Naxi ethnic group in China has a cuisine unlike any other in the country. It’s bursting with flavor, from smoked pork served with beer-soaked fruit to blood sausage and bean jelly. It’s also a cuisine that’s spent ages growing and changing.

The historic kingdom of the Naxi people is nestled in the Yunnan Province — near the Himalayas — a region they’ve lived in for thousands of years. It’s by the ancient Tea Horse Road, now modern-day Lijiang, and has withstood the rise and fall of many an era and emperor. The city’s grassy tiled roofs and worn cobbled streets still stand as a monument to a number of cultures that have passed through. If the matriarchal structure and pictographic language of the Naxi people doesn’t completely captivate you, we guarantee that their cuisine will. Naxi food is an explosion of flavor and color that will challenge everything you thought you knew about Chinese cuisine. 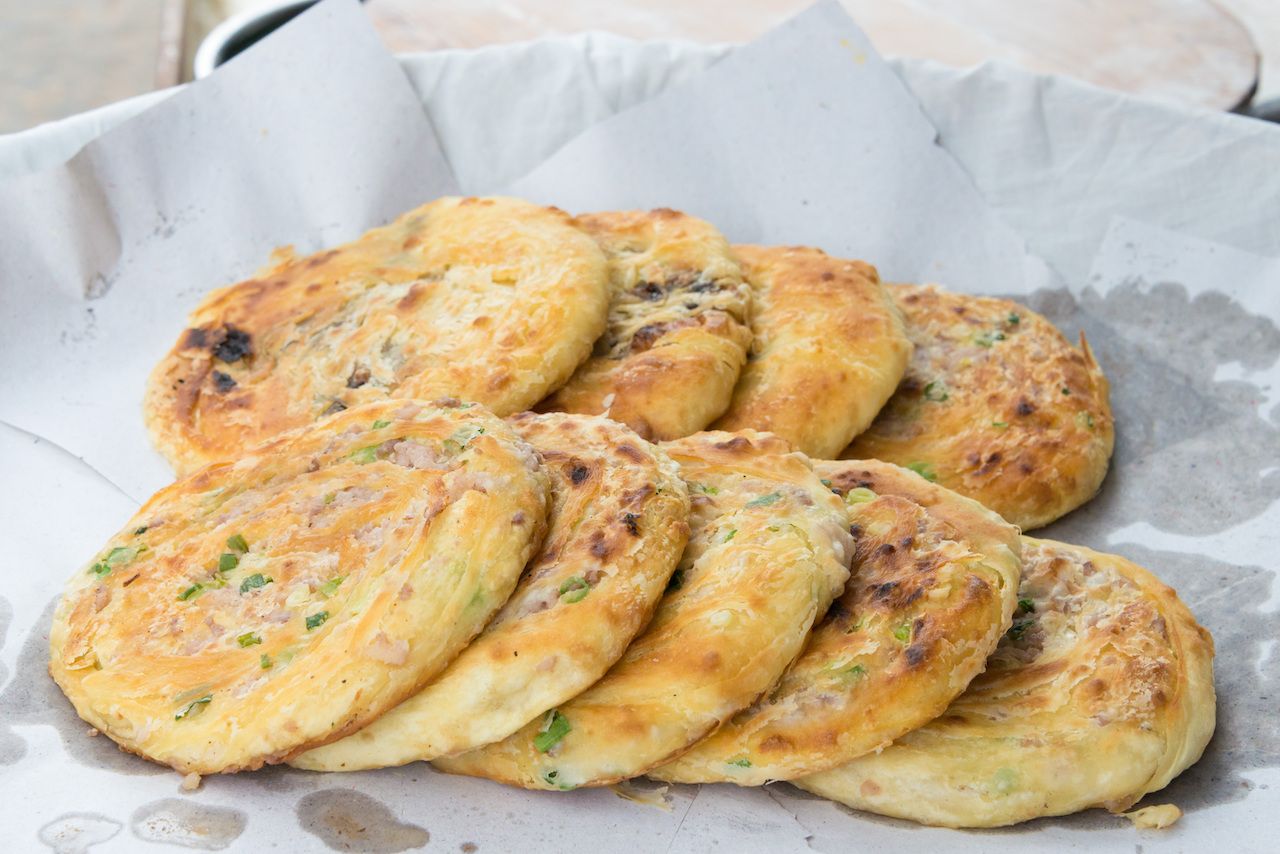 Early in the morning when the mist is still rolling off the mountains, a little old lady trundles her cart up to our apartment entrance, heats her wok, and dutifully begins frying up big rounds of fresh dough. This is baba, affectionately titled “Chinese pizza crust” by Lijiang’s foreign community and the makeshift nickname isn’t far off the mark. The soft fluffy bread can be topped with egg, chili peppers, ground meat, fermented vegetables, or all of the above.

Dried pork is a common dish in several of the cuisines of China’s minority groups, and the Naxi serve it many ways. One version stands out, however: hunks of cured pork carved paper thin and coupled with slices of pear soaked in a local beer. The sticky, sweet, and boozy flavor of the fruit mixed with the salty smoky ham is a powerful punch to the taste buds that you won’t forget. You’re most likely to see this dish served during a special 18-plate, three-course Naxi feast called san die shui (三叠水). 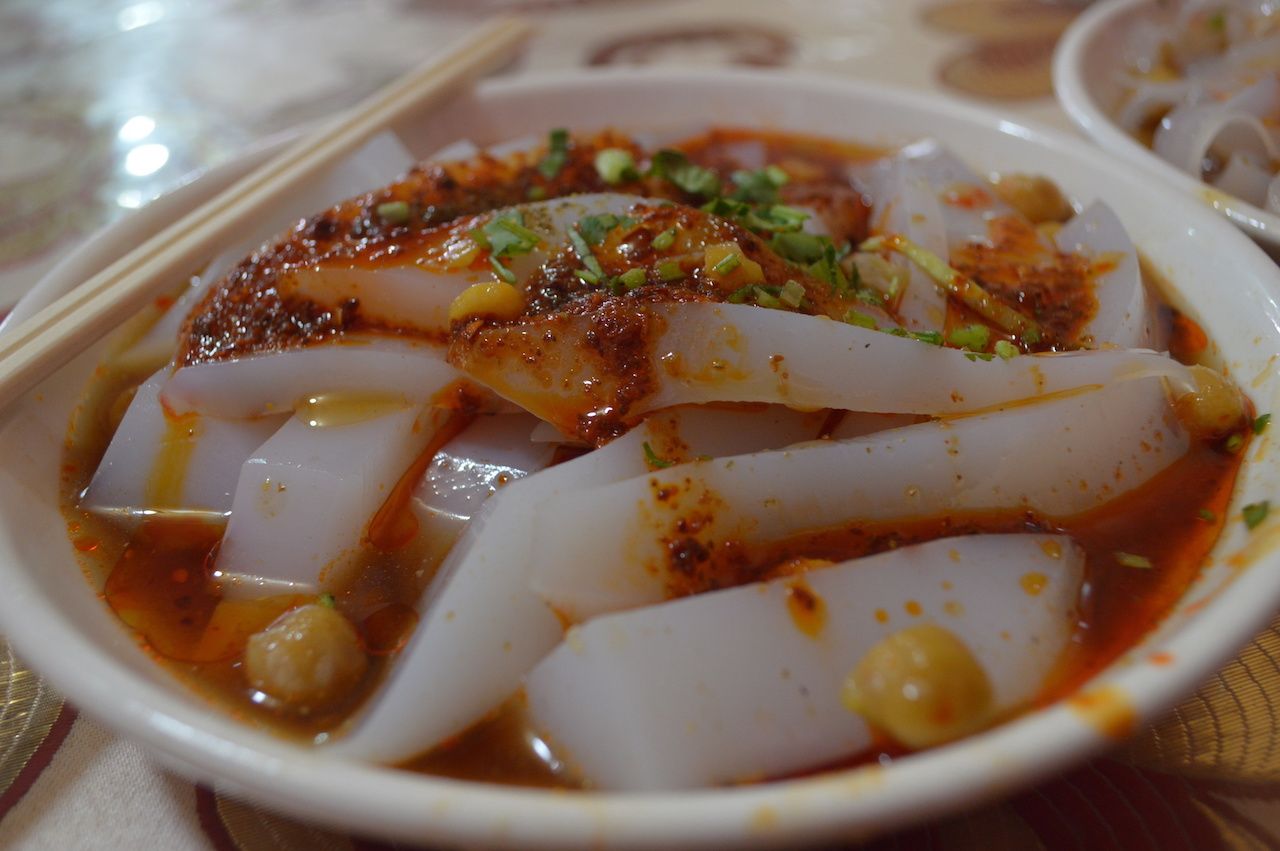 This much-loved snack food can be served cold or hot. Its primary ingredient, as the name suggests, is chickpeas that have been ground into a powder, cooked, and chilled. Sometimes it’s served on its own, and other times it’s fried up with other ingredients like chives, mung bean sprout, flour, vinegar, soy sauce, sesame oil, garlic, and ginger. On a hot day, a sliver of cool, smooth jelly bursting with cilantro, garlic, and chili peppers is incredibly refreshing and a little bit addictive.

Er kaui literally means “ear piece,” probably referring to its appearance when served as a noodle dish. Thin, broad chunks of dough are fried with soy, sugar, chili peppers, and garlic for a pile of caramelized goodness. The rice dough can also be prepared as a grilled wrap, overflowing with crisp fermented vegetables. It’s the perfect grab-and-go snack. 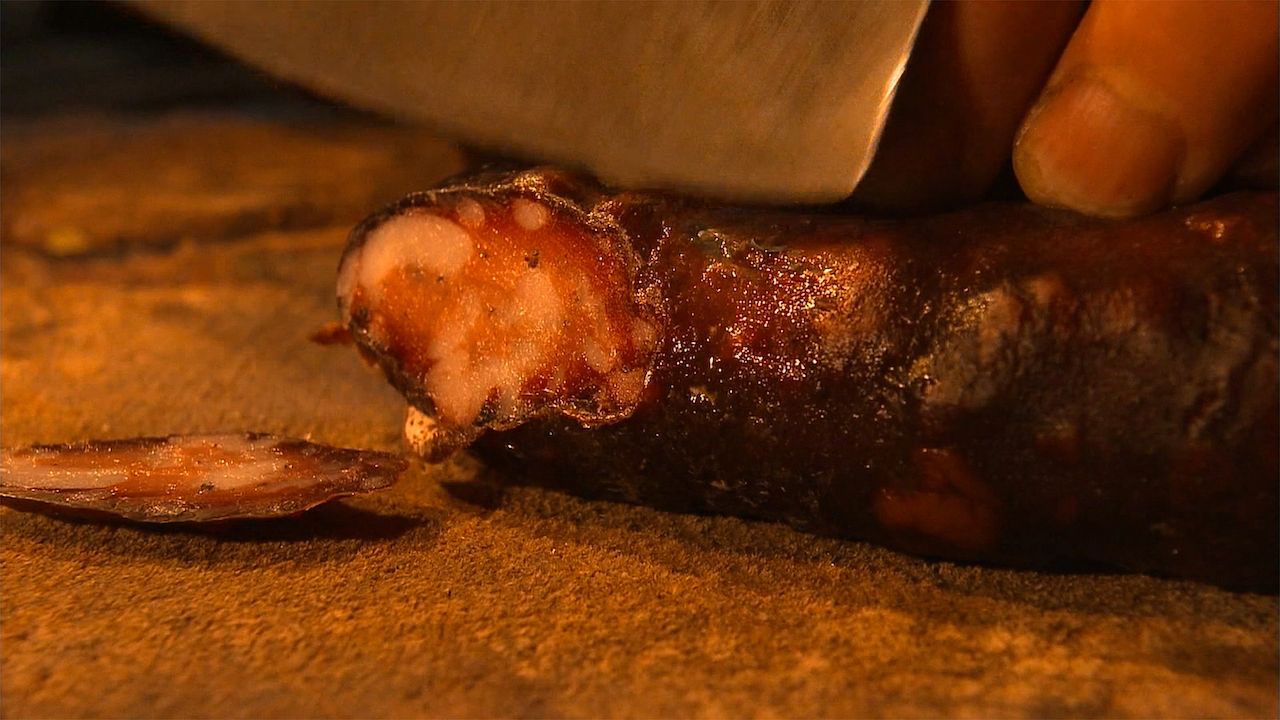 Traditionally made after ritual pig sacrifices before ceremonies and festivals, Naxi blood sausage is a mixture of pig’s blood, savory spices, and rice that’s poured into a pork intestine casing. Today, the sausage is a warming, fragrant dish that’s perfect for a late-night bite from a roadside barbecue (shao kao, 烧烤) stand.

This dish also has roots in ceremonies with pig sacrifices, but it can’t be eaten until at least a month later. The liver is inflated to twice its original size before being filled with a mixture of white wine and white pepper. The bright flavor of the wine and pepper is a good complement to the silky smooth but earthy liver. Chui gan is served thinly sliced in sesame oil with a generous pile of cilantro during the New Year holiday. 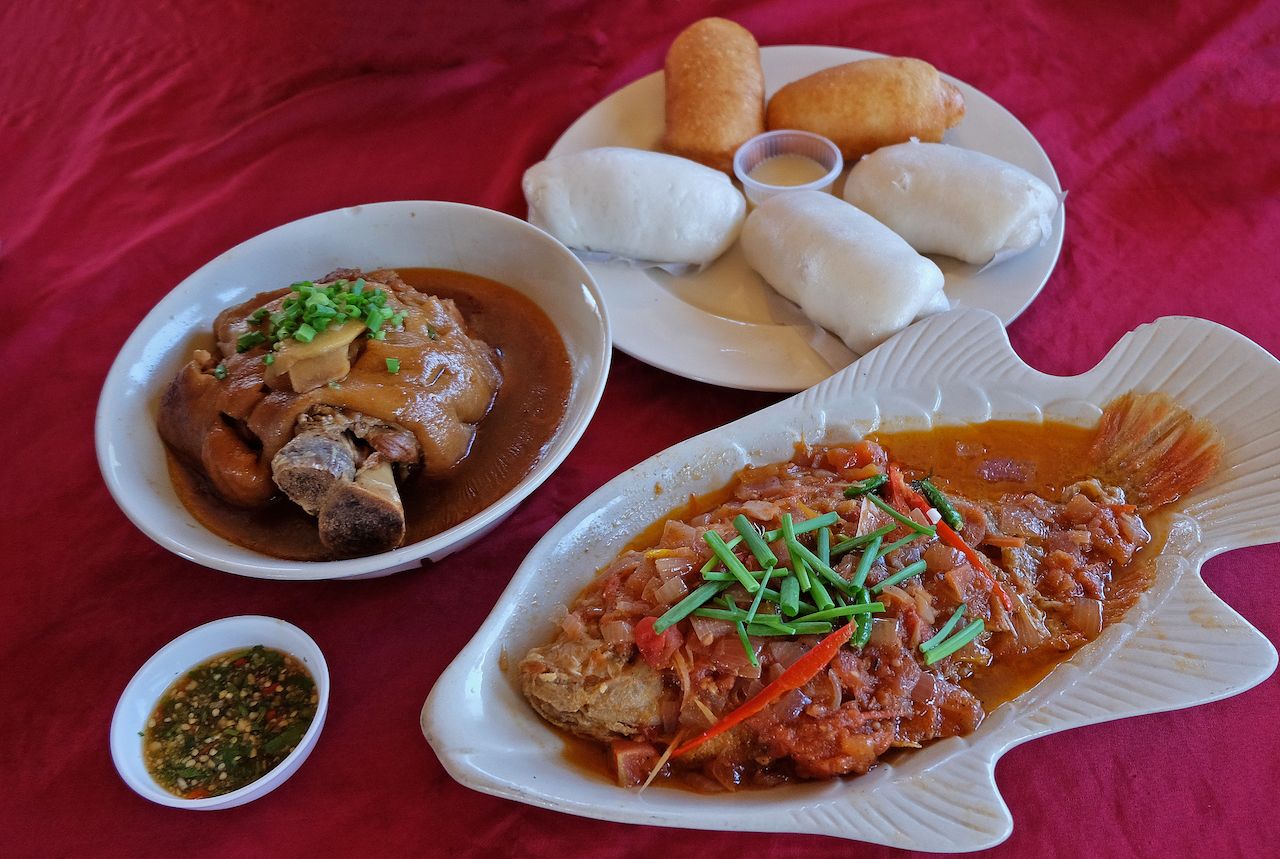 Naxi cuisine tends to be liberally flavored with chili oil and numbing peppercorns, yet is beautifully balanced with an equally liberal amount of mint and cilantro. Naxi grilled fish is a classic example of this delicate mastery. Local river fish are marinated for hours in black vinegar and cilantro before being laid on a scorching hot grill and cooked until the skin is crackling and the meat is flaky tender. The fish is laid on a bed of fresh mint and then drowned in a spicy vinegar sauce. Try this dish on a laid-back evening in the heart of Lijiang’s ancient city with a cool glass of Naxi plum juice.

Food + Drink6 Regional Chinese Dishes That Show Off the Country’s Culinary Diversity
Tagged
Food + Drink
What did you think of this story?
Meh
Good
Awesome