China is one of the most diverse countries in the world when it comes to food. In the western part of the country, dishes are influenced by spices traditionally traded along the Silk Road while in central and southern China, food is often loaded with spicy peppers. Eastern China is home to dim sum and soup dumplings. This all goes to say that there’s no one “Chinese food.” These six regional foods give you a taste of China’s culinary diversity. 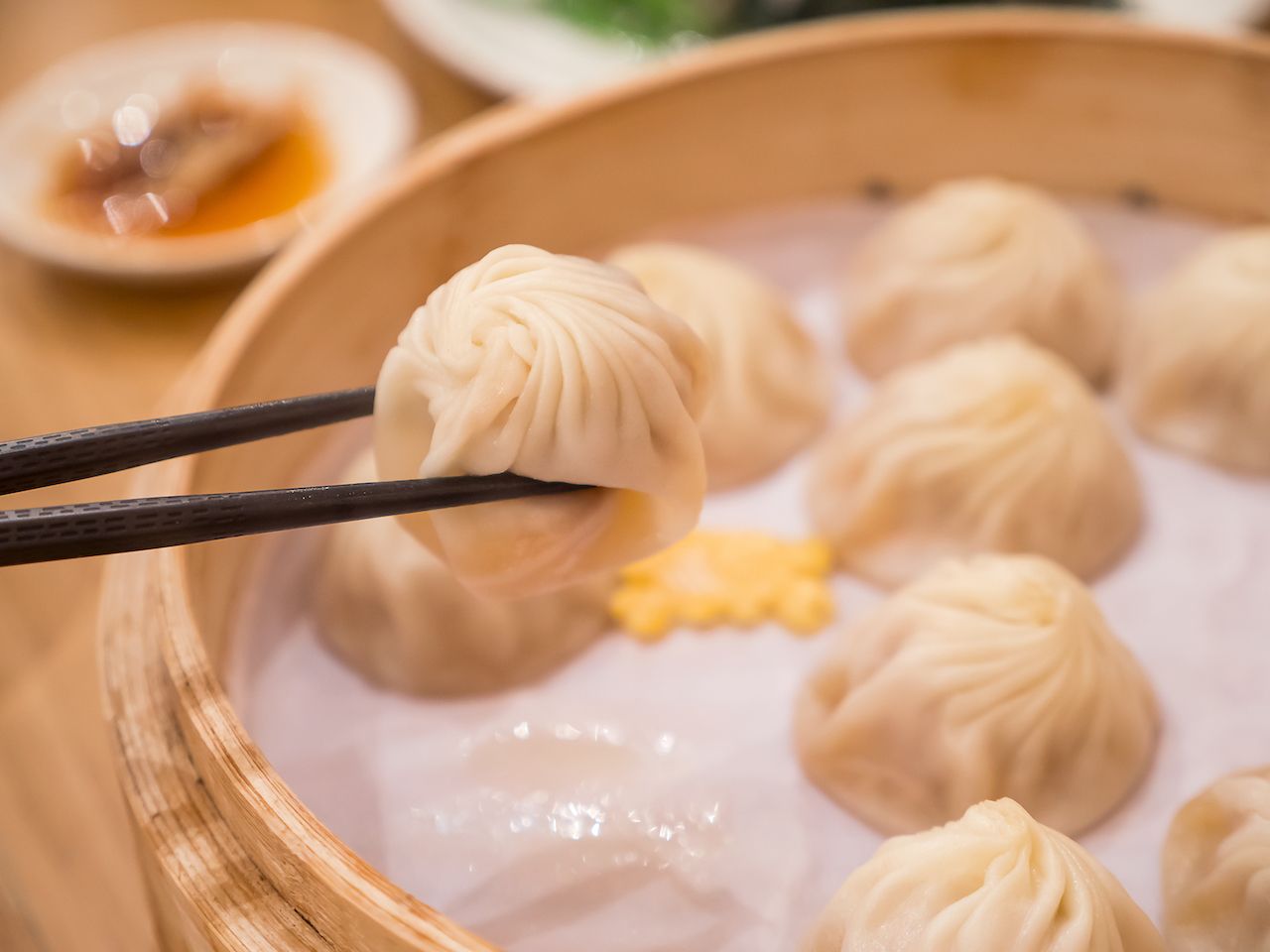 According to legend, xiao long bao were first created in 1875 in Nanxiang, which is just outside of Shanghai. Unlike other dumplings, a rich, searing hot broth is inside the dumpling skin along with meat. They’re traditionally eaten with fresh ginger and vinegar. Xiao long bao have become the international darling of dumpling lovers around the world (and inspired a Pixar short film called Bao), but it all started just outside of China’s largest city. If you want to eat them in the city they’re from, the Michelin-starred chain Din Tai Fung has locations around Shanghai. A popular hole in the wall is Jia Jia Tang Bao just north of People’s Square.

Xi’an was the capital of Imperial China from the 11th century BC to 900 AD. It’s famous for the archaeological site housing the Terracotta Warriors, but those in the know visit the Muslim Quarter for some of the world’s best street food. On the street within the old city walls, dozens of hawkers serve up a flatbread that’s crispy on the outside, soft on the inside, and stuffed with spiced pork, beef, or lamb. It’s called rou jia mo, and it’s known as the Chinese hamburger because of its appearance. Rou jia mo, however, is much, much older than what Westerners think of as a hamburger. 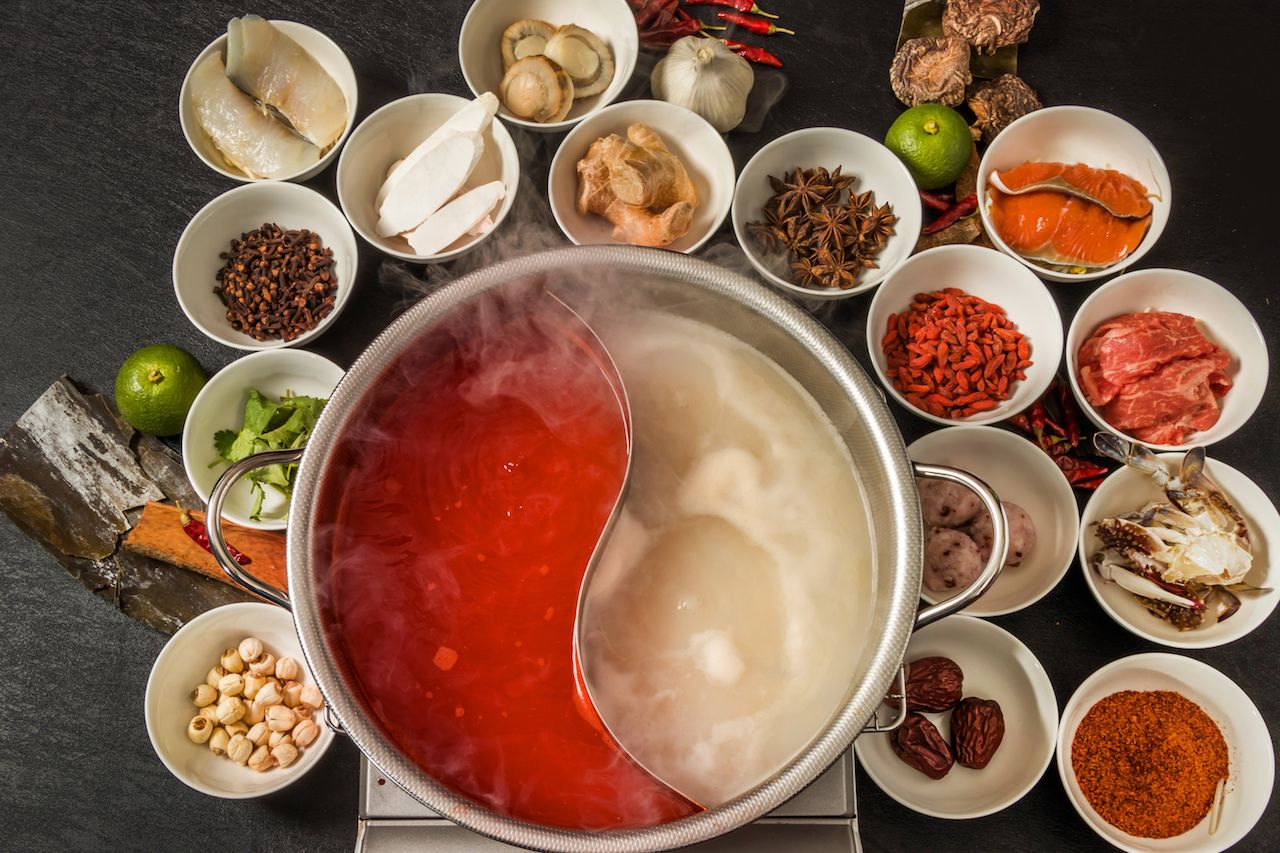 Chengdu is one of only a handful of cities in the world to be recognized by UNESCO for its culinary tradition. It’s the capital of Sichuan Province, and no visit is complete without a late-night outing at one of the city’s hundreds — if not thousands — of hot pot restaurants. Sichuanese hot pots feature two bubbling broths: a fiery, mouth-numbing red ma la broth of chili and Sichuan peppers, countered by a subtle white bone broth to cool off your scorched palate. You place the meat, vegetables, and noodles in the side you want and cook it yourself at the table. If you’re in the Chengdu and want to narrow your search for the best hot pot, Jordan Porter, owner of Chengdu Food Tours, suggests Bashu Dazhai Men or Qingnian Huguon.

Chongqing is a hilly city in the Sichuan province just down the river from Chengdu, and it’s known for its mouth-numbing Sichuan peppers. Xiao mian (little noodles) is a dish made up of thin wheat noodles and vegetables served in a broth with ma la chili oil. The main thing to know is that it’s spicy, and it’ll shock anyone unprepared to handle the extreme heat. It’s not just for lunch and dinner, either. Locals in Chongqing will eat these spicy noodles topped with a fried egg for breakfast. 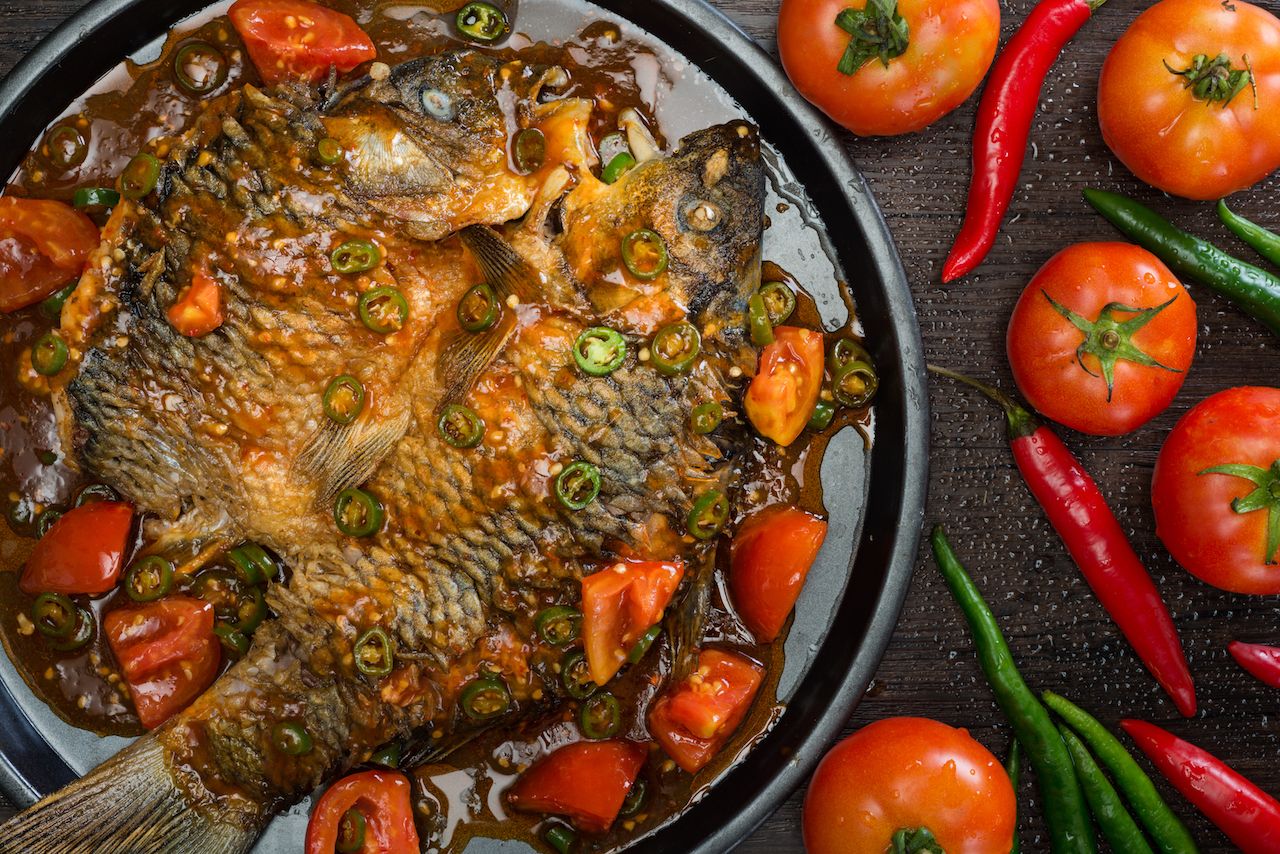 Yangshuo is a picturesque town in the Guanxi province near China’s southern border with Vietnam. It’s known for outdoor sports and its stunning green limestone hills. Though Yangshuo isn’t exactly famous for its culinary tradition, sometimes one dish is enough to put a place on the map. In this case, that dish is a deep-fried freshwater carp from the local Lijiang River that’s braised in beer with tomatoes and chilli peppers. The origin story goes that a fisherman overcooked his carp until its skin was dark and crunchy, then poured a bottle of local brew, Liquan, into the pan. Thus, a legendary dish was made. If you have a chance, try it at Meijie Lijiang Beer Fish and you’ll know why locals say, “You don’t know how delicious it is till you try it in Yangshuo.”

You cha (oil tea) is like nothing else on this list — and like nothing you’ve ever tasted. An indigenous dish of the mountainous people in the region, the Yao, Miao, and Dong all make their own version but all a similar preparation. First, a tea broth is made with tea leaves that are deep-fried before steeping. Then it’s served with puffed cereal, toasted rice, caraway seeds, and scallions. The deep green, herbal broth is a caffeinated pick me up, medicinal concoction, and breakfast cereal in a single bowl. Try it in any of Guilin’s local tea shops or take a day trip to the panoramic Longsheng rice terraces to lose yourself in the natural beauty of China’s tea country.

CultureI Am From China. Here’s What Americans Get Wrong About My Homeland.
Tagged
Food + Drink China
What did you think of this story?
Meh
Good
Awesome

What You Should Know Before Getting a Chinese Massage in Beijing